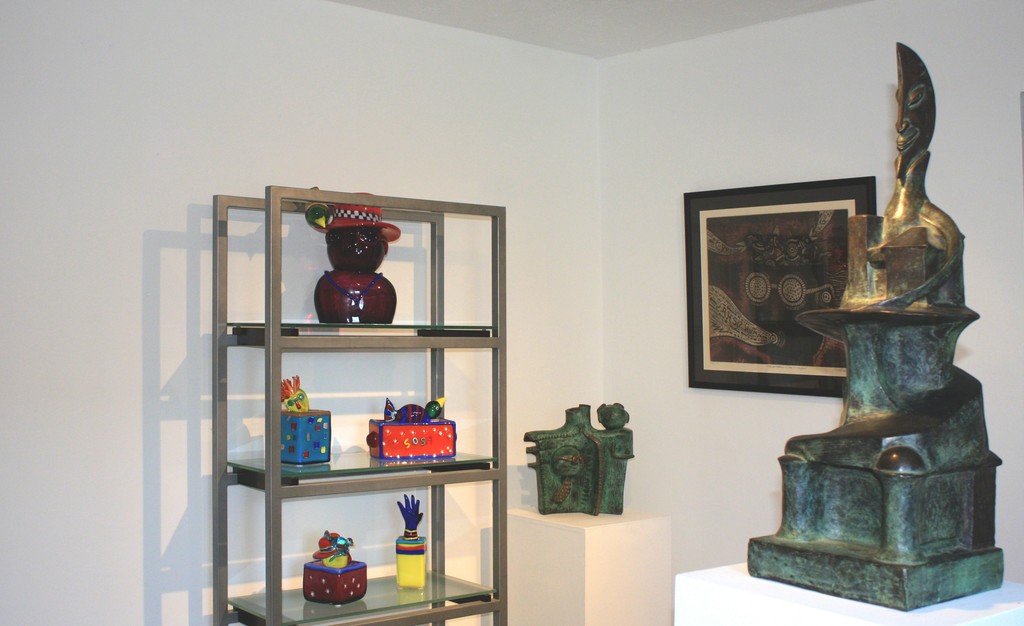 Everything in life is relative. Everything has its opposite, this is why humanity tends to think in binaries - we see things in white or black, good or bad, etc. For this reason we are easily manipulated to think that whatever is for the elite is thus not for the masses, which is not important anyway as nothing belongs to the masses, they have no power to lay claim to anything. With this exhibition we propose to open a debate on the significance, and transcendence of the concept of multiples or editions and on their place within private and public collecting.
Many questions immediately surface surrounding this theme. Indisputably, the term "multiple edition" relates to the intention to make art more accessible to the masses, creating a tension between something that is one of a kind, exclusive, and something that is mass produced, which inevitably leads to the bigger tension between the elite and the masses. Is this too a mechanism established by the market, really more a play on words than in actual application?
Does a work of art that is editioned ever really reach the masses? At what point is an edition of 50, 100, 200, or 500 copies considered mass production? Who are the elite, how many people does it include? Is a "limited" edition something that can belong to the masses? Beyond this, is something that is mass produced truly unlimited?
What is indisputable is that a work produced in multiples, or in limited edition, provides an accessible option in the market as a valid investment because it is validated by the creative process of an artist, which is the true test of value in aesthetics, concept, placement in the market, etc. Ultimately this places the ability to build the value of the work in the hands of the collector, an ability which still remains in the hands of relatively few, which may be lamentable or not depending upon which side of the fence you stand.
Highlights include works by:
Belkis Ayon, Luis Cruz Azaceta, Abel Barroso, José Bedia, Edouard Duval-Carrié, Los Carpinteros, Colin Garland, Kcho, Guido Llinas, Roberto Matta, Alicia Penalba, Sandra Ramos, Robert Rauschenberg, Graciela Sacco, Carolina Sardi.
Also included in the exhibit are new and out of print international art books and catalogs.
About the Gallery:
Pan American Art Projects was established in 2001 with the mission to exhibit and promote prominent artists from North and South America concurrently, providing a context for dialogue between the various regions. We represent a strong roster of contemporary artists of the Americas and hold a collection of works by masters from Cuba, Argentina, the U.S. and the Caribbean. Our programming reflects these complementary arenas providing a comprehensive historical context to contemporary tendencies in the visual arts from these regions.