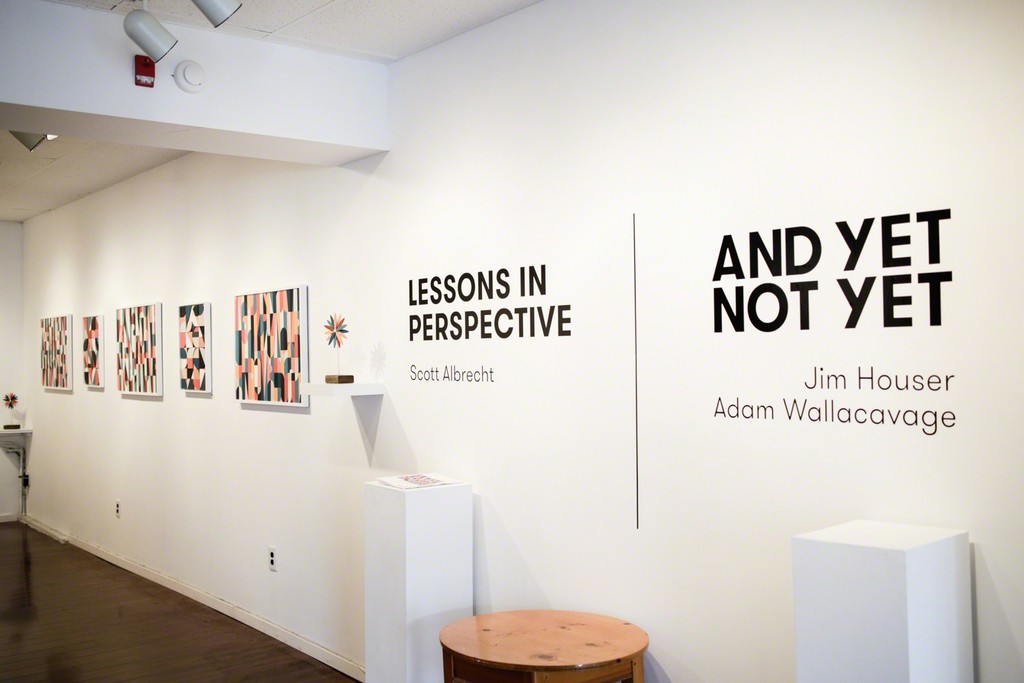 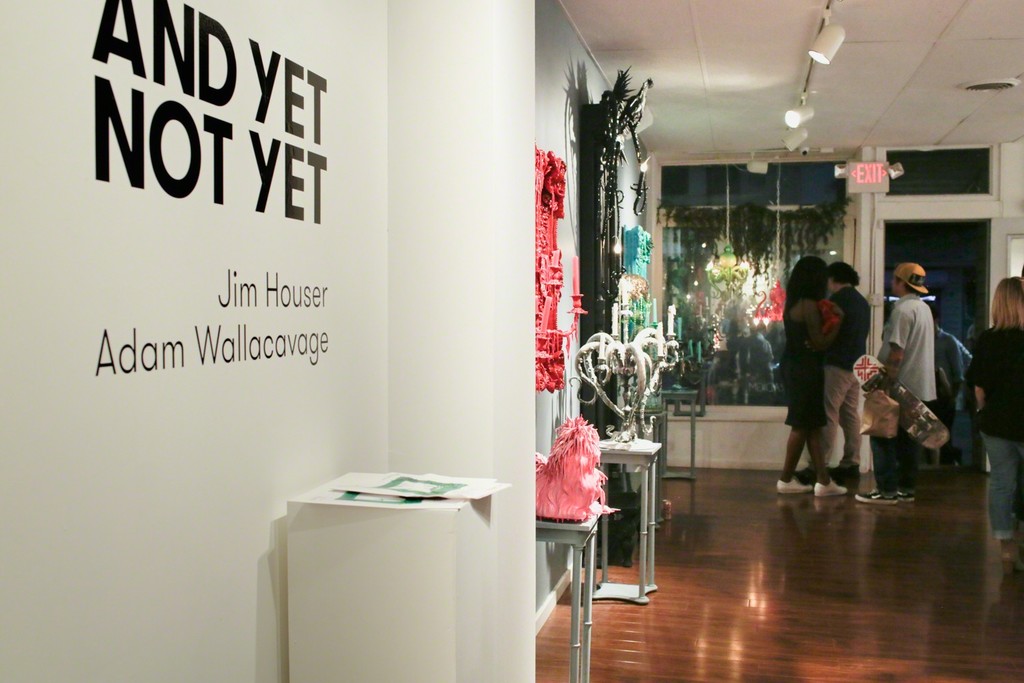 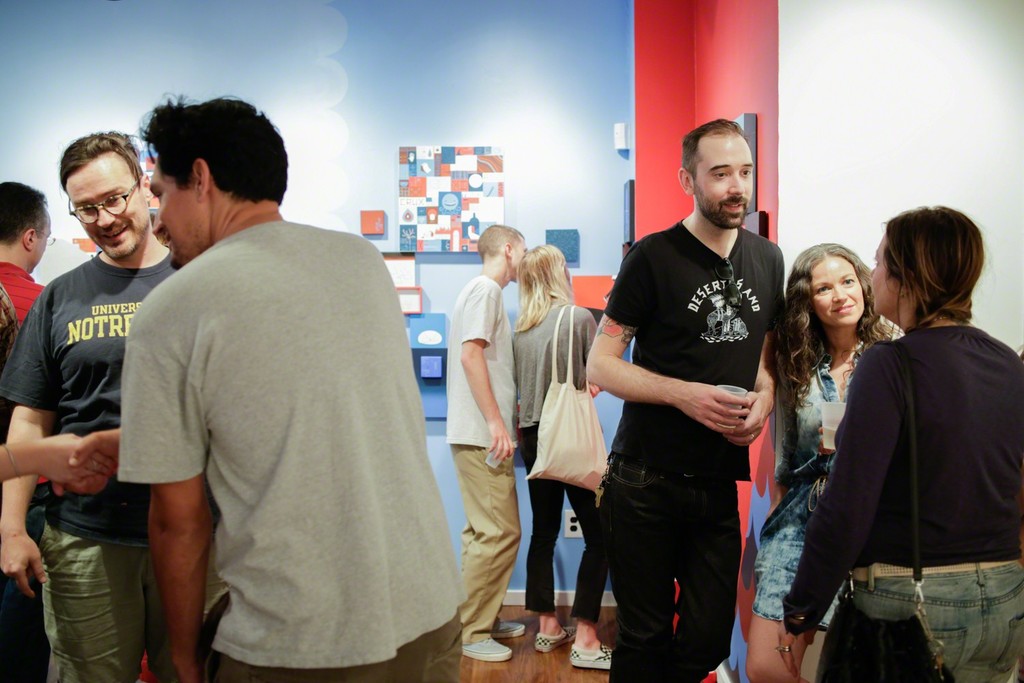 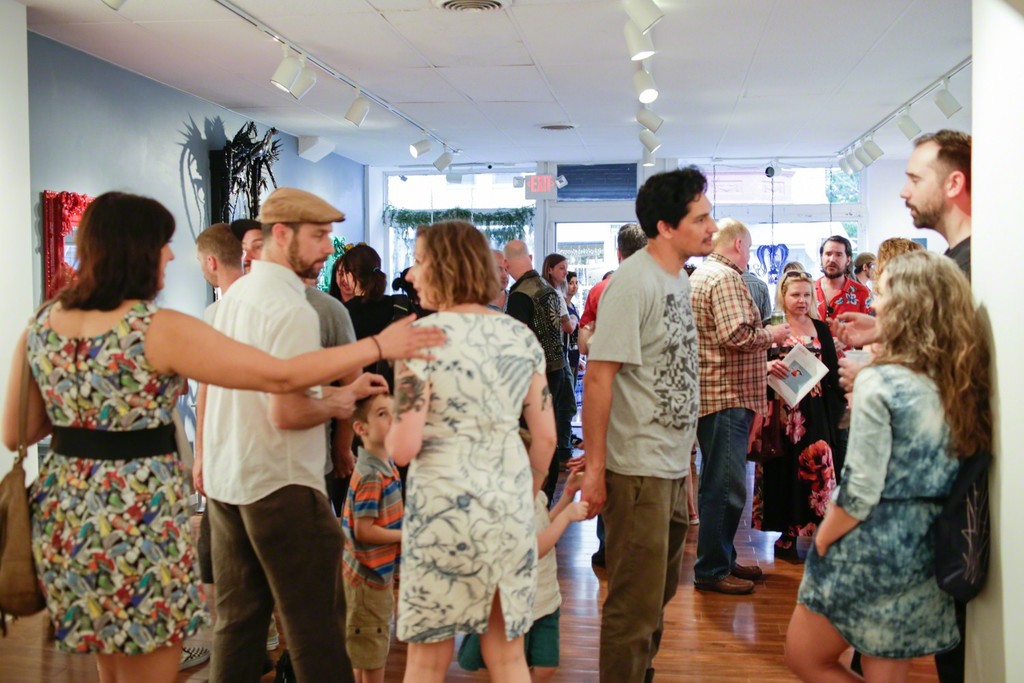 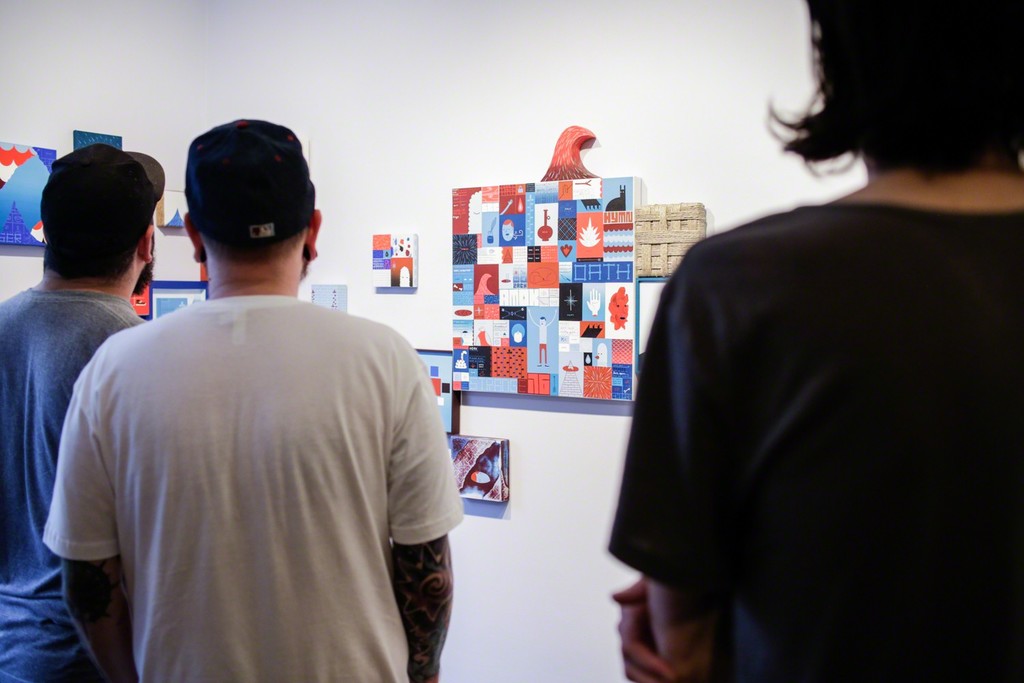 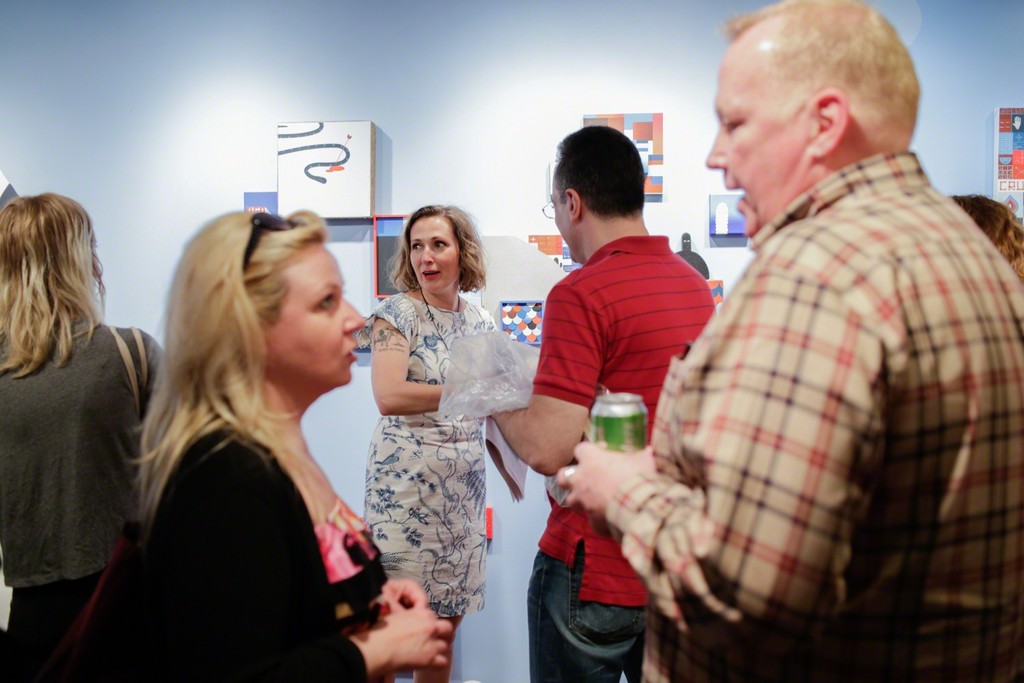 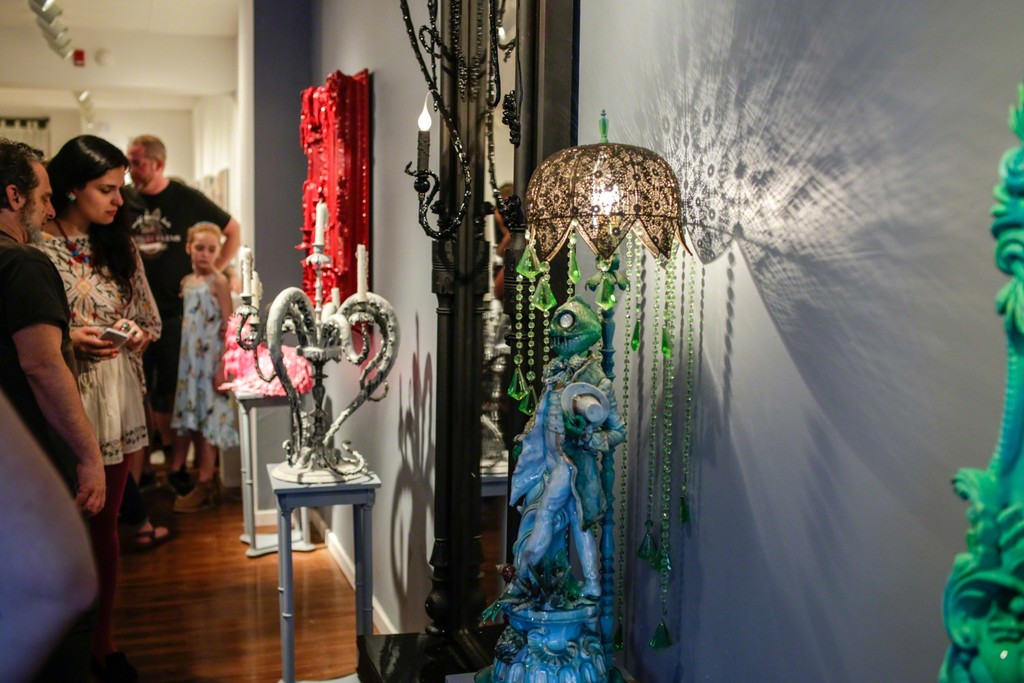 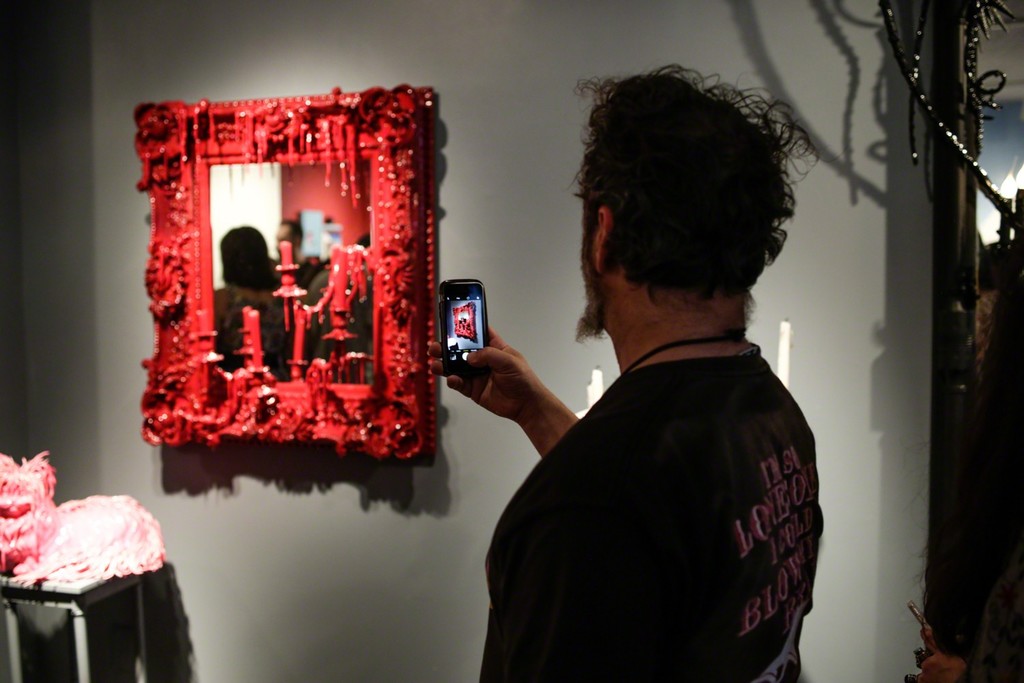 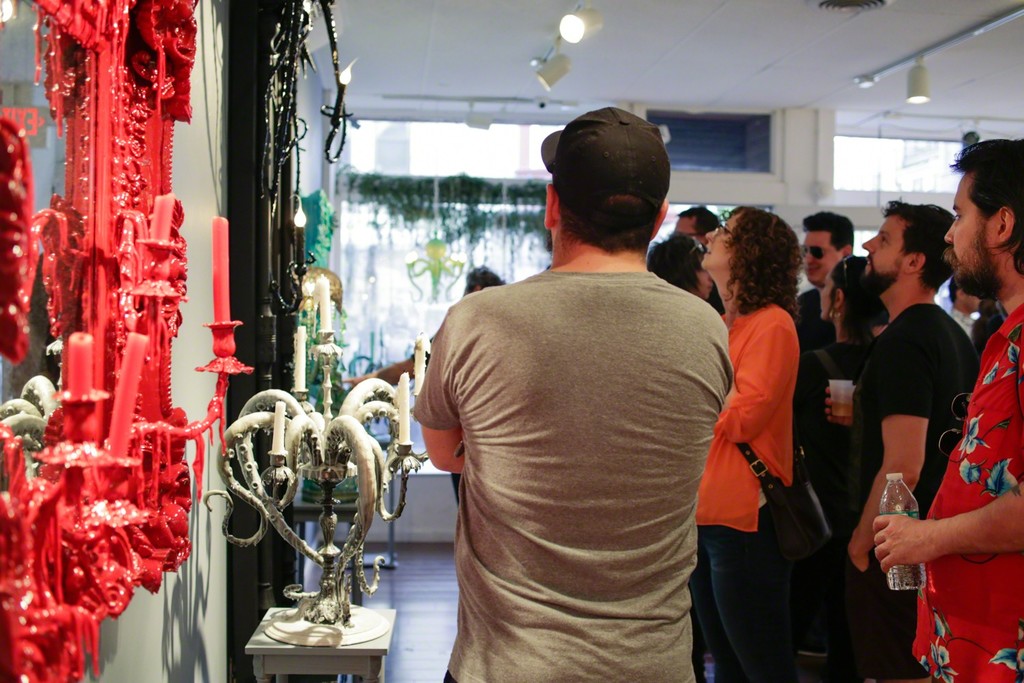 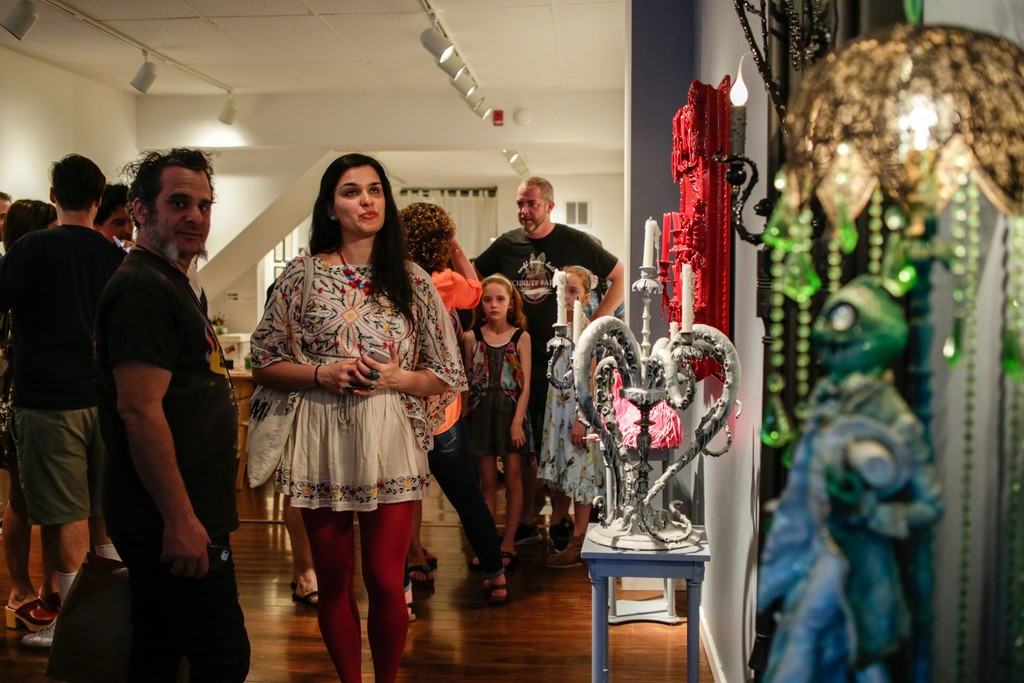 Paradigm Gallery + Studio Presents
AND YET NOT YET works by Jim Houser and Adam Wallacavage
April 28 - May 20, 2017

All involved parties (gallerists and artists) are available for comment or other media requests. Please email [email protected].

JIM HOUSER | Jim Houser was born in 1973 in Philadelphia, Pennsylvania, the city where he currently resides. He is a self-taught artist and an honorary founding member of the Philly-based artist collective Space1026. Houser’s installations create a mapping system, cataloguing his thinking . His work explores the cadence of speech, science and science fiction, sickness and disease, plants and animals, time travel, ghosts , the art of children and the gravity of fatherhood , codes and code breaking, music and music making .

Through Houser’s signature style of visual poetry and personal iconography, the artist extends his practice of self-examination to include the topic of art making itself. Works serve to consider Houser’s relationship to the artwork he creates, the compulsion to create it and how his lifestyle has been formed, consequently. Houser’s collages become visual poems through which he cathartically communicates his most private thoughts and emotions with surprising candor. By cataloging his experiences and feelings through a unique pictorial language, the artist creates his own brand of curative iconography. Houser’s aesthetic often mixes stylized figures, hand-drawn typography and geometric shapes, creating quilt-like collages in a cohesive color palette.

Houser layers acrylic on wood, fabric and found objects, blurring the lines between collage and sculpture. Once combined, it becomes clear that all of his works are associative and directly related. This deceptively dimensional quality is further highlighted when the pieces are assembled into one of the artist’s elaborate installations, adding to the complexity of each individual piece by emphasizing a greater inter-connectivity to the body of work as a whole.Houser’s collages, paintings and installations have been exhibited in museums and galleries throughout the United States, Europe, Australia and Brazil. His work is included in the permanent collection of the Philadelphia Museum of Art and the Philadelphia Academy of Fine Art.

ADAM WALLACAVAGE | Adam Wallacavage is an American artist, based in Philadelphia, Pennsylvania. Inspired by sea adventure stories, gaudy kitsch, church ornamentation, and interior design, Adam Wallacavage is best known for his octopus chandeliers that mix Art Nouveau motifs and surrealist imagination. Wallacavage casts the forms using traditional ornamental plastering techniques, then paints them with pigmented epoxy resin, iridescent powders, and glitter. Initially trained as a photographer, in 2006 Wallacavage published Monster Size Monsters, a book of colorful, highly saturated photos of artists, musicians, and skateboarders, as well as a range of oddities such as taxidermy.