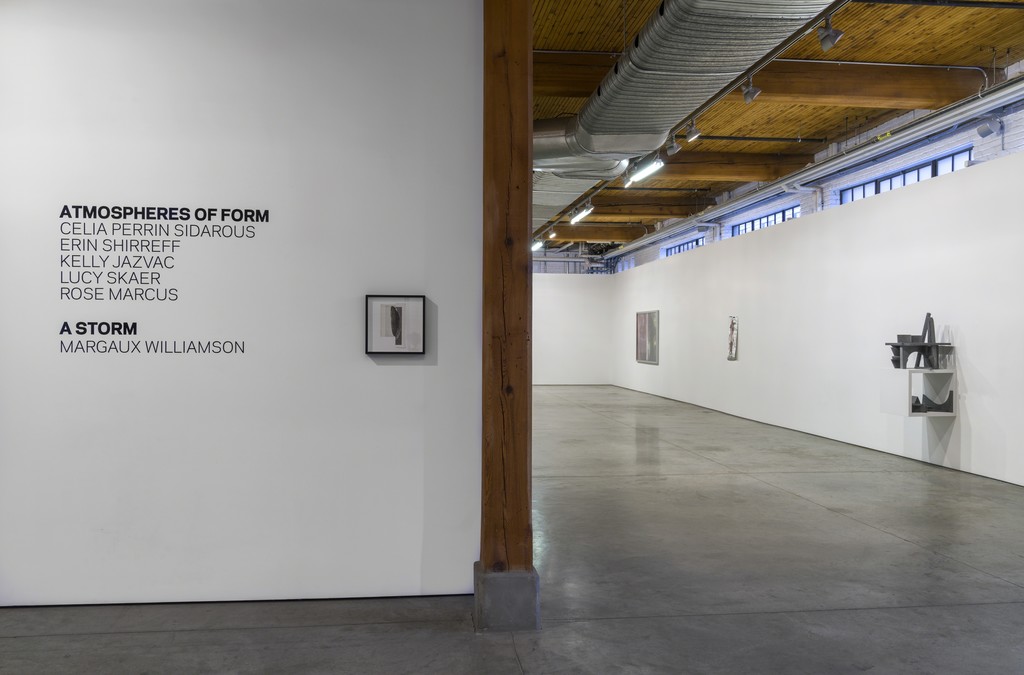 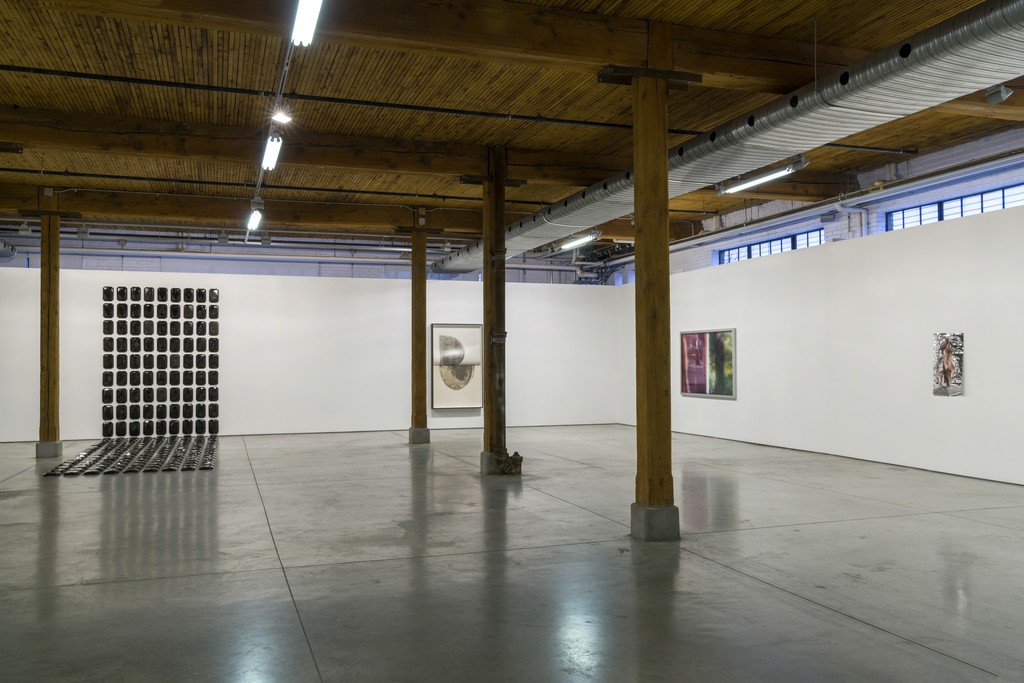 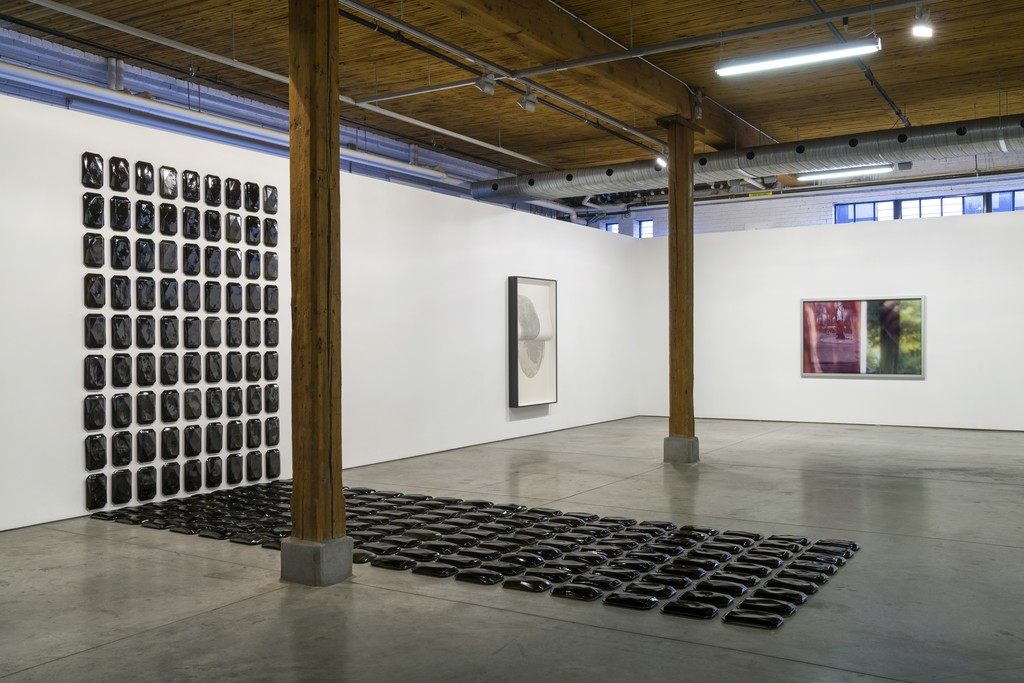 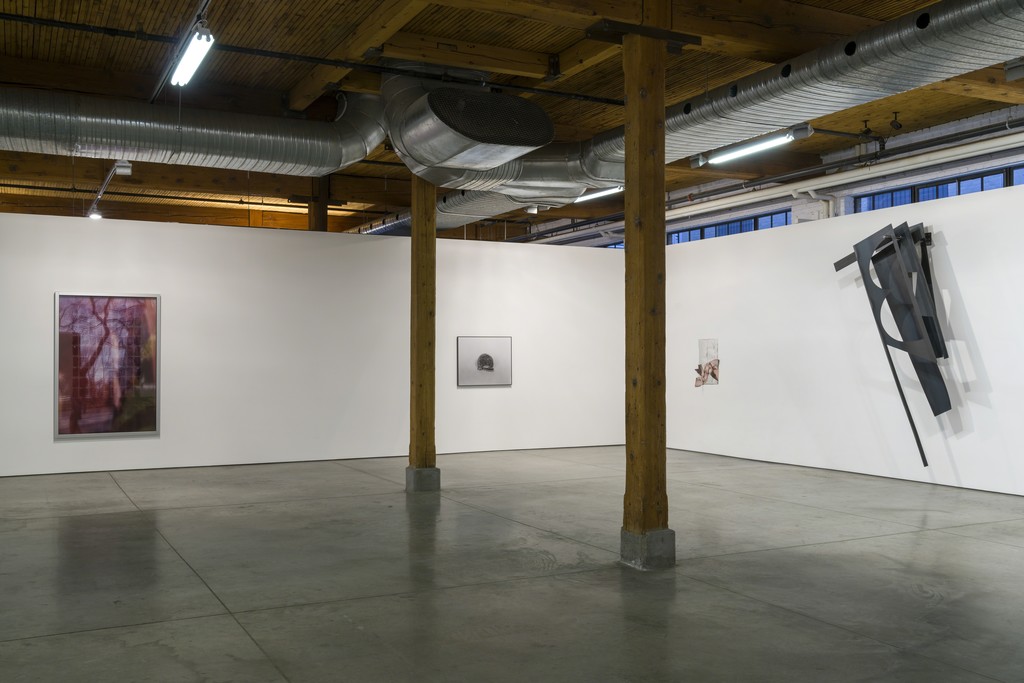 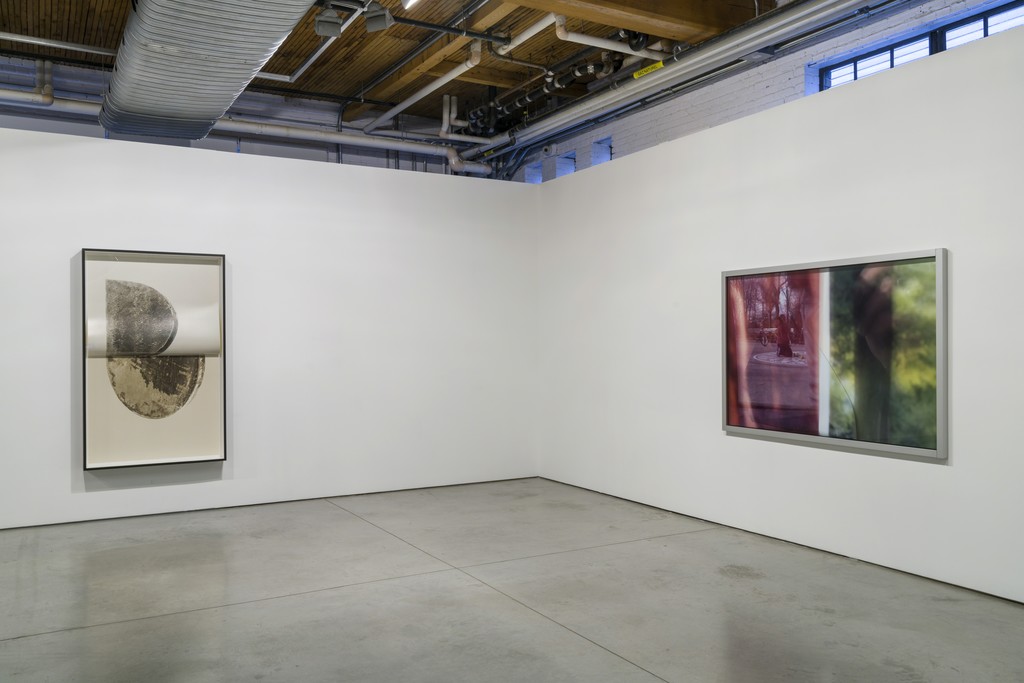 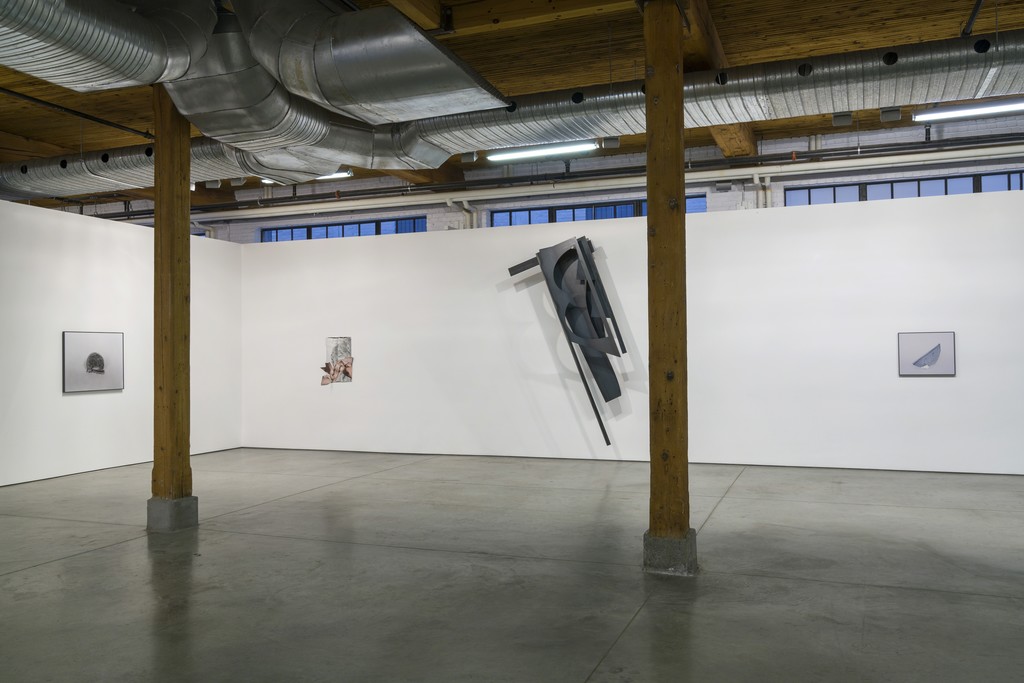 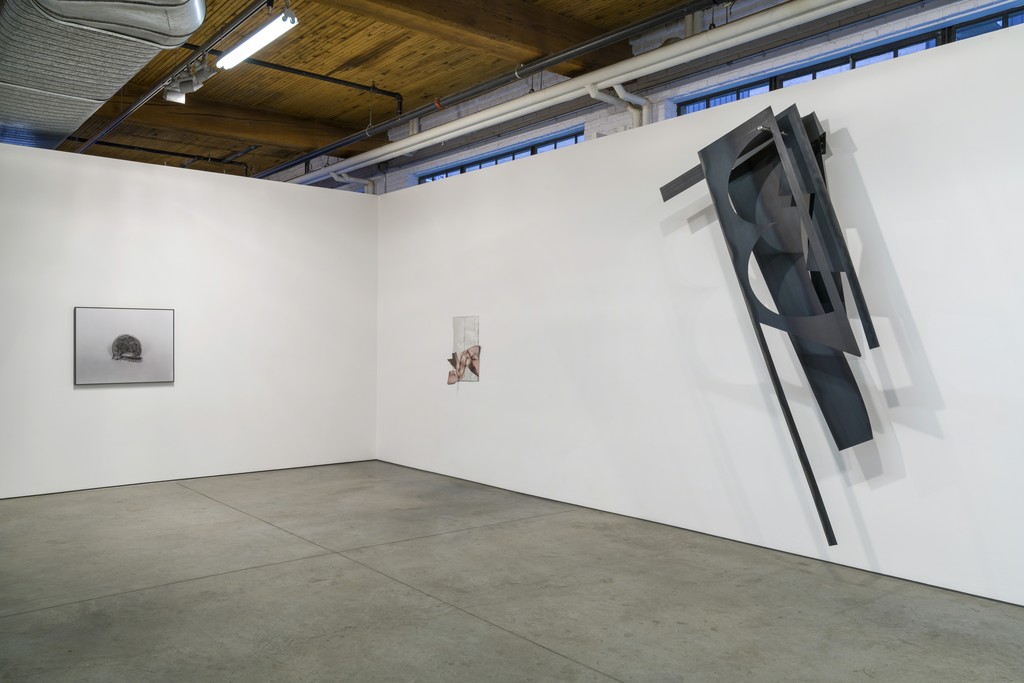 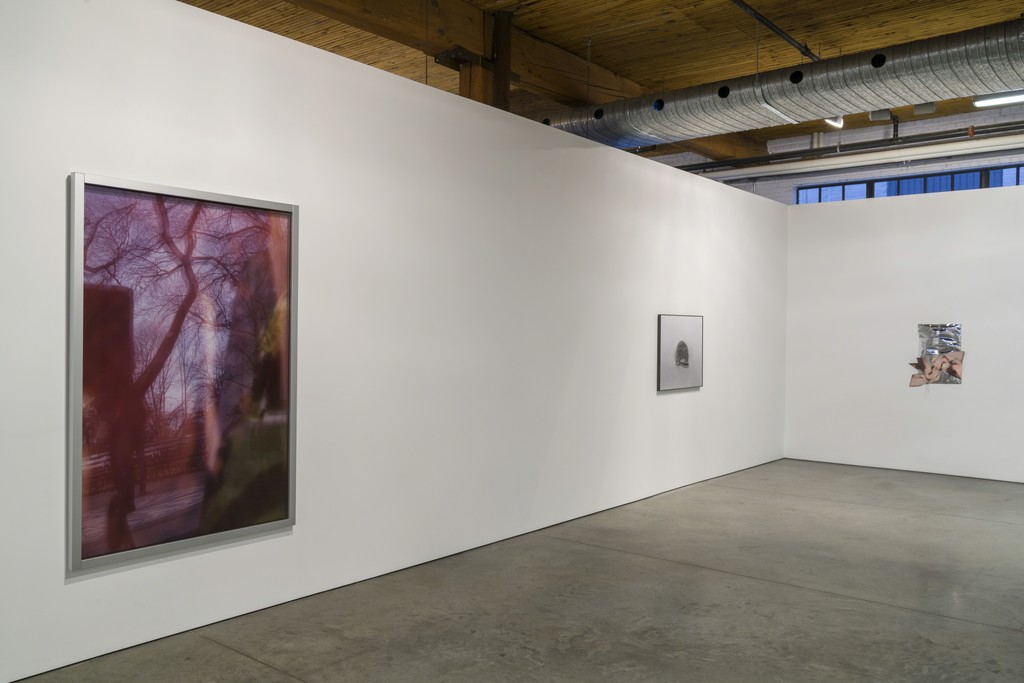 Sheets of steel dropped down the walls in intervals, cutting out crude shapes and layering shadows. They pointed south to a cold concrete slab. It was scattered with a meticulous grid of black diamonds that resembled tasty pieces of liquorice. An arrangement of objects towered modestly and was surrounded by glossy pictures. There were pictures of urban life, pictures of skin on molten silver and pictures of lovingly placed items. The things and images, the patterns and absences assembled into a space where the air became rich like tangible matter.

Celia Perrin Sidarous (Montreal, QC) draws on themes of desire, techniques of display and traditions of still life and assemblage. In 2016, her photographic installation Notte coralli was featured in La Biennale de Montréal.

Erin Shirreff (New York, NY) works in sculpture, photography and video. Her work looks at the ways in which these media overlap and the spaces between objects and their representations. She was born in Kelowna, BC and has exhibited at the Fondazione Prada (Milan, Italy) and the Solomon R. Guggenheim Museum (New York, NY).

Kelly Jazvac (London, ON) is known primarily for her work in salvaged vinyl that draws on the inorganic, the environment and the language of advertising. Recently she has received attention for her work with plastiglomerates.

Lucy Skaer (Glasgow, UK) is a multimedia artist who investigates the links between objects, materiality, representation and history. Her work has been exhibited at The Metropolitan Museum of Art (New York, NY), Tate Britain (London, UK) and the Centre Georges Pompidou (Paris, France). In 2009 she was shortlisted for the Turner Prize.

Rose Marcus (New York, NY) pictures the ambiguity of meaningful public space in her photographs. She has shown with Night Gallery (Los Angeles, CA), CANADA (New York, NY) and is included in In the Abstract opening in May 2017 at Mass MOCA (North Adams, MA)