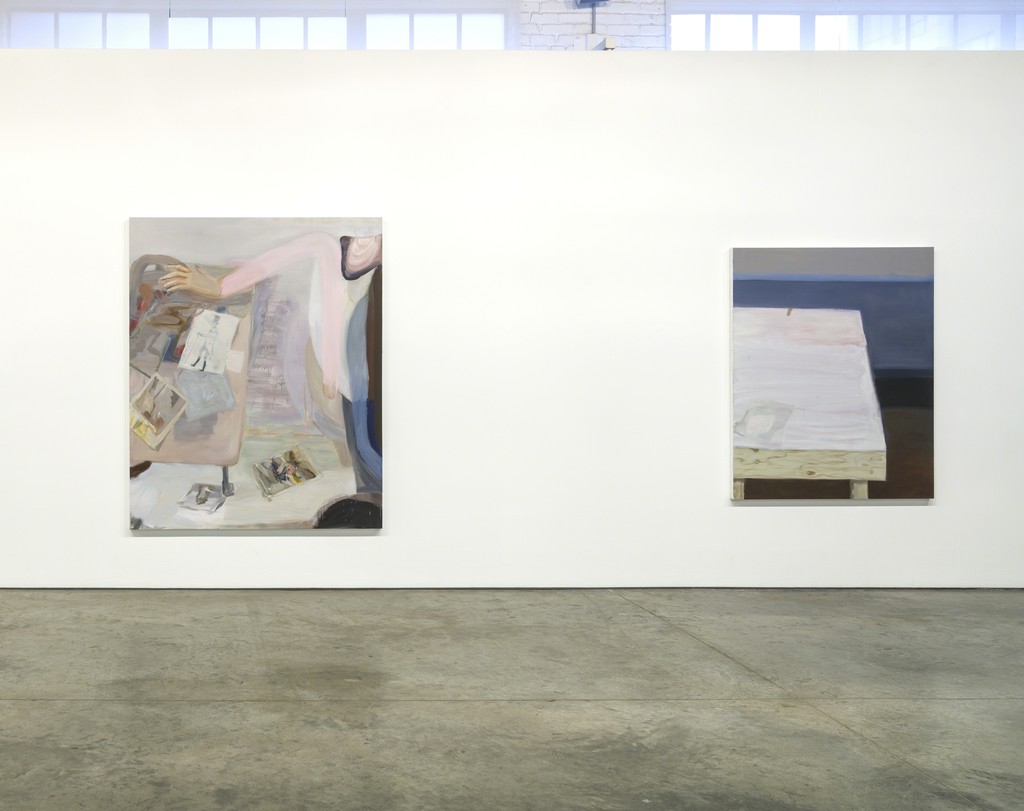 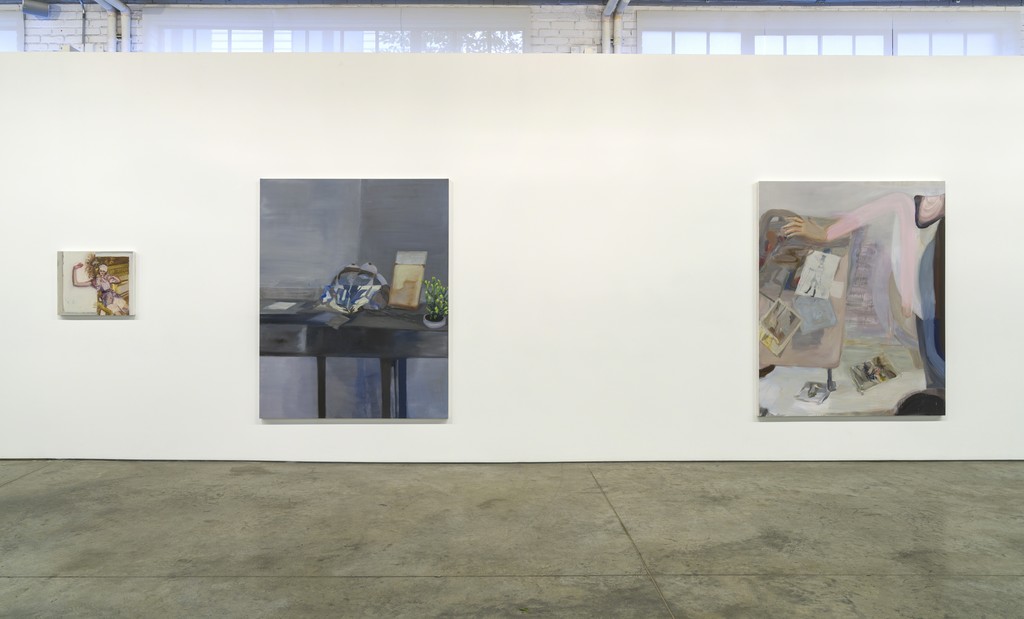 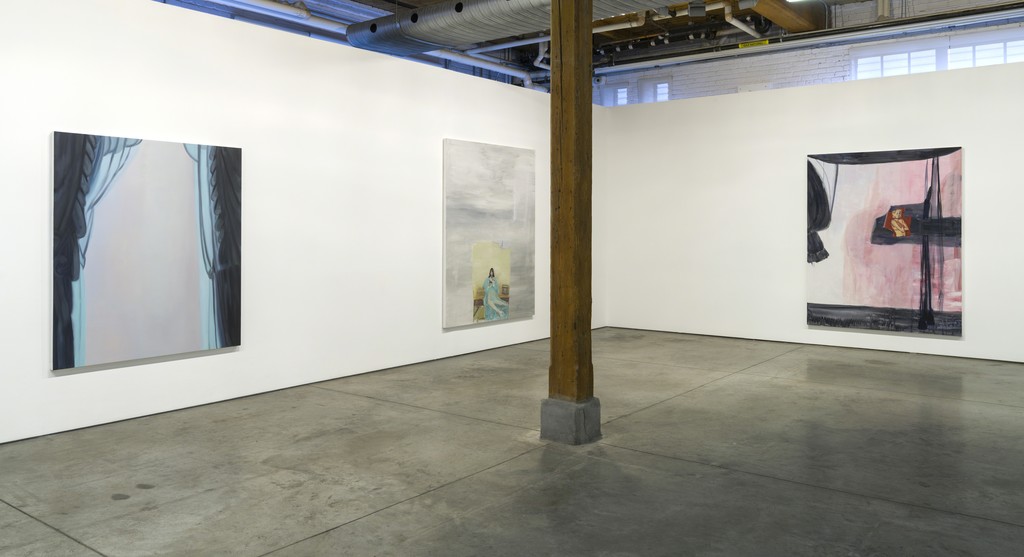 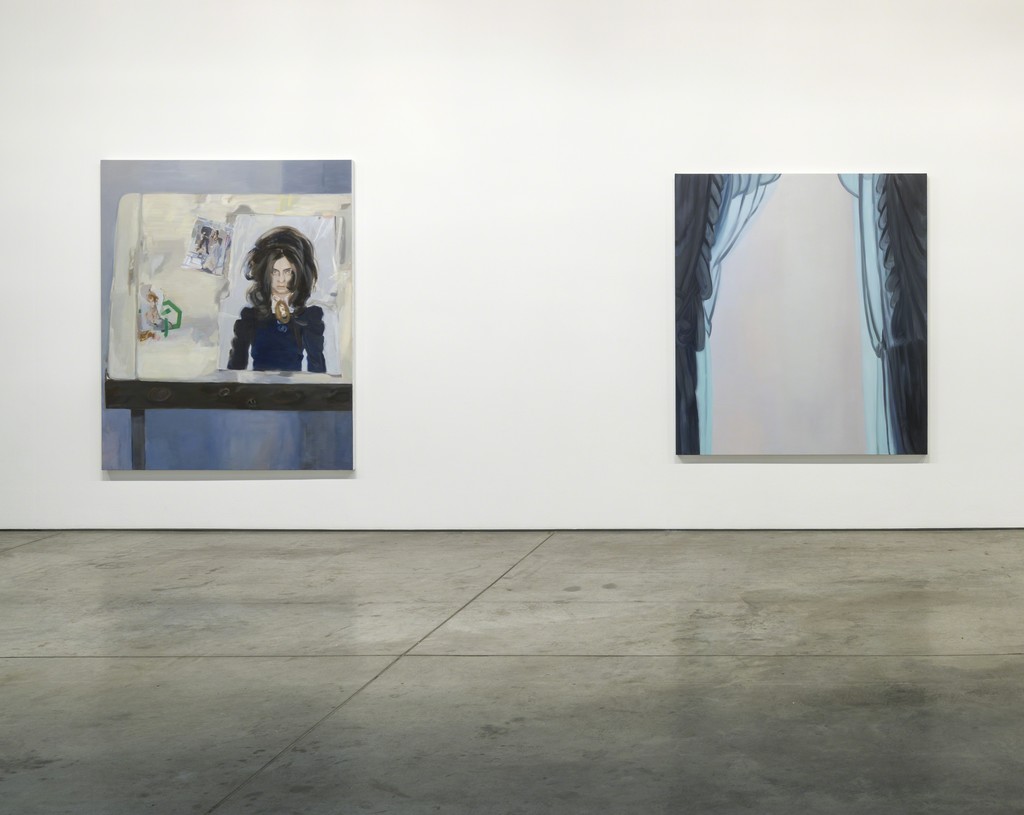 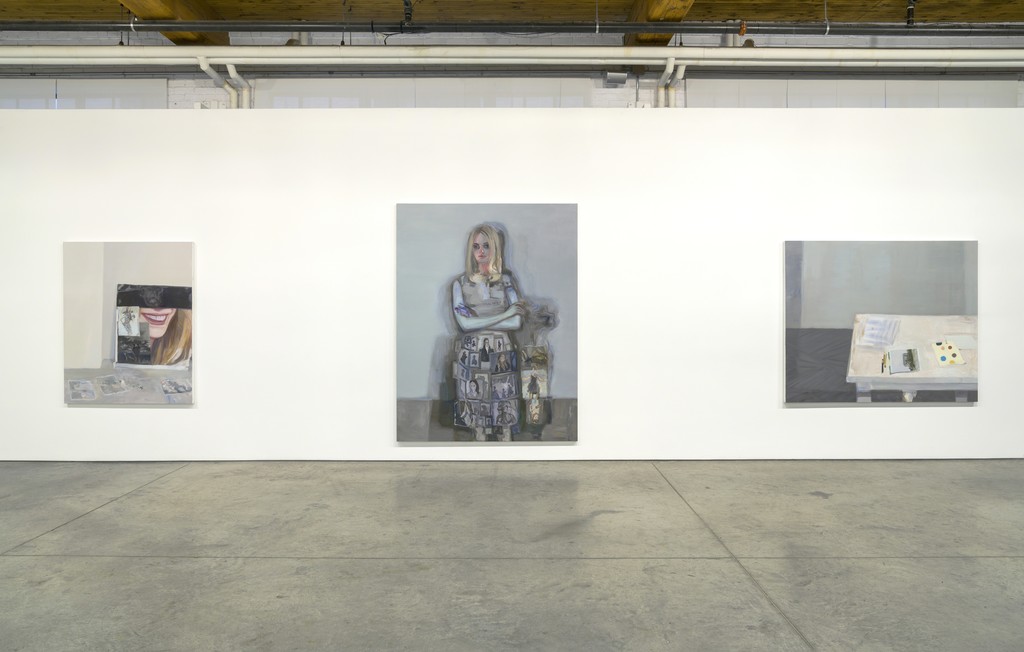 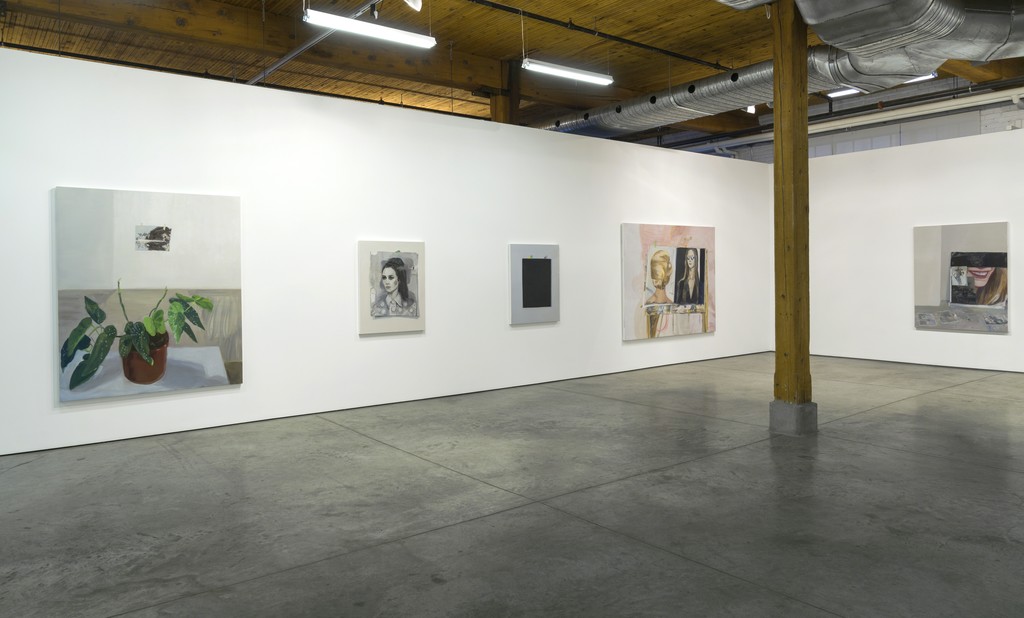 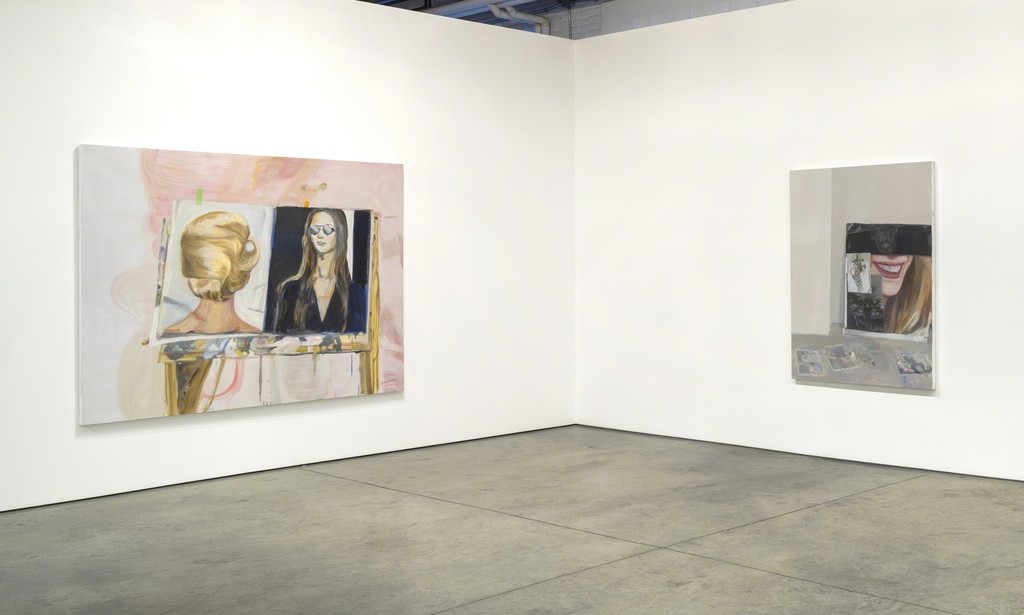 Janet Werner’s recent paintings reveal a shift within the artist’s practice. For nearly two decades Werner has focused primarily on the female figure, painting a range of altered and exaggerated portraits, through the amalgamation of found images drawn from magazines and illustrated books. In Sticky Pictures, Werner makes visible the source material of her paintings – not only the subject in the photograph, but also the photograph itself; the material quality of the printed image, its traces of weathering, handling and use, its physical presence as an object lying on the corner of a table or hanging loosely on a wall, in a space that might be a studio. What is at stake in this work is not so much representing a figure and giving it flesh, but the staging of an image’s life — as if the image was taking revenge upon the portrait and pushing its way to the surface of the canvas, with the help of curtains and shadows, pictorial marks and brushwork. The female figure has become a mere apparition or spectre: a silhouette that is barely outlined, or a smile without a face; it’s even withdrawn entirely from a few paintings, where only an empty frame or a black monochrome rectangle remain. Through the mise en abyme of painting, photography, and three-dimensional space, it’s the images themselves that now seem to gaze at their own reflection in a mirror, or throw at the viewer the glare of a hunted beast. The paintings in Sticky Pictures present elusive spaces in which images are eaten, torn, smeared, or pinned, becoming metaphors for our own sticky relationship to images, as sites of fascination and contempt, of ambivalence and fantastic projection.