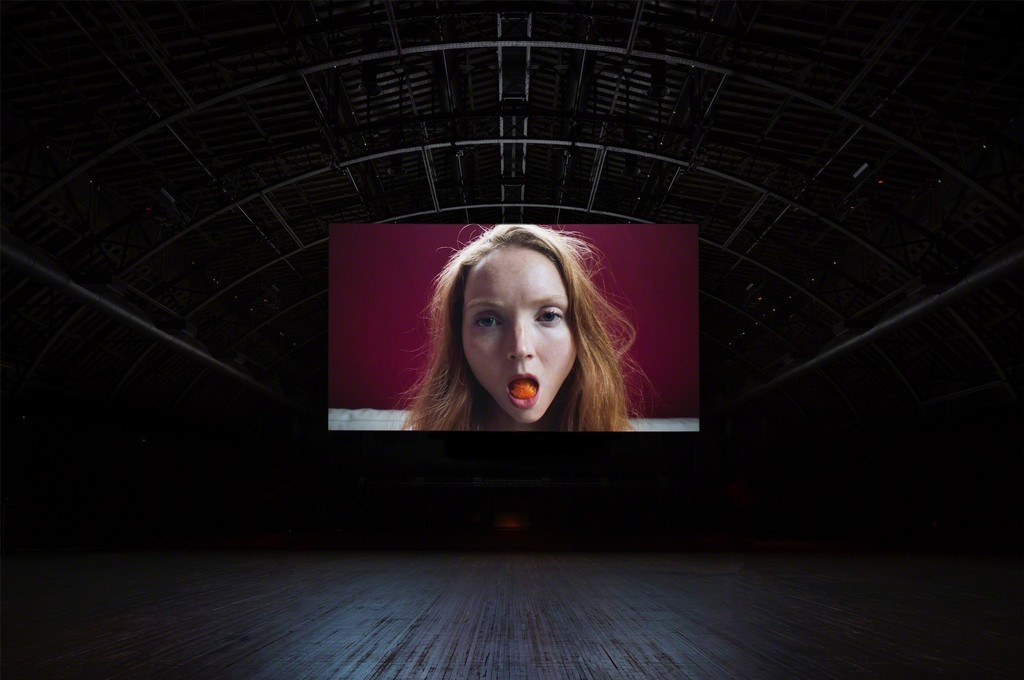 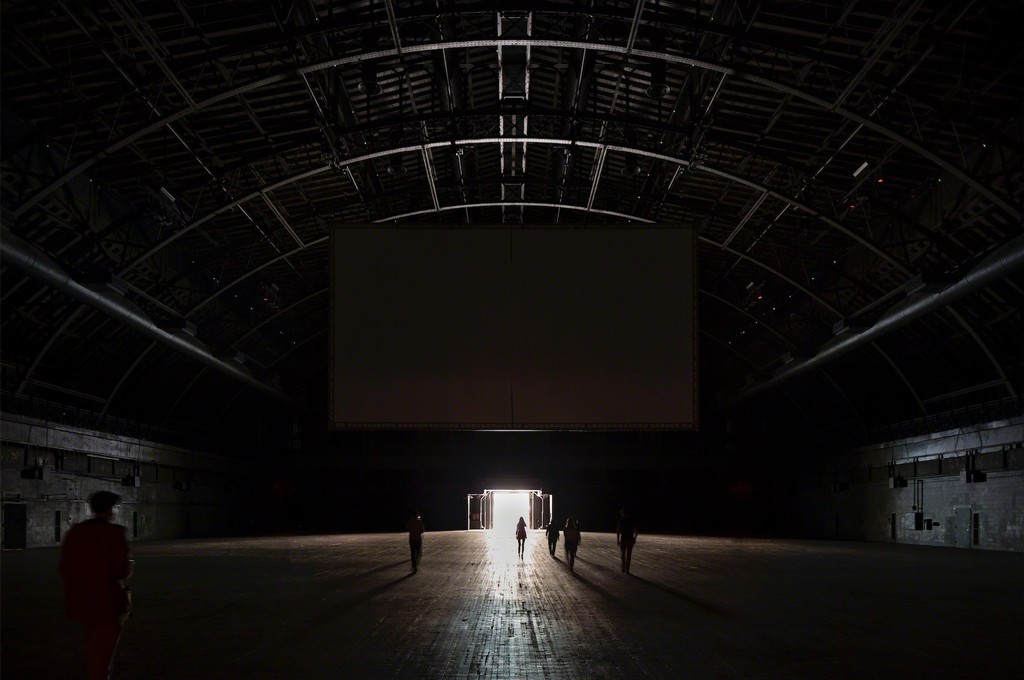 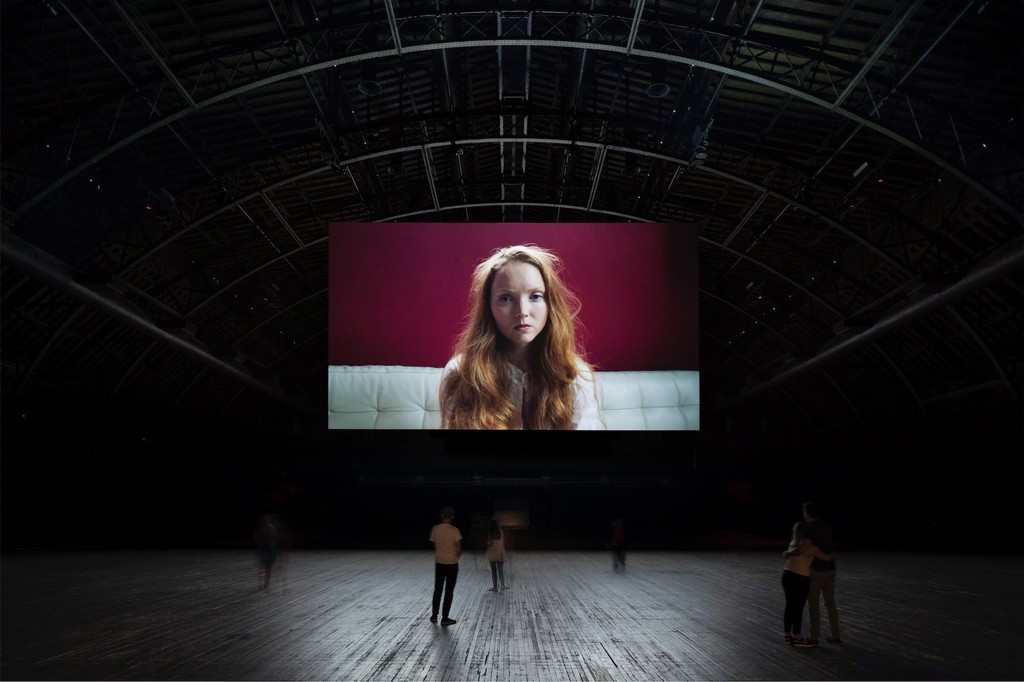 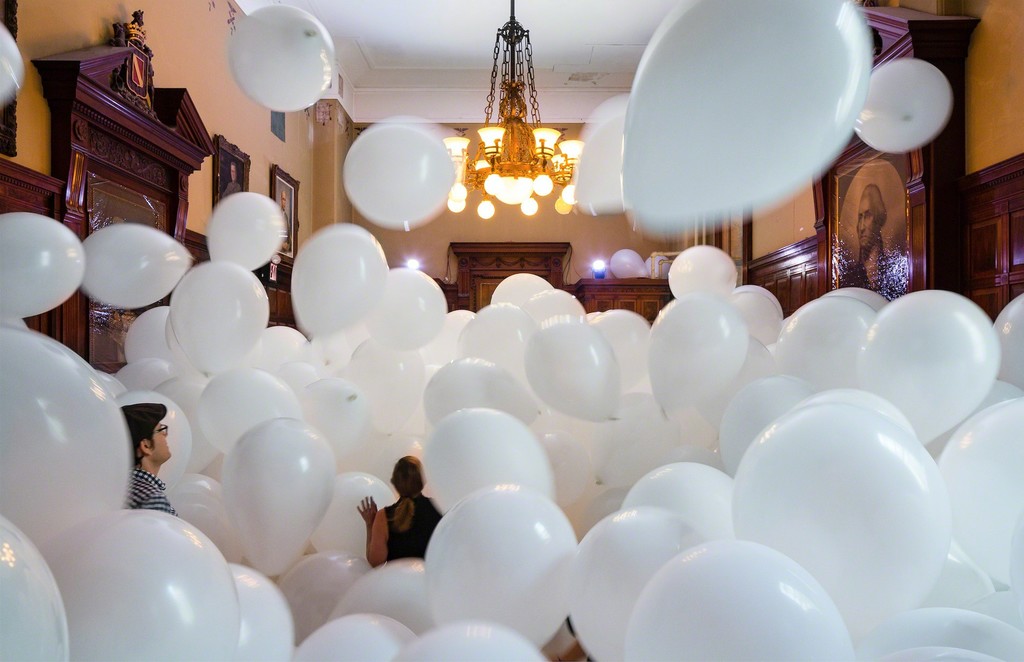 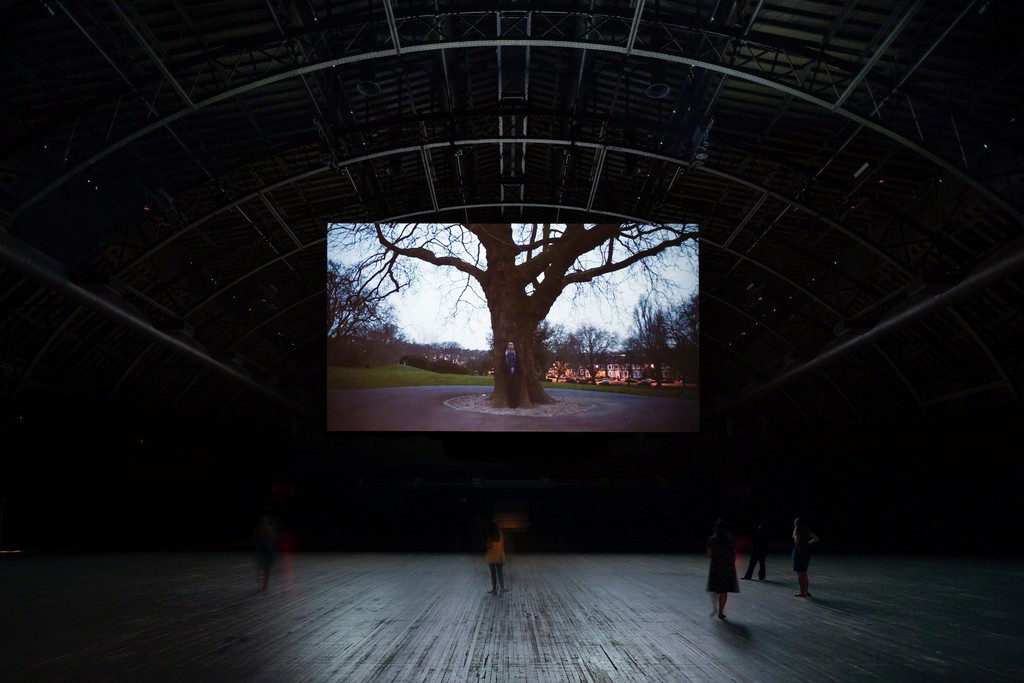 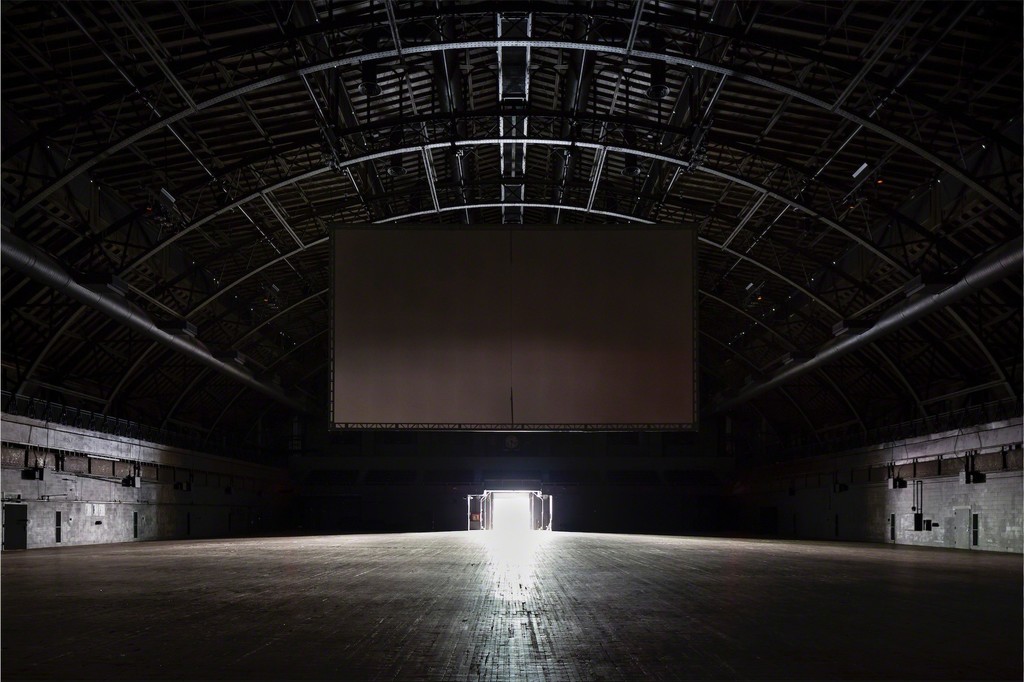 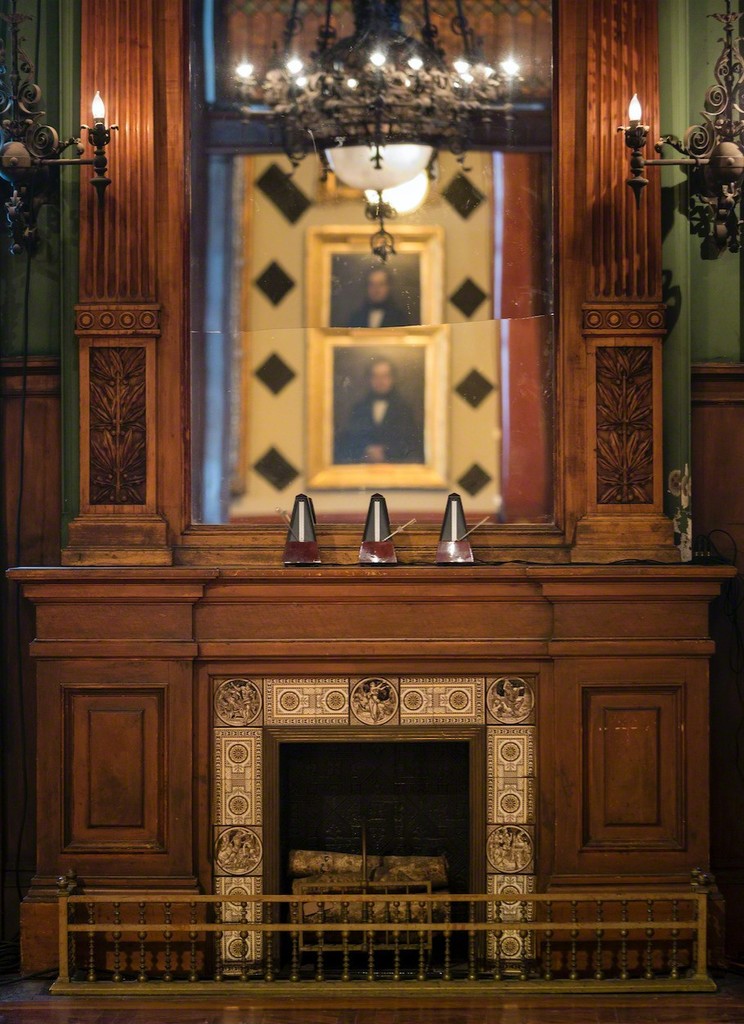 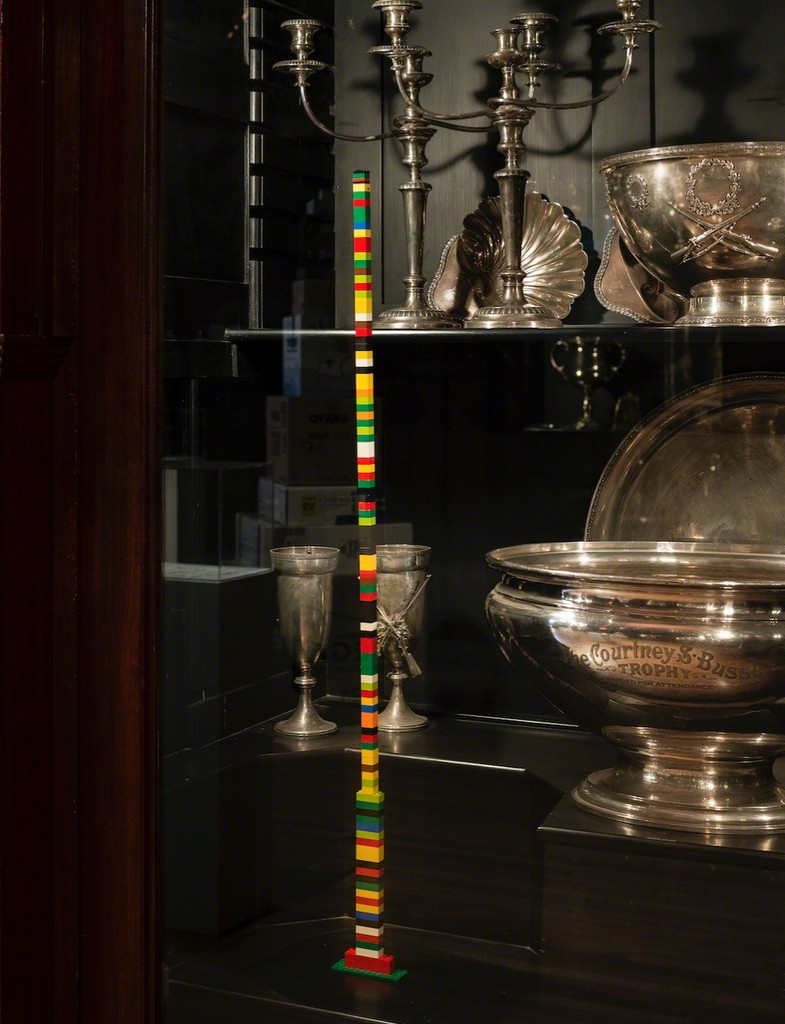 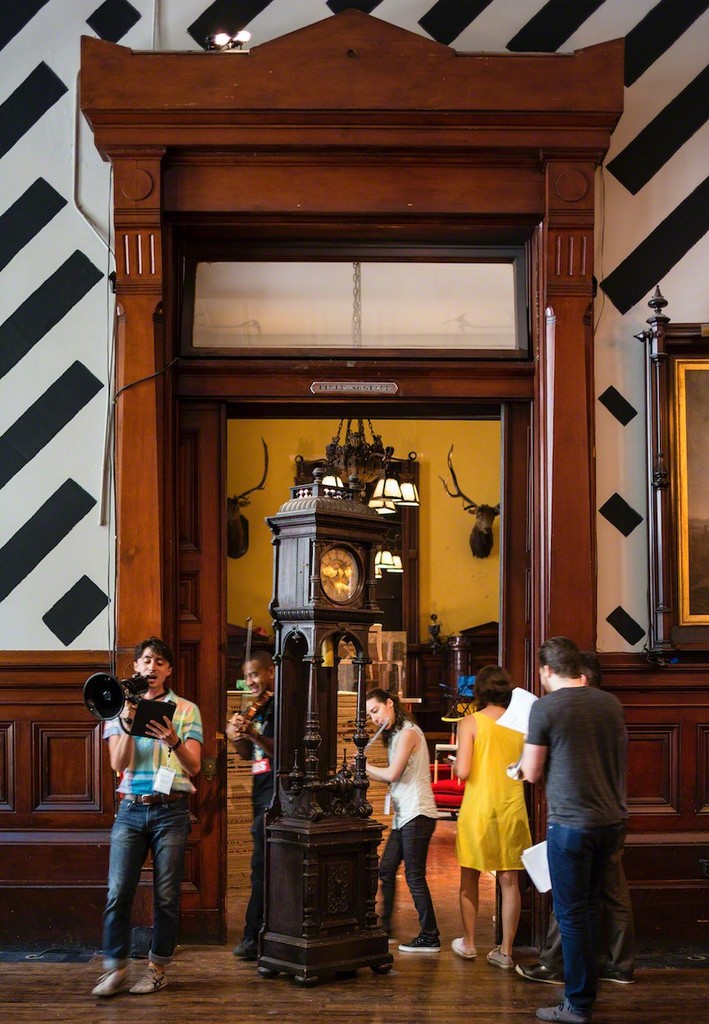 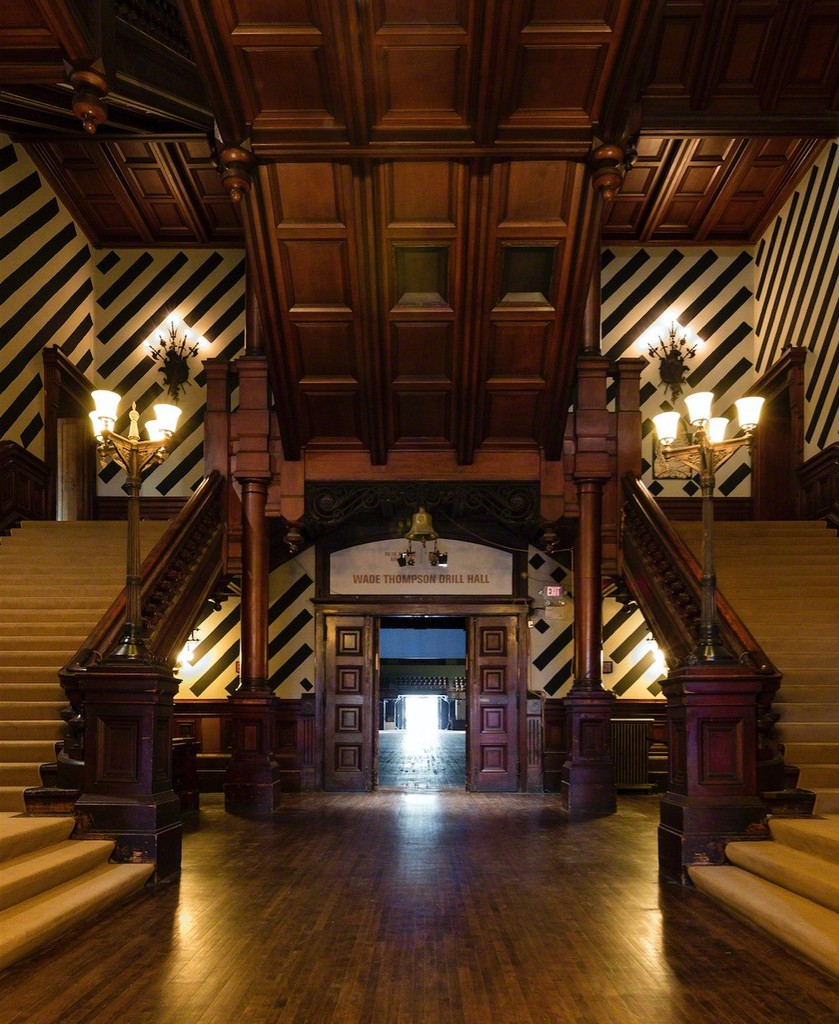 FIRST COMPREHENSIVE U.S. SURVEY OF MARTIN CREED’S MULTIDISCIPLINARY PRACTICE ANIMATES ARMORY IN AN UNPRECEDENTED DISPLAY THIS JUNE
The Back Door Features Artistic Interventions and Performances throughout Armory’s Drill Hall and Historic Interiors, Including Debut of Major New Commission and First Complete Presentation of Creed’s Video Works
New York, NY—May 20, 2016—Turner Prize-winning artist Martin Creed takes over Park Avenue Armory’s entire first floor—from its expansive Wade Thompson Drill Hall and adjacent bunkers, to its historic period rooms and corridors—with the largest U.S. survey of his work and the most extensive single-artist installation at the Armory to date. On view June 8 through August 7, 2016, The Back Door features a series of sculptural interventions, installations, and performances, including the first complete showing of Creed’s films and video works and a major new commission for the Armory’s drill hall.
Internationally recognized for his use of minimalist strategies, Creed employs singular gestures to powerful effect in works that are seemingly simple and precise. Opening and closing curtains and doors—including the back door of the Armory’s drill hall, from which the exhibition
takes its title—a slamming piano, lights going on and off, and a room filled halfway with balloons create a playful spectacle that transforms the Armory into a multi-dimensional space with a life of its own.
“Martin’s sweeping vision for this undertaking reflects our mission to provide a platform for artists to push the boundaries of their practice into unprecedented realms,” said Rebecca Robertson, President and Executive Producer of Park Avenue Armory. “His work adds another dimension to experiencing the Armory’s incredible spaces, activating our entire first floor with an eclectic series of interventions that utilize the building as rarely seen at the Armory.”
The Back Door brings together a sequence of works from Creed’s more than 20-year career that contrasts the seemingly simple qualities of the artist’s oeuvre with the ornate grandeur of the Armory’s historic spaces. Through installation, painting, and performance, the exhibition furthers Creed’s investigation of scale and size, and of the basic tenets of human existence, including our thoughts, actions, and feelings.
“Working across media, Martin strips away the unnecessary to reveal surprisingly human meditations of the structures that shape our lives, often with great humor and poignancy. He has conceived a deeply layered experience for the Armory that engages and, indeed sometimes provokes, all of the senses. This survey will be profoundly revelatory for American audiences who have not yet had the opportunity to experience Martin’s work at such a comprehensive level,” said curator Tom Eccles.
Martin Creed, Work No. 800, 2007. Emulsion on wall, Stripes 9 in / 23 cm wide; overall dimensions variable. © Martin Creed
1
Throughout the Armory’s head house, and unfolding throughout its first-floor corridors, the Armory’s historic interiors are being activated with singular installations. Viewers encounter a space half-filled with balloons, lights turning on and off, a grand piano that’s been transformed into a percussive instrument, and the ticking of metronomes—all enveloping the viewer with incessant sights and sounds. Additionally, Creed is installing a collection of his portraits and other paintings in the Board of Officers Room, which provide a point of contrast to the military 19th– and early 20th–century portraits that permanently adorn the walls.
Roaming throughout the ground floor, a troupe of musicians play instruments in a performance composed and choreographed by Creed. The troupe wanders throughout the Armory’s interiors and into the darkened expanse of the drill hall, where Creed is installing a new site-specific film commission. The installation features a series of moving video portraits that depict people eating and opening their mouths, which have been slowed to one-eighth of their actual speed. Creed culminates each of these videos with the opening of the loading dock at the Lexington Avenue side of the Armory, essentially turning the building “inside out” to reveal the street beyond the drill hall walls. Creed’s film and video works are being screened in adjacent bunkers, including his notorious Shit and Sick films that reveal the emphatic humanity of Creed’s work. In Orson and Sparky (Work No. 670, 2007) a canine duo—one large and languid, the other a small Chihuahua—crisscross the stage in an exercise of contrasting bodies and characters.
During the opening week of the exhibition, Creed is also performing in the Board of Officers Room. Creed’s nightly performances offer insight into qualities and ideas that resound throughout the installation.
The Back Door is presented concurrently with Public Art Fund's installation of a new large-scale work by Creed, on view May 4 to October 23, 2016, at Brooklyn Bridge Park’s Pier 6. The 25-foot-tall rotating ruby-red neon sculpture is titled Understanding and sited on the waterfront, where its message is visible from along the river in Brooklyn and Lower Manhattan. Work No. 2630, UNDERSTANDING relates to another neon work on view in the Mary Divver Room at Park Avenue Armory entitled OTHER PEOPLE. Creed’s work is also to be featured in a new gallery exhibition at Hauser & Wirth Somerset opening May 22, 2016.
The Back Door coincides with the launch of Creed’s new album, Thoughts Lined Up, including the new single “Everybody needs somebody to hate.”
EXHIBITION DATES AND PERFORMANCE SCHEDULE
The Back Door is on view at Park Avenue Armory June 8 through August 7, 2016.
Tuesday–Wednesday: Thursday–Friday: Saturday–Sunday:
2:00pm–7:00pm 2:00pm–10:00pm 12:00pm–6:00pm
Admissions to The Back Door is $15; free for Armory Members.
During the first week of the exhibition, Martin Creed will be joined his band and other special guests to share personal anecdotes and perform new and recent works, including songs from his new album Thoughts Lined Up, in the Armory’s Board of Officers Room.
Martin Creed: Words and Music
Wednesday, June 8 at 7pm Thursday, June 9 at 10pm Friday, June 10 at 10pm Saturday, June 11 at 6pm
Tickets to the performances cost $45 and include the price of admission to the exhibition. Tickets may be purchased at armoryonpark.org or by calling (212) 933-5812.

ABOUT MARTIN CREED
Martin Creed is a British artist known for his use of a diverse range of materials to create humorous and experimental multimedia works. Creed’s work has been shown at prominent arts institutions around the world, including solo exhibitions at Tate Britain (2014, 2013, 2009, 2008, 2006, 2000); Museum of Contemporary Art Chicago (2012); Cleveland Museum of Art, Cleveland, Ohio (2012); Musée d'Art Moderne et d'Art Contemporain, Nice, France (2011); Nasher Sculpture Center, Dallas, Texas (2011); Scottish National Gallery of Modern Art, Edinburgh, Scotland (2009); and Kunsthalle Bern, Bern, Switzerland (2003). Select group exhibitions include shows at Aspen Art Museum, Aspen, Colorado (2015); Fondazione Prada, Venice, Italy (2014); Galleria dell'Accademia, Polo Museale Fiorentino, Florence, Italy (2012); Tate Liverpool, Liverpool, England (2012); Venice Biennale (2011); Singapore Biennale (2011); Palais de Tokyo, Paris, France (2010); and MoMA - Museum of Modern Art, New York, New York (2009, 2008, 2006, 2002); among others.
Creed was born in 1968 in Wakefield, England. From the age of three he lived in Glasgow, Scotland. Between 1986 and 1990 he studied at the Slade School of Fine Art, London. He currently lives and works in London and Alicudi, Italy. In 2001 he was the winner of the Turner Prize.
EXHIBITION CREDITS
The Back Room is co-curated by Tom Eccles and Hans-Ulrich Obrist.
ARMORY 2016 SEASON SPONSORSHIP
Citi; Pershing Square Capital Management, LP; and Bloomberg Philanthropies are the Armory’s 2016 season sponsors.
Support for Park Avenue Armory’s artistic season has been generously provided by The Andrew W. Mellon Foundation, The Harold and Mimi Steinberg Charitable Trust, the Fan Fox and Leslie R. Samuels Foundation, The Shubert Foundation, the Marc Haas Foundation, the Juliet Lea Hillman Simonds Foundation, the Leon Levy Foundation, the May and Samuel Rudin Family Foundation, and the Isak and Rose Weinman Foundation.
ABOUT PARK AVENUE ARMORY
Part palace, part industrial shed, Park Avenue Armory fills a critical void in the cultural ecology of New York by enabling artists to create, students to explore, and audiences to experience, unconventional work that cannot be mounted in traditional performance halls and museums. With its soaring 55,000-square-foot Wade Thompson Drill Hall—reminiscent of 19th-century European train stations—and an array of exuberant period rooms, the Armory offers a platform for creativity across all art forms. Together, these and other spaces within the historic building utilized for arts programming comprise the Thompson Arts Center, named in recognition of the Thompson family’s ongoing support of the institution.
Since its first production in September 2007, the Armory has organized and commissioned immersive performances, installations, and cross disciplinary collaborations in its vast drill hall that defy traditional categorization and challenge artists to push the boundaries of their practice. Programmatic highlights include Bernd Alois Zimmermann’s harrowing Die Soldaten, in which the audience moved “through the music;” the event of a thread, a site-specific installation by Ann Hamilton; the final performances of the Merce Cunningham Dance Company across three separate stages; WS by Paul McCarthy, a monumental installation of fantasy, excess, and dystopia; an immersive Macbeth set in a Scottish heath and henge by Rob Ashford and Kenneth Branagh; and Louis Andriessen’s De Materie in a highly imaginative staging by director Heiner Goebbels that included floating zeppelins and a flock of 100 sheep. The Armory also presents small-scale performances and programs in its historic period rooms, including its acclaimed recital series, which showcases musical talent from across the globe within the intimate salon setting of the Board of Officers Room; and the new Artists Studio series in the newly restored Veterans Room, which features innovative artists and artistic pairings that harken back to the imaginative collaboration and innovation of the original designers who conceived the space.

The Armory offers robust arts education programs at no cost to underserved New York City public school students, engaging them with the institution’s artistic programming and the building’s history and architecture.
Concurrent with its artistic program, the Armory has undertaken an ongoing $210-million revitalization of its historic building, designed by architects Herzog & de Meuron. www.armoryonpark.org.