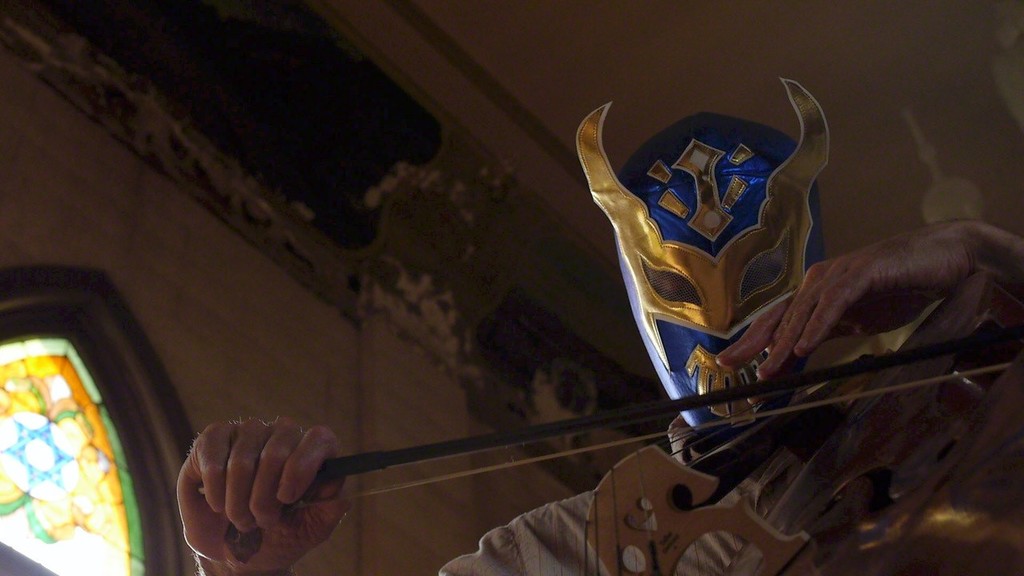 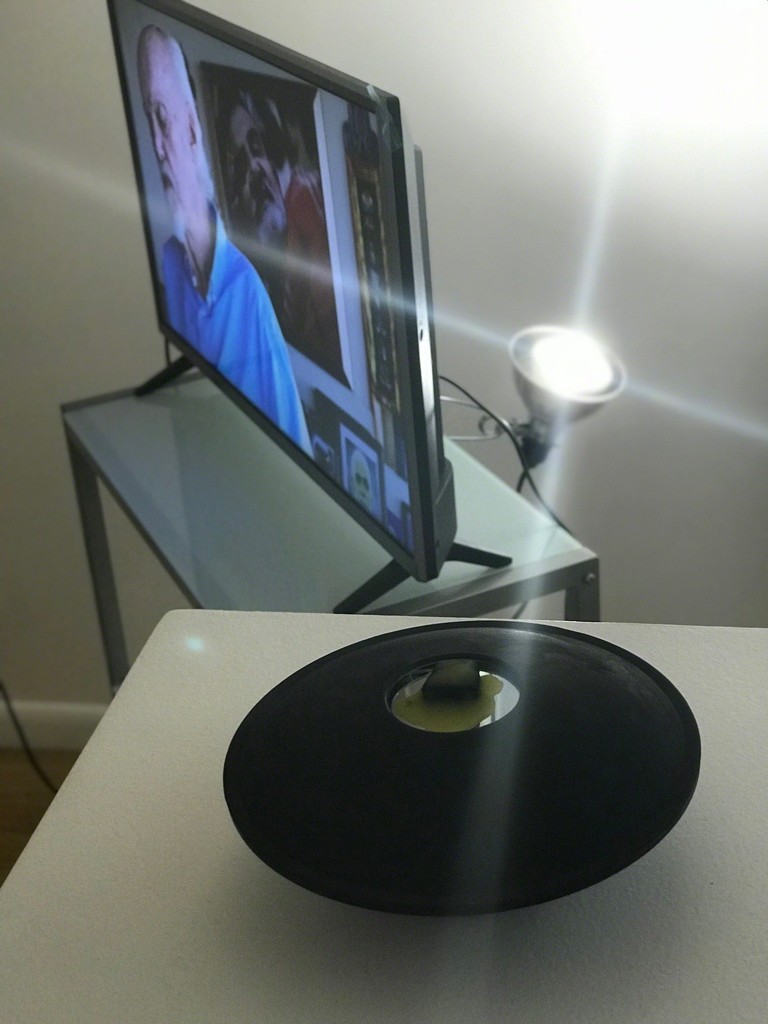 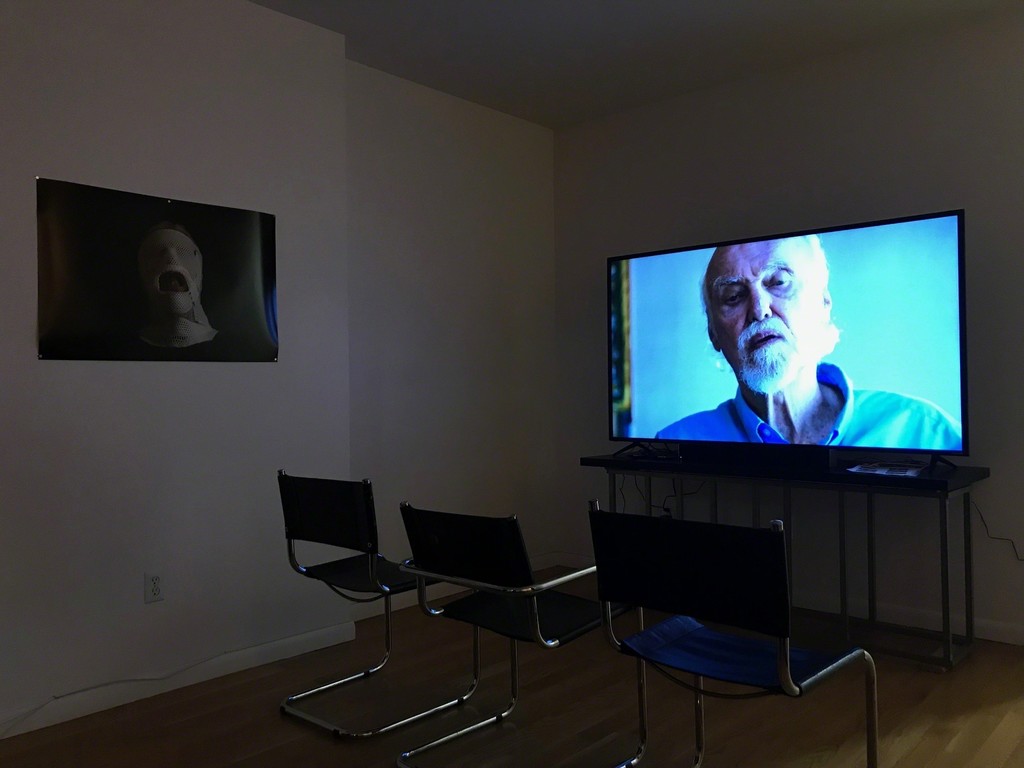 Park Place Gallery has the pleasure to present the first exhibition of moving image art in the gallery’s history, We are excited to show a new installation by Paweł Wojtasik and John Bruce entitled (IM)MORTALITY and a special program by filmmaker Jem Cohen. John Bruce and Paweł Wojtasik have spent many years exploring the issues of aging and mortality, as well as the potential for transcendence that is associated with the space between life and death. The exhibition will take

place in two rooms of the gallery. Each room will feature a different but complementary video piece. In one of the rooms an ectoplasmic object will be shown. The object has been designed as an emanation from the realm situated between matter and spirit.
On Friday, May 18, at 6:30PM before the exhibition opening proper, a Special Event will take place at the gallery. The event will broaden the scope of the ideas and of the formal approaches surrounding (IM)MORTALITY. Only a limited number of participants will be able to attend the event, one will need to buy tickets in advance. The event will last approximately 45 minutes. After its conclusion, at around 7:30pm, the opening proper will begin to which everyone is invited.

On Saturday, May 19, at 7:30PM An Evening with Jem Cohen will take place. Please note that prior ticket purchase is necessary for this event, as space is very limited.


Cohen’s films, with their emphasis on close observation of daily life, are inherently documents of the ephemeral - the here, the gone, and the in-between. Whether registering neighborhoods lost to corporate takeover and rising rents, the shifting vagaries of light and weather, or human faces and bodies, the films have always been both elegies and celebrations of impermanence. In conjunction with Paweł Wojtasik and John Bruce’s show, Cohen will present a program of old and newer works. Total Running Time for films and discussion: 110 minutes

Biographies of the artists:

Filmmaker/photographer Jem Cohen's feature-length films include Museum Hours, Counting, Chain, Benjamin Smoke, Instrument, and World Without End (No Reported Incidents). Shorts include Lost Book Found, Little Flags, and Anne Truitt – Working. His films are in the collections of MoMA, the Whitney Museum of American Art, the Jewish Museum, and D.C.’s National Gallery of Art, and have been broadcast by PBS, Arte, and the Sundance Channel. Retrospectives include Harvard Film Archive and London's Whitechapel Gallery. His multi-media show with live music, We Have an Anchor, was a main stage production in the BAM’s Next Wave, and at London’s Barbican. His stills and installations have shown at Robert Miller Gallery, University of Michigan Museum of Art, and the Sharjah Biennial.


John Bruce is a filmmaker, designer, and educator. He has directed and produced many short films and theater installations, as well as music videos for MTV and VH1. His first film Apple Juice (1990), a short documentary about downtown Manhattan skateboarding culture, aired on PBS and Showtime, and was revived at the Brooklyn Academy of Music in 2013. He served as production manager and art director for a number of feature films, and platform producer for several transmedia projects addressing social issues. He is Assistant Professor of Strategic Design at Parsons School of Design, where he leads the studio Design for Living and Dying in the Transdisciplinary Design MFA program. John served as the President of the Board of Trustees for the Robert Flaherty Film Seminar. He earned a BFA from the School of Visual Arts, and an MBA in Sustainable Systems from Pinchot. He was a 2015/16 Fellow at the Graduate Institute for Design Ethnography and Social Thought at The New School.


Paweł Wojtasik is a filmmaker and video artist born in Łódź, Poland and currently living in Brooklyn, NY. Wojtasik received an MFA from Yale University in 1996. From 1998 until 2000 he was a resident at Dai Bosatsu Zendo Buddhist monastery in New York State. His 2009 video installation Below Sea Level debuted at MASS MoCA before traveling to the Prospect.2 New Orleans Biennial in 2011. Pawel’s film Pigs (2010) won the grand prize at the 2011 Hong Kong International Film Festival, and was shown at the Berlinale and New York Film Festivals. In 2012, he was awarded a Fulbright fellowship to India, and was named a New York Foundation for the Arts (NYFA) fellow in Video/Film. His work Single Stream (a collaboration with Toby Lee and Ernst Karel) was exhibited at the Museum of the Moving Image in New York; the 2014 Whitney Biennial; and the Ann Arbor and Locarno Film Festivals. Wojtasik’s work has been exhibited at MOMA / PS1; the Reina Sofia Museum, Madrid; the Wadsworth Atheneum, Hartford; Martos Gallery, New York; Michael Thibault Gallery, Los Angeles, and other venues. Wojtasik is represented by Video Data Bank.
•