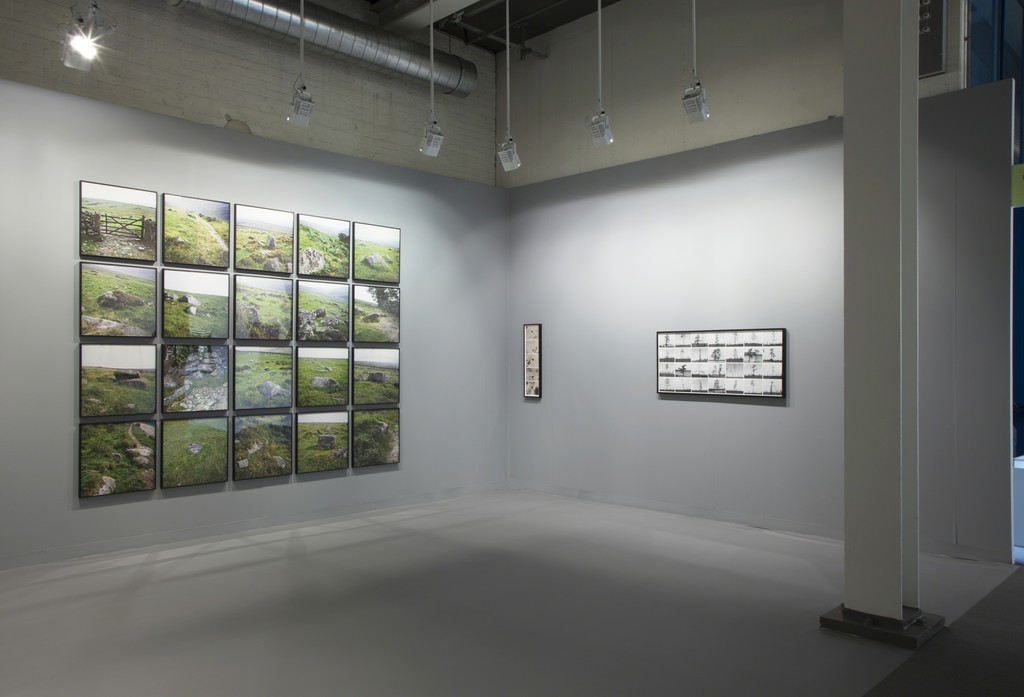 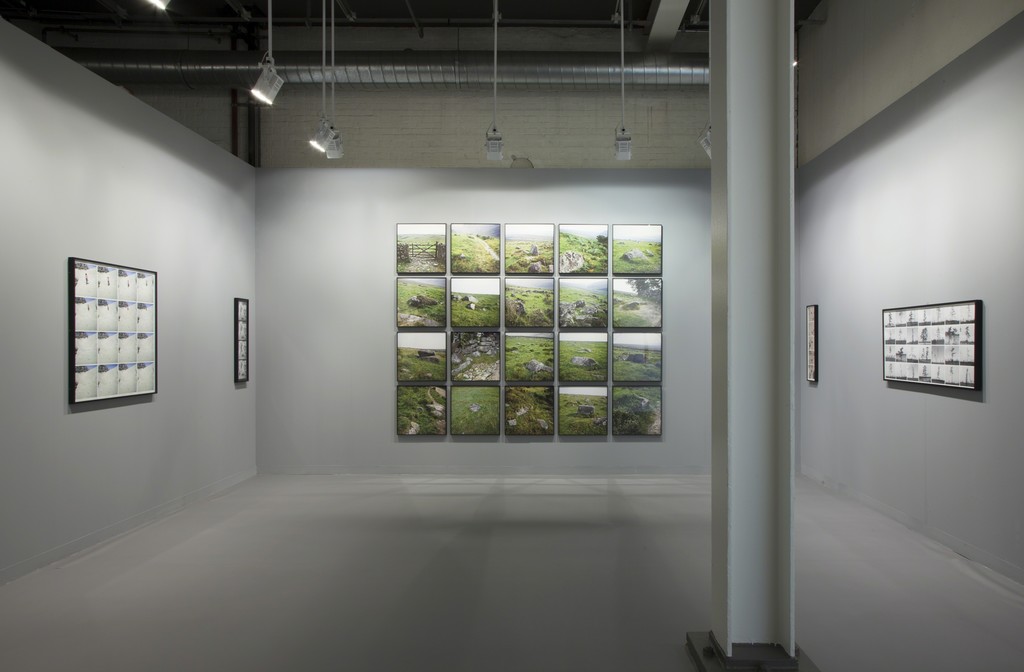 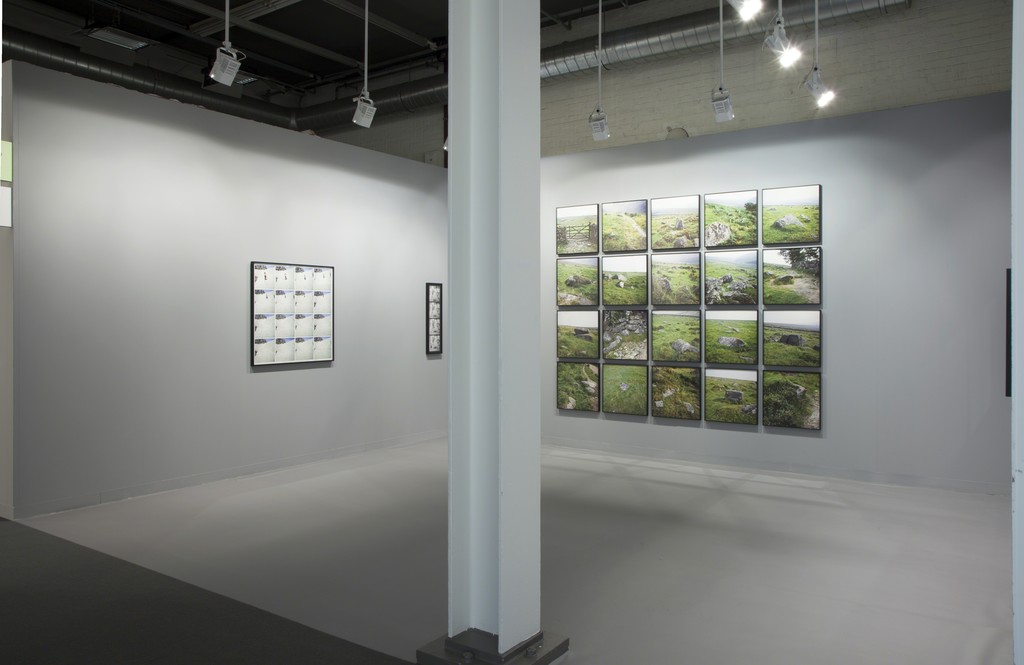 For Art Feature 2015 Parra & Romero is pleased to show a selection of seminal works by Nancy Holt (1938 – 2014), presenting her first comprehensive project for an Art Fair. This thematic exhibition offers an in-depth look at the early projects of this important American artist whose pioneering work falls at the intersection of art, architecture, and time-based media.

Since the late 1960s, Holt has created a far-reaching body of work, including Land Art, films, photography, sculpture, site-specific installations, artist’s books and concrete poetry. Best known as a pioneer of Land Art, the central concern of Nancy Holt’s work is the phenomena of sight, how we look and how we become conscious of our looking. Addressing this concern, the camera becomes a kind of prosthetic eye that allows her not only to record, but to record the act of seeing and recording.

For Art Feature the gallery is presenting historical works such as Over the Hill, 1968 Trail markers, 1969 or Wistman’s wood, 1969 reflecting those premises.

Parra & Romero was established in Madrid, October 2004 but the beginning of the program opened in September 2005. The gallery is owned and directed by Guillermo Romero Parra (Madrid, 1978). Since it opened its doors, the dialogue of the gallery is based on the investigation of new languages in contemporary art between the boundaries of conceptual and minimal art.

The gallery program is specialized in the encounter between national and international artists through a conversations programme parallel to the gallery exhibitions as well as projects curated by invited curators, being its curatorial program a fundamental pillar in the idea of using the gallery as a laboratory to interrogate new dialogues in contemporary art.

Since July 2013 Parra & Romero Gallery embarked in a new adventure, opening up a unique space (the second for the gallery) in the heart of a rural Ibiza. In this place we will host site specific projects with the aim of creating a point of encounter and reunion for artists, curators, museums and friends. Since the 30’s with the arrival of famous characters of the European Culture to Ibiza such as Walther Benjamin, Tristan Tzara, Raul Haussman, Man Ray and many more, up to the present, the island has been a bastion for intellectuals. This project has primarily the aim and the spirit of preserving very much that essence.