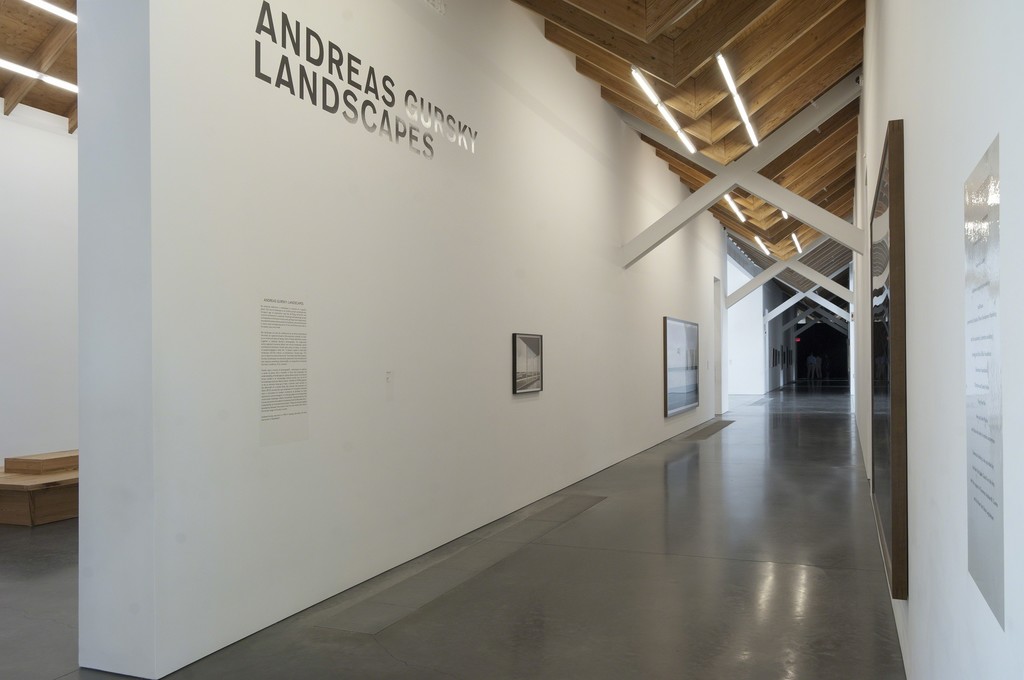 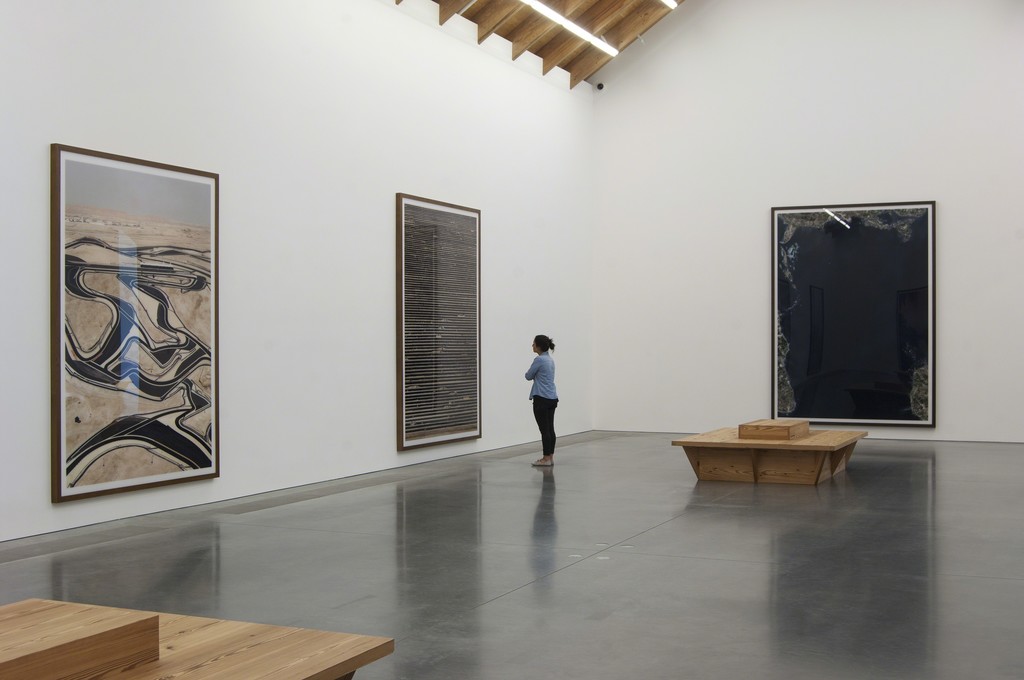 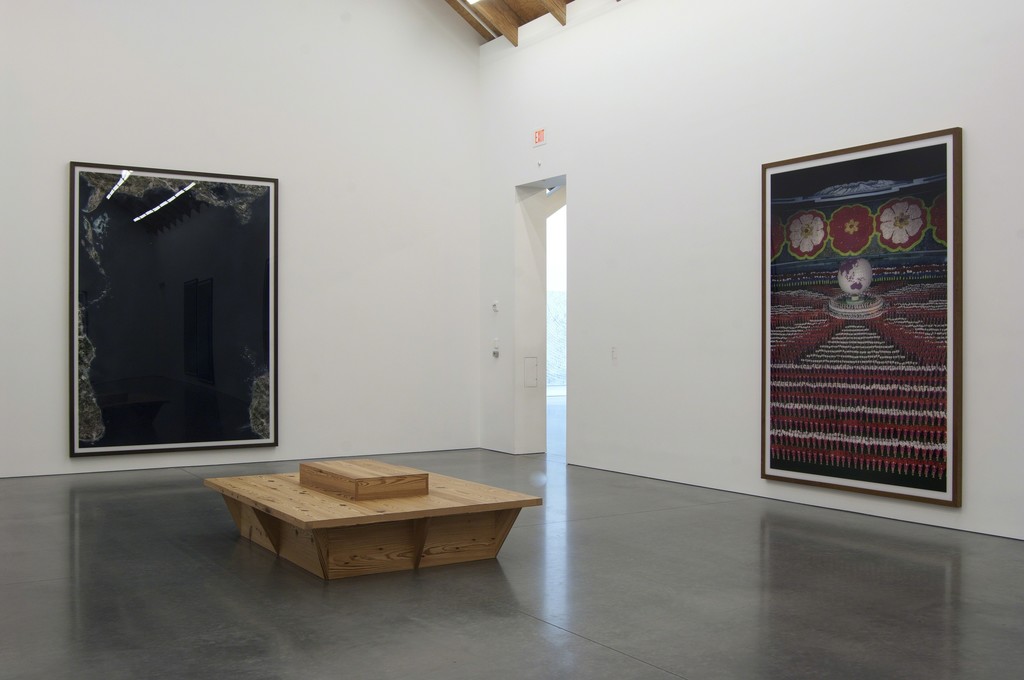 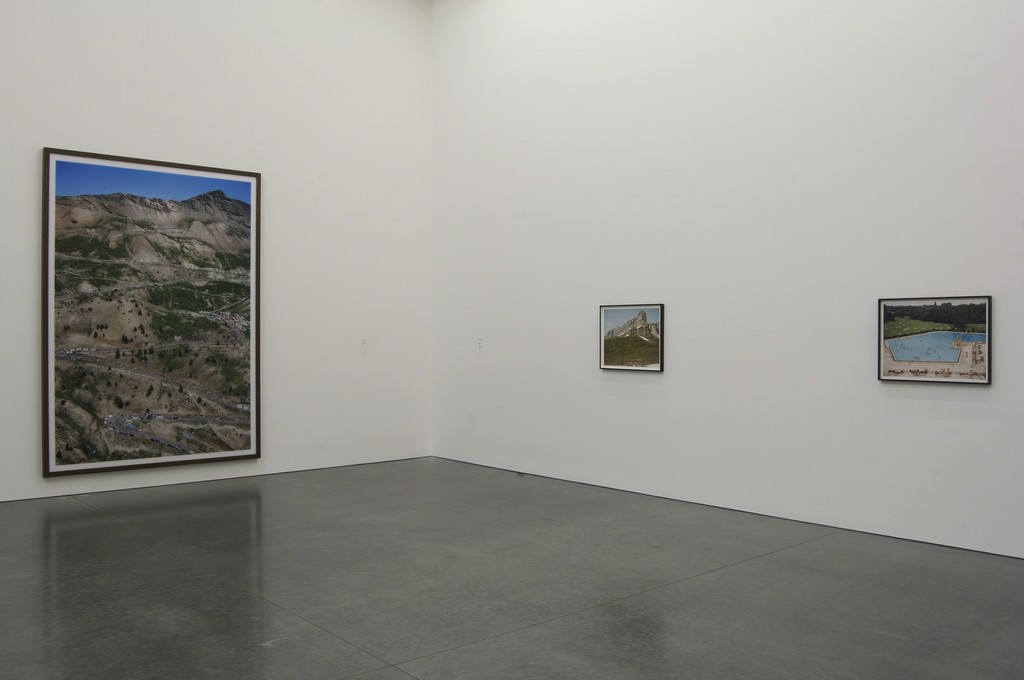 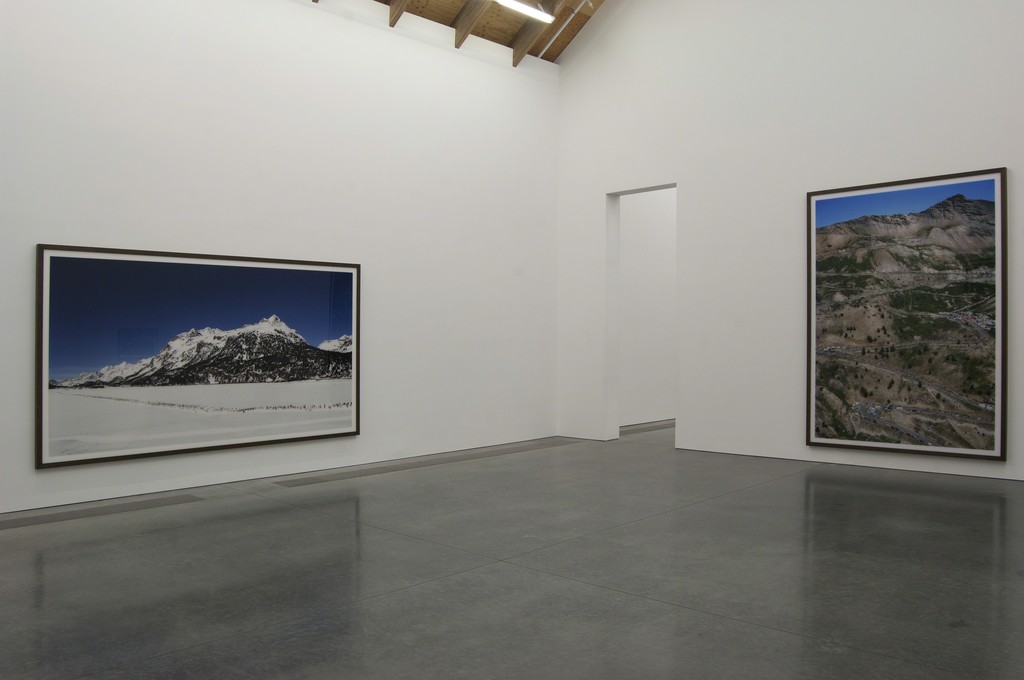 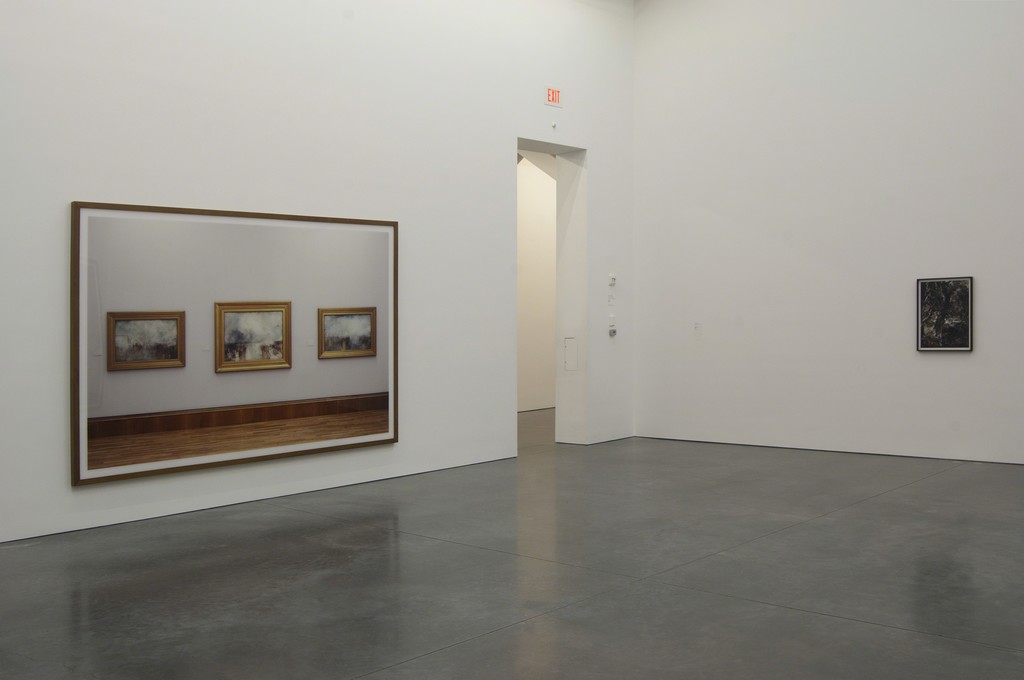 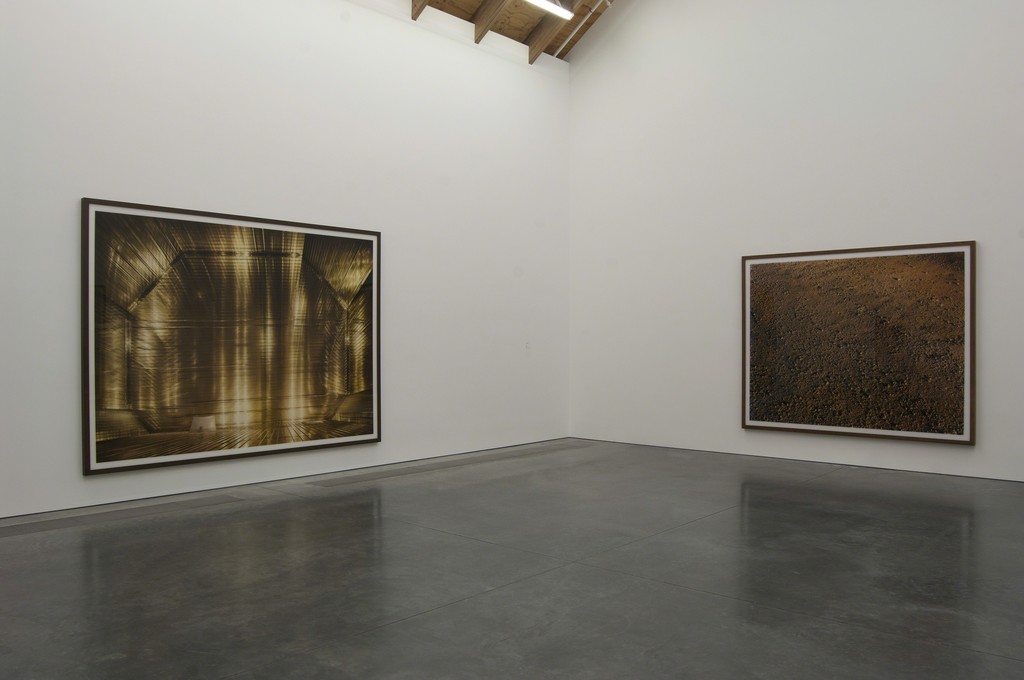 The Parrish Art Museum will present the work of the German artist Andreas Gursky, featuring more than 20 large- and small-scale photographs from the 1980s to the present—many of which have not previously been exhibited in the United States. Andreas Gursky: Landscapes will be on view at the Parrish from August 2 through October 18, 2015.

Gursky's highly detailed photographs capture both naturally occurring and man-made environments, recorded directly with a small-format camera, as in Klausen Pass (1984), or composed digitally from a series of shots, as in Rhine II (1999). Through massive scale and pinpoint precision, the artist combines a dispassionate point of view with a sense of transcendent majesty. Notwithstanding a varied technical approach and diverse subject matter, the exhibition expresses Gursky’s singular perspective. “For me,” said Gursky, “it doesn’t matter if I deal with landscape, still life, interior, or architecture. For me it is just so much about my view of the world.”

Andreas Gursky: Landscapes is organized by Parrish Art Museum Director Terrie Sultan, who takes the unusual approach of exploring Gursky's work through the lens of historical landscape depiction—finding aesthetic and philosophical synchrony between this contemporary artist and those of the nineteenth century. In her catalogue essay, Sultan suggests that Gursky’s approach to creating landscapes as he would envision them rather than as they exist places him in a historic context with American painters of the Hudson River School who, as artists-explorers, traveled, discovered, and depicted exotic places, often created from composites of varied locales rather than directly from a single vista.

“With the Parrish’s deep connection to the history of landscape depiction through painting and photography, looking at Gursky’s work through this particular lens is apt,” Sultan said. “I was thinking of how the remarkable Hudson River School painters like Frederic Church and Albert Bierstadt, as well as photographer Carleton Watkins, were Gursky’s aesthetic and philosophical forebears, and how his images could be contextualized in a new way as reflected in the Parrish Art Museum’s permanent collection of remarkable landscape images.”

Early landscapes such as Engadin I (1995) and Tour de France (2007) express the vast grandeur of natural terrain where humans are represented on a minute scale. In contrast, Salerno (1990), depicting a dense industrial port on the Amalfi Coast, and Bahrain I (2005), with its swaths of black racing roads slashing through a stark desert, present man-made forms in the extreme, showing how humans stake claim to the environment by dramatically altering the topography.

Gursky’s landscapes express densities and expansiveness—oppositions that may inhabit the same space in his work. The masses are evidenced by both the ravaged, chaotic topography of a massive garbage dump in Untitled XIII (2002), or by the thousands of people posed in an orderly, flower garden formation in Pyongyang I (2007). Conversely, the immense landscapes depicted in Rhine II (1999), or Ocean VI (2010) express unlimited emptiness, with no trace of humanity beyond the photographer’s own engagement.

While Gursky’s images can be seen as distanced, impassive, or impersonal, his point of view does not necessarily mean that he is untouched by what he sees and experiences. Early in his career, the artist established his approach to image-making by seeking images that he could capture and reveal. Some, like Salerno for example, are in his words, “so perfectly composed you wouldn’t imagine that they are straight photographs but they are.” Gursky elaborates, “But to find such perfect compositions, I had to drive thousands of kilometers.”

More recently, he has adopted a different approach and many of his images, such as Rhine II, do not fully exist in the material world. Rather, they are inventions—compositions created from digital aggregates to communicate a sense of place in the abstract. “Now I have my images more or less in mind and I look at reality in a different way because I know that I am not dependent on a situation that shows everything in a balanced composition,” Gursky says. “Because I have digital possibilities, I can work more independently. I am not a painter, but I have the same freedom now.”

Others have connected Gursky’s sublime landscapes to the paintings of the German Romantic Caspar David Friedrich, and while Gursky has not consciously set out to revisit the rhapsodic Romanticism epitomized by Friedrich, he understands that viewers may leap to that association. For example, the gleaming interior of the massive gas tank in Qatar (2012) in many ways compositionally emulates the vast landscapes and solitary people depicted by Friedrich. In the enigmatic Qatar, humankind is represented by a tiny technician dwarfed by the industrial landscape. “It's not that I have Friedrich in mind nor that I construct the composition to resemble those pictures. As an artist, I acknowledge that there are icons in our collective memories," Gursky notes. "And I do hold that history in mind in the background.”

Both Gursky and Friedrich possess a willingness to assess the schism between the ideal of the earth as a godly creation and the reality of the impact of human activity. In addition, what Gursky shares with American artists Friedrich, Church, or Watkins—his predecessors in the nineteenth century—is a growing recognition that terrain-changing construction, commercialization, and globalization reclaim and reshape the look and use of a place.

About Andreas Gursky
Andreas Gursky was born in 1955 in Leipzig, former East Germany. He attended Folkwangschule, Essen (1977-1980) and Staatliche Kunstakademie, Düsseldorf (1980–87). Recently, Gursky has had solo shows at The National Art Center, Tokyo in 2013, which was later shown at The National Museum of Art, Osaka in 2014, at the Stiftung Museum Kunstpalast, Dusseldorf in 2013 and at the Louisiana Museum of Modern Art, Humlebaek in 2012. He is participating in the International Art Exhibition of the 56th Biennale di Venezia (2015).

Andreas Gursky: Landscapes is made possible in part by Gagosian Gallery. Additional support is provided by ArtElliman, presented by Douglas Elliman Development Marketing, and the Leadership Committee including the Joseph and Sylvia Slifka Foundation, Glenstone Foundation, Christine and Sandy Heller, Amy and John Phelan, and those who wish to remain anonymous.