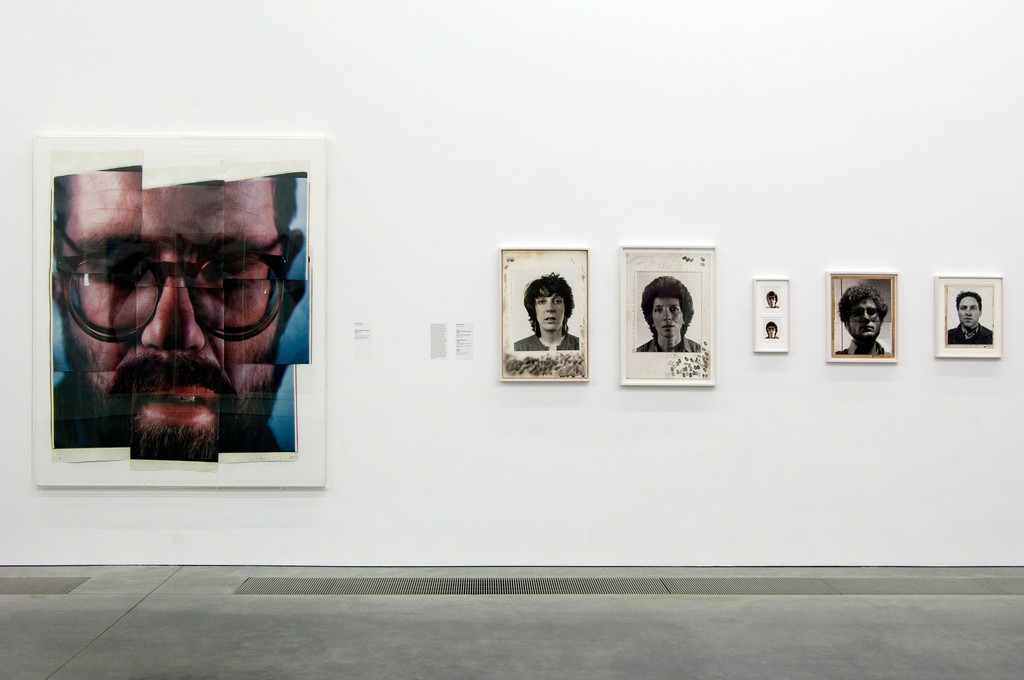 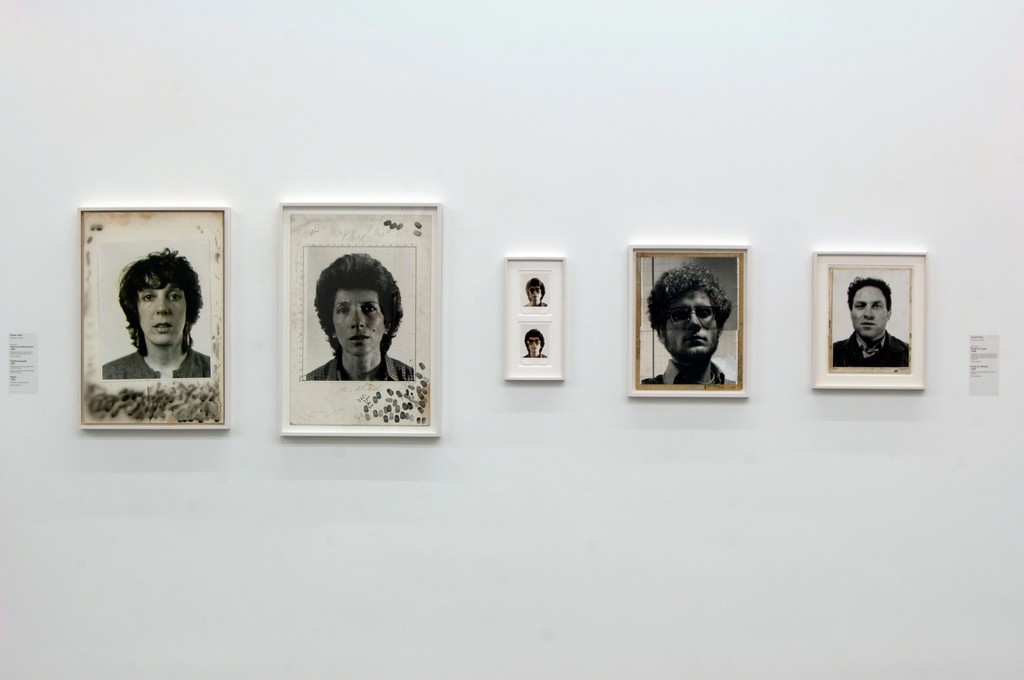 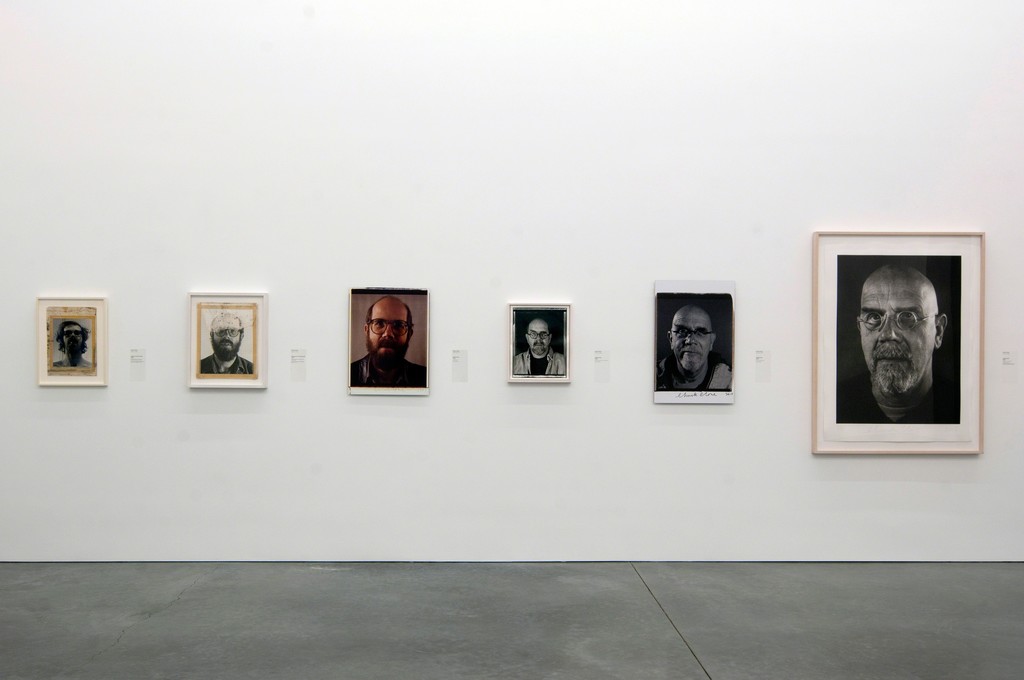 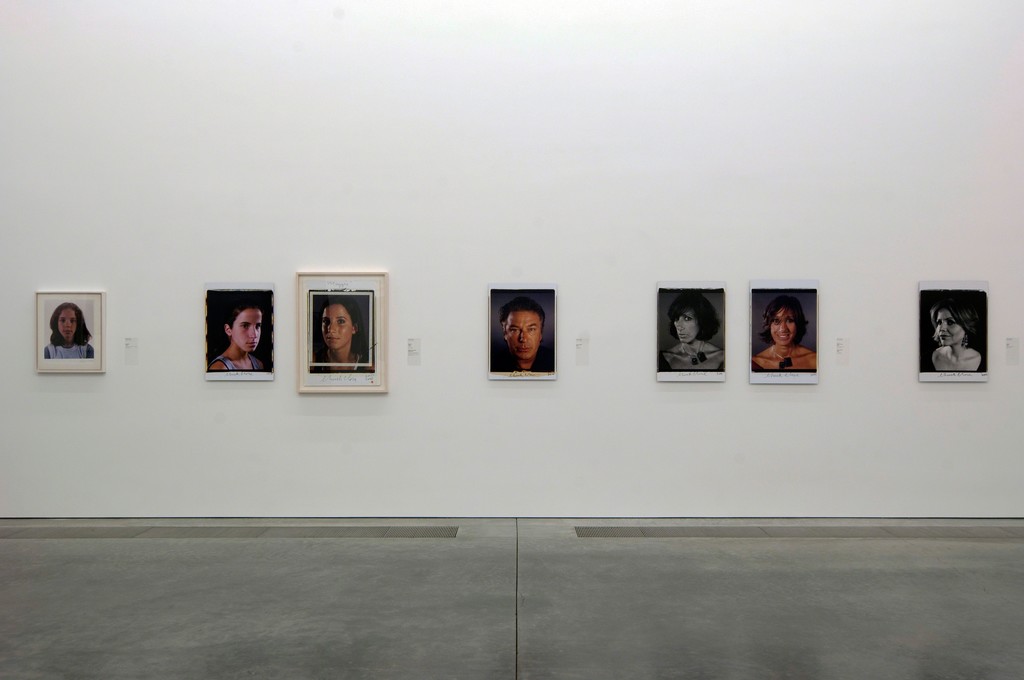 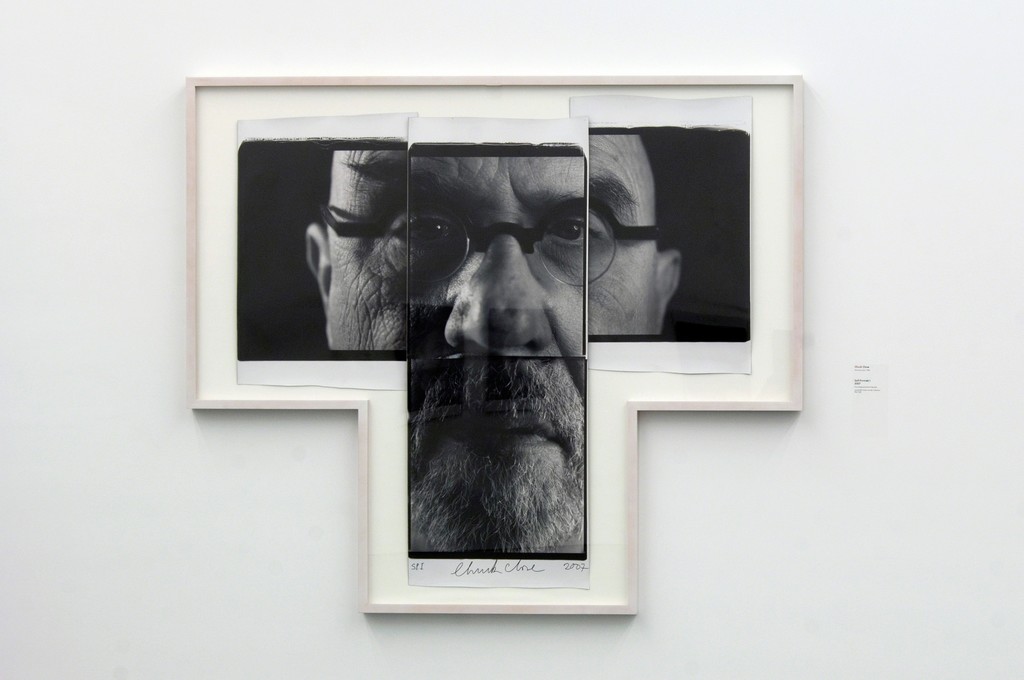 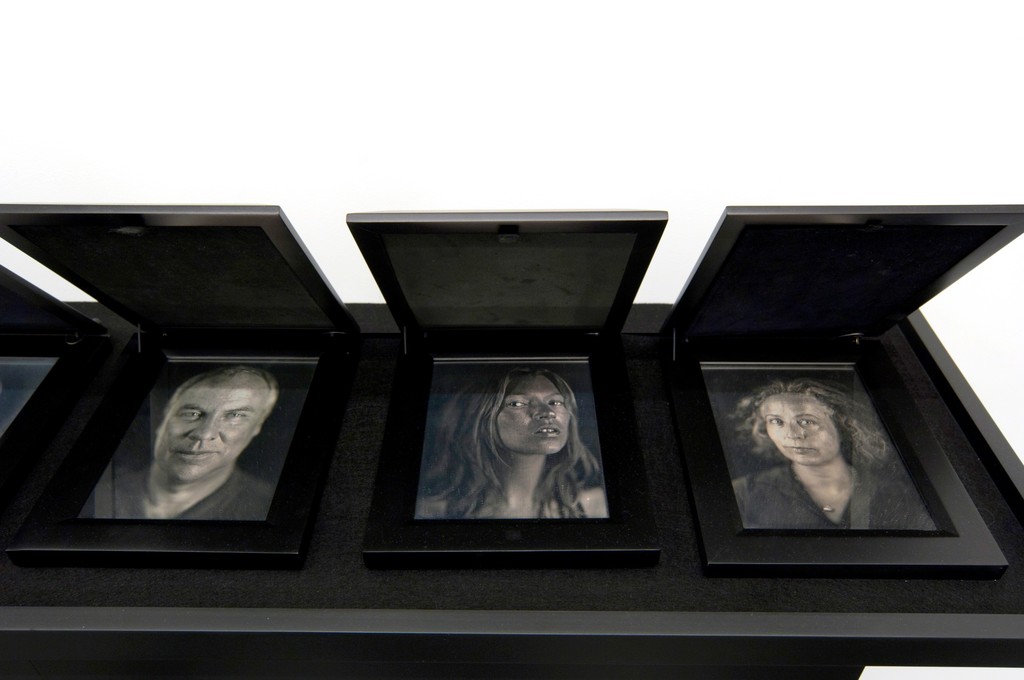 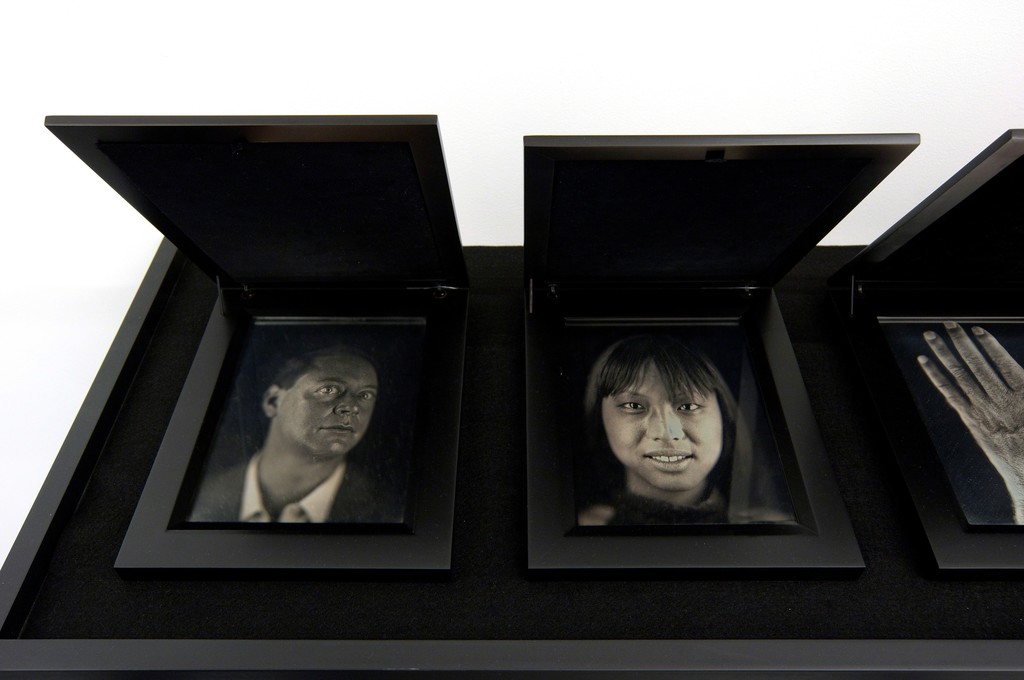 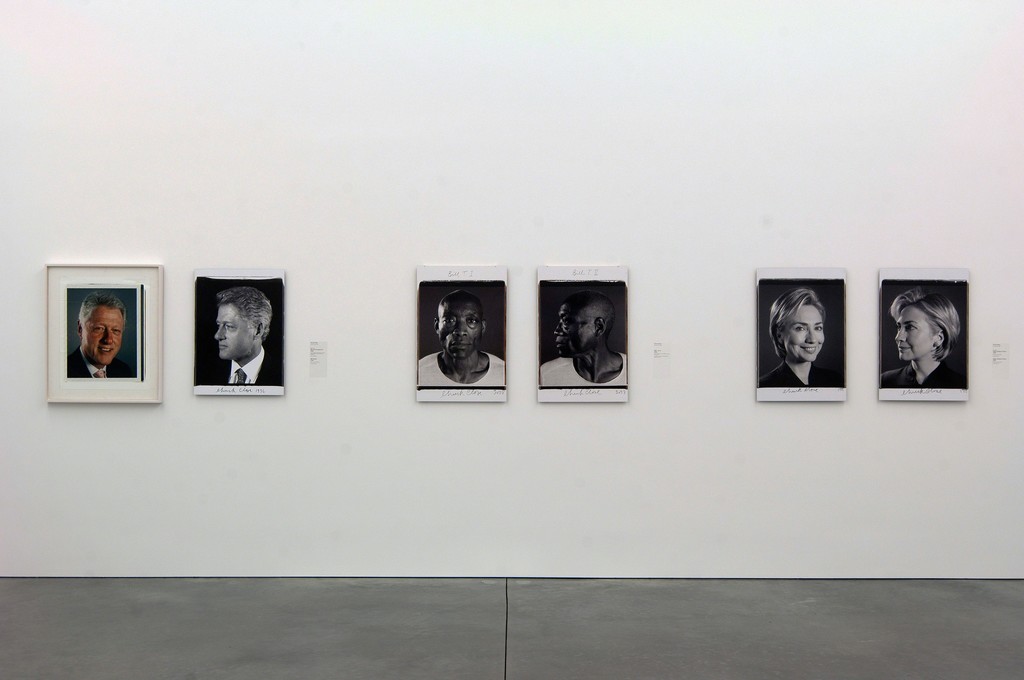 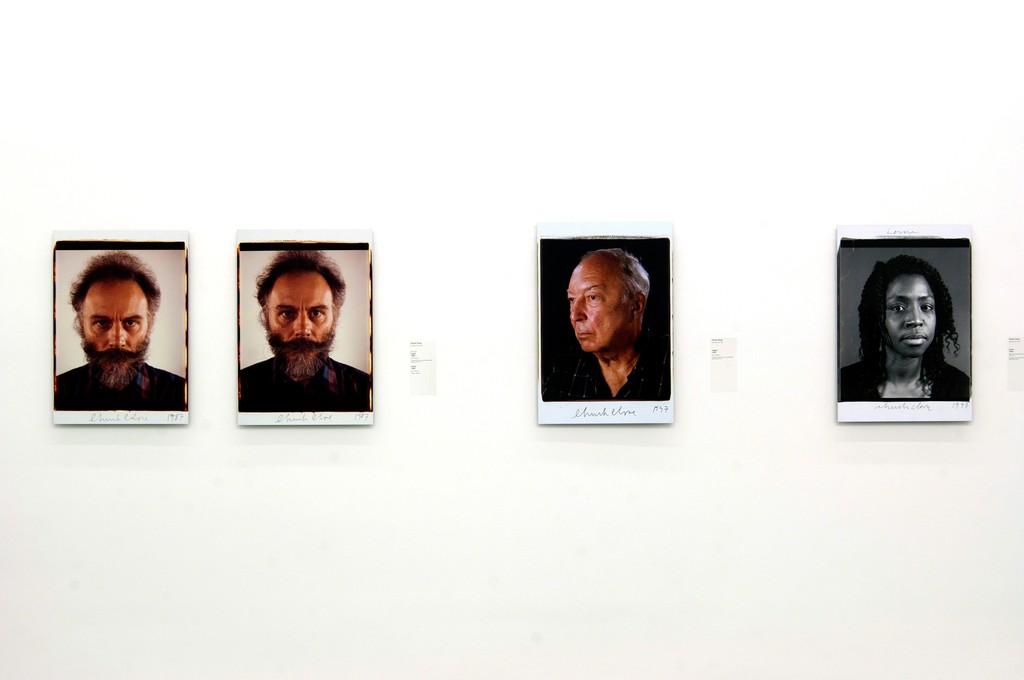 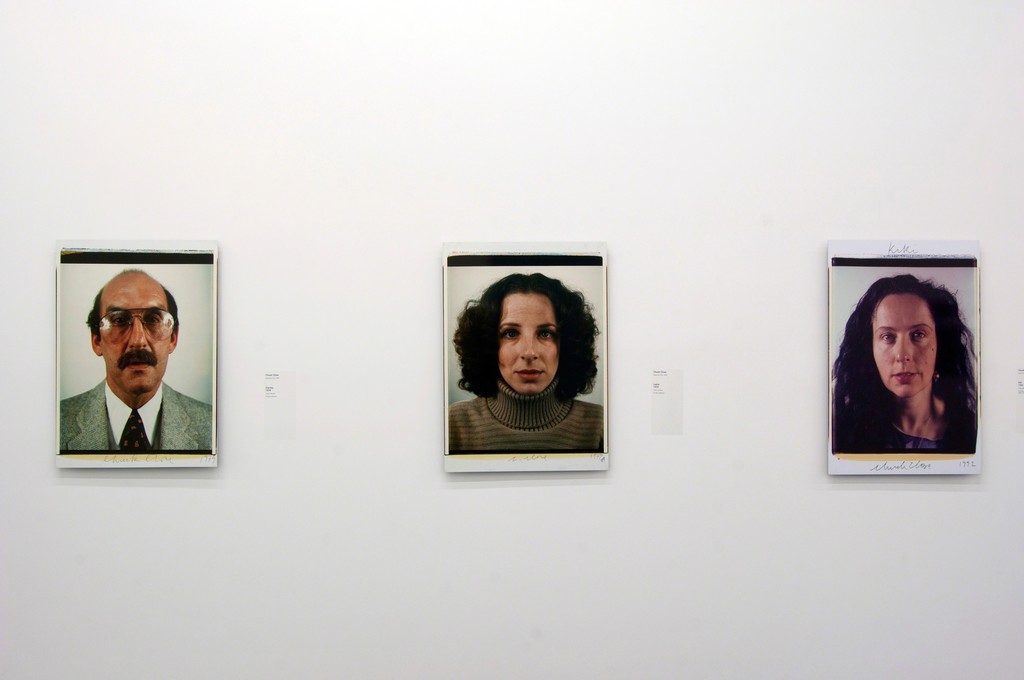 WATER MILL, NY 2/12/2015—The Parrish Art Museum has organized Chuck Close Photographs—the first comprehensive survey of the photographic work of the renowned American artist, on view May 10 through July 26, 2015. The exhibition features some 90 images from 1964 to the present, showing the full range of the artist’s exploration of photography—from early black and white maquettes, to monumental composite Polaroids, to intimately scaled daguerreotypes and the most recent Polaroid nudes. The exhibition explores how Close, one of the most important figures in contemporary art, has stretched the boundaries of photographic means, methods, and approaches.

“The photographic origin of each Close painting is well known; however, Close’s exploration of the medium itself extends far beyond the use of photographs as a programmatic tool,” said Parrish Art Museum Director and exhibition co-organizer Terrie Sultan. “Whether he uses a photographic image as source material or as an end in and of itself, everything he creates begins with a photograph. Chuck Close Photographs provides an in-depth look at photography as the foundation of Close’s creative process.”

The exhibition builds on the Parrish Art Museum’s long history of working with Close, as Sultan also organized Chuck Close Prints: Process and Collaboration, which has travelled to nearly 20 venues worldwide since 2003. Chuck Close Photographs, co-organized by Sultan and Colin Westerbeck, independent curator and photography scholar, traces Close’s use of the camera throughout his more than 45-year career and features a variety of photographic media.

Source Material
The exhibition begins with working and process materials such as contact sheets, proof sheets, photo prints, and maquettes—black-and-white or color photographs scored with ink and masking tape. On view is Contact Sheet of Details of Subject for Big Nude, 1967, the inspiration for Close’s first large-scale painting based on a photograph; as well as Proof Sheet for Big Self-Portrait, 1967, and Self-Portrait Maquette, 1968—two significant source materials for Big Self-Portrait, 1968, Close’s first “head” portrait.

Polaroids and Scale
Single and composite Polaroids figure prominently in the exhibition. Works on view include 24 x 20-inch large-format, single-image Polaroids Ray, 1979, and Self-Portrait, 1979—as well as the iconic Self-Portrait/Composite/Nine Parts,1979. Known for depicting images of friends and family in his paintings, Close expanded his subject interests in his photographic work to include people he has met throughout his career, such as Jasper, 1997; Robert, 1997; Hillary Rodham Clinton, 1999; Renée, 2006; Bill T. Jones, 2008, and Alec Baldwin, 2010, among others.

Scale is a particular signature in Close’s work, as demonstrated by large-format 40 x 80-inch Polaroids such as the five-panel, 102 x 208-inch nudes Bertrand II, 1984, and Laura I, 1984; and the 2-Polaroid Laura Diptych, 1984, Mark Diptych II, 1984, Fuji Mum, 1987, and Anthurium, 1987. These also provide further example of Close’s venturing beyond portraiture with his photographs into genres including nudes and flowers.

Early Photographic Techniques
In 1997, Close turned his attention to the 19th century technique of daguerreotypes—photographs produced on a silver plate through exposure to mercury vapor. Close was intrigued by the points of intersection between that process and Polaroids: intense clarity, stunning definition, and an immediacy that allows interaction between artist and subject. Daguerreotypes such as Kate Moss, 2003 show the same extreme level of detail on a small scale (8 ½ x 6 ½ inches) as Close’s 20 x 40 Polaroids of the late 1970s. The artist achieved a modern look with the technique by replacing natural light with banks of strobes. Robert, 2001, shows the subject smiling as he blinks from the intense flashes of light.

Chuck Close Photographs also includes Kate Diptych, 2012 and Brad, 2012. Close created these recent works using another historic technique that has been rarely seen in decades, Woodburytypes—images formed by pressing colored gelatin onto a sheet of paper in a mold.

The exhibition is accompanied by Chuck Close Photographer—a fully illustrated book published by Prestel Verlag with an interpretive essay by Colin Westerbeck and an interview with the artist conducted by Terrie Sultan. The publication is currently available at the Parrish Art Museum Gift Shop.

About Chuck Close
Chuck Close, born in Monroe, Washington in 1940, received a BFA (1963) and an MFA (1964) from Yale University and, upon graduation, abandoned the Abstract Expressionist style to work with photographs as source material for photorealist paintings, notably the 21-foot-wide Big Nude (1967). Big Self-Portrait (1968), based on a Polaroid taken by the artist, was the first of what Close called “head” portraits and the beginning of his invention with the standard format Polaroid camera.

In 1977 Close experimented with a 20 x 40-inch Polaroid at the Polaroid Corporation research center, and later at MIT. He began to create large scale composite works such as Self-Portrait/Composite/Nine Parts, 1979. The following year, he was introduced to the 40 x 80-inch format Polaroid “Museum camera.” These images, the first that Close considered works of art in and of themselves, marked a point of departure from the portrait as his exclusive subject matter as he expanded into the genres of nudes and flowers, creating multi-paneled works of a grand scale. In 1999, Close was introduced to the historic technique of the daguerreotype, and began creating small scale works of single and multiple panels that included nudes, flowers, hands, and fruit.

While known primarily as a painter, throughout his career Close has been deeply engaged in both photography and fine art printmaking. For more than 40 years, these artistic approaches have informed and inspired him. Chuck Close Prints: Process and Collaboration, for example, was originally organized by Terrie Sultan in 2003, and continues to be updated and presented in museums worldwide. Featuring more than 100 prints in a variety of media, the exhibition is on view at Museum of Contemporary Art (MCA) in Sydney, Australia, through March 8, 2015. Chuck Close Photographs is intended to further demonstrate the broad reach of his art.

Chuck Close’s work is included in major museum collections, including the Whitney Museum of American Art and Museum of Modern Art in New York, The National Gallery of Australia, the Walker Art Center in Minneapolis, Tate Modern in London, and Georges Pompidou in Paris. He is represented in the Parrish permanent collection with several works, including Self-Portrait/Photogravure, 2005, a recent gift of Paul J. Schupf Lifetime Trust, Gregory O. Koerner Trustee, in honor of Bill and Bettina Cisneros.