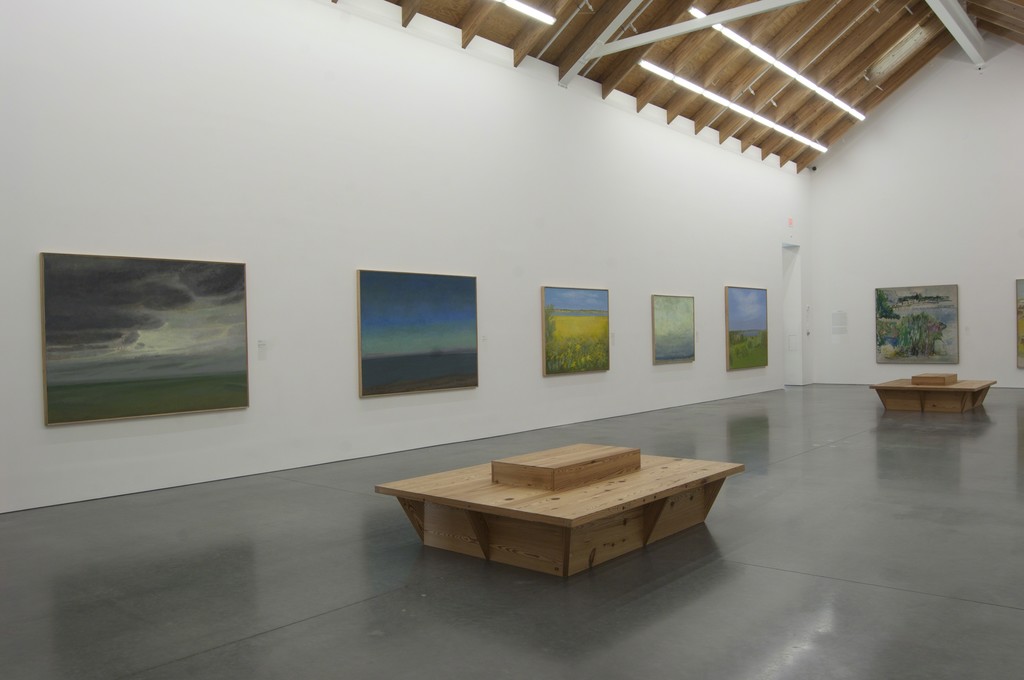 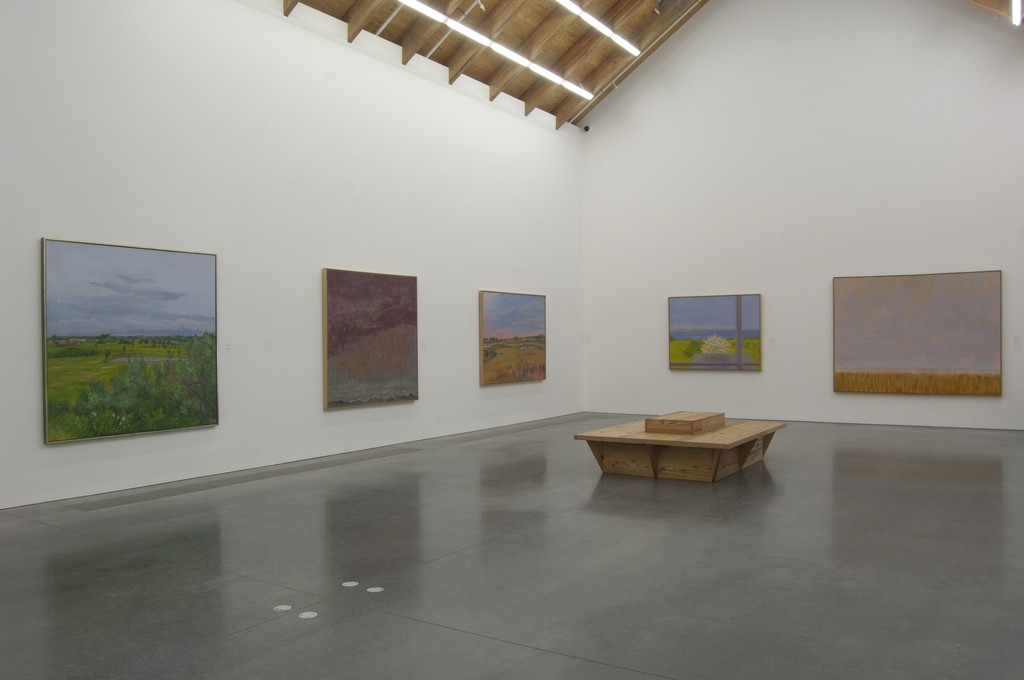 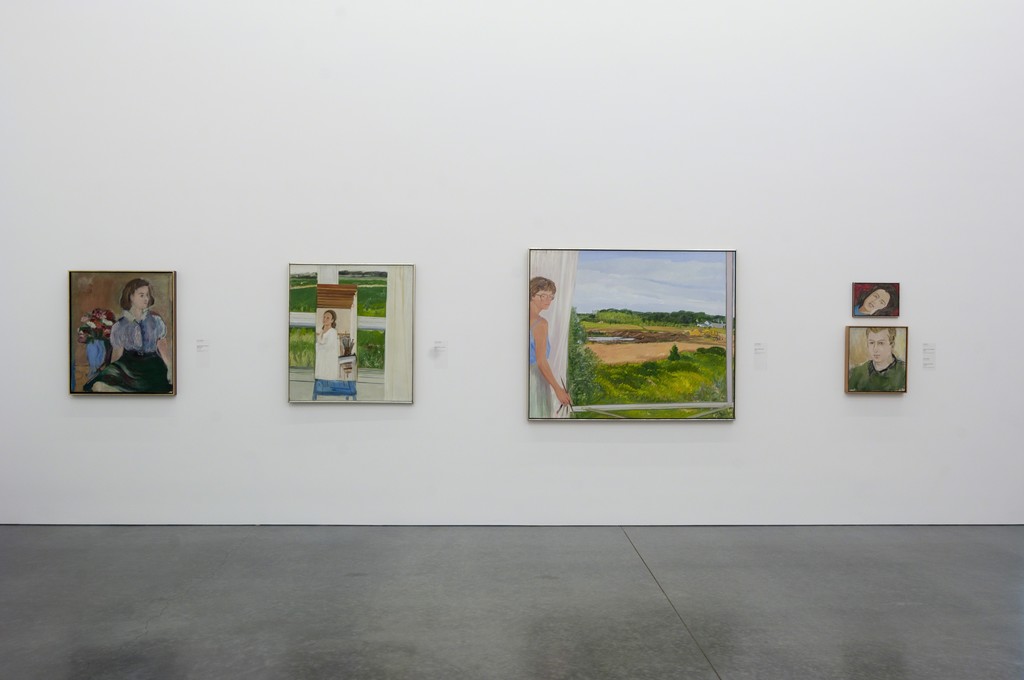 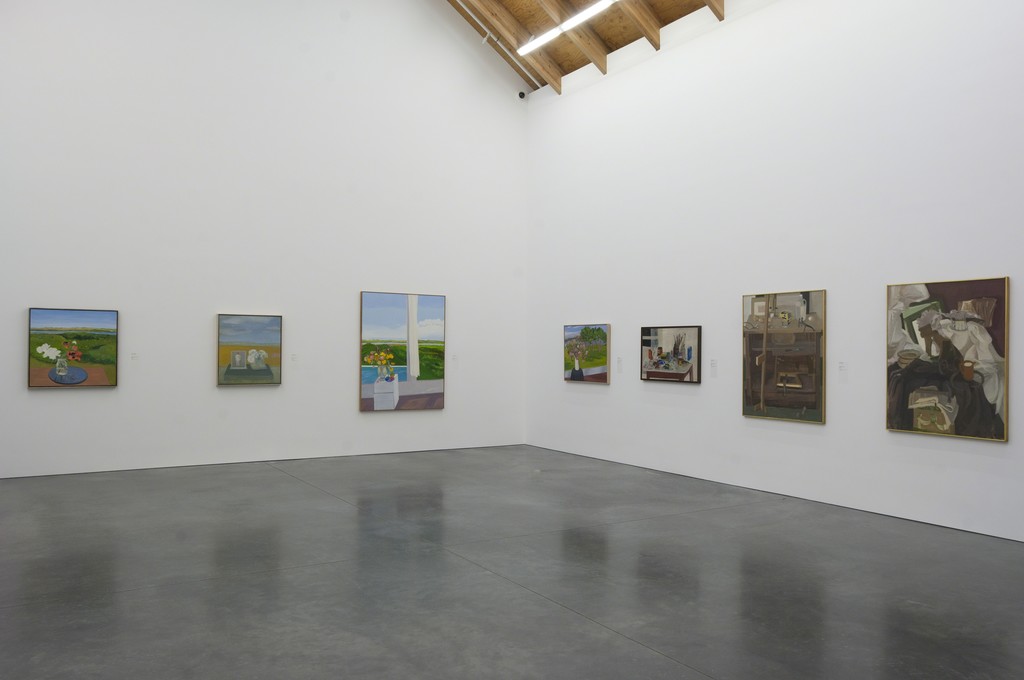 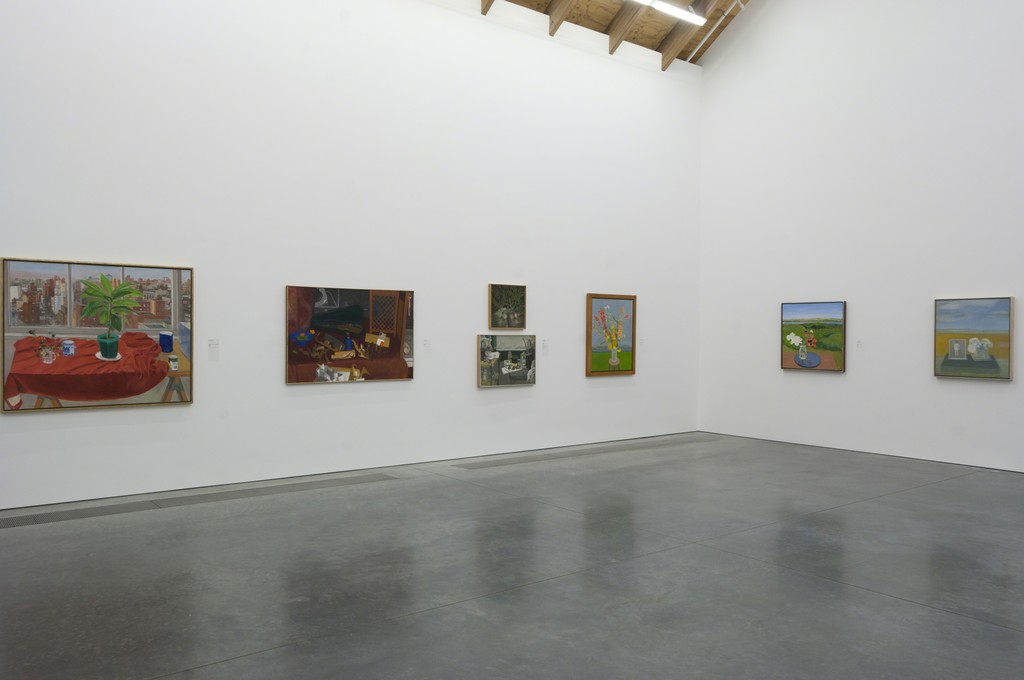 WATER MILL, NY 9/11/2015— The Parrish Art Museum has organized Jane Freilicher and Jane Wilson: Seen and Unseen, an exhibition featuring two notable figures in American art who abandoned the Abstract Expressionism of the 1950s New York art scene to fundamentally reinvent traditional landscape and still-life painting based on highly individual approaches to representation. The exhibition is on view at the Parrish from October 25, 2015 through January 18, 2016.

Seen and Unseen marks the first museum exhibition that examines the work of the two artists from the beginnings of their careers in New York, considering their proximity in the Long Island hamlet of Water Mill, where they lived and worked within a mile of one another for 50 years. Organized thematically, the exhibition also shows how the storied light and natural beauty of Long Island’s East End became a primary focus of, and major influence on the work of Freilicher and Wilson, close friends whose professional and personal lives converged and diverged over the course of their lives.

According to Alicia Longwell, Ph.D., The Lewis B. and Dorothy Cullman Chief Curator at the Parrish Art Museum, who organized the exhibition, “At a time when abstract painting was thought to be the only valid, and valued, way to make art, these two artists began to look at the world around them in terms of how a painting could present a heightened reality and still deal in representational images—each conveying her own authentic response to the natural world.”

The exhibition at the Parrish, spanning the full range of the artists’ explorations of landscape, still life, and portraits from the 1950s through 2007, reveals how each pushed the boundaries of traditional approaches to create highly individual accounts of the world around them. Jane Freilicher and Jane Wilson: Seen and Unseen features approximately 20 paintings by each artist as well as works on paper, plus portraits of the two women painted by Fairfield Porter and Alex Katz, and photographs by Wilson’s husband John Jonas Gruen, chronicling the women’s lives.

Freilicher and Wilson were both born in 1924 and rose to early prominence in the 1950s New York art world, where they were regarded as serious modernist painters by leading critics including John Ashbery, James Schuyler, and Fairfield Porter. After brief explorations with abstraction, both artists departed from the style in pursuit of a more personal approach. Freilicher was compelled by what she called the "seen," and her keen observation skirted realism in favor of an unconstrained, fluid paint handling. Wilson, too, abandoned abstraction and literal transcription, rather seeking to convey in paint the “unseen” or what she called "moments of strong sensation."

Freilicher painted the world as it was from specific vantage points: a greenhouse atop her apartment building in Lower Manhattan and her second story studio window in Water Mill. The latter view dominates the subject matter of her work in Seen and Unseen, beginning with early forays into abstraction such as The Mallow Gatherers (1958) and Blue and Green Abstraction (1960). For the next five decades, looking out onto lush marshes and farms, Freilicher objectively chronicled the changes on the East End of Long Island in works including Landscape with Construction Site (2001) and The Changing Scene (1981), in which she inserts into the painting a sliver of herself, drawing back the curtains to reveal a landscape transformed by rampant development.

While Freilicher’s titles illustrate her straightforward take on the view beyond, Wilson’s are indicative of her focus on the view from within, as apparent in Near Night, Water Mill (1988), Tempest (1993), and Yesterday’s Clouds (2010). Wilson painted landscapes from the mind’s eye, imbuing the work with her bred-in-the-bone sixth sense about weather, which she developed during a childhood growing up on her family’s farm in Iowa. These later landscapes—ethereal and atmospheric, with low-hanging horizon lines that give way to a full play of light and color—are the hallmark of Wilson’s mature work that capture the moments where nature, weather, time of day, and season of the year converge.

A fully illustrated catalogue accompanies the exhibition, featuring works by the two artists, historical photographs by Gruen, and essays including Worlds Seen and Unseen: The Art of Jane Freilicher and Jane Wilson by Alicia G. Longwell, Ph.D.; A Day in the Life by Deborah Rothschild that delves into a 1957 Coronet magazine feature article on Wilson, who worked part time as a show room model; Jane Freilicher’s “Handwriting” in Pen and Paint by Karin Roffman; and a piece on Wilson by Mimi Thompson, Transforming the Everyday.

About Jane Freilicher (1924–2014)
Jane Freilicher, born in Brooklyn, New York, received a B.A. in art from Brooklyn College, studied painting with Hans Hofmann in Provincetown and New York, and received a master’s degree from Teachers College, Columbia University in 1949. Freilicher’s first solo exhibition was held in 1952 at the uptown Tibor de Nagy Gallery. She was the subject of a feature story in ARTnews by Fairfield Porter, with whom
she became lifelong friends. Freilicher married Joseph Hazan and rented a house in Water Mill in 1957, the same year that she was one of six artists featured in a Life magazine article on Hofmann. Freilicher was the muse of members of the New York School of poets including John Ashbery, Kenneth Koch, John Schuyler, and Frank O’Hara, who was inspired by her to write his series of “Jane poems.”

Freilicher had numerous solo exhibitions at galleries including Tibor de Nagy and Fischbach in New York. Her work in is the permanent collections of the Whitney Museum of American Art, the Metropolitan Museum of Art, The Museum of Modern Art, and The Grey Art Gallery, New York University, New York; the Cleveland Museum of Art; San Francisco Museum of Modern Art; and the Hirshhorn Museum and Sculpture Garden, Washington, D.C.
About Jane Wilson (1924–2015)
Born on a farm in Seymour, Iowa, Jane Wilson earned a master’s degree in painting from University of Iowa in 1947. With her husband John Jonas Gruen she moved to New York where she met Jackson Pollock, Willem de Kooning, and Larry Rivers. Wilson first exhibited at the Tanager Gallery on East Tenth Street prior to her first solo exhibition in 1953 at the Hansa Gallery, an artist’s cooperative that she co-founded. In 1960, Andy Warhol commissioned her to paint his portrait, Andy and Lilacs, which is on view in Seen and Unseen. In addition to the Coronet article “Portrait of the Artist as a Young Model,” Wilson appeared in Glamour, Life, and Time magazines, and on the television shows Home and The $64,000 Question.