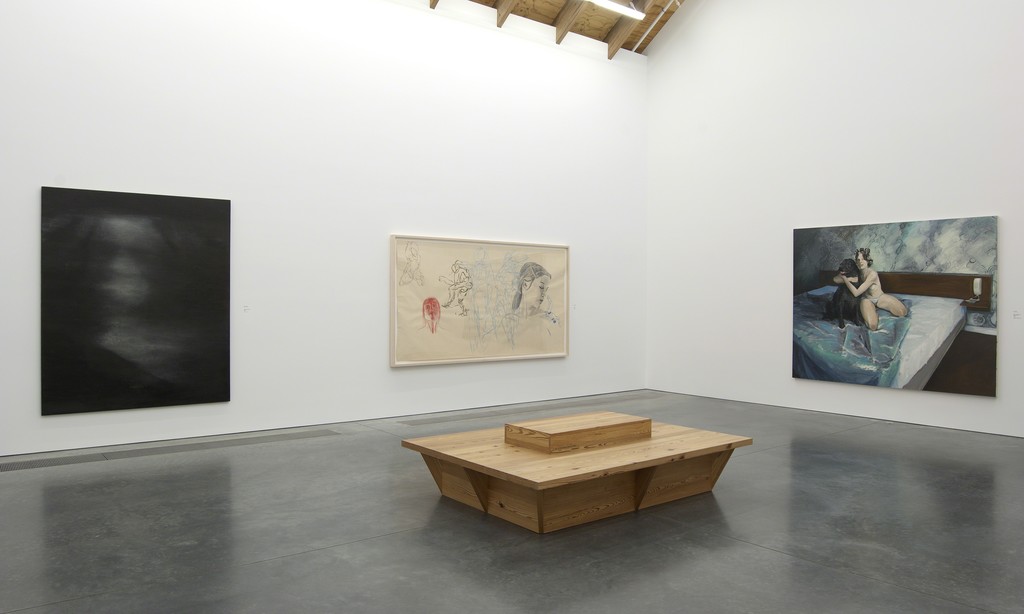 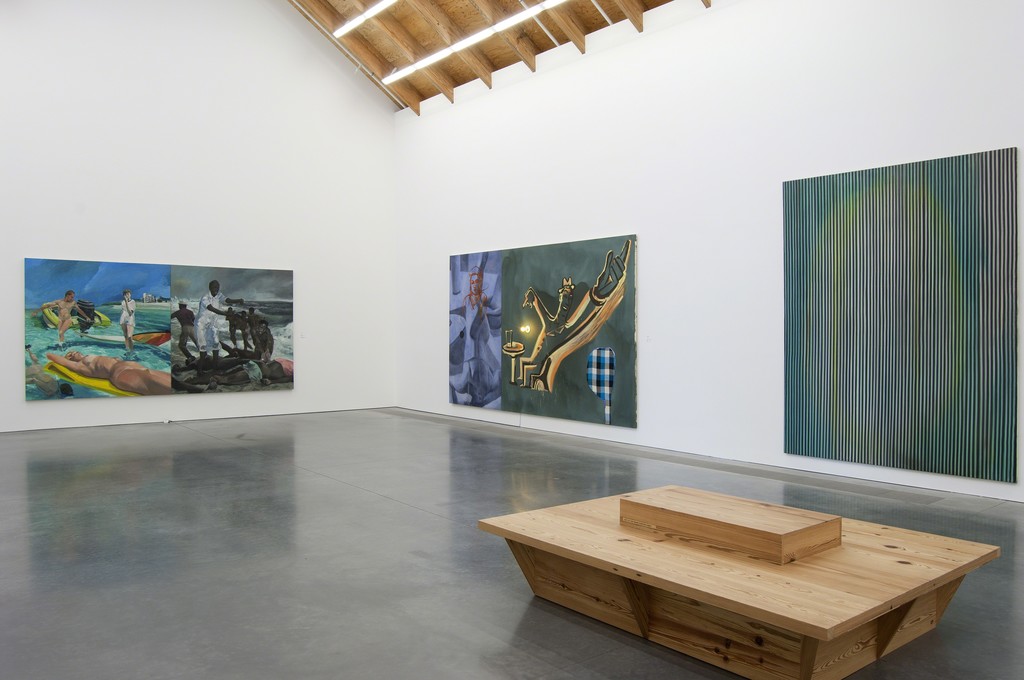 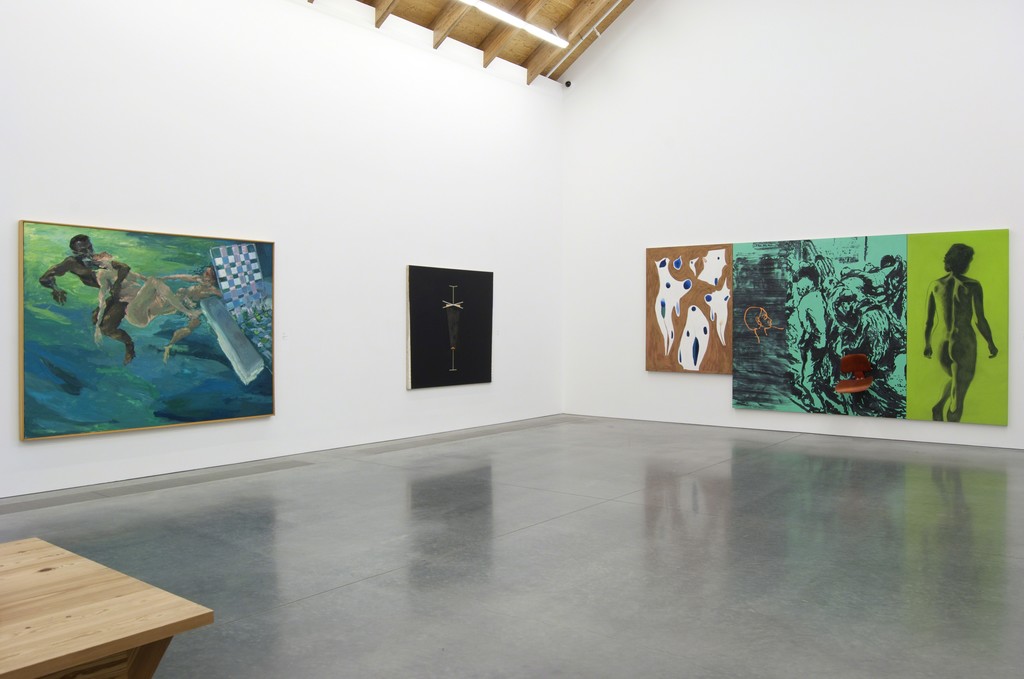 The Parrish Art Museum presents Unfinished Business: Paintings from the 1970s and 1980s by Ross Bleckner, Eric Fischl, and David Salle, the first exhibition to focus on the early work of three painters who established themselves in New York at a time when the relevance of painting had come into question. On view August 7 through October 16, Unfinished Business features 41 paintings and works on paper created from 1976 to 1987 that trace the moves Bleckner, Fischl, and Salle made with various materials as they defined the parameters of their practices and laid the foundation of their mature styles.

“Bleckner, Fischl, and Salle found in paint a medium they could turn to their own purposes,” said David Pagel, Parrish adjunct curator and exhibition organizer. “The materials and conventions of painting are open to further explorations, interpretations, and discoveries. As a result, these works compel viewers to interact with them face-to-face. They are as lively and viable today as they were forty years ago.”

While each artist had distinct philosophies and markedly diverse approaches to painting, they shared a strong affinity for using social and political narrative content as its foundation: Bleckner’s largely abstract works that use shifting patterns and geometry to give form to the changing cultural landscape during a time of social upheaval; Fischl’s narrative paintings that address cultural taboos against the backdrop of suburbia; and Salle’s juxtaposed and layered images that embody the collision of societal codes.

The exhibition also raises the question of how the artists influenced one another through their commitment to the medium, shared values, and decades-long friendship that began at the California Institute of Art (CalArts), matured in New York City, and continued on the East End of Long Island. Bleckner, Fischl, and Salle met in the early 70s as students in the first graduating classes of CalArts, where the pervading ethics valued exploration of new media such as photography, video, and installation over painting—a practice considered reactionary and passé. The three artists remained dedicated to the medium as a material that offered challenging and compelling pathways to creativity.

By 1978, all had gravitated to New York City, where the art world was dominated by post-modernism, conceptual art, and new media. Bleckner, who began his professional studies at New York University, returned to the city in 1974 and immersed himself in the art scene, living in a loft building that housed Julian Schnabel and the infamous Mudd Club. Within a year, Bleckner had his first solo exhibition (Cunningham Ward Gallery) and in 1979, he joined the new Mary Boone gallery in SoHo. Bleckner introduced Salle to Boone in 1981, and the following year, Salle brought Fischl in to the gallery. A champion of the resurgence of painting, Mary Boone became instrumental in accelerating the careers of the three artists during the late 70s through the 80s. By 1985, the three artists had established a presence on the East End—a place they found provided a diverse art community and was conducive to creating new work.

In addition to bringing together for the first time important paintings by these three artists, Unfinished Business continues the Parrish Art Museum’s commitment to projects that, according to Parrish Director Terrie Sultan, “illuminate how professional and personal friendships play pivotal roles in artistic development and how these interactions have contributed to the advancement of American art.”

The exhibition is accompanied by a fully illustrated catalogue, published by the Parrish Art Museum and distributed by DelMonico Books • Prestel, featuring an introduction by Terrie Sultan, essay by exhibition curator David Pagel, an in-depth interview with the three artists conducted by Pagel and Sultan, a special contribution by artist Mary Heilmann, and an illustrated timeline compiled by Witt Kegel and Sarah Silverstein.