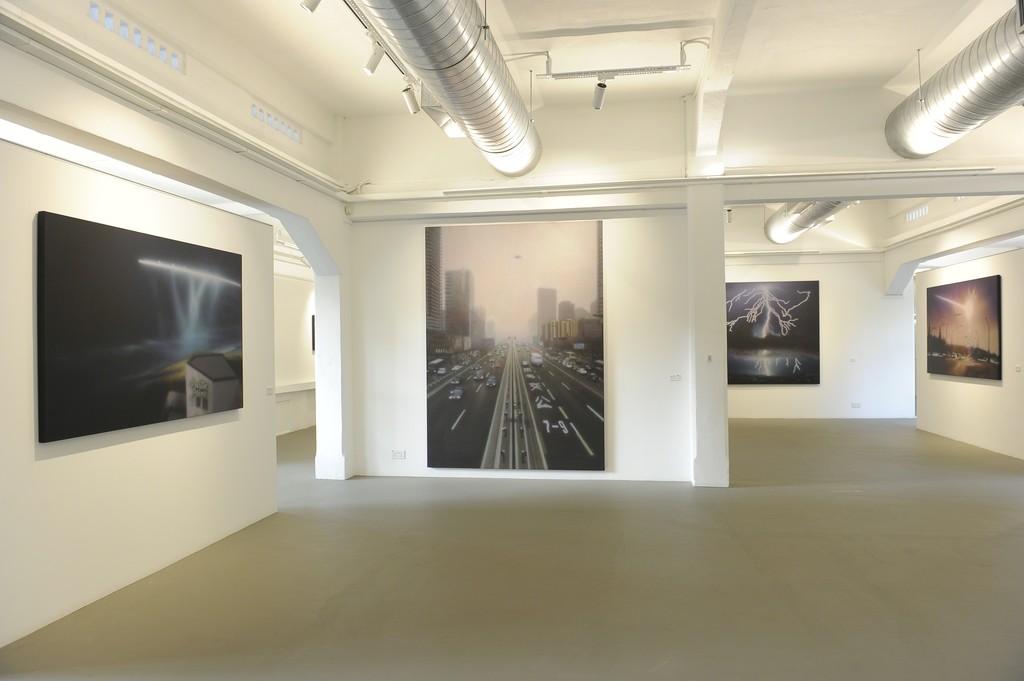 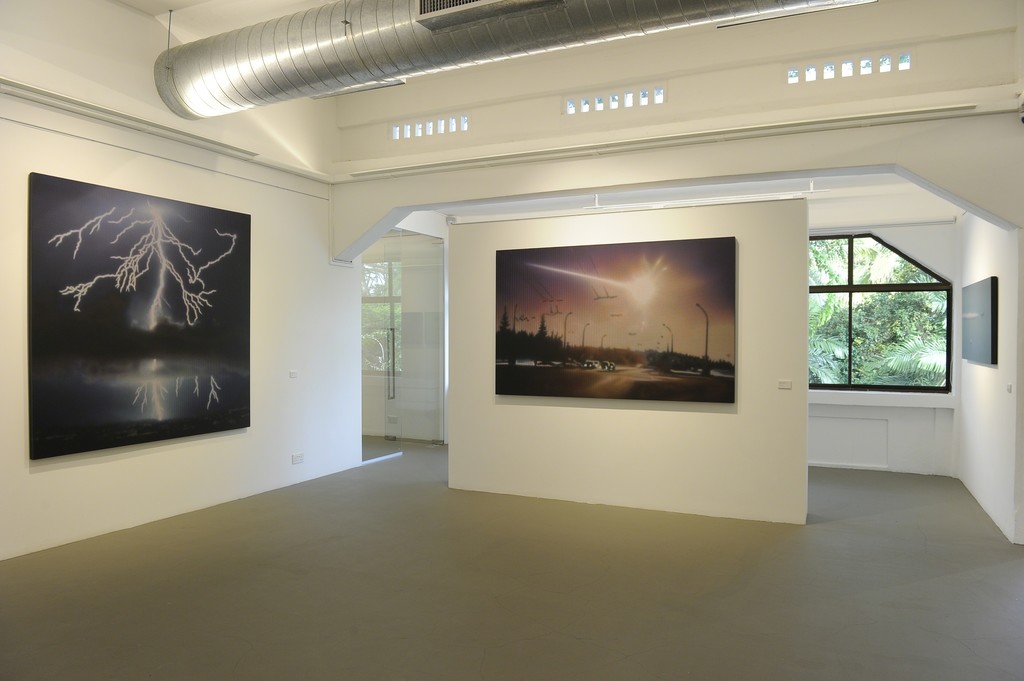 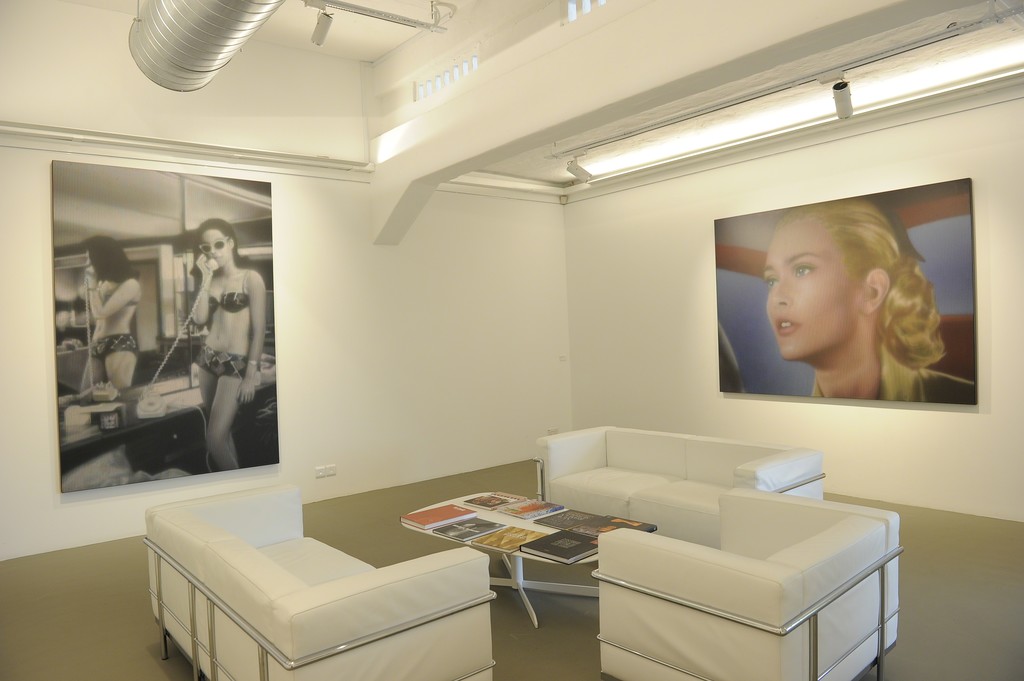 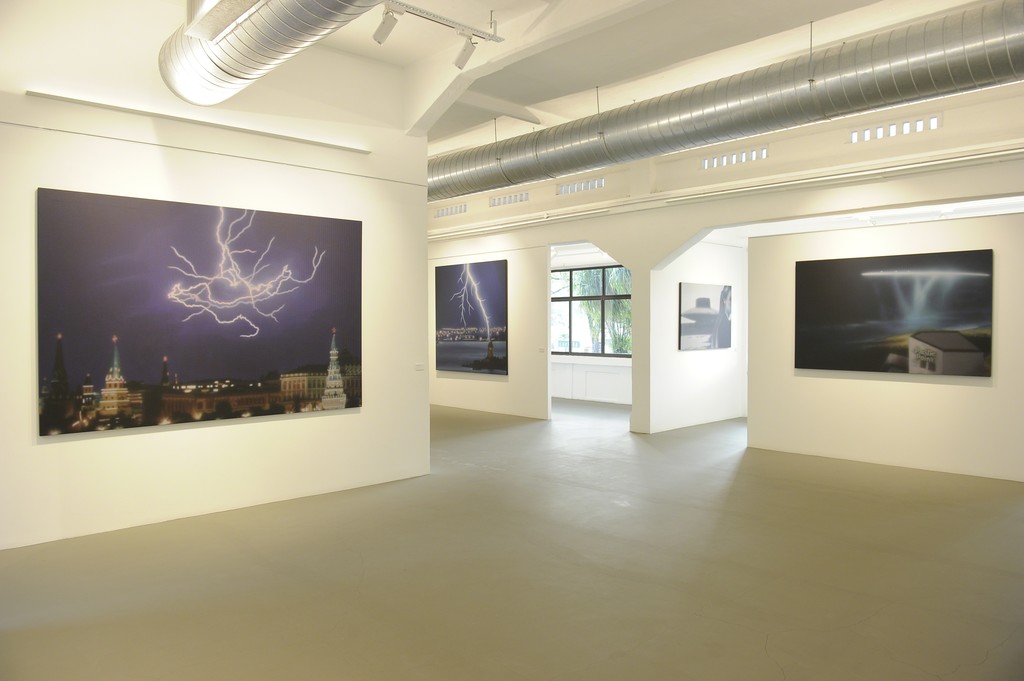 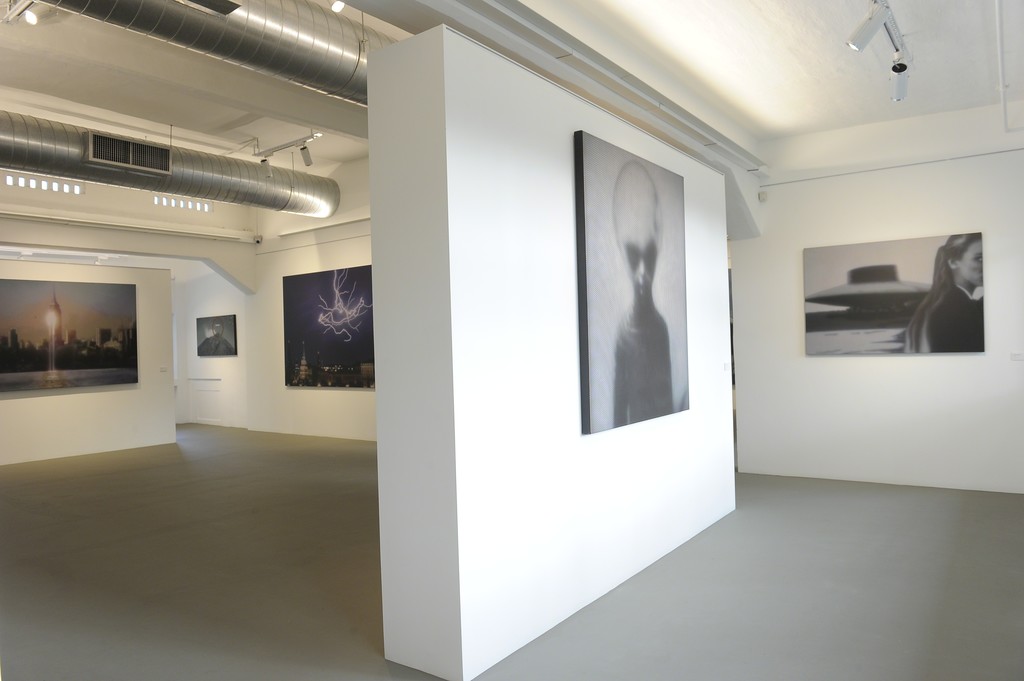 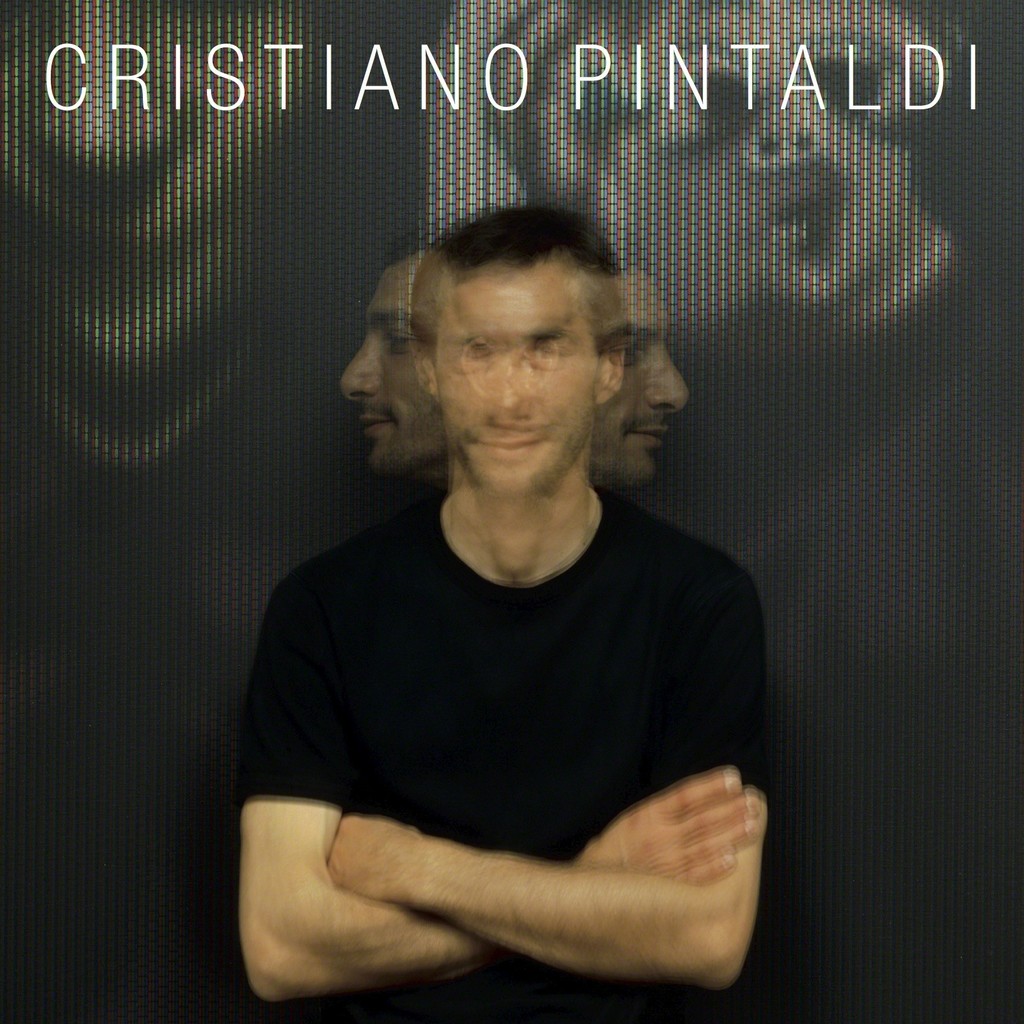 After the big success at the 54th Venice Biennale (2011), and numerous national and international exhibitions, such as the one in Saint Petersburg (2014), Partners & Mucciaccia Gallery in Singapore, will showcase Cristiano Pintaldi’s personal exhibition “Suspended Animations” on September 13th, 2014.

In Singapore the connection between progress and civilization is expressed through landmarks full of symbolic strengths, where of Pintaldi’s works seems to be a perfect pictorial, balancing manual skills and technology, slowness and synthesis, surface impact and reflective process.

The Italian artist elaborates his images through the pixel unit, the technological cell that has allowed birth and the development of the video culture.

This scientific process (the elaboration of any painting needs several methodic and meticulous phases) is expressed by a solid iconographic spirit, recreated on canvas to produce a realistic imaginary.

Lightning striking down over places with a strong symbolic value (San Pieter Basilica or Tour Eiffel), aliens apparitions in urban skies, alchemic monuments, distant times and places mixed together (Giza’s Sphinx as a background for a plane over Las Vegas)… Pintaldi raises as an exegete of our contemporary time, observing The Planet looking for signals about the humankind’s future and the connections beyond the perceptible. An out-and-out palmistry that express itself through the impact of the image and his interior density, as though the work were the synthesis selecting in the daily flux a metaphysical light, which isolates the point of ethical detonation.
In the nineties Cristiano Pintaldi has invented a new pictorial approach, recreating on canvas the same scientific mechanism of the three-color (red, green and blue) from which the electronics images born. Using the pixel as iconographic measurement unit, the roman artist acts for simulation and palmistry: where the simulation reveals the movement from a technological mechanism to a manual system and where the palmistry concern subjects and contents of the images. Pintaldi has a liquid dream of a vision through which the figurative limit can be forced, fixing fragments of a media reality (the images are taken from television, web, cinema…) in a chromatic grid that capture any single particle of the daily flux.

The painting isolate the instant idealizing the function of the glaze, reporting on canvas the palmistry value, the power of absolute that a painting can only recreates, bringing back the media image (full of surface and impermanence) in the deep iconographic dimension.