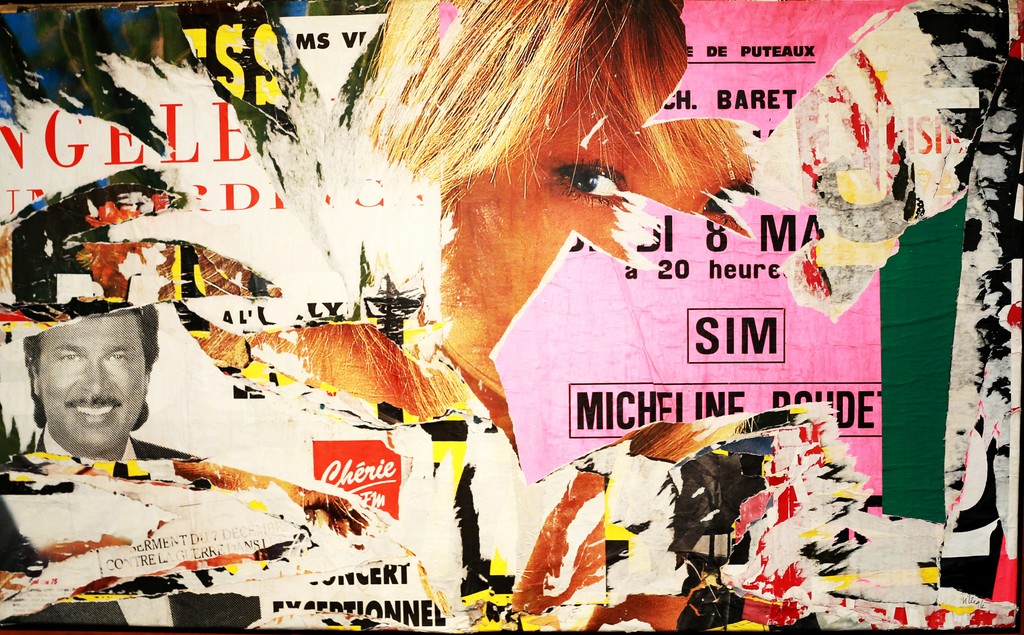 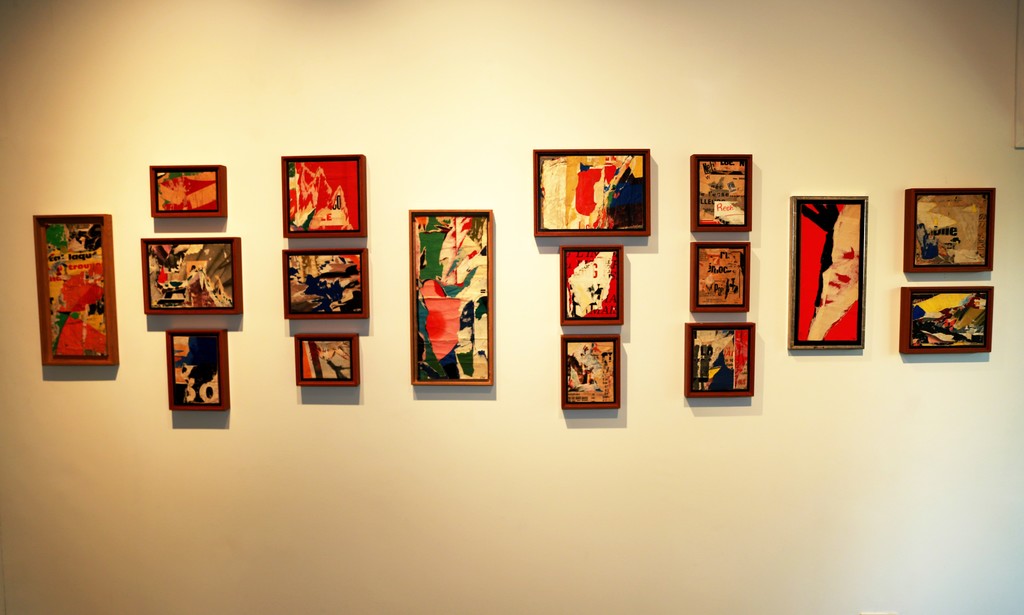 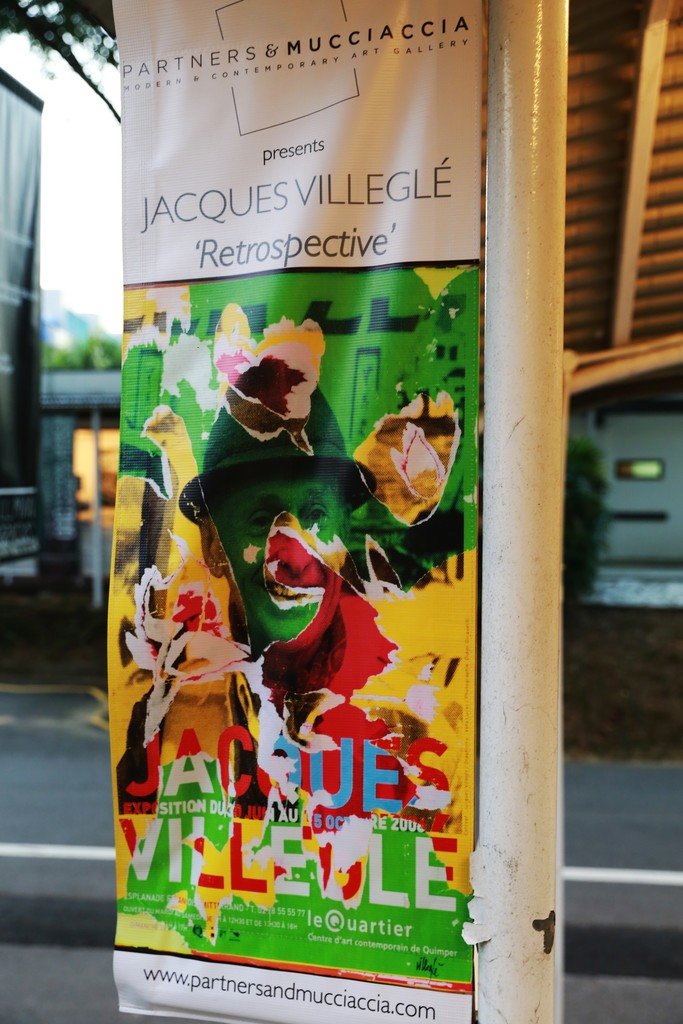 Partners & Mucciaccia is pleased to present a retrospective exhibition of Jacques Villeglé (1926), one of the most important living French artists, curated by Dominique Stella. As the only French artist whom the New York Museum of Modern Art dedicates an exhibition to, his works are widely exhibited in museums and galleries around world, notably MoMa (New York), Tate Gallery (London) and Centre Pompidou (Paris). In 2008, Musée National d’Art Moderne at Centre Pompidou consecrates his works with an important retrospective. Currently, his works are being exhibited at Musée Tinguely in Basel and will be continuing his next exhibition at Schirn Kunsthalle of Frankfurt.

Jacques Villeglé’s exhibition at Partners & Mucciaccia will showcase the Nouveau Réalisme of the artist’s works, through a retrospective made by more than 50 artworks, from the ‘décollages d’affiches’ of the Sixties to the lasts ripped posters realized in the 2000, including his recent works elaborated with his socio-politics signs technique. This exhibition highlights the innovative nature of the ‘recycling techniques’, the artist’s favourite, which allows him the possibility of understanding the world by an anarchic and poetic interpretation. He stole from the urban culture a piece of living matter and in return, he gives it back to us under the form of a canvas. Consequentially, an extremely different and original language is born.

During 1949 in Paris, Jacques Villeglé and his friend, Raymond Hains, had the idea to take hold of ordinary matter such as posters and invented the ‘décollage’: the appropriation of ripped posters. The artist chooses an object to rip for several reasons: the matter, the subject, the image, and the chromaticism. The gesture of appropriation, serving the gaze, is often quick and even violent. Jacques captures and steals what the eye notices then tosses them onto his plunder, like a predator does with his prey.

In 1961, his works are identified as the Nouveau Réalisme movement. For most, Villeglé is a Nouveau Réaliste artist, rather than an affichist, a term that characterize the use of a matter posted up as a creative vehicle, often associated with Raymond Hains, François Dufrêne and Mimmo Rotella. Historians categorize this crucial implication as the essential pinnacle for the artist career. His involvement in affichistes group represents the base of his adventure, mixed with the story of the Nouveau Réalisme movement, to which he participate in a decisive way.

Jacques Villeglé’s journey as an artist is coloured with various phases. Starting with a Jacques Villeglé before the affichistes (1948-1960, when he starts working with Raymond Hains); a Jacques Villeglé as part of the Nouveaux Réalistes group (1960-1968) and a Jacques Villeglé who is independent and free, focus on a research made by himself, starting from the ripped posters he took over time from the streets of Paris, Buenos Aires and other places. Villeglé is a living witness of urban art but it does not deny him a clear work around specific themes, always introducing new interpretations of the time.

Up till 2000, Jacques Villeglé has continued on catching posters. He invented a new technique called ‘socio-politics signs’. This technique allows him to explain the world through a personal language that transfigures the ordinary reality in an odd and colourful novel about the world.