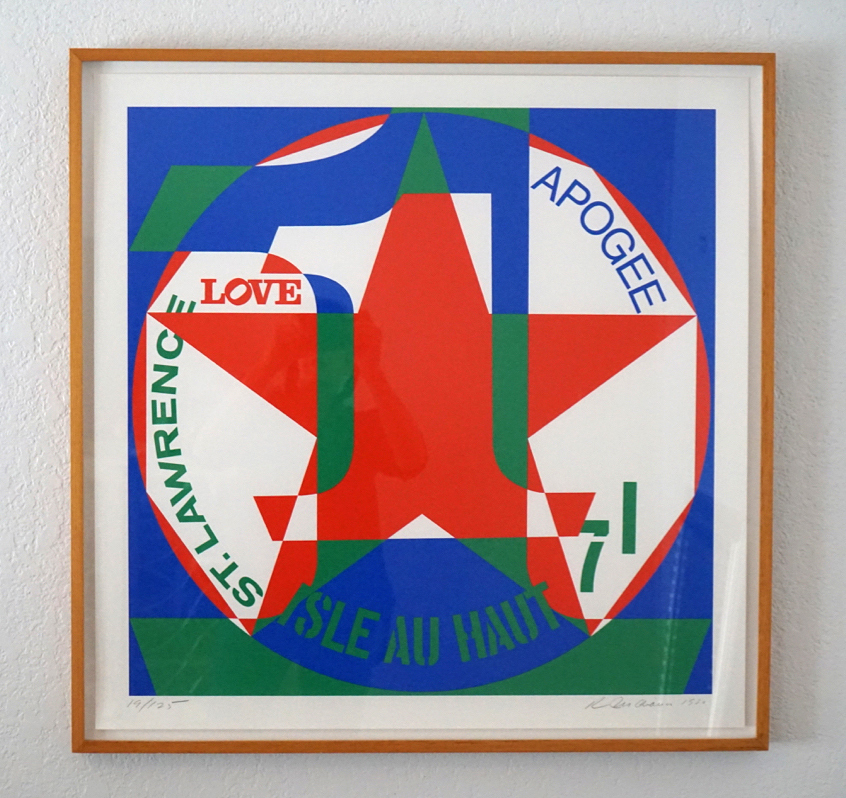 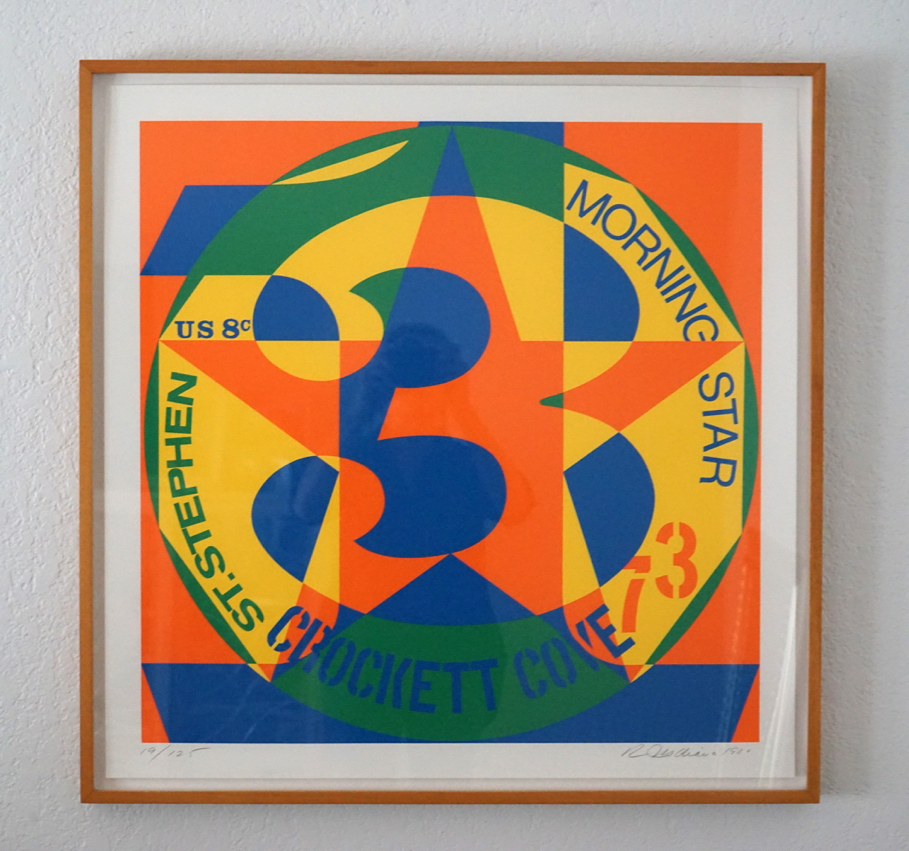 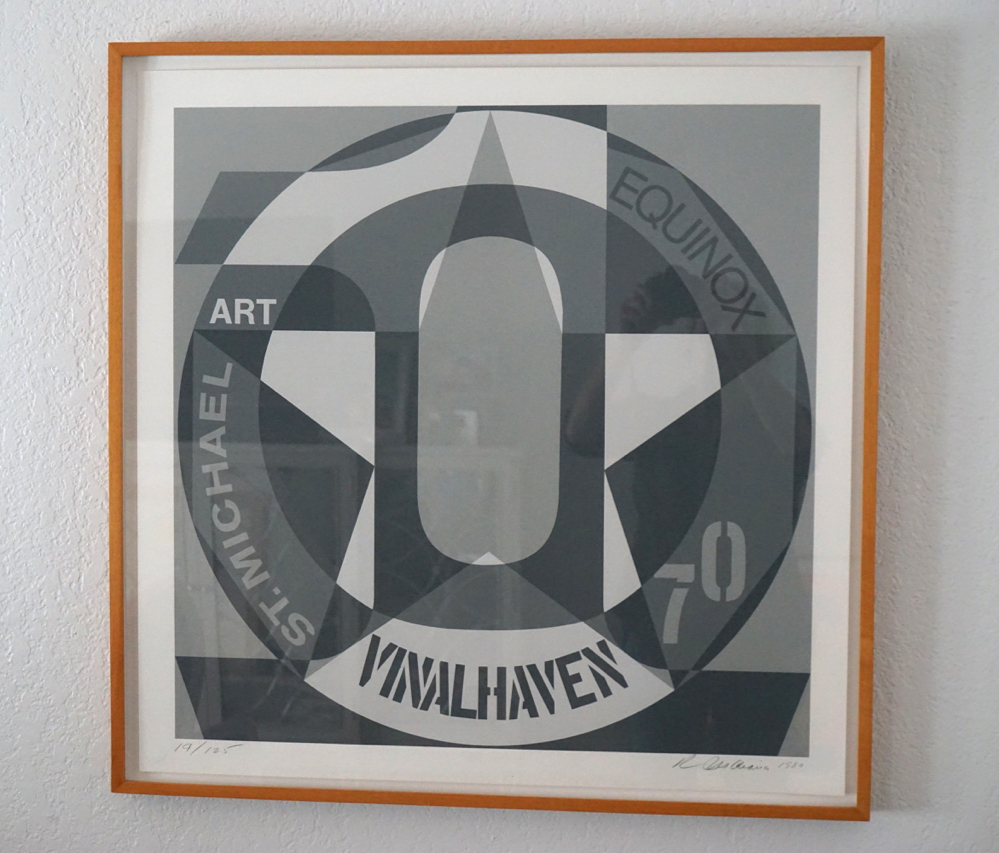 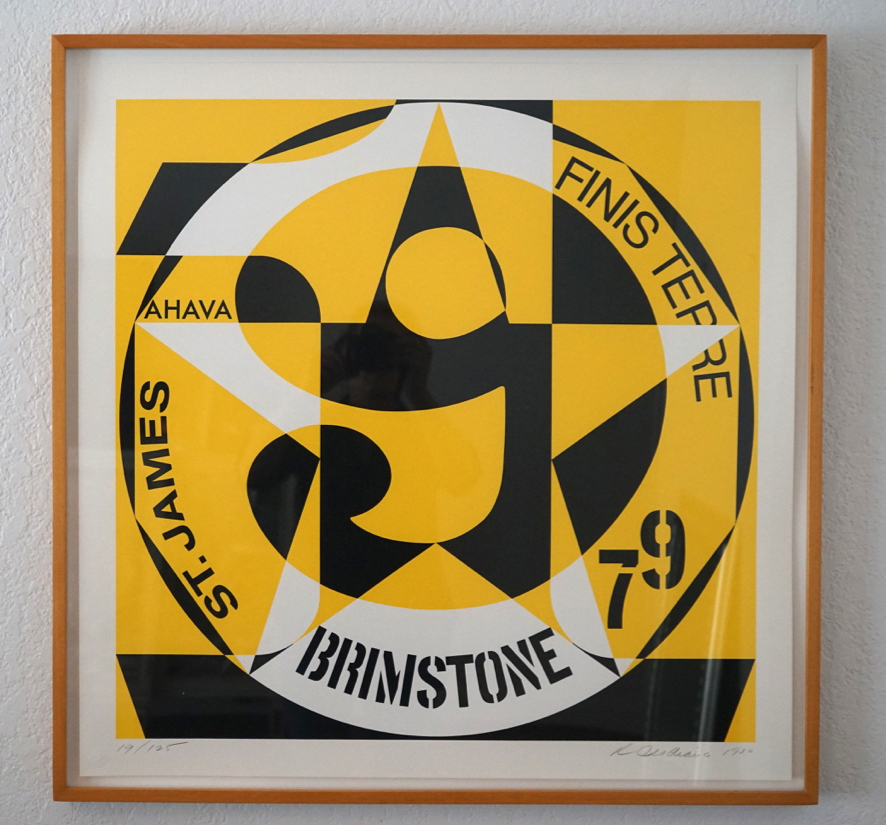 Famously proclaiming himself to be “an American painter of signs,” Robert Indiana has created an enormous body of work, much of it boldly colored abstractions. In 1978 Robert Indiana (born 1928) relocated from his studio in Manhattan to the island of Vinalhaven, located in Maine’s Penobscot Bay, where he had worked seasonally since 1969. In the series Decade: Autoportraits, Vinalhaven Suite (1980), Indiana created a silkscreen for every year of his tumultuous 1970s, each titled after a location on or near Vinalhaven. Indiana’s works included other textual artifacts of this time, including monumental travels, artworks, and relationships of each year. The "Autoportrait" series depicts Robert Indiana's self-portrait using cardinal numbers, colors, words and shapes, using his language of hard edge geometric abstraction. The central cardinal numbers represent the corresponding year to which they refer.