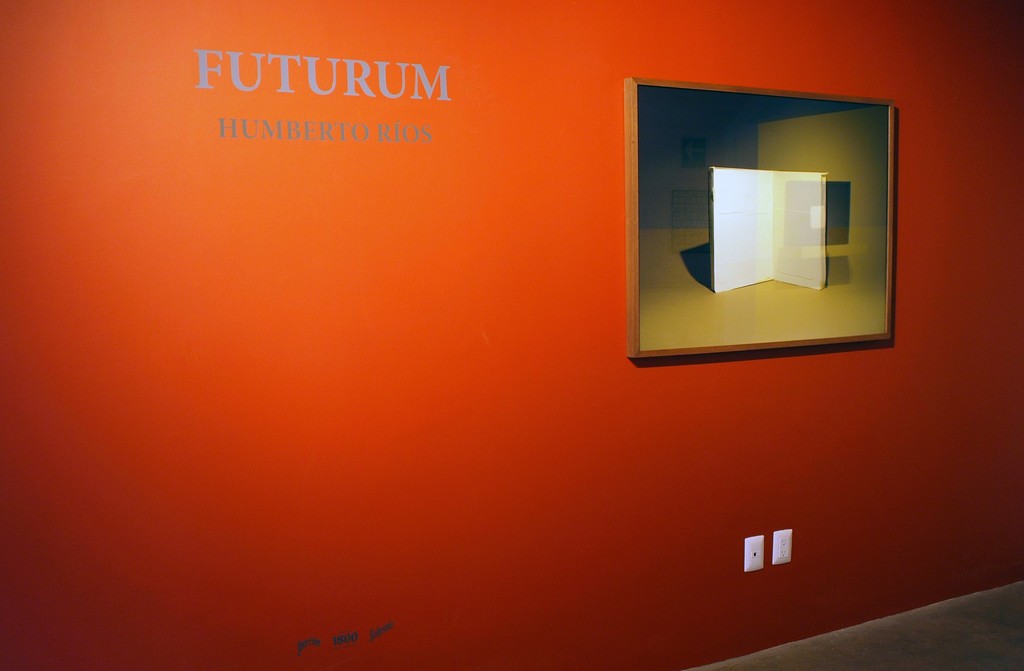 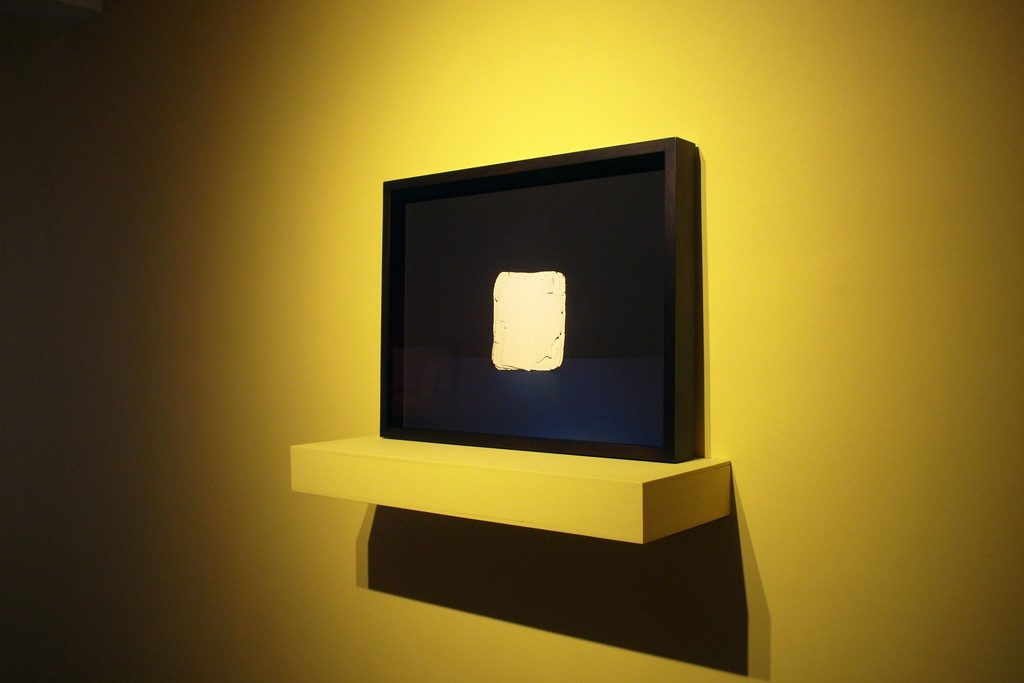 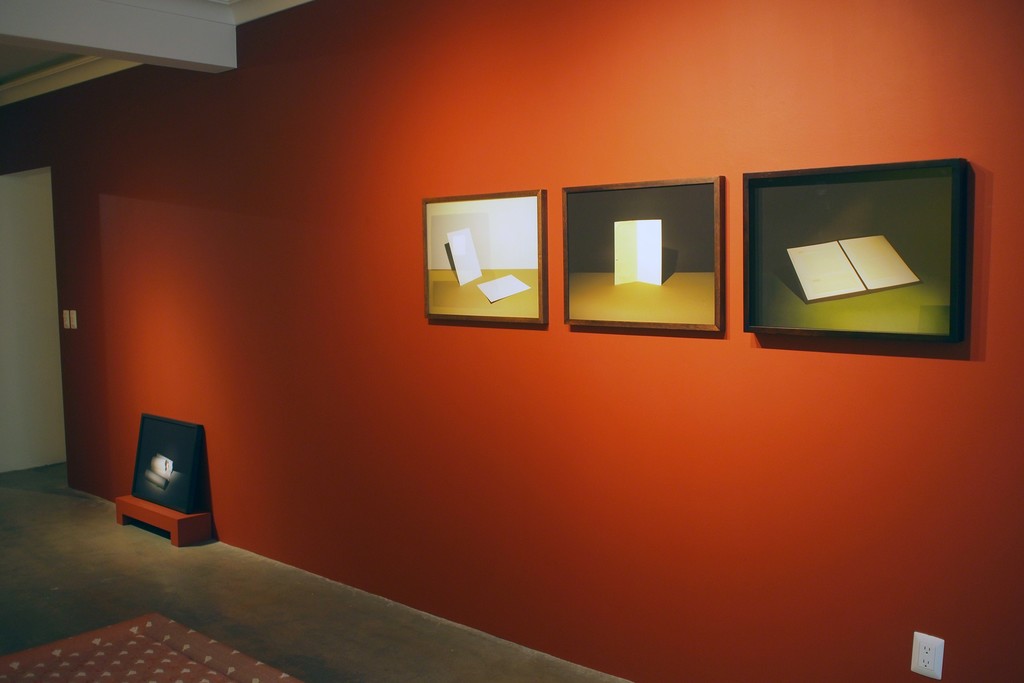 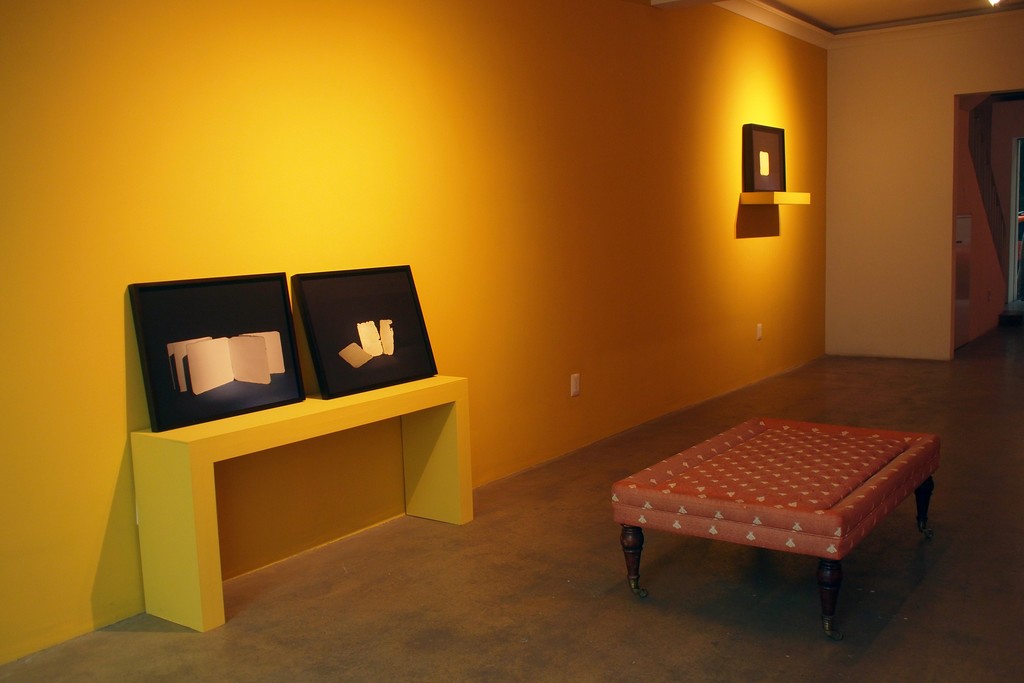 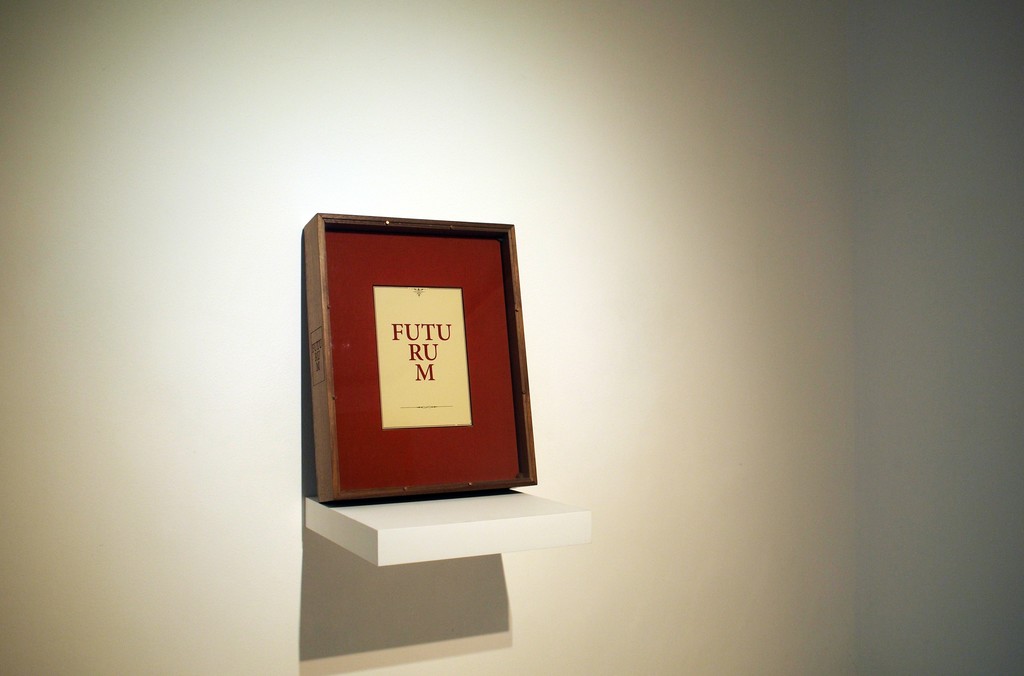 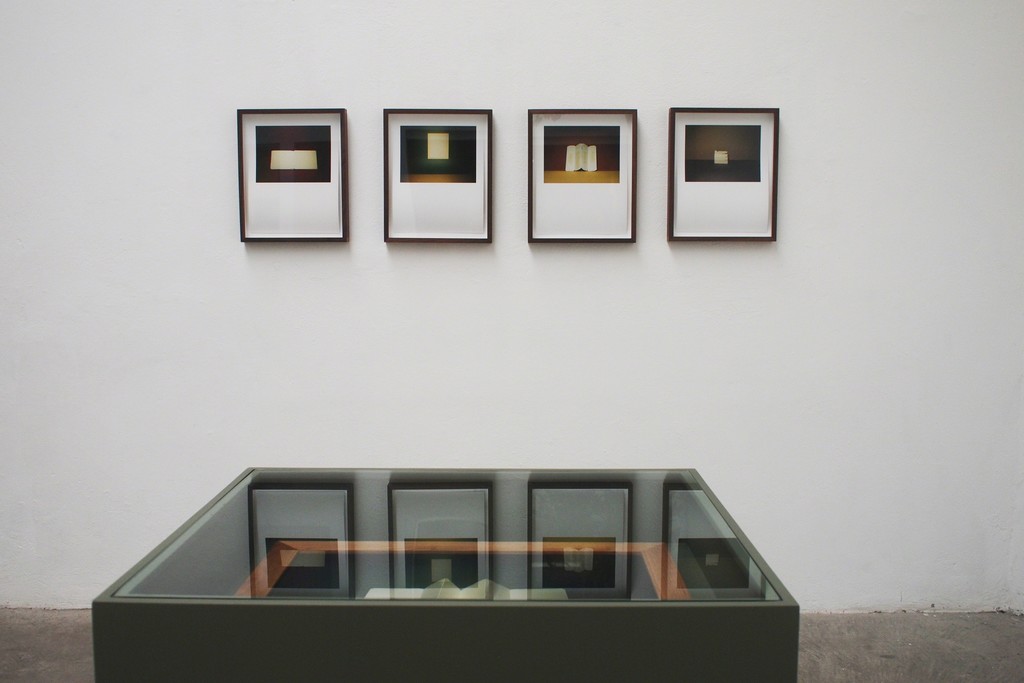 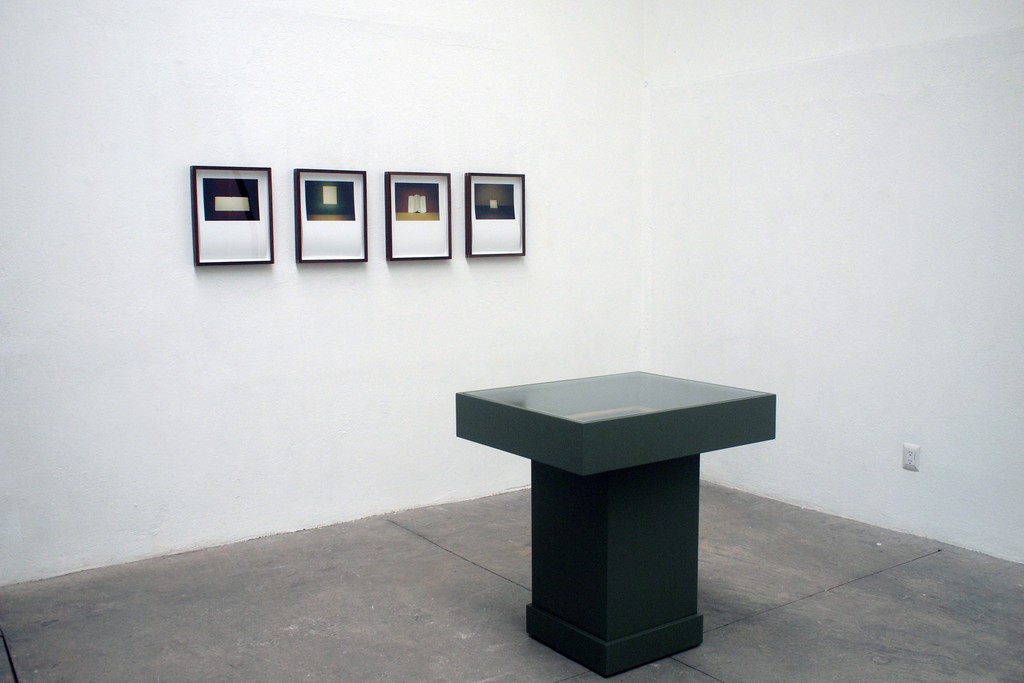 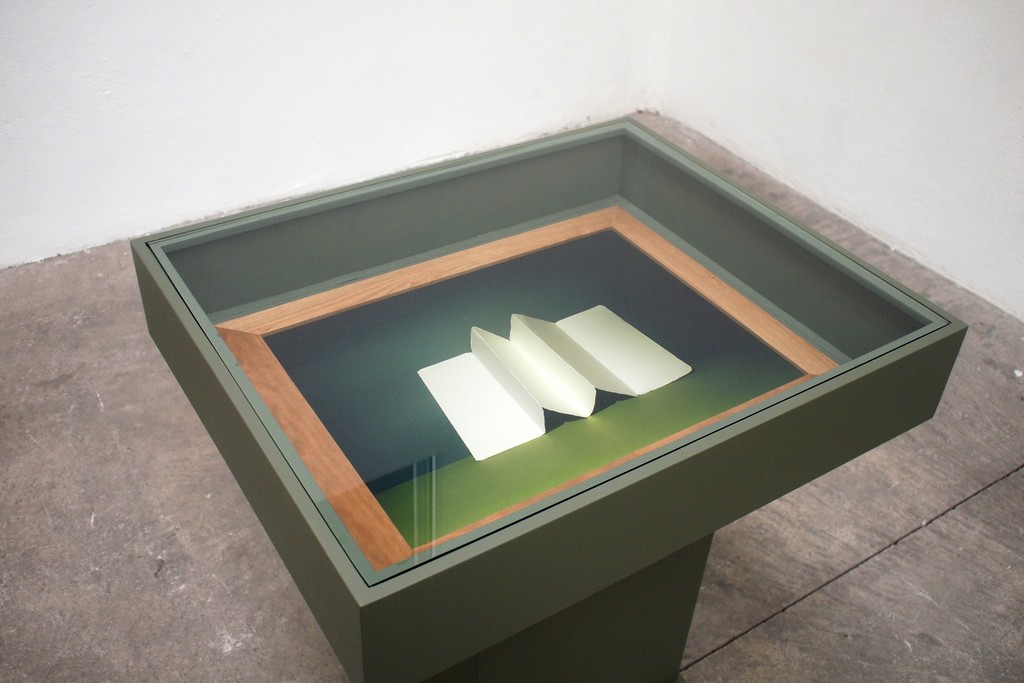 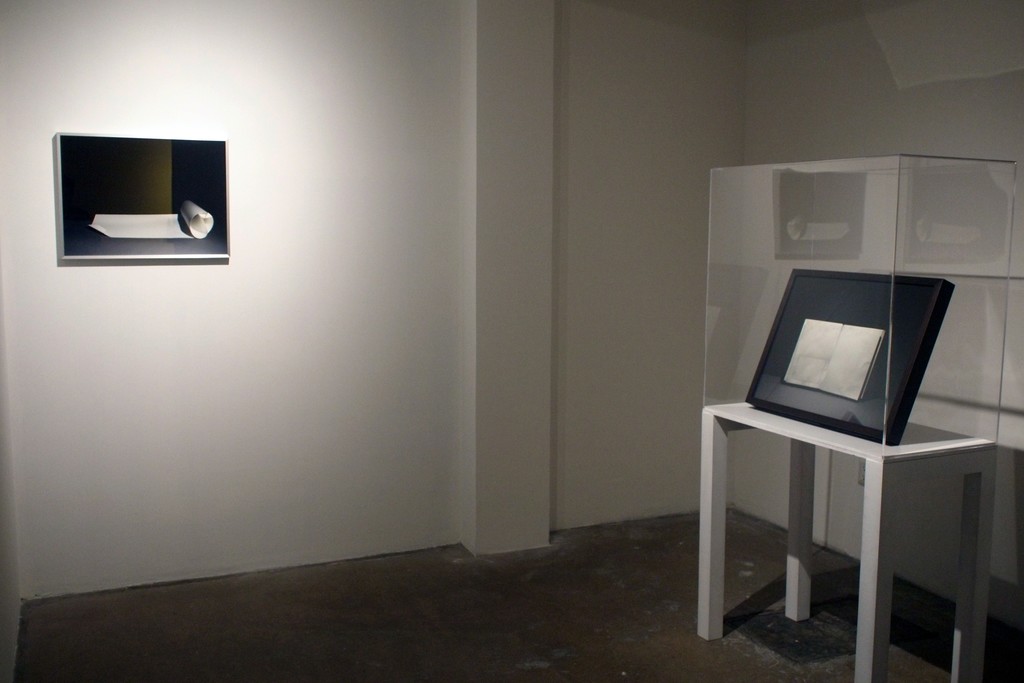 Books are first and foremost a civilizing project, they generate stories and a way of organizing the world. In the Futurum series, Humberto Ríos converts a dozen books that talk about the future into naked objects. Through various conceptual strategies, in this series he continues with a systematic task present in previous works, delves into photography as an object, as well as about the different modalities and qualities of the visible, at the same time that he critically dialogues with the history of the photograph.

Through erasure, these books are devoid of all image and language, they only harbor the latency of what was written or imagined written there. However, they incubate the future language of what is about to be known. Different from each other in form, texture, fold, dating and geography, their common language is the omen and their verbal tense the antefuture, that is, a future that is simultaneously past.

The artist explores the consequences of the image outside the image, that is, how the devices of exhibition generate discourses that are endogenous to the images themselves, which articulate them internally. Thus, it chooses a museographic approach that resembles that of the museums of history and anthropology, whose exhibitive modalities are confronted with the modernist searches of the white cube -associated not only with modern and contemporary art, but with the two-dimensionality of the pictorial canvas and then with the photograph. It is through this museographic staging that Ríos manages to emphasize and reveal the way in which these images are submitted to a dramaturgy that is material and not only discursive. Through a double operation, the erasure and the location, manages to make appear the invisible frameworks, like pedestals, which hold these books. By absence reveals the artifice that defines our relationship with these objects and their representation.

These cartographies of signs have been shaped in the matter for human beings to interpret them and from them they can make personal and collective decisions. In this sense, the inscriptions that deal with the future are always powerful and disputed tools.

As the anthropologist Alfred Gell noted, systems for ordering time are also always political (1996). It is not a coincidence that the almanacs, the books of the days, the calendars, and the oracles themselves are usually linked to power as technologies of state and domination. Whomever writes, protects, consults and deciphers them, is almost as important and codified as its content.

The records of time are almost always forbidden objects, carefully controlled by a narrow minority: the king and his entourage, the priest and his environment, or the scribe and the literate elite. They are part of what Michael Taussig defined as "the magic of the state," that is, the ways in which power operates to control "the knowledge of knowledge that has to be kept inaccessible [or hidden]" (1997). Therefore, they are not public documents and easy to access, they travel in the realm of secrecy and their content can only be revealed at the expense of beads and after complex ritual processes.