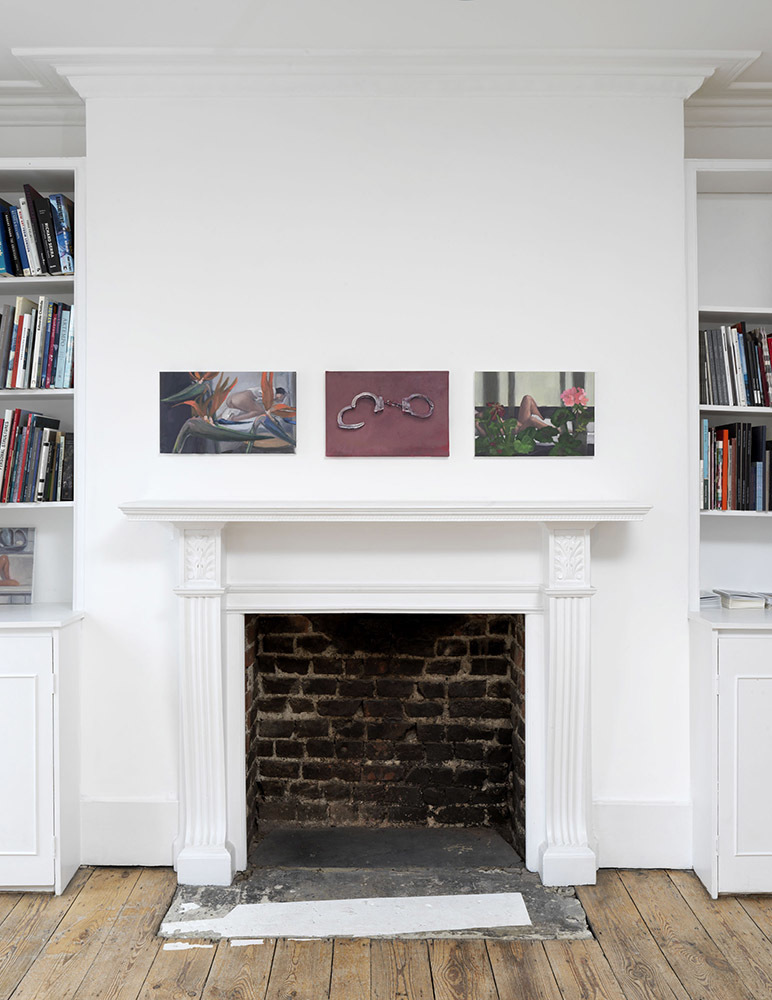 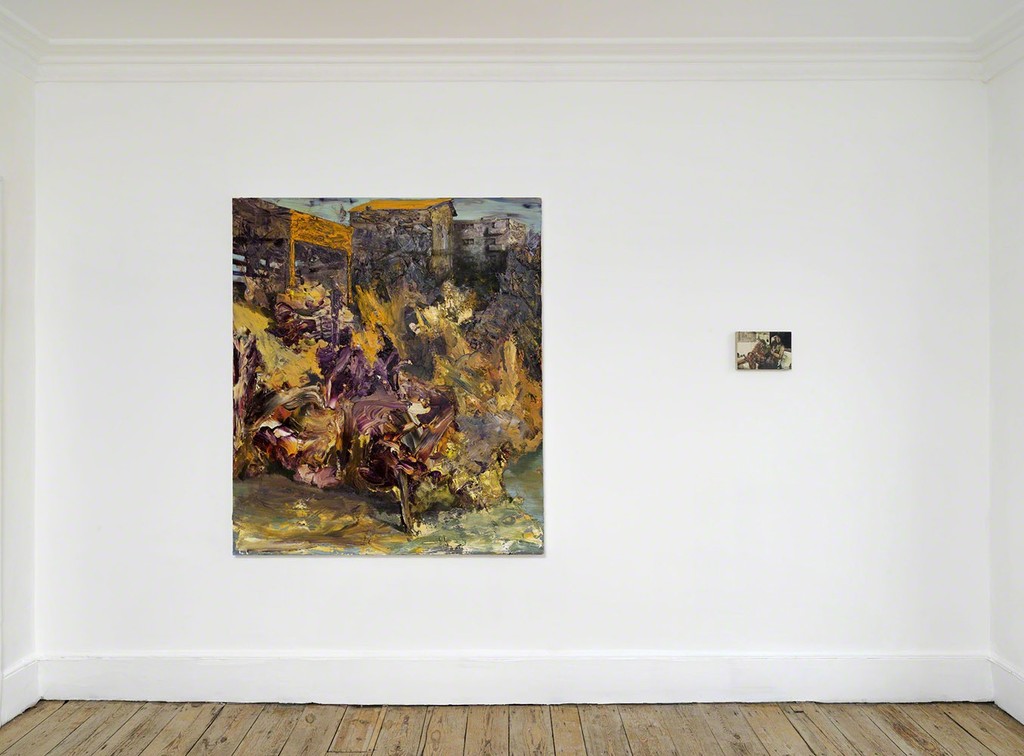 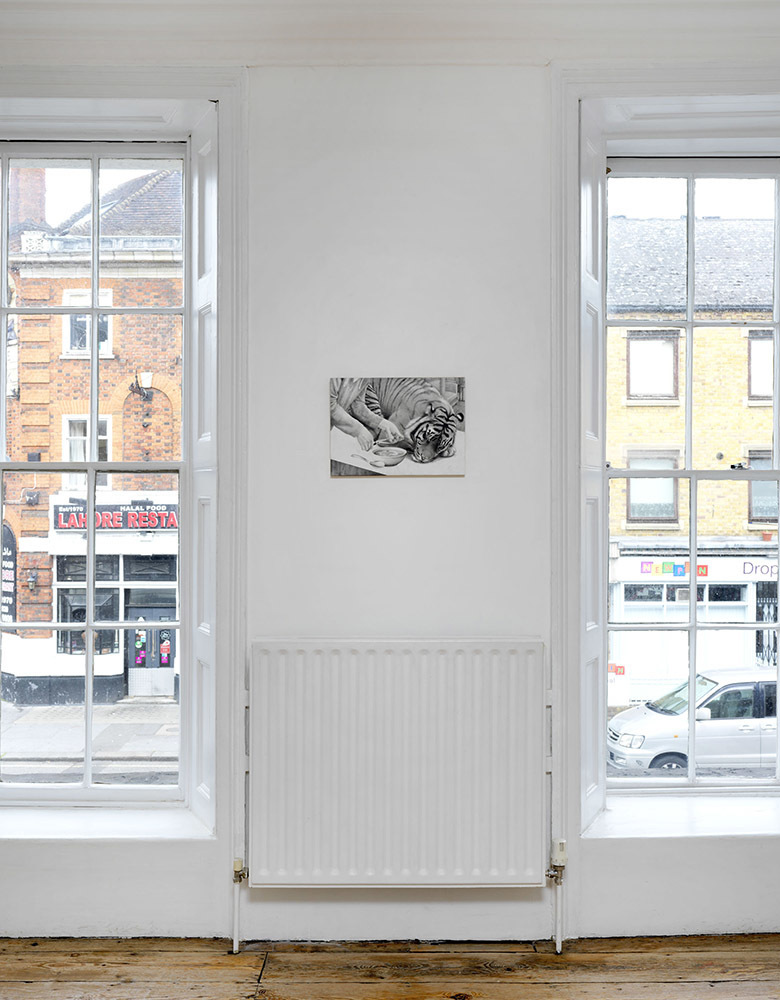 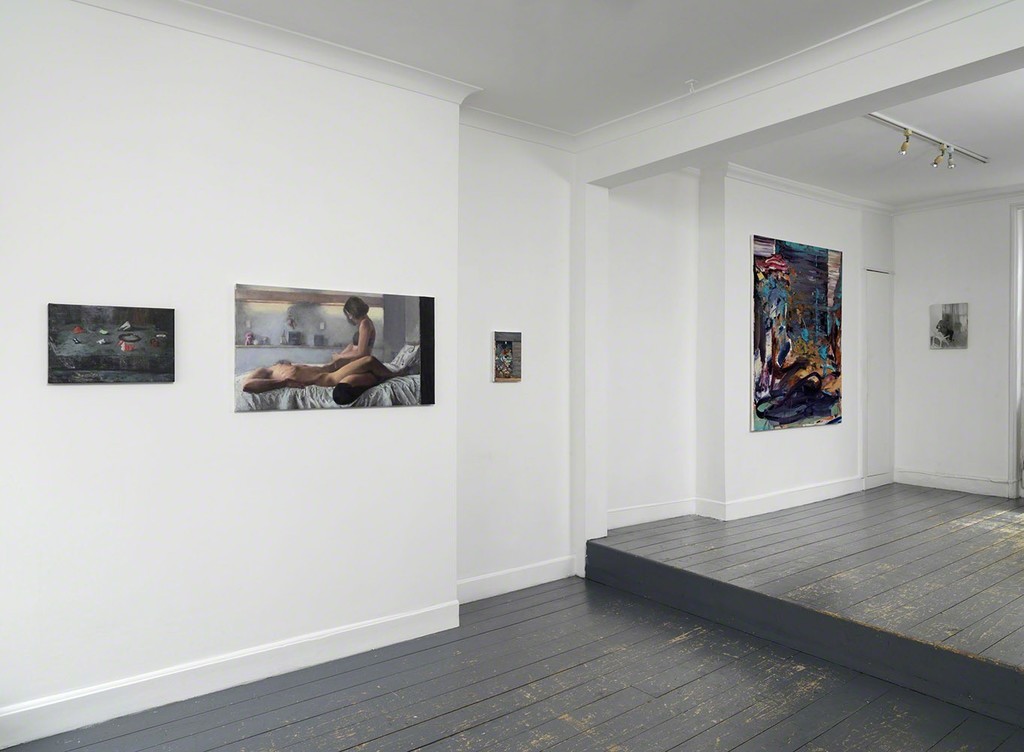 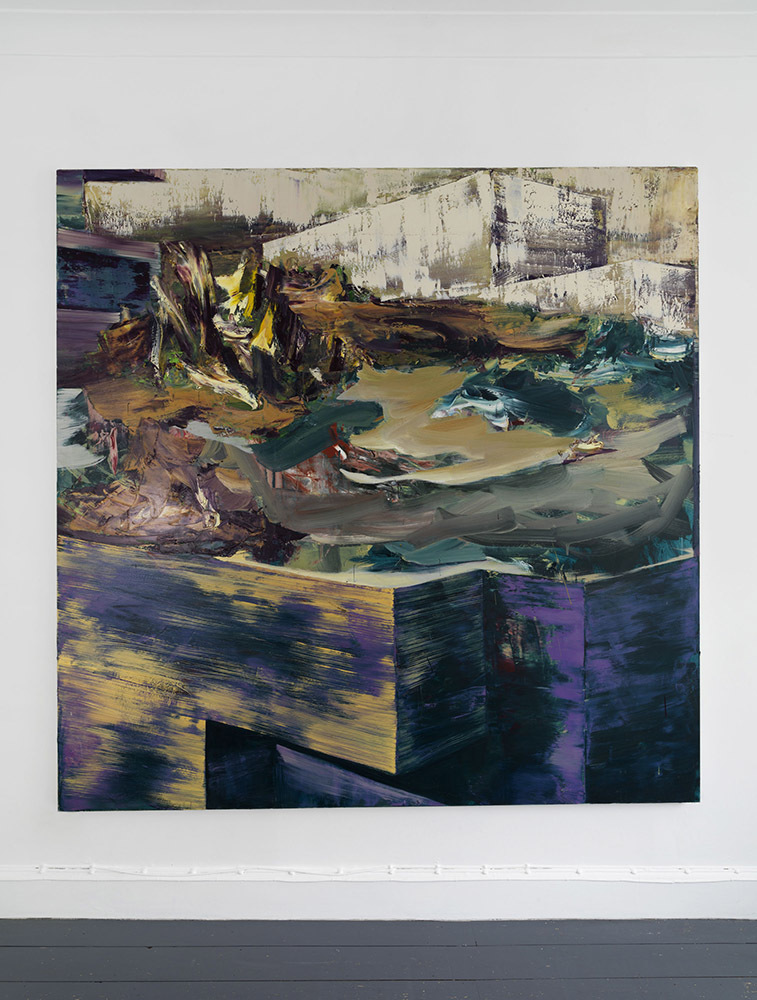 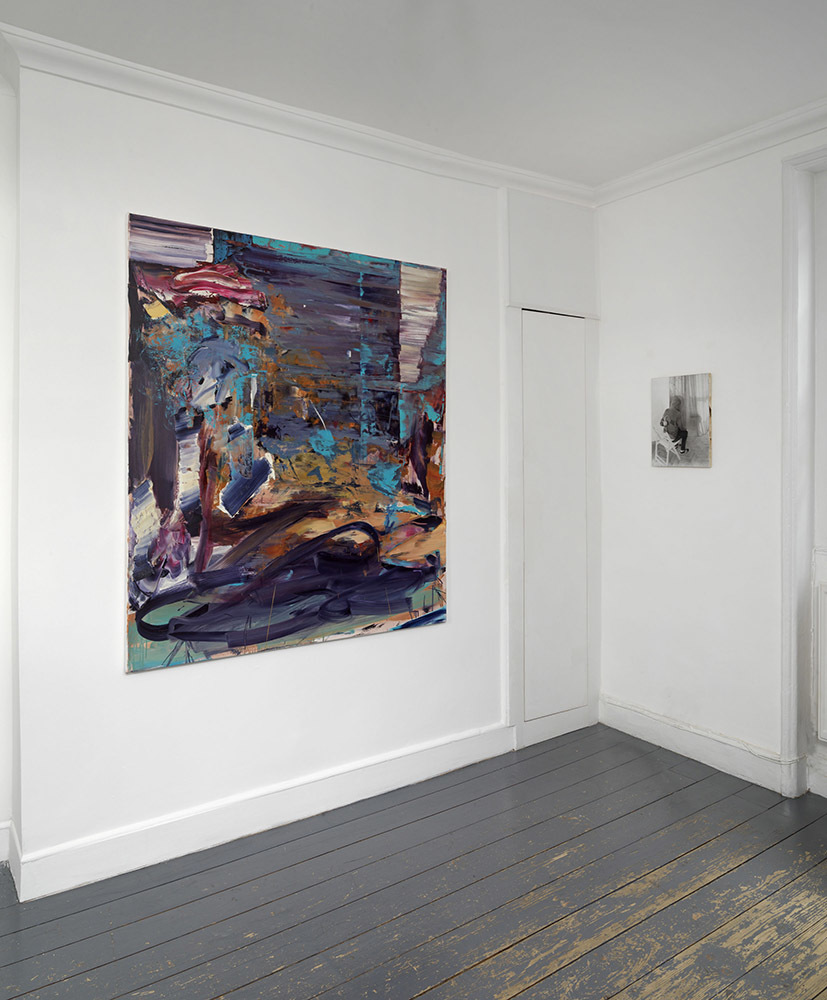 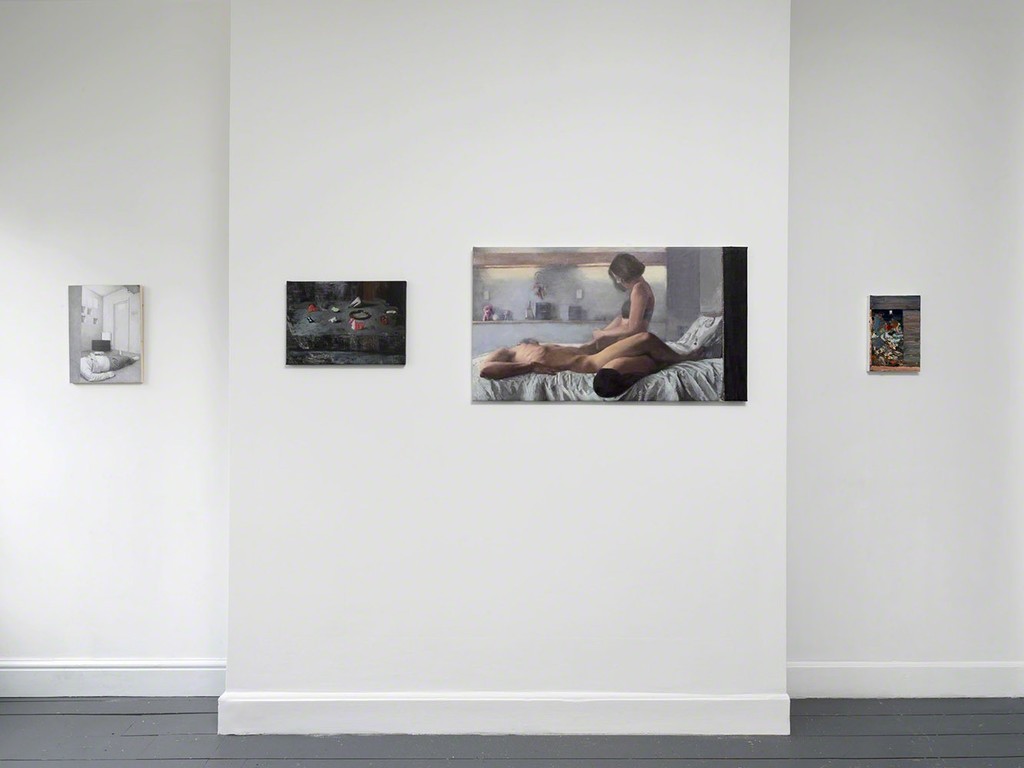 Patrick Heide Contemporary Art is pleased to present Dark Smoke, an exhibition that brings
together the Romanian artists Dan Beudean, Ioana Iacob and Dan Maciuca.
All three artists have developed their artistic career in Cluj, the second biggest city in Romania
after Bucharest, a place with a strong cultural identity and diverse artistic tradition. Cluj has
become one of the emerging Eastern European centres in contemporary art in the post-communist era. Its origins were concentrated around an art community in a former paint brush factory, which has generated a string of internationally acclaimed artists such as Ciprian Mureşan, Victor Man, Marius Bercea, Mircea Suciu and in particular Adrian Ghenie, all of them accomplished painters.
Beudean, Iacob and Maciuca have studied at the University of Art and Design in Cluj, where astonishingly all artists that have developed international reputation started their careers. Two of the featured artists, Iacob and Maciuca, are mostly painters, while Beudean concentrates his artistic activity on drawing with the occasional excursion into performance and video.
What combines the three artists is a sense of ambivalence that runs through their oeuvre. Suspended between reality and mystery, between violence and melancholy, the works comprise aspects of escapism and deterioration, while expressing a desire for renewal in different ways. As embodied in the title of Dan Macula’s title-giving painting Dark Smoke, there are signs of a smoldering unease that might turn into a threatening fire, while the smoke might also indicate an upheaval, a chance for change and renovation.
Dan Beudean (born 1980) is probably the most mysterious of the three artists. His mostly figurative drawings often drift into the surreal or bear witness to narratives whose truth is ambiguous or somehow twisted. His drawings can be ironic comments on socio-political issues, yet more often seem harmless scenes or objects that reveal a sense of disquietude and disturbance at closer inspection. Domestic scenes or familiar imagery are infused with underlaying tension or thrown off balance through strange and sometimes menacing details. At first glance, Beudean drawings could be a collection of black and white photographs from a family album, yet they turn out to be subversive annotations on a nation with a troubled past going through painful transformation.
Iona Iacob (born 1987) stays mainly in the domestic realm in her oeuvre until now. Iacob is an acute observer of the human condition and exposes the most intimate and vulnerable moments. Iacob’s choice of motif seems often mundane if not banal, a table top with small objects, a swimming pool or a pair of handcuffs. Through her choice of images, Iacob catches a person or its surroundings off guard and exposes their most inner soul. Iacob has since a few years been interested in the visual impact of pornography and erotic imagery as a falsely close and deceptive way to portray human compassion and relationships. Like Beudean, Iacob reveals an ambiguity in these scenes, and imbues them with a sense of intimacy in her more recent works, while conveying an almost nostalgic desire for honesty and truth.
Dan Maciuca’s (born 1979) expressive and dynamic compositions oscillate between figuration and abstraction. Maciuca works with the deconstruction of the real world through pictorial gestures as a reaction to 20th-century political and scientific ideologies, in particular Communism. He examines this dichotomy through utopian urban landscapes, sceneries with brutalist architecture are stirred up and set into motion by sweeping brushstrokes or interspersed with swirls and outbursts of colour. Maciuca’s urban landscapes possess the haunting beauty of post-apocalyptic settings, drenched with energy for potential renewal. His canvases bear the most transparent references to his home country’s twisted and problematic history, swept aside by a desire for movement and change. Dan Maciuca held his first solo exhibition at the gallery in 2016.