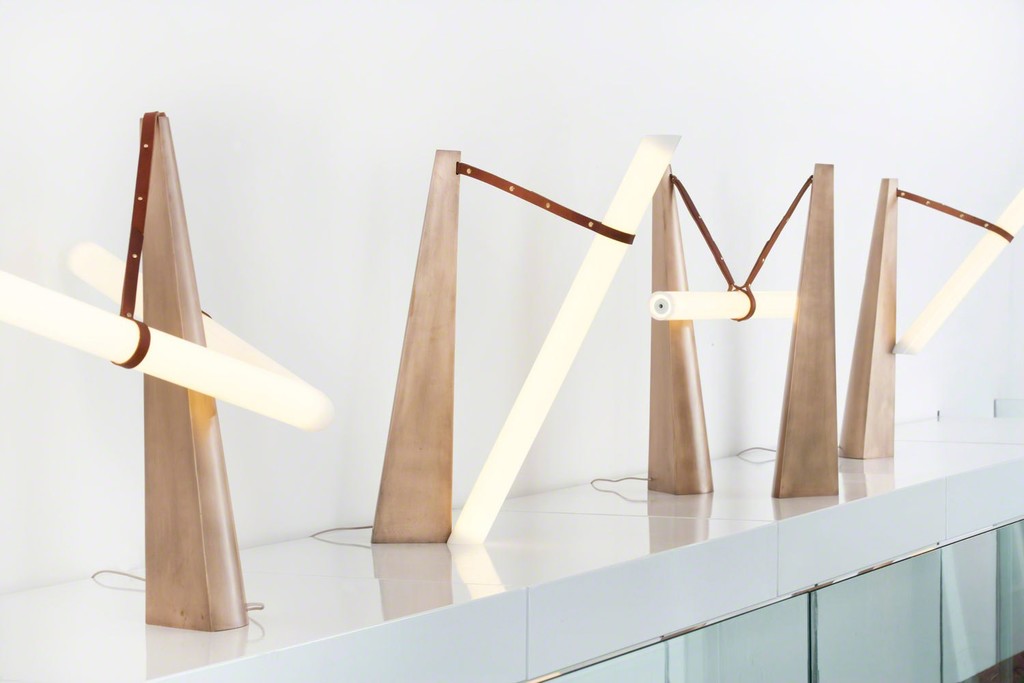 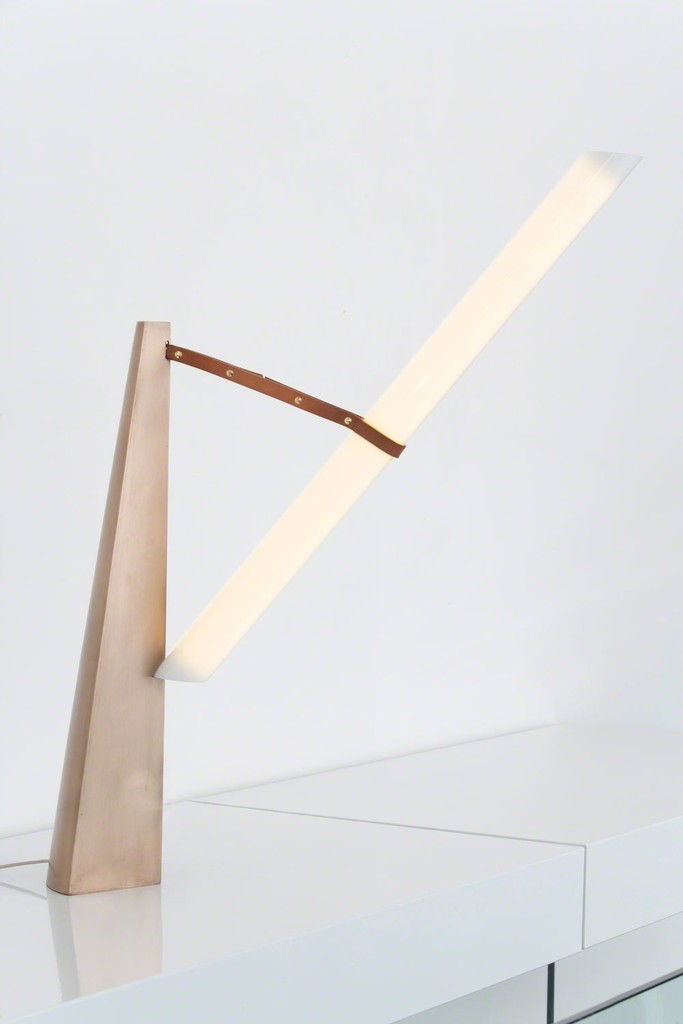 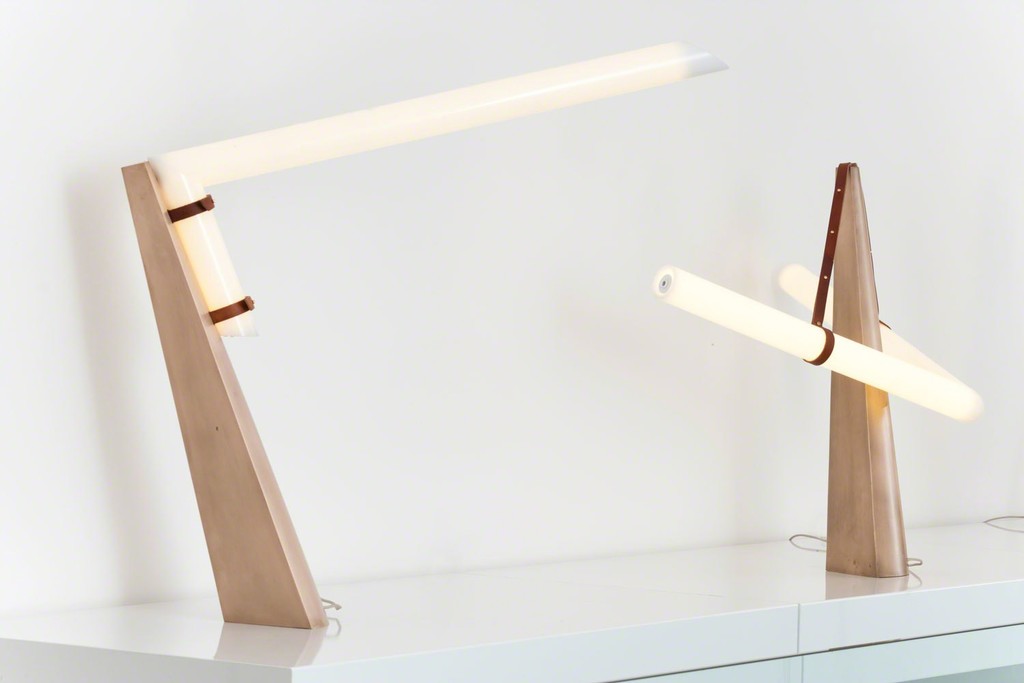 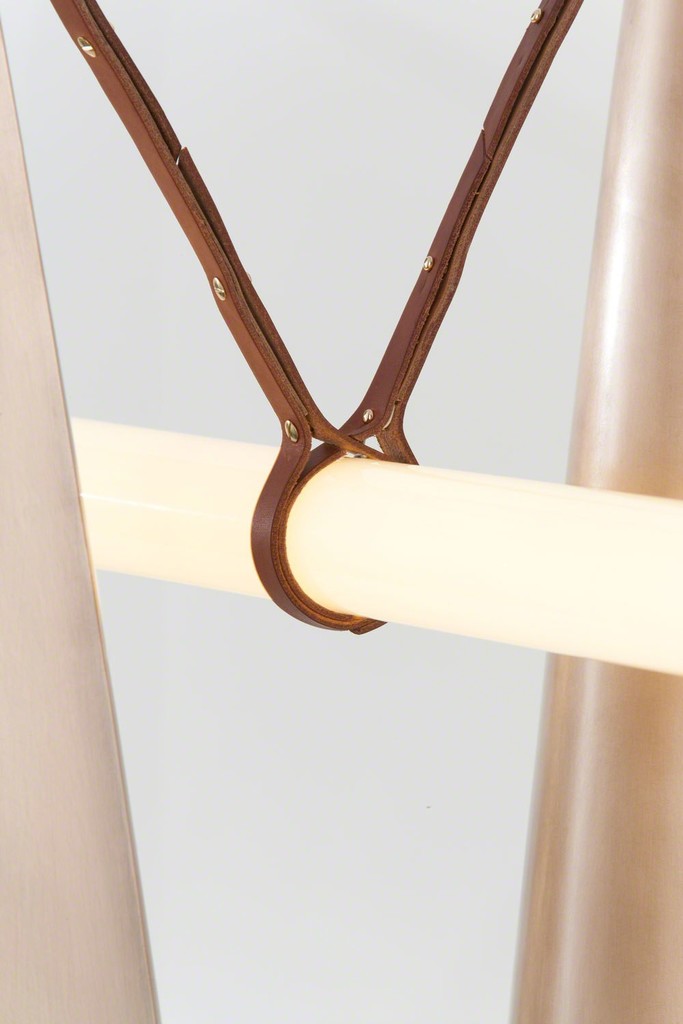 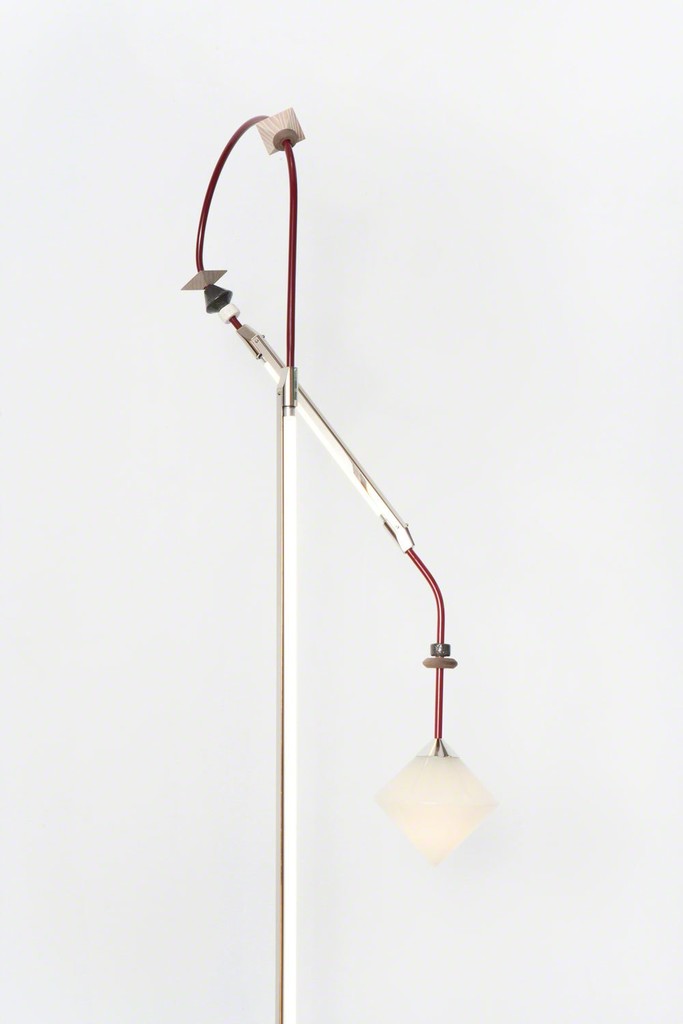 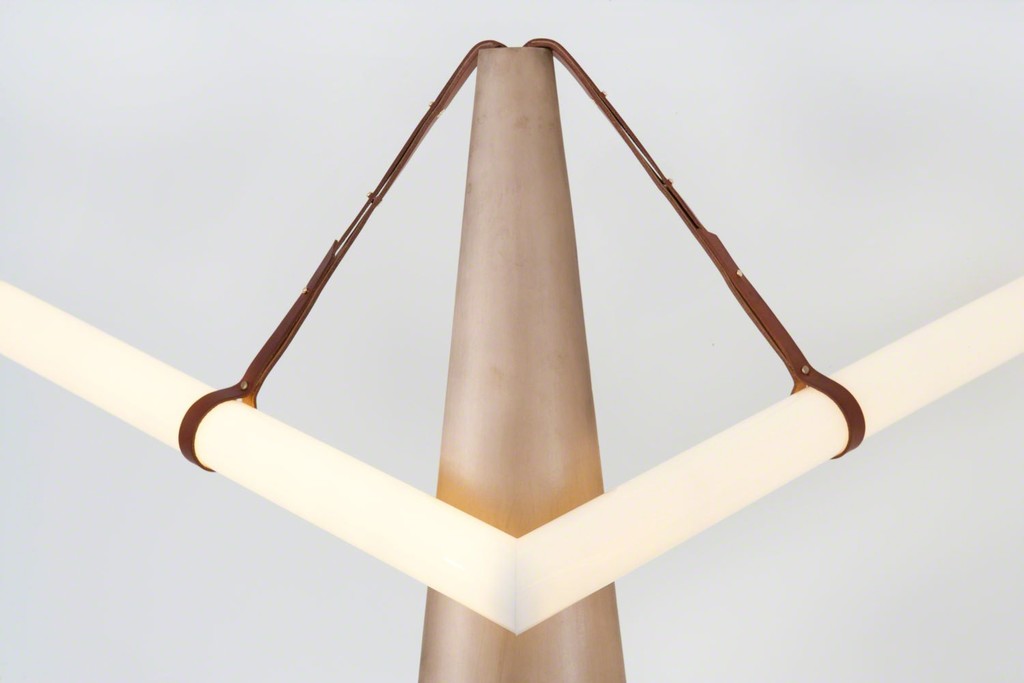 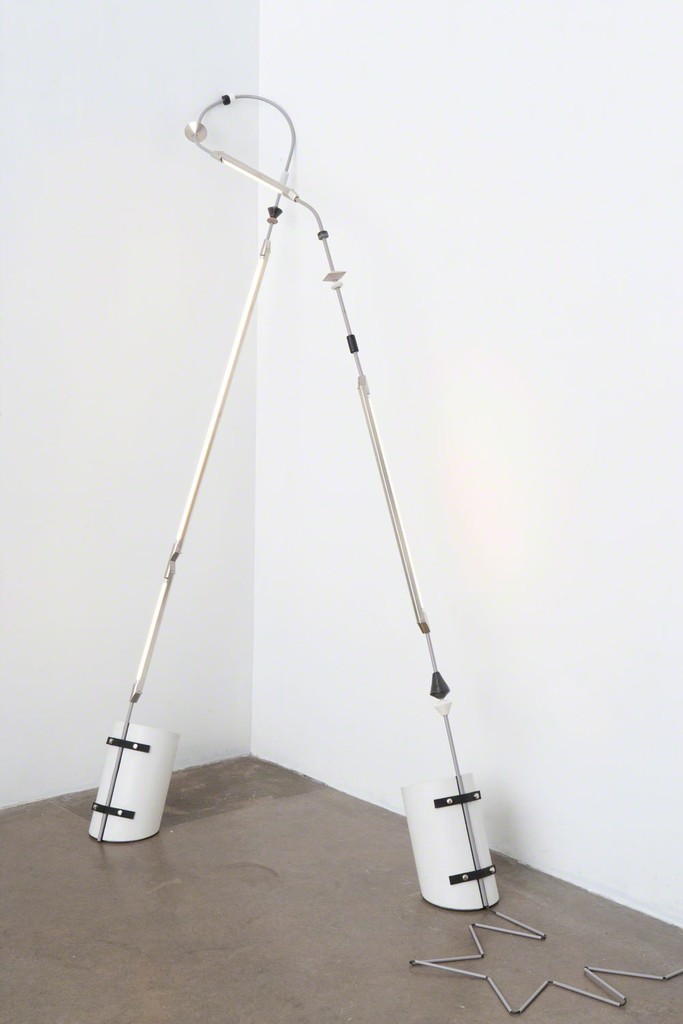 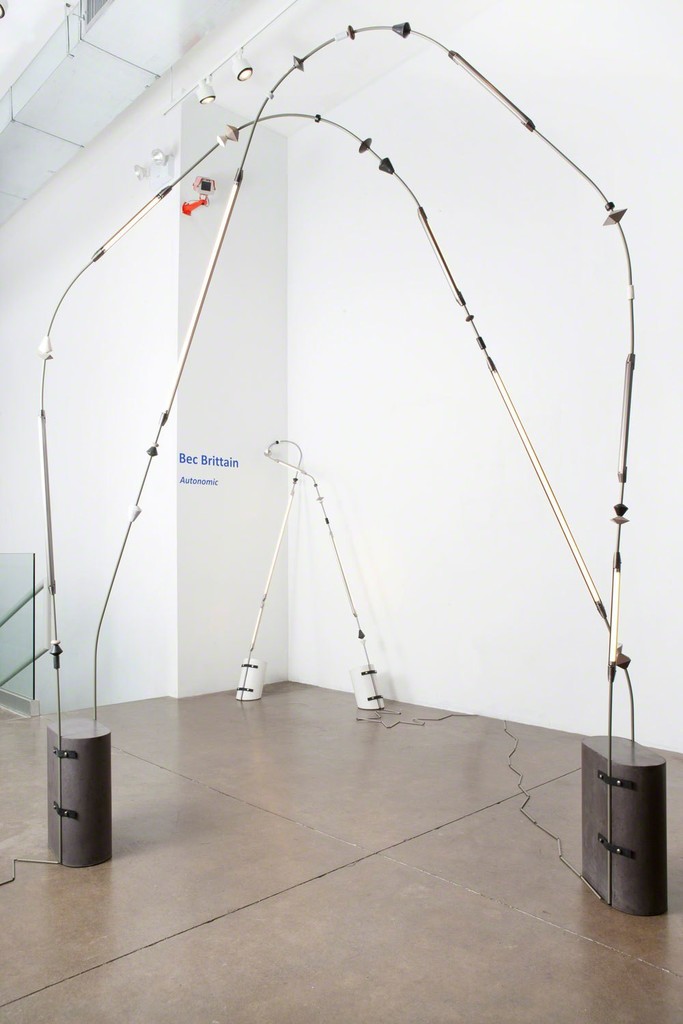 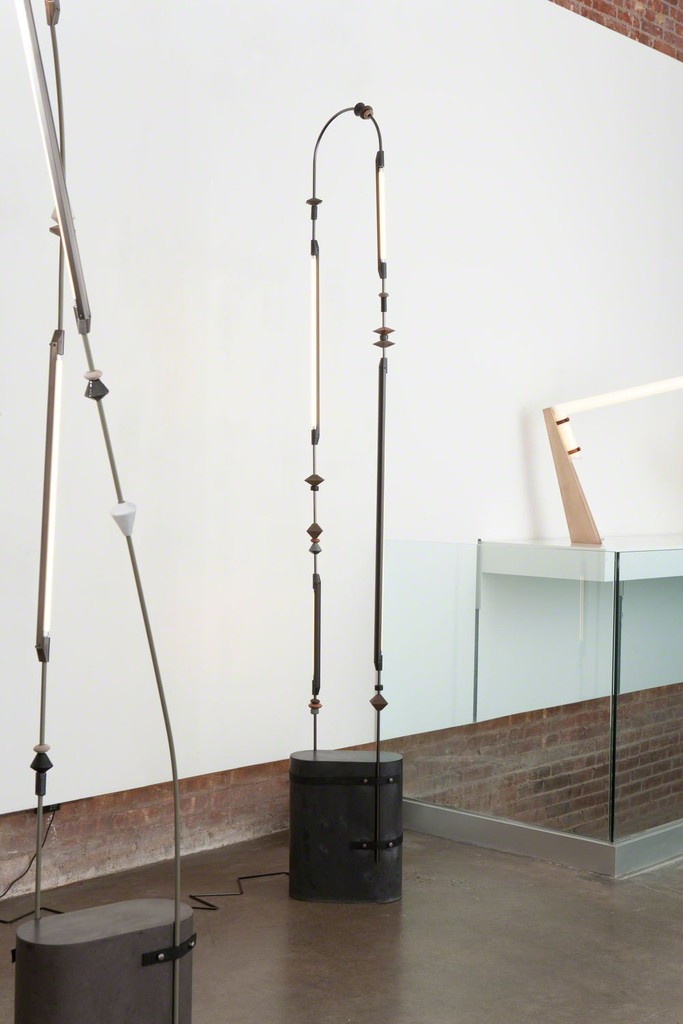 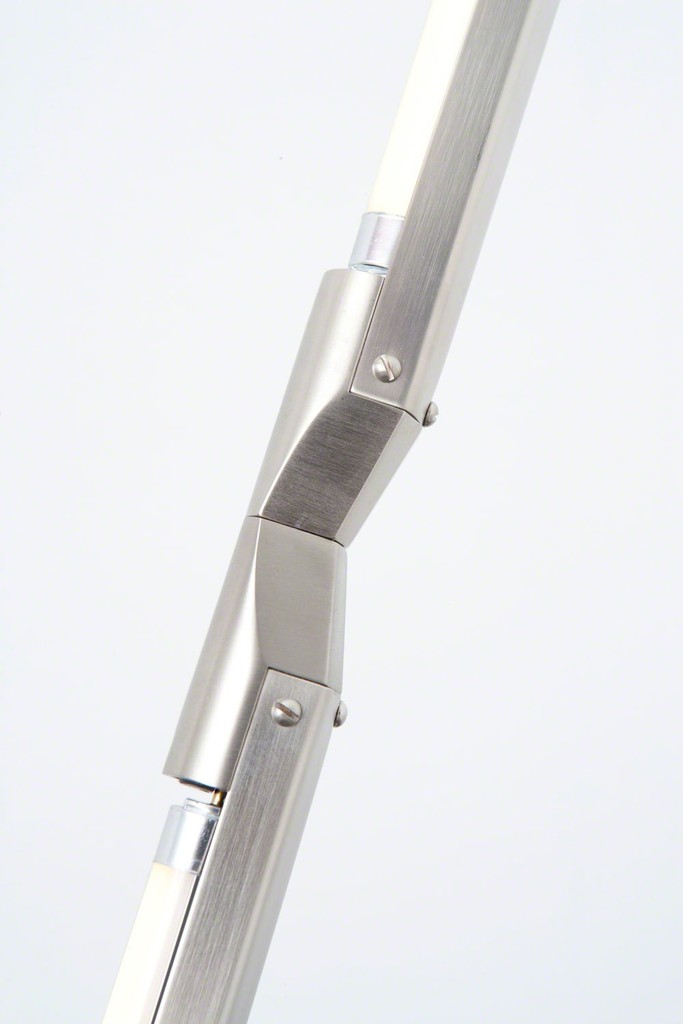 The Vault series uses concrete bases to visually and structurally anchor thin curving lines in space, punctuated with LED tubes and ceramic and wood elements. The widely varying scale of the pieces prompts a different interaction with the viewer; some pieces are human scale and are easily perceived as objects, while others become architectural, creating space for one to walk through.

The Crane series is about material: brass acts as the crane hoisting a load of glowing glass. The brass holds a comparable volume of the lighter glass, in scenarios that appear precarious but, due to the material differences, aren’t.