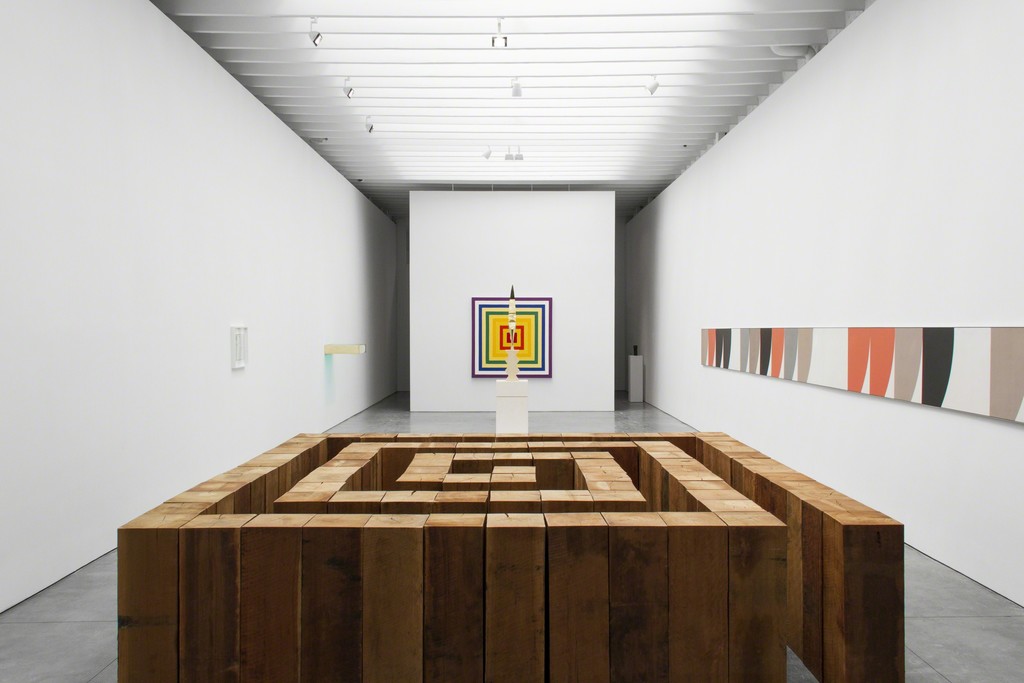 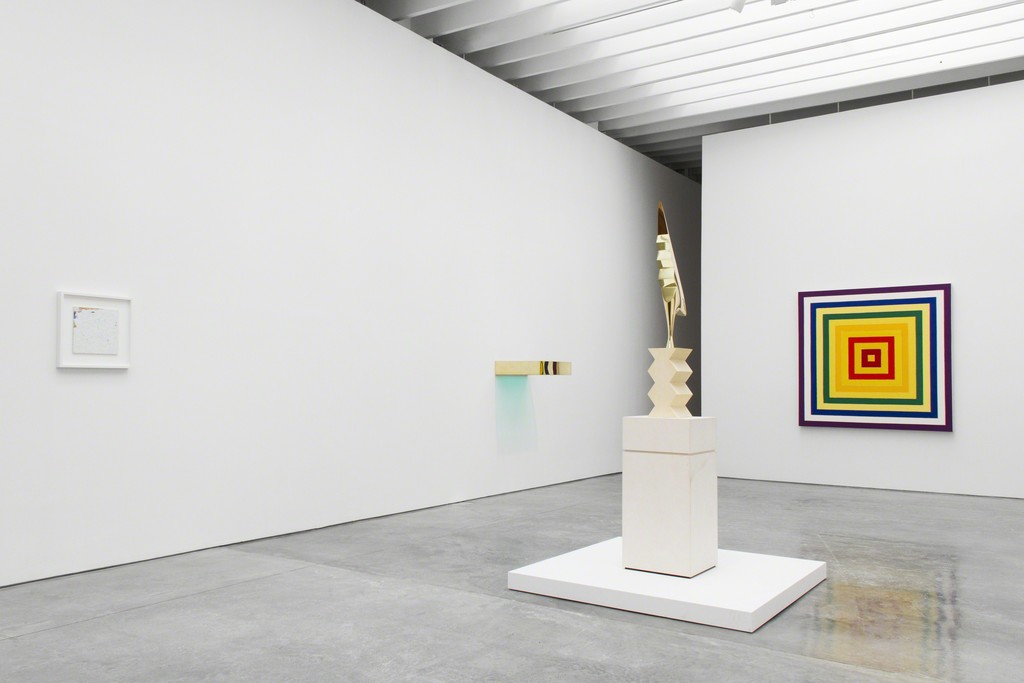 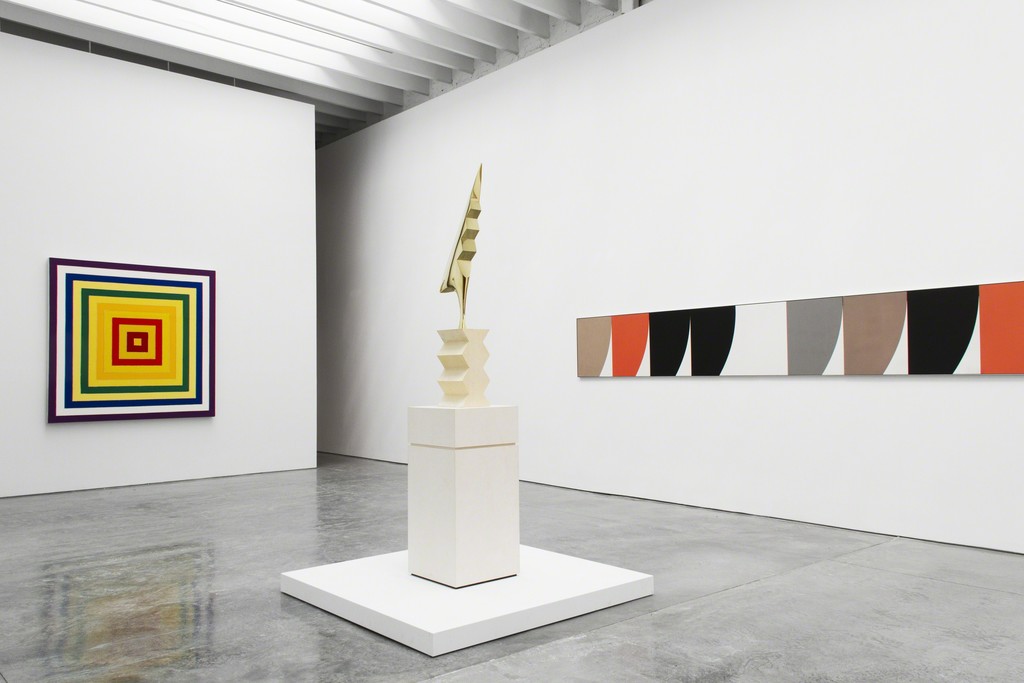 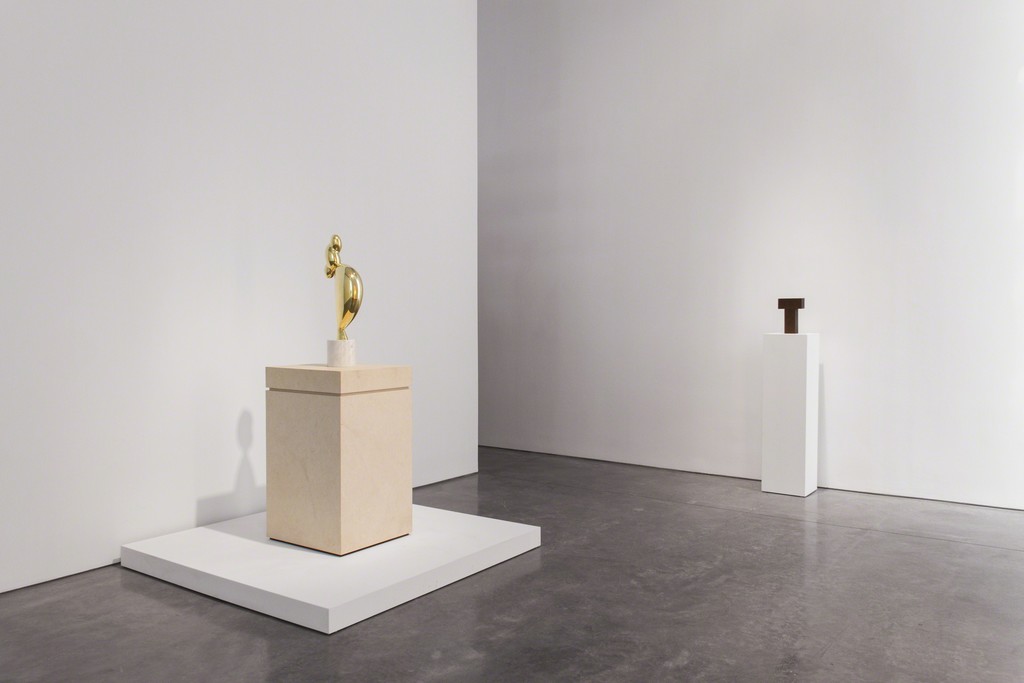 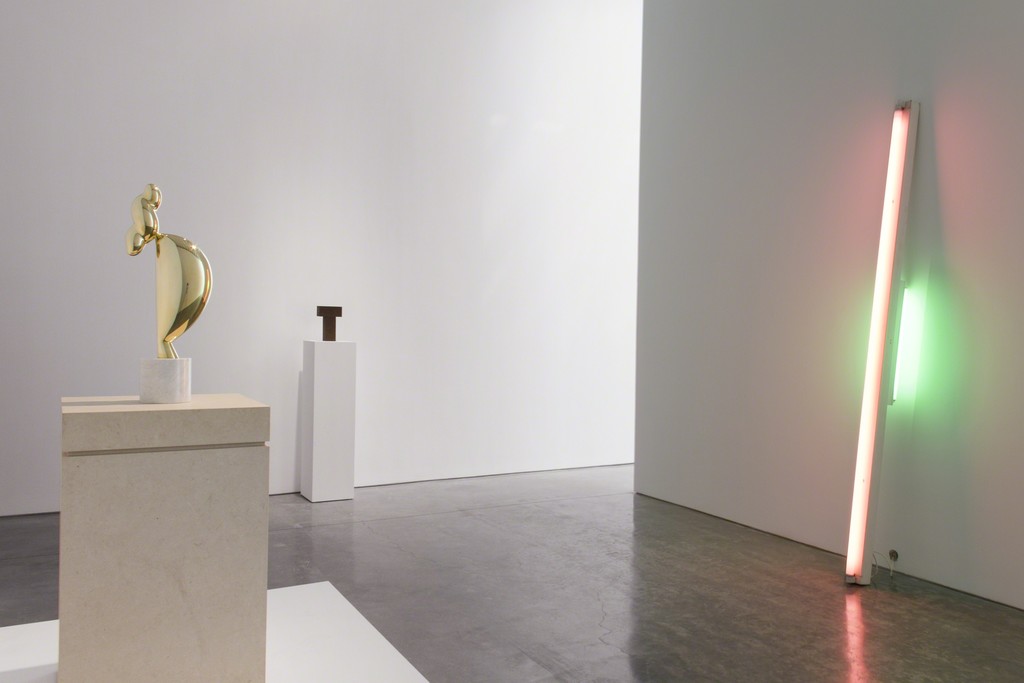 Paul Kasmin Gallery is proud to present Brancusi: Pioneer of American Minimalism, on view at 515 West 27th Street from May 7 – July 10, 2015. The exhibition is an articulation of the artist’s immense influence on the first generation of American Minimalists and will include historically significant works by Carl Andre, Dan Flavin, Donald Judd, Ellsworth Kelly, Robert Ryman and Frank Stella, installed in proximity to Brancusi’s groundbreaking works Le Coq and Jeune Fille Sophistique, generously loaned from the Brancusi Estate collection.

Constantin Brancusi’s (1876 – 1957) sculptures ignited a crucial shift in the tradition of American and European sculpture by distilling representational forms down to their most essential elements. In Le Coq, the multiple points of a rooster’s comb are pared down to a repetitive, geometric facsimile. The bronze edition included in this exhibition was cast from an early walnut iteration of Le Coq from 1924, now in the permanent collection of The Museum of Modern Art, New York, NY.

The geometric repetition seen in Le Coq, and later on a grand scale in Brancusi’s triumphant Endless Column, is a recurring compositional element in the works in this exhibition. In the early 1960s, Carl Andre created a series of sculptures comprised of identical units of plexiglas, wood or metal, such as the pivotal work Steel Piece or Steel Pair, 1961. This systematic, unit-based methodology became the basis for Andre’s practice, exemplified in the later, monumental War and Rumors of War, 2002, comprised of 90 imposing, identical Australian wood timber beams. As the artist recounted in an interview in 1966, “All I’m doing is putting Brancusi’s Endless Column on the ground instead of in the sky.”

Brancusi’s influence extended well beyond sculpture, as explained by museum director and Brancusi expert Pontus Hulten is his 1983 essay, “Brancusi and the Concept of Sculpture.” “Among the painters of that generation, Frank Stella was drawn most to Brancusi’s simplicity of form. The origins in Stella’s early work are only comprehensive by his study of the symmetry and superposition of elementary forms as seen in Brancusi’s sculpture.” This notion is exemplified in Stella’s D. Scramble: Ascending Green Values/ Ascending Spectrum, 1978.

A focal point of the exhibition is Ellsworth Kelly’s vast thirty-eight foot, four-panel sculpture entitled Eastmore Mural, executed in 1957, the year of Brancusi’s death. The work was most recently was on long-term loan to the Frances Lehman Loeb Art Center at Vassar College. The curvilinear nature of the recurring forms, as well as the playful asymmetry of the composition, recall Brancusi’s Jeune Fille Sophistique, or Portrait of Nancy Cunard, an early wood variation of which was also exhibited at the Guggenheim Museum in New York just a few years earlier in 1955-56, in the largest retrospective of Brancusi’s work to be staged in his lifetime.

Brancusi: Pioneer of American Minimalism will run concurrently with Scott Burton at 297 Tenth Avenue. Burton, also profoundly influenced by Brancusi, curated the inaugural “Artist’s Choice” exhibition, Burton on Brancusi at the Museum of Modern Art, New York, 1989, which considered the significance of Brancusi’s work in relation to contemporary art of the time and specifically to his own innovations in functional sculpture.