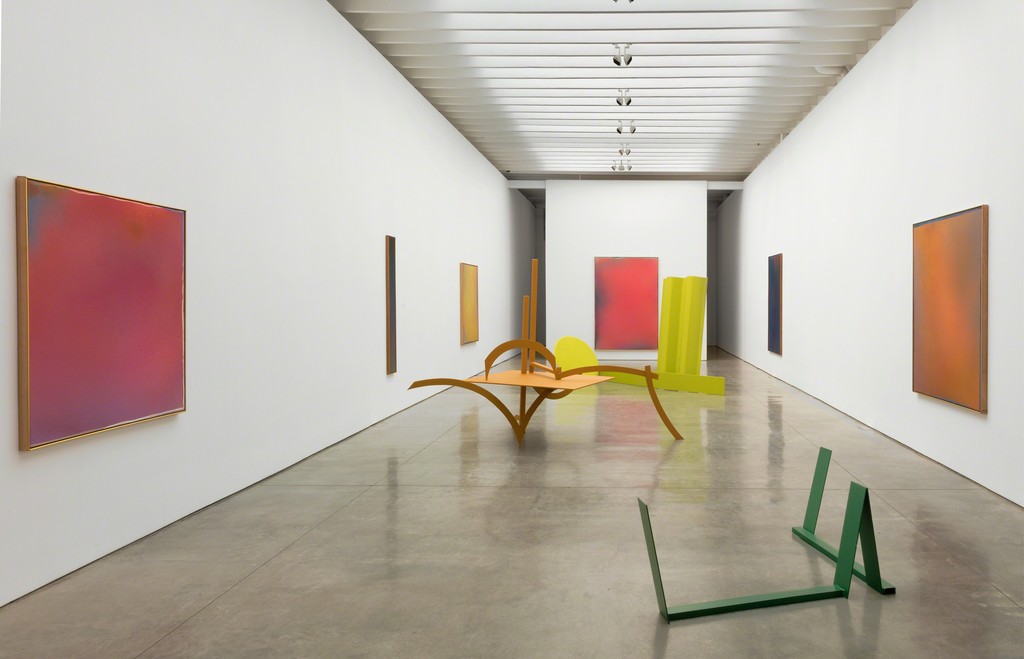 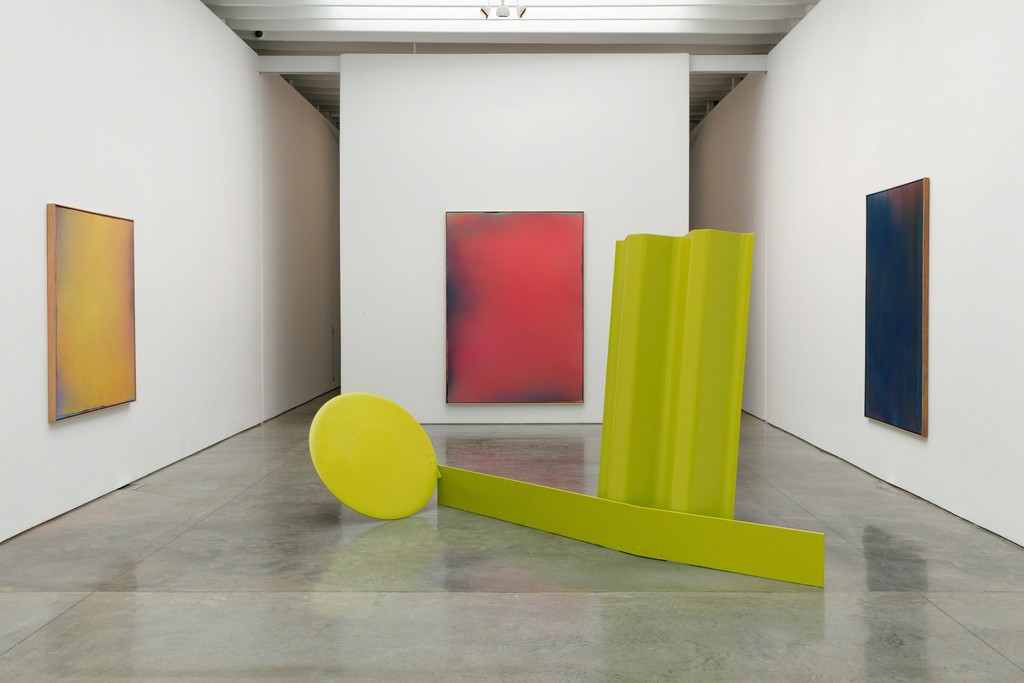 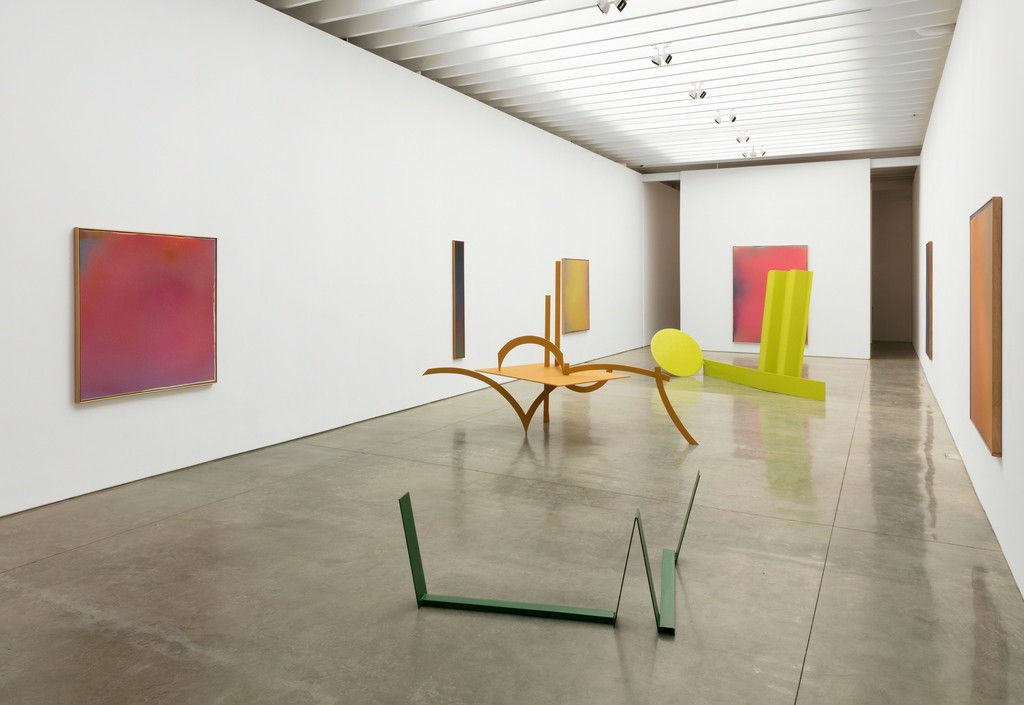 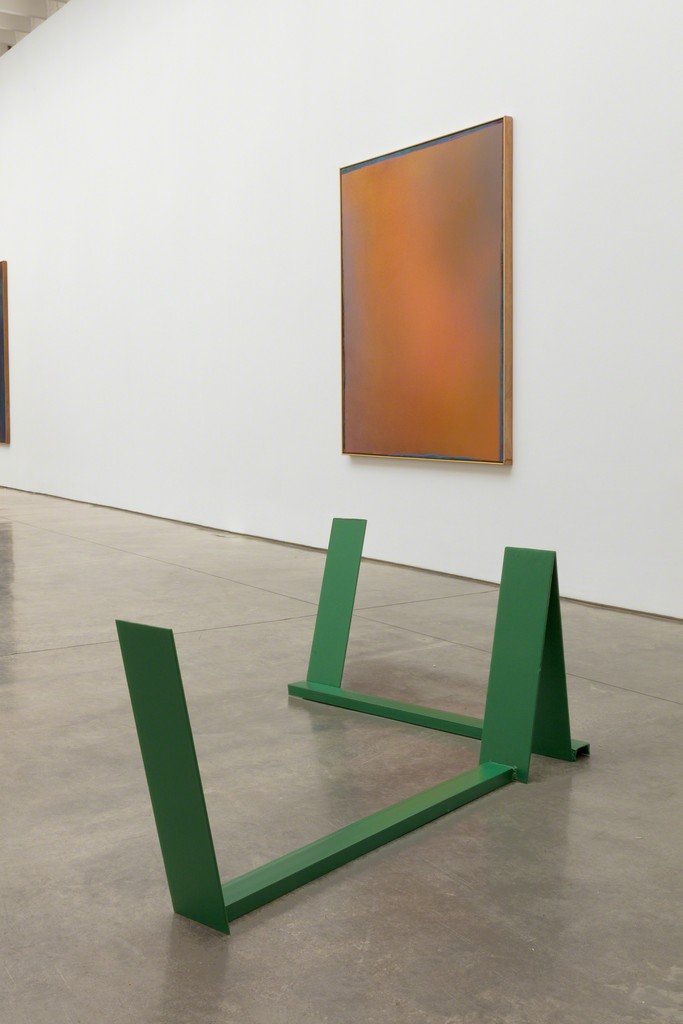 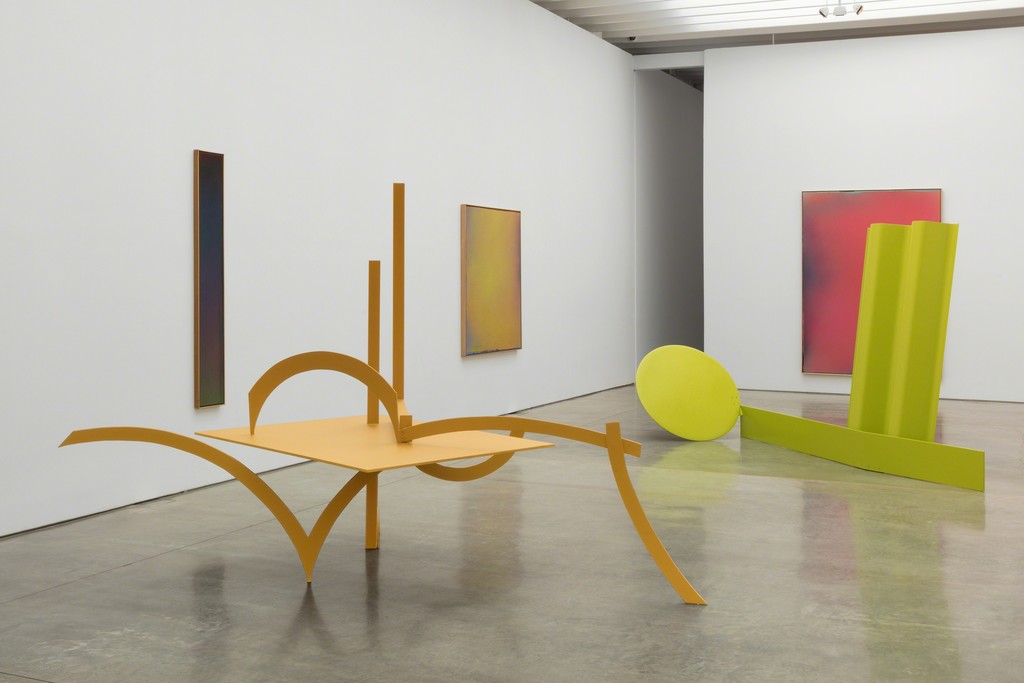 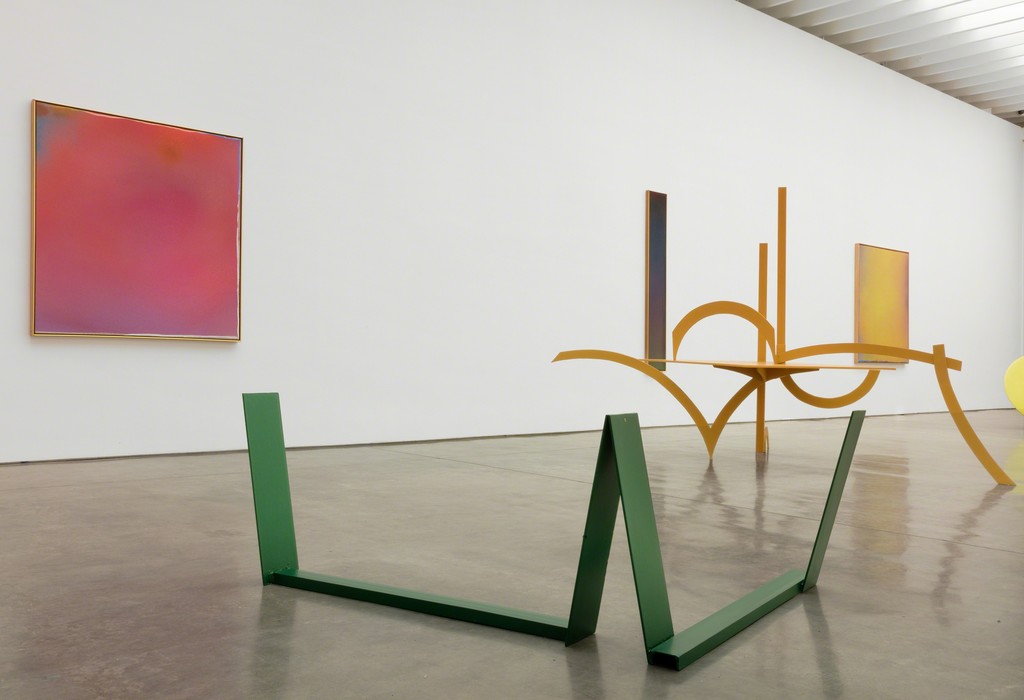 Paul Kasmin is honored to announce Caro & Olitski: 1965 – 1968, Painted Sculptures and the Bennington Sprays, an exhibition that celebrates the dialogue, exchange of ideas and lasting friendship between British sculptor, Sir Anthony Caro and American painter, Jules Olitski. The exhibition will feature painted steel sculptures by Caro and never-before exhibited Spray paintings by Olitski, paintings that art critic Clement Greenberg considered to be among the artist’s finest. Caro & Olitski will be on view from September 7 through October 25 at 515 West 27th Street.

Caro and Olitski’s decades-long friendship took root in 1963 when, after years of mutual admiration, both artists joined the faculty of the Art Department at Bennington College in Vermont, an area also home to David Smith and Kenneth Noland. During their time teaching in Bennington, the Fire Department lent its garage to Caro for studio space. Olitski and Caro would participate in each other’s discussions with students about various topics of art.

At Bennington, these artists opened up new areas in abstraction, exploring novel methods and materials that established them as radically distinct from their peers. Caro and Olitski’s achievements in surface, color and form through unusual, industrial elements enabled them to emerge as successors of the first generation of the New York School, and, in turn, inspire later generations of abstract artists.

The exhibition will feature Olitski’s the never before exhibited Bennington Sprays, including Pink Hoodoo, 1965, Flame Out, 1965 and Tut Pink, 1965. The Sprays, one of the artist’s most well-known and pioneering achievements, were conceived after a visit to Noland’s studio with his students and Caro present. To make these works, Olitski would point multiple, industrial spray guns filled with acrylic paint at a canvas stretched onto the floor. Through different angles and heights of the spray guns, the paint is rendered almost holographic in appearance, suggesting weightlessness and diffused light, an expression of pure color. On the Sprays, Greenberg wrote, “What makes Olitski’s paint surface a factor in the creation of major art–is the way in which one of the profoundest pictorial imaginations of this time speaks through it.”

Caro’s Green Sleeper, 1965, first exhibited at The Hayward Gallery in London in 1969, is part of Olitski’s personal collection. Unlike other abstract sculptors of the time, Caro eschewed traditional art materials, creating sculptures with found steel, plates and beams welded into angular assemblages; and made works that are positioned directly onto the floor without a traditional platform or fixed center. His sculptures enter the space of the viewer allowing one to move freely around its brightly colored and geometric edges.

Accompanying the exhibition will be a catalogue with forward by Lauren Olitski Poster, Jules’s daughter.

Sir Anthony Caro OM CBE (b. 1924, New Malden, United Kingdom; d. 2013, London, United Kingdom) rose to prominence in the 1960s for his large-scale, abstract sculptures. Caro utilized oxyacetylene welding equipment and scrap metal from London dockyards and began to experiment with cutting, welding, and bolting together pre-fabricated steel girders, meshes and sheet metal. The resulting abstract sculptures explored similar topics as Color Field painters such as scale, form, surface and space. Caro’s career spanned more than five decades, during which he has received numerous honors, critical acclaim and was considered the pre-eminent British sculptor of the Post-War era. Caro’s major exhibitions include retrospectives at the Museum of Modern Art, New York in 1975, the Trajan Markets, Rome in 1992, the Museum of Contemporary Art, Tokyo in 1995, Tate Britain, London in 2005 and 2014, and Metropolitan Museum of Art, New York in 2011.

Jules Olitski (b. 1922, Snovsk, Russia; d. 2007, New York, NY, United States) was a painter and sculptor, challenged and widened the definition of Color Field through his signature techniques. Clement Greenberg described him as “the greatest painter alive” in 1990. Olitski’s first solo museum exhibition was at the Corcoran Gallery of Art, Washington DC, in 1967. In 1969, he exhibited at the Metropolitan Museum of Art. A retrospective was held at the Museum of Fine Arts, Boston, in 1973. He is the recipient of numerous honors and awards, and his work is represented in many major permanent and public collections, including The Boston Museum of Fine Arts, Boston, MA; The Chicago Art Institute, Chicago IL; The Hirshhorn Museum and Sculpture Garden, Washington D.C.; The Museum of Fine Arts, Houston, TX; Tate Modern, London, UK; Toledo Museum of Art, Toledo, OH; The Metropolitan Museum of Art, The Museum of Modern Art, The Solomon R. Guggenheim Museum and The Whitney Museum of American Art, New York.