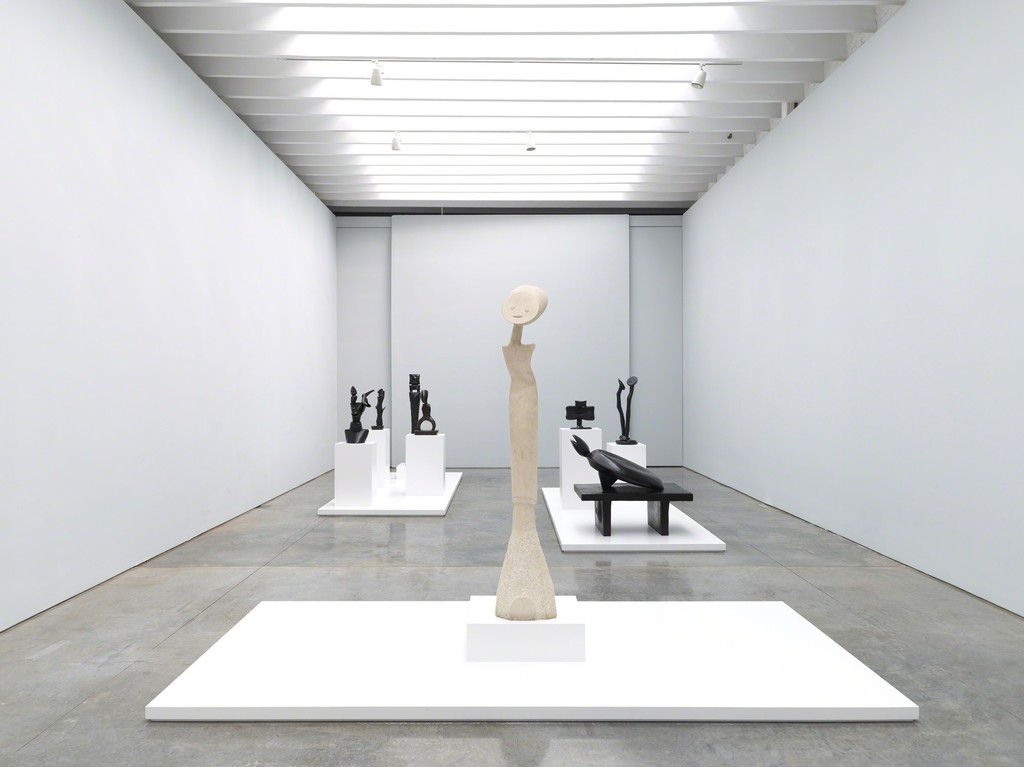 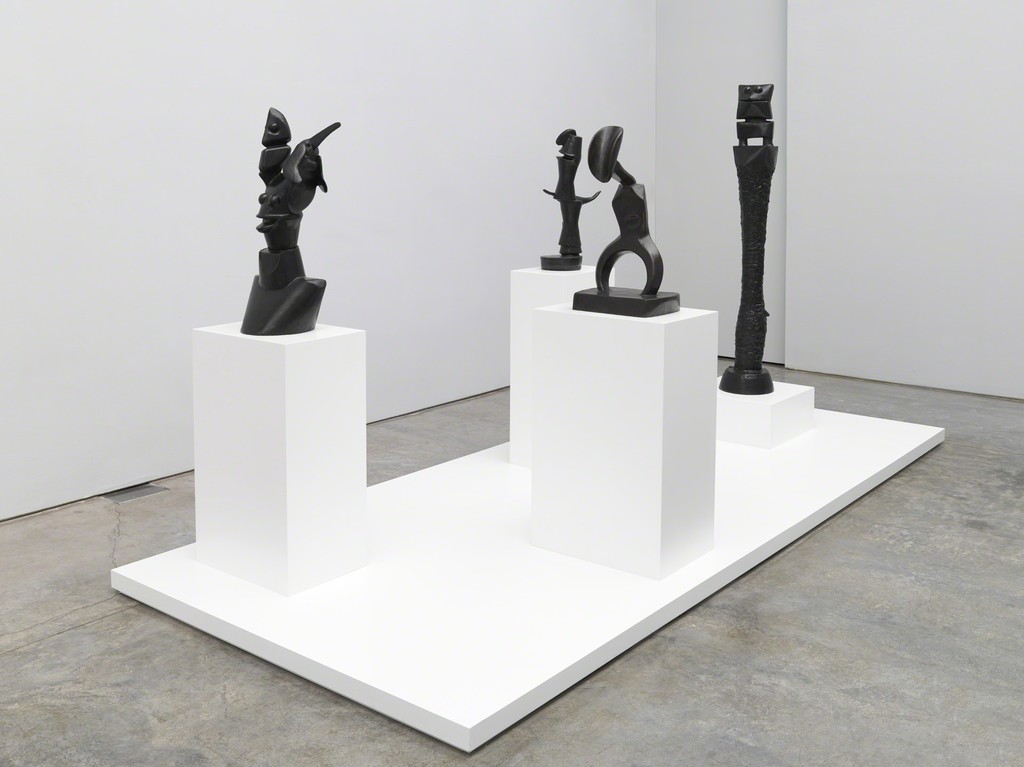 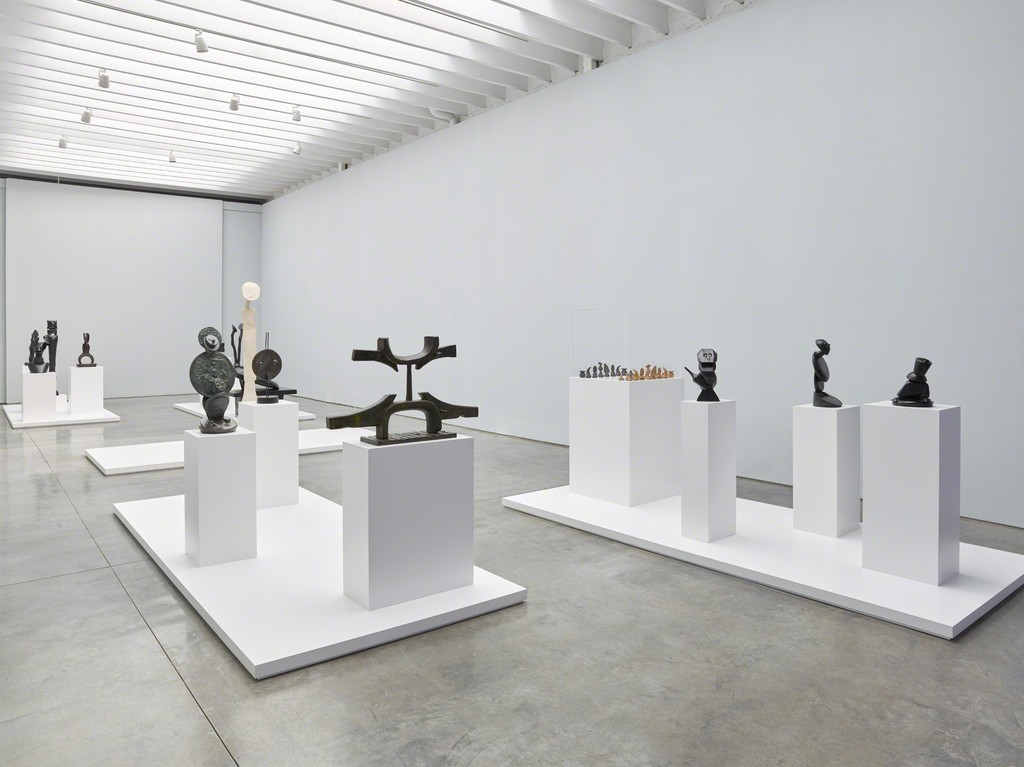 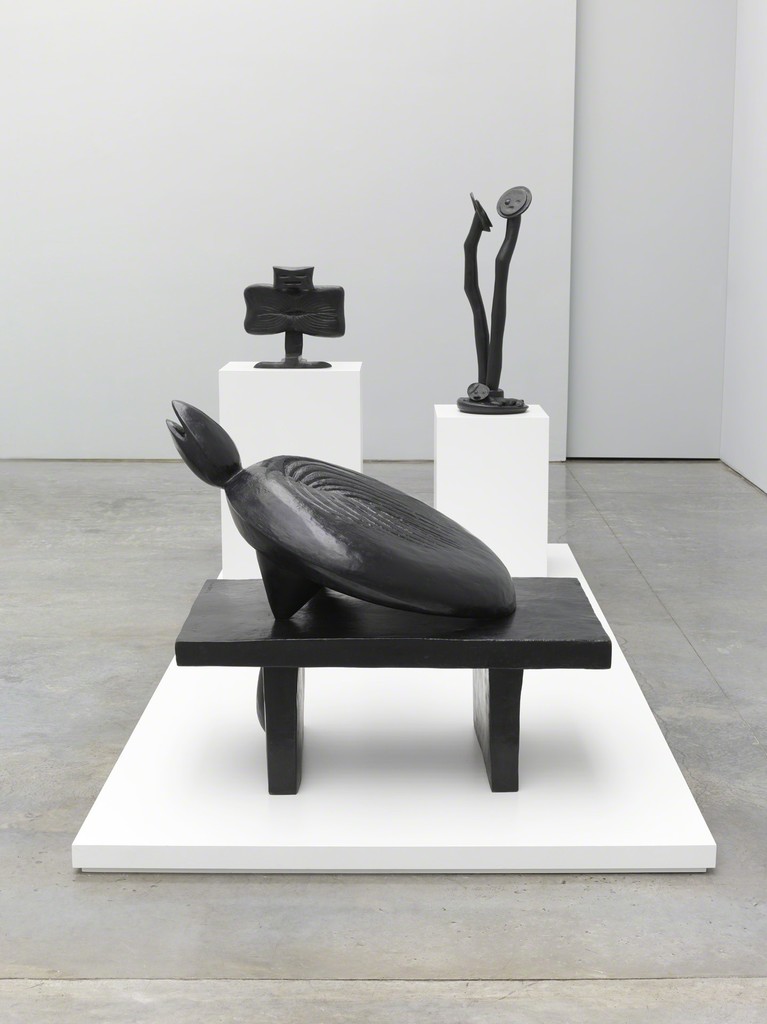 Paul Kasmin Gallery is pleased to announce Max Ernst: Paramyths, Sculpture 1934 – 1967. On view at 515 West 27th Street from October 22 – December 5, 2015, the exhibition will be comprised of 14 sculptures made of bronze and stone, spanning over 30 years of the artist’s sculptural oeuvre. This exhibition marks the first major solo presentation of Ernst’s sculptures in North America since 1993.

Max Ernst turned to three-dimensional materials and sculpture in intense bursts of activity at various moments in his career from his Cologne Dada period in the 1920s onwards. After spending the summer of 1934 in Switzerland with Giacometti quarrying and carving works in stone, he returned to Paris with a serious commitment to
sculpture and developed the processes he would utilize for the rest of his career. Paramyths explores several phases of the artist’s sculptural output with iconic works ranging from 1934–1967 that emphasize the importance of sculpture within his artistic oeuvre.

Ernst is known for the inspired development of frottage and decalcomania, process-based methods of artistic production that served to unlock the powers of the imagination. These techniques also infused his approach to sculpture, but resulted in a very different vocabulary of simple forms derived from everyday objects he had on hand. Ernst would often accumulate and recombine these ordinary shapes, initially cast in plaster, to create anthropomorphic sculptures of rare poetry, humor, and symbolic power. Oedipe I, 1934 and La Belle Allemande, 1934, demonstrate this method of appropriating quotidian objects such as flowerpots, containers, and shells first molded in plaster and later cast in bronze. Ernst assigns new identities to these seemingly mundane, utilitarian forms by configuring them into constructions that embody a new language of modern sculpture. “The sculpture originates in an embrace, two-handed like love itself,” says the artist. “It is the most simple, the most primeval art.”
One exhibition highlights is La Plus Belle, 1967, a life-sized, limestone sculpture that pays homage to the artist’s wife Dorothea Tanning. Never before exhibited in the U.S., the sculpture was first shown the following year at the Alexander Iolas gallery in Paris. La Plus Belle exemplifies Ernst’s inventive synthesis of tribal and ancient artistic traditions and his playful approach to creating form.
   
In collaboration with the Destina Foundation, Amy Ernst, and Eric Ernst, the exhibition will be accompanied by a fully-illustrated, hard-cover catalogue featuring an essay by Dr. Michele Wijegoonaratna from The Metropolitan Museum of Art, as well as texts on each sculpture by Dr. Jürgen Pech, Curator at the Max Ernst Museum in Brühl, Germany.