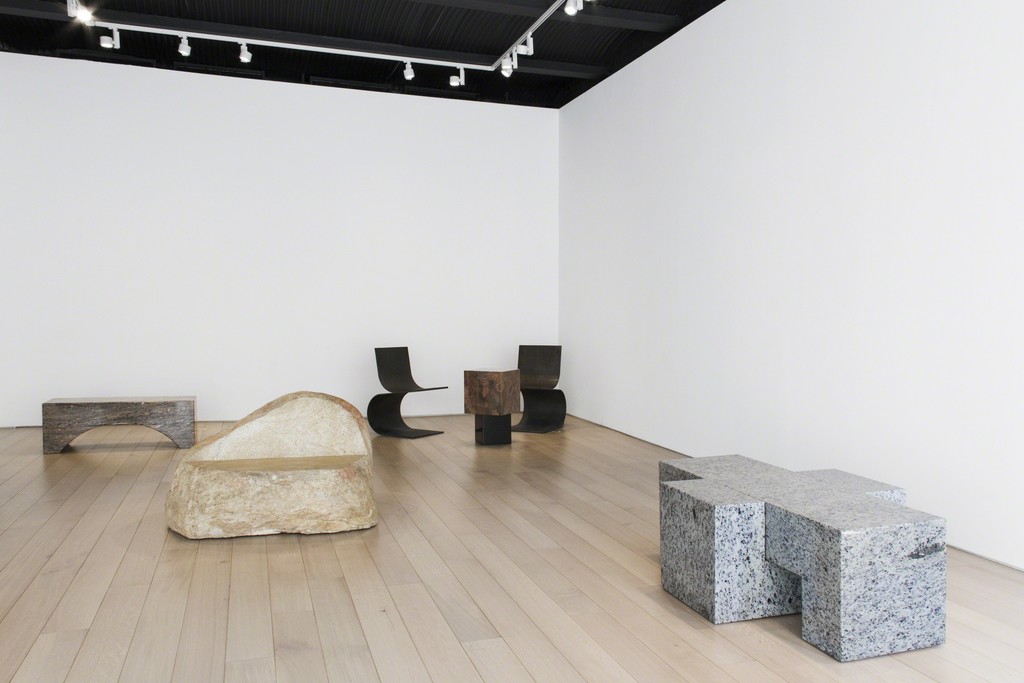 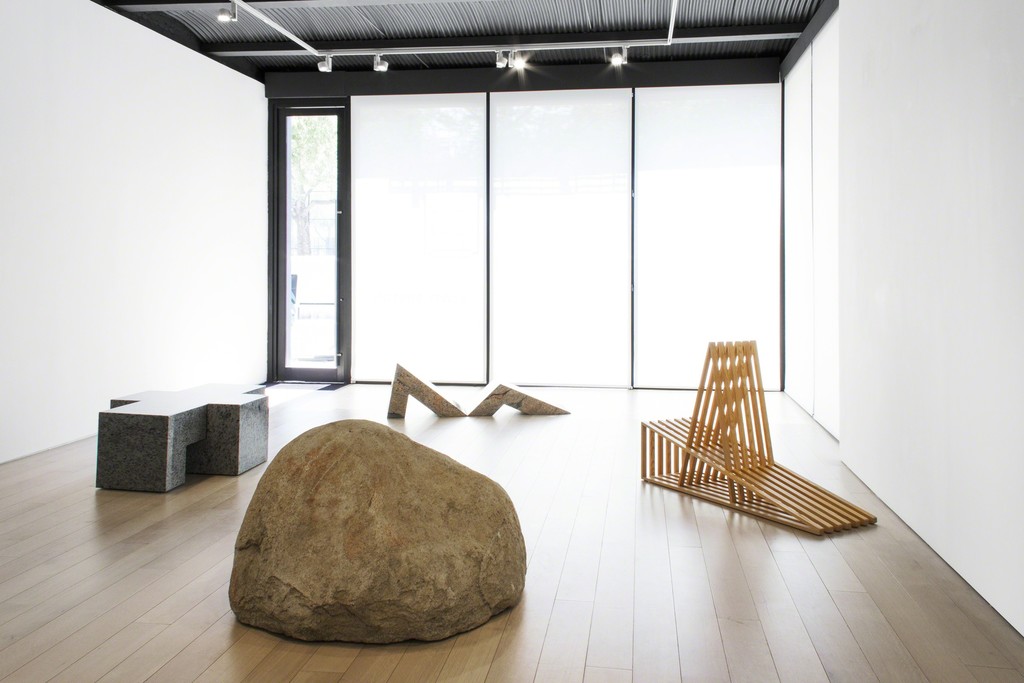 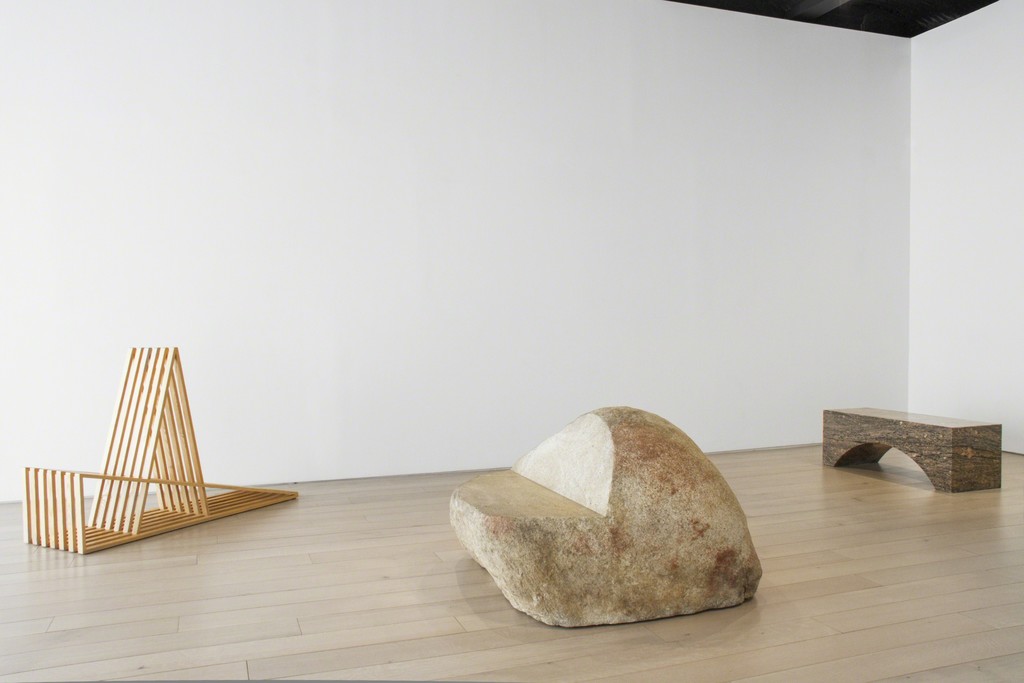 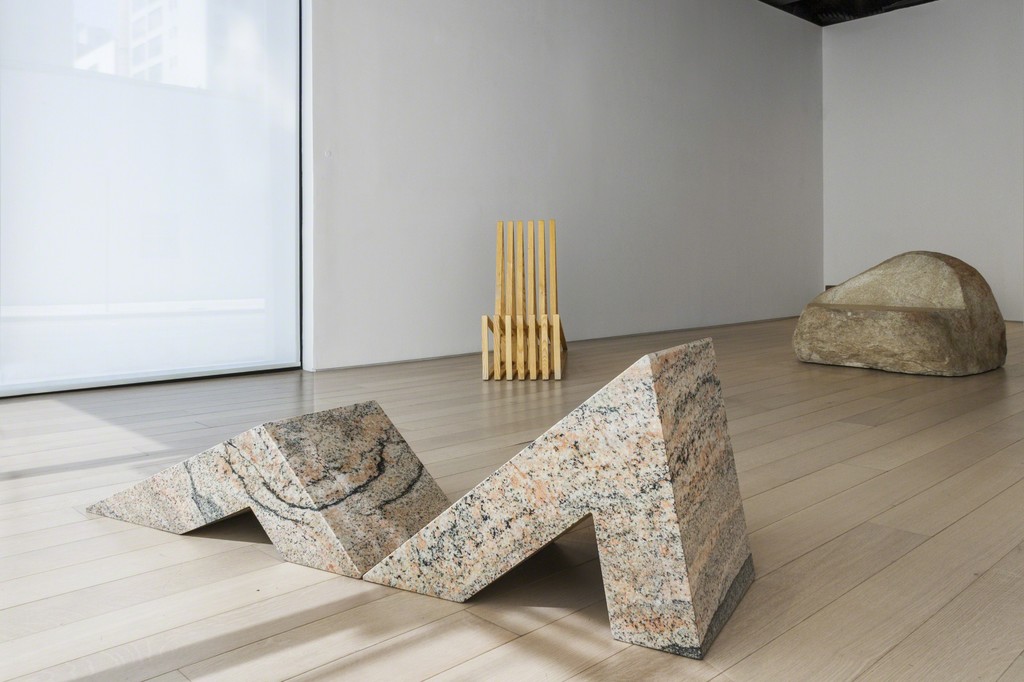 Paul Kasmin Gallery is pleased to announce Scott Burton, an exhibition of works by the late American sculptor on view at 297 Tenth Avenue from May 7 – June 20, 2015. Burton first gained notoriety in the New York art world through his critical work as an editor at ARTnews in the 1960s, and shortly thereafter as a founding member of the influential performance collective, "Street Works." It was with this group that Burton developed an interest in staging interactions between people and objects. The exhibition will include seven iconic examples of the artist's groundbreaking functional sculpture, created between 1981 - 1989.

One of Burton’s most pivotal early works is Rock Chair from 1981, where the artist imbued functionality into a two-ton boulder of sierra granite by carving an “L-shape” into it’s core. This unique work was included in Burton’s posthumous retrospective at the Institut Valencia d’Art Modern in 2003, and signals a shift in the artist’s work in 1980-81 towards an emphasis on the natural materials and their inherent aesthetics. One can see this same emphasis in a more refined manner in both Low Piece, 1986-89 (Rainbow Granite), and Two-Part Table, 1989 (Lake Placid Granite), editioned works for which the artist sourced different stones from different quarries throughout the world for each individual object.

Scott Burton will run concurrently with Brancusi: Pioneer of American Minimalism at 515 West 27th Street. In the year of his death in 1989, Burton curated the inaugural “Artist’s Choice” exhibition at The Museum of Modern Art, New York, entitled Burton on Brancusi, which considered the significance of Brancusi’s work in relation to Burton’s own concerns as an artist and the role of functionality in contemporary sculpture.

Scott Burton (1939 – 1989) was an American sculptor, installation and performance artist. He studied under Leon Berkowitz in Washington, D.C. and Hans Hoffmann in Provincetown, MA, before graduating with a B.A. in Literature from Columbia Univeristy in 1962 and an M.F.A. from New York University in 1963. Burton’s sculptures are included in the collections of the Solomon R. Guggenheim Museum, New York; Los Angeles County Museum of Art; The Museum of Modern Art, New York; the Philadelphia Museum of Art, PH; Tate Gallery, London; and the Walker Art Center, Minneapolis, among many others.