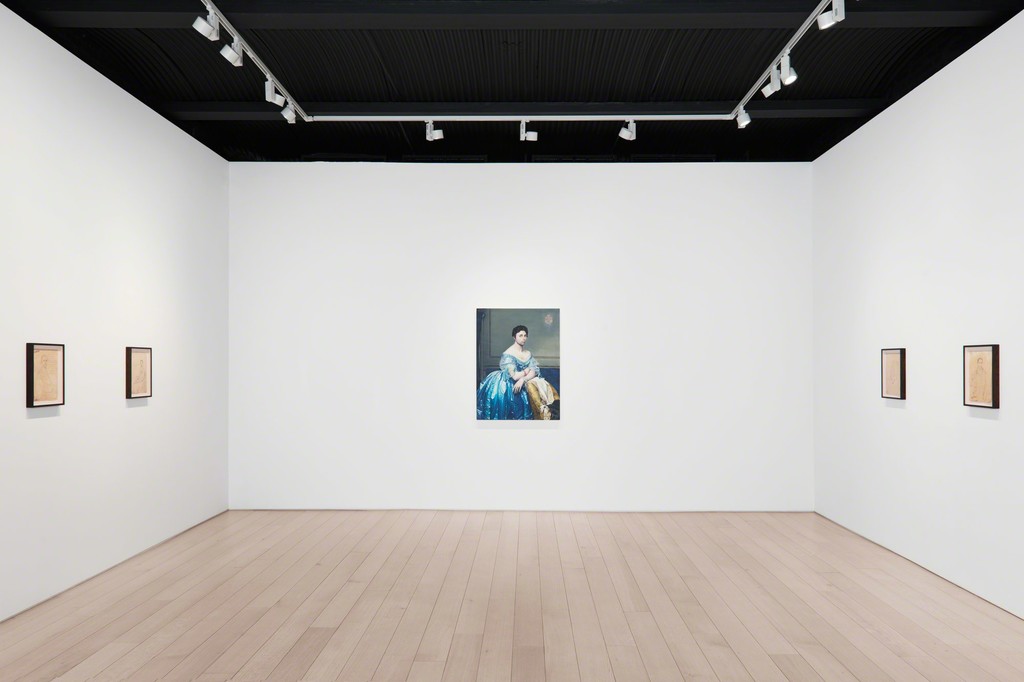 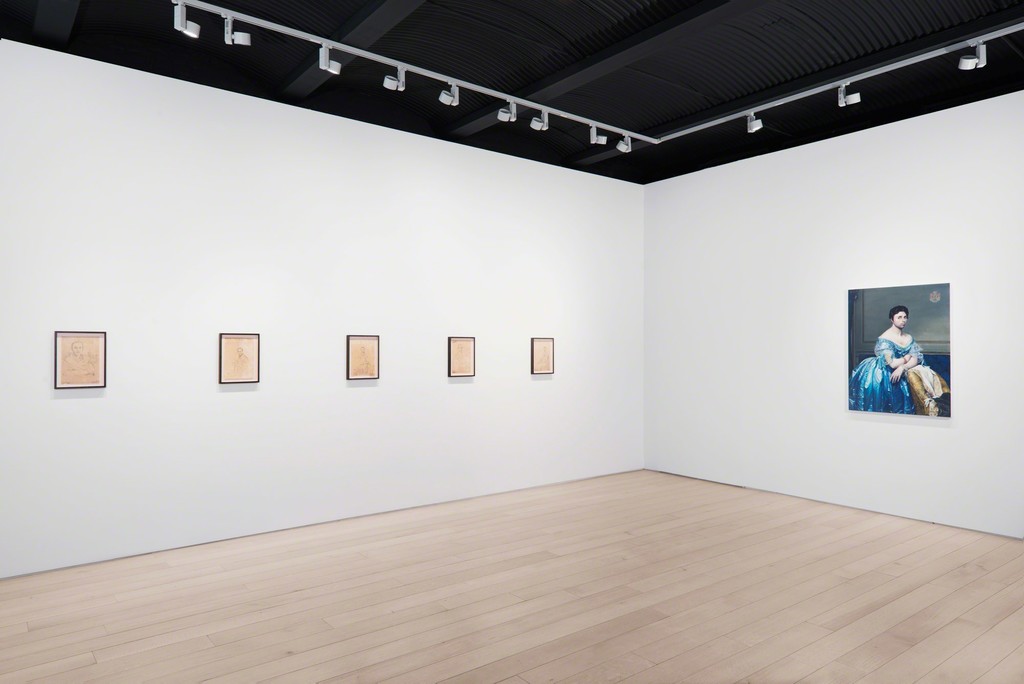 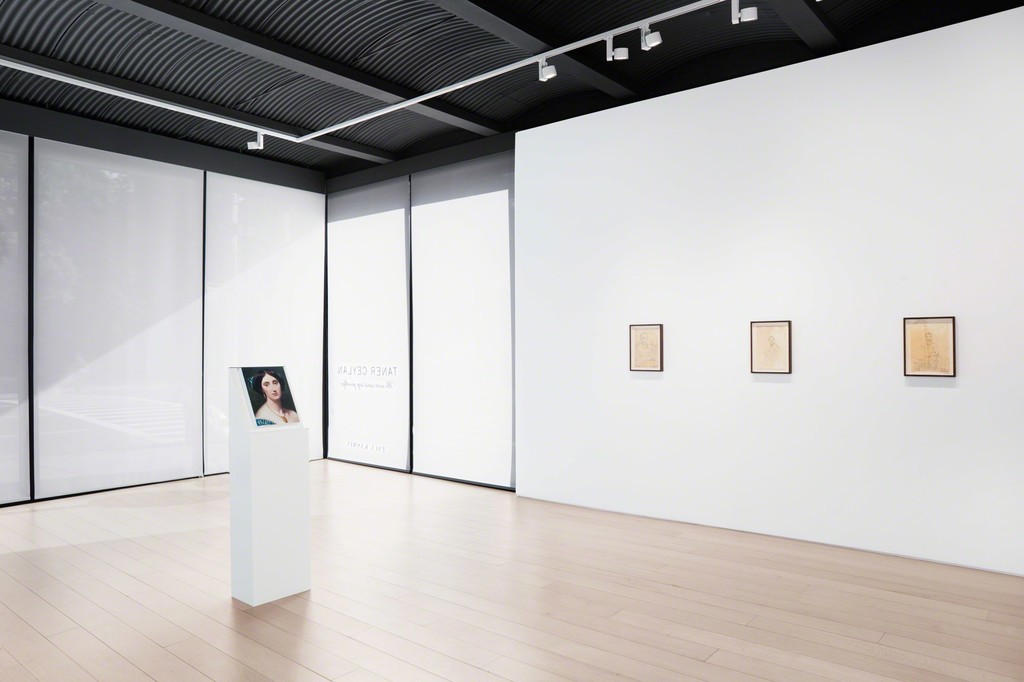 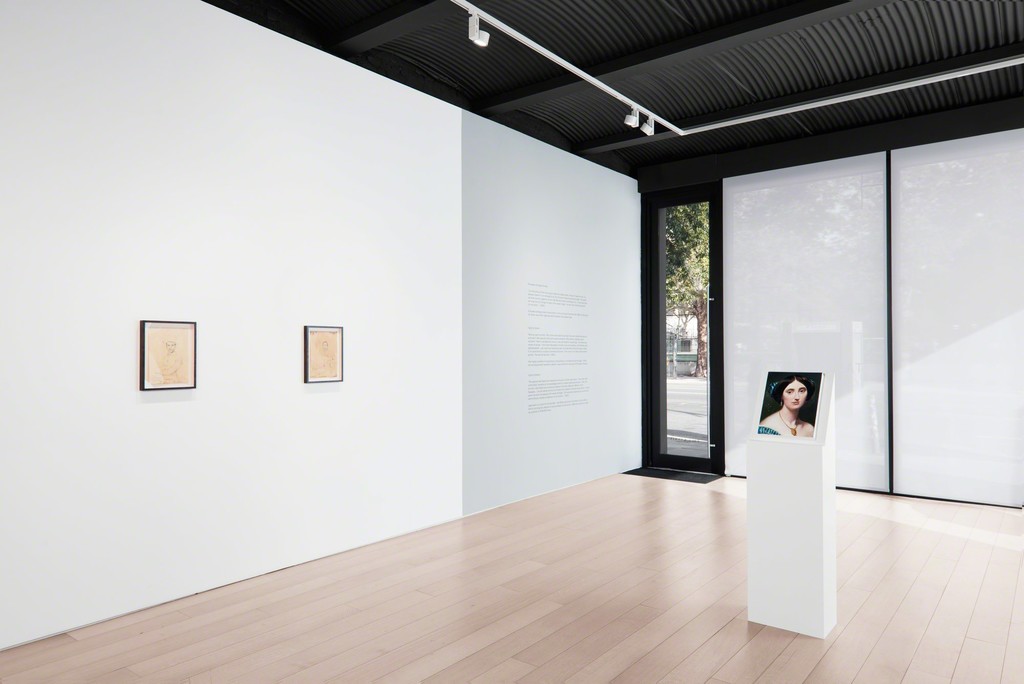 Influenced by the words of playwright Oscar Wilde, “Every portrait that is painted with feeling is a portrait of the artist, not of the sitter,” We now must say goodbye highlights two canvases that together comprise one work: a recreation of the original portrait with the head of Ingres on the Princess’ body, and a smaller portrait solely of the Princess de Broglie’s bust. The two paintings hang apart, confronting the beholder with the image of the sitter on one side and the incorporated portrait of the original artist on the other.

These new Ingres-inspired paintings are an evolution of Ceylan’s Unfinished Painting series, which also examine historical Orientalist portraits through a contemporary, Eastern lens. The portraits involved an in-depth study of Ingres’ technique and process, as well as a detailed, in-person analysis of the original painting at The Metropolitan Museum of Art, New York.

Ingres was widely recognized for his highly realistic portraits of the fashionable upper class. Princess de Broglie, 1851-53, one of his most famous works, was his last commissioned portrait of a female sitter. The unique positioning of the portraits alludes to the exhibition’s title, taken from poet Bertolt Brecht’s Alabama Song, as Ceylan offers Ingres the chance to say goodbye to the Princess de Broglie and, perhaps, to portraiture altogether.

The exhibition also debuts 10 new drawings on antique paper, self-portraits by Ceylan in the style of Ingres’ drawings. By embedding classical subjects in a contemporary context, Ceylan “reimagines the world that has been masked by time and distorted narrative.”

Taner Ceylan has exhibited in numerous museums, and galleries; the 8th International Istanbul Biennial (2003); the 9th International Istanbul Biennial (2005), “Postcards from CAC” at the Contemporary Art Center, New Orleans (2009); “Naked” at Paul Kasmin Gallery (2009); Istanbul Next Wave (2010); Martin-Gropius-Bau, Berlin (2010); “Istanbul Modern” at the Museum Boijman Van Beuningen, Rotterdam (2011). His work is in private and public collections worldwide, including the Sveaas Art Collection and the Istanbul Museum of Modern Art. A large-scale interpretation of Giuseppe Pellizza da Volpedo’s famous painting ‘Il Quarto Stato’ and a new portrait of Pellizza, are currently on view at the Istanbul Modern from September 5 – November 1, 2015 as part of the 2015 Istanbul Biennial Saltwater curated by Carolyn Christov-Bakargiev.