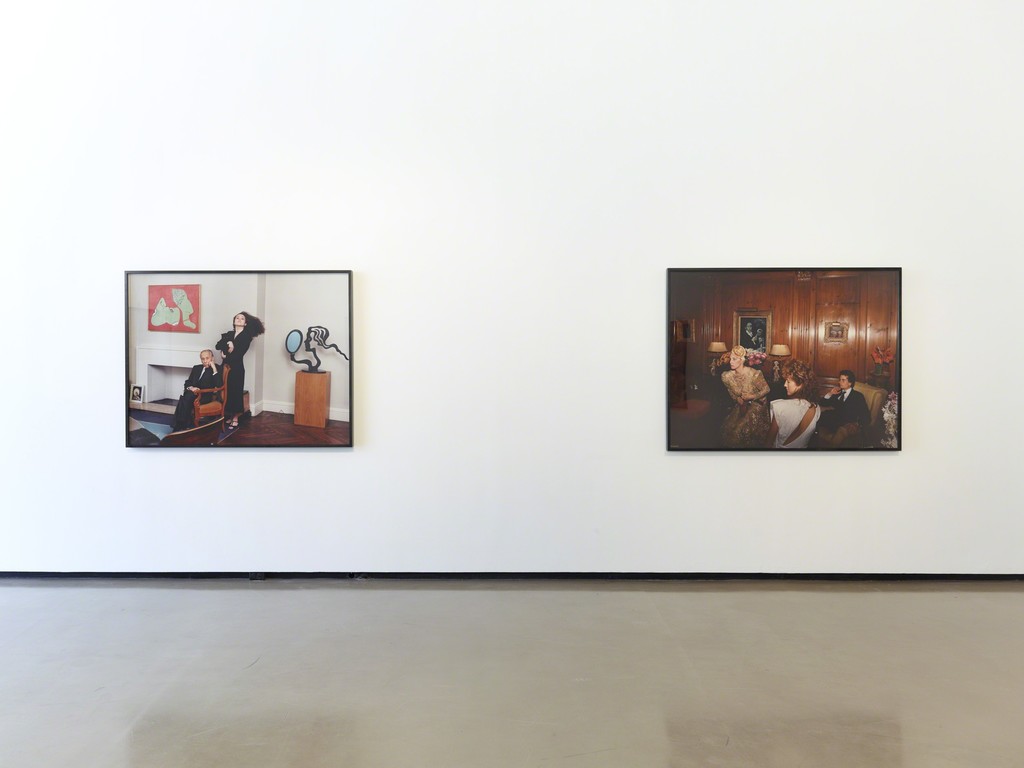 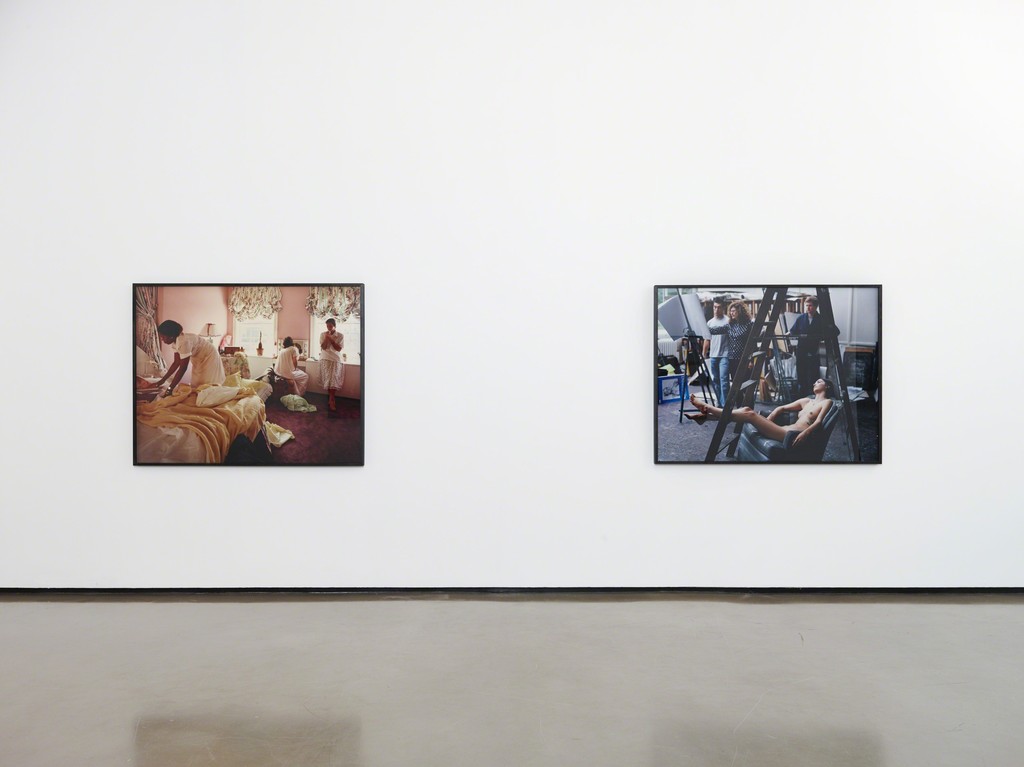 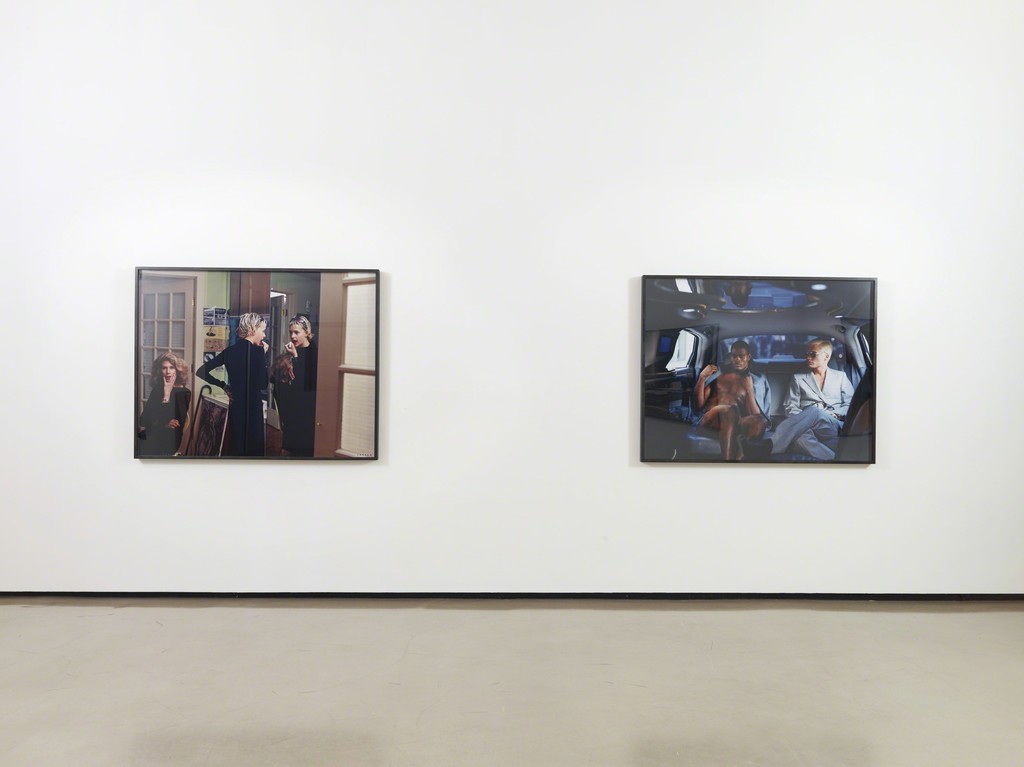 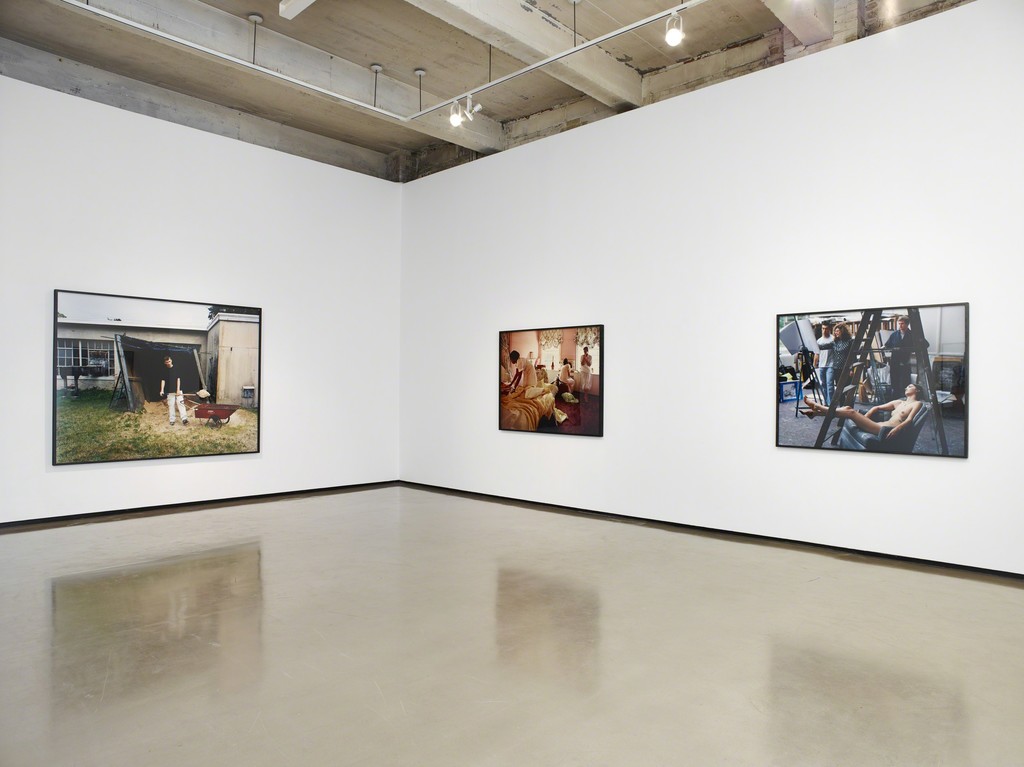 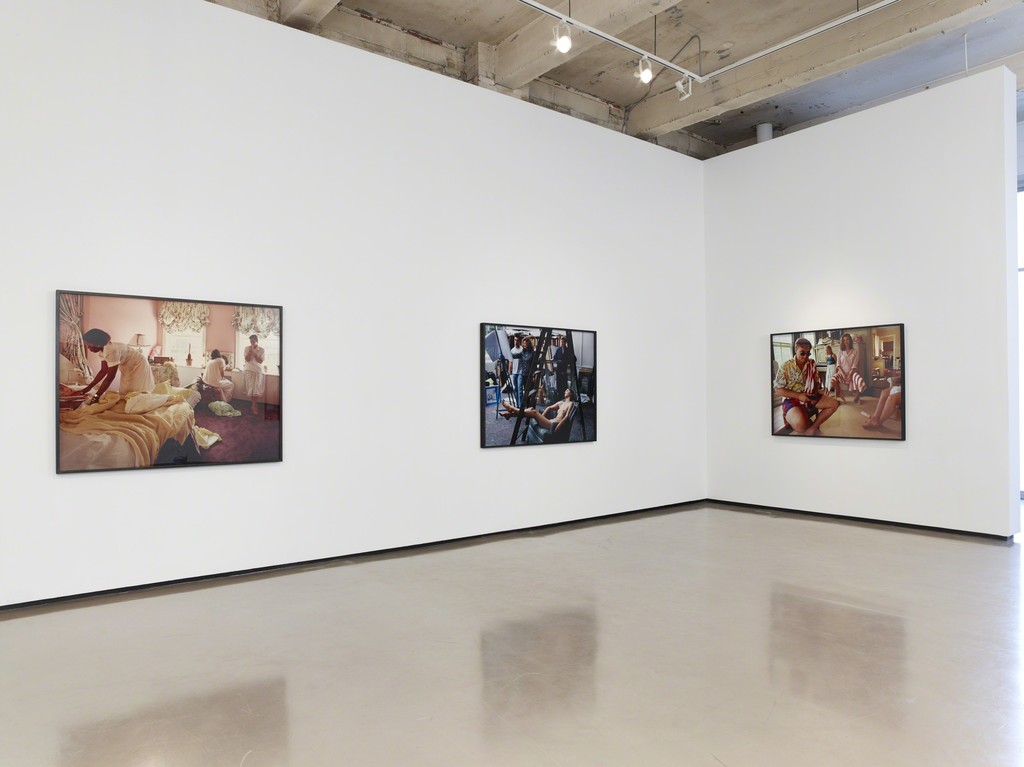 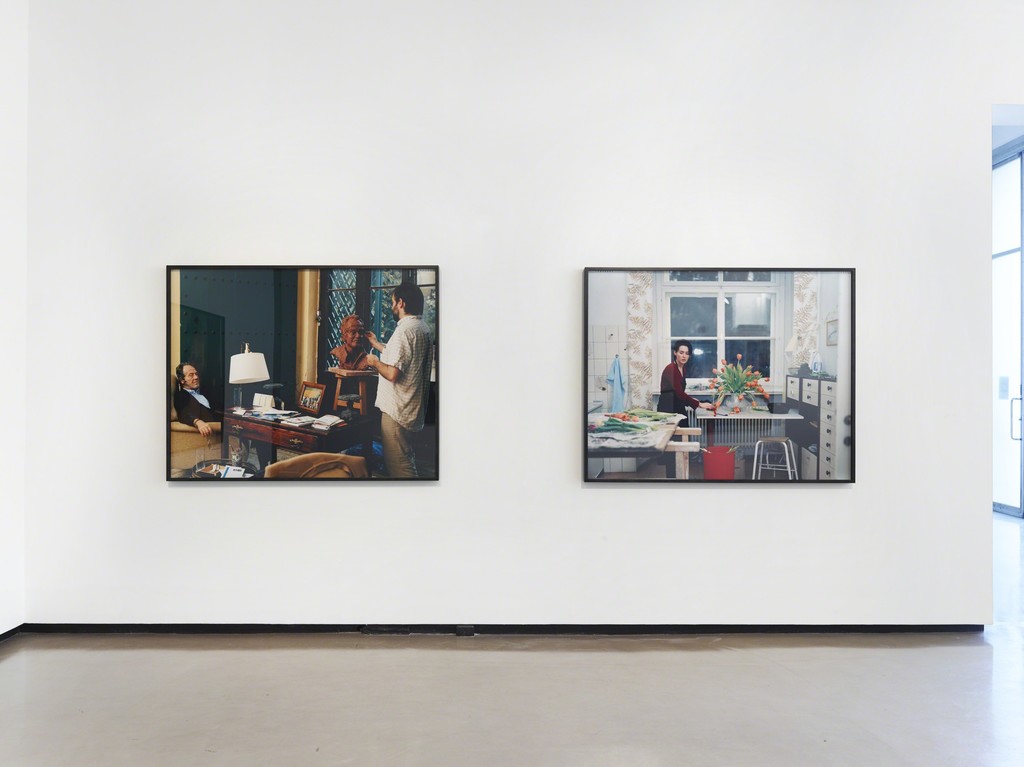 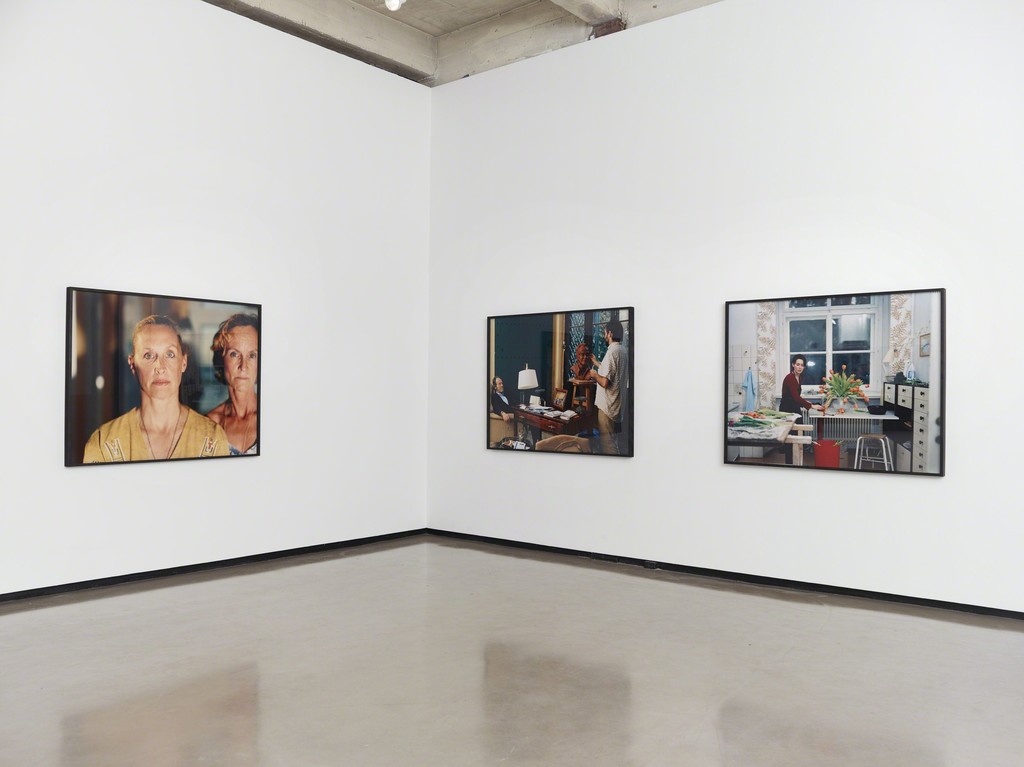 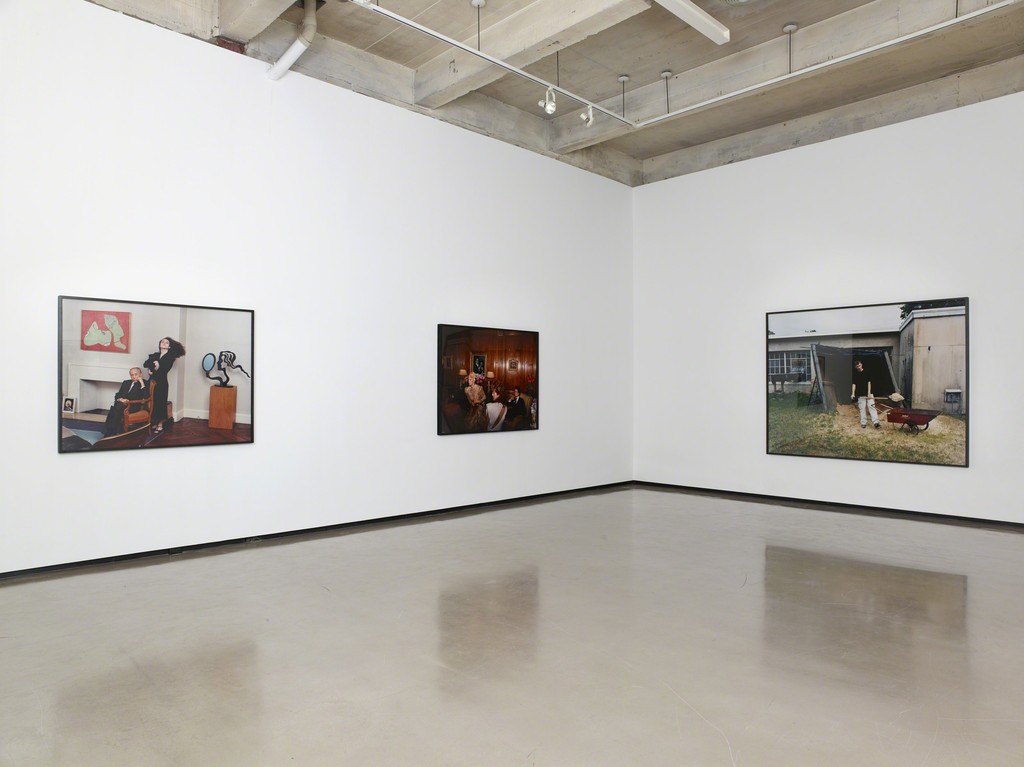 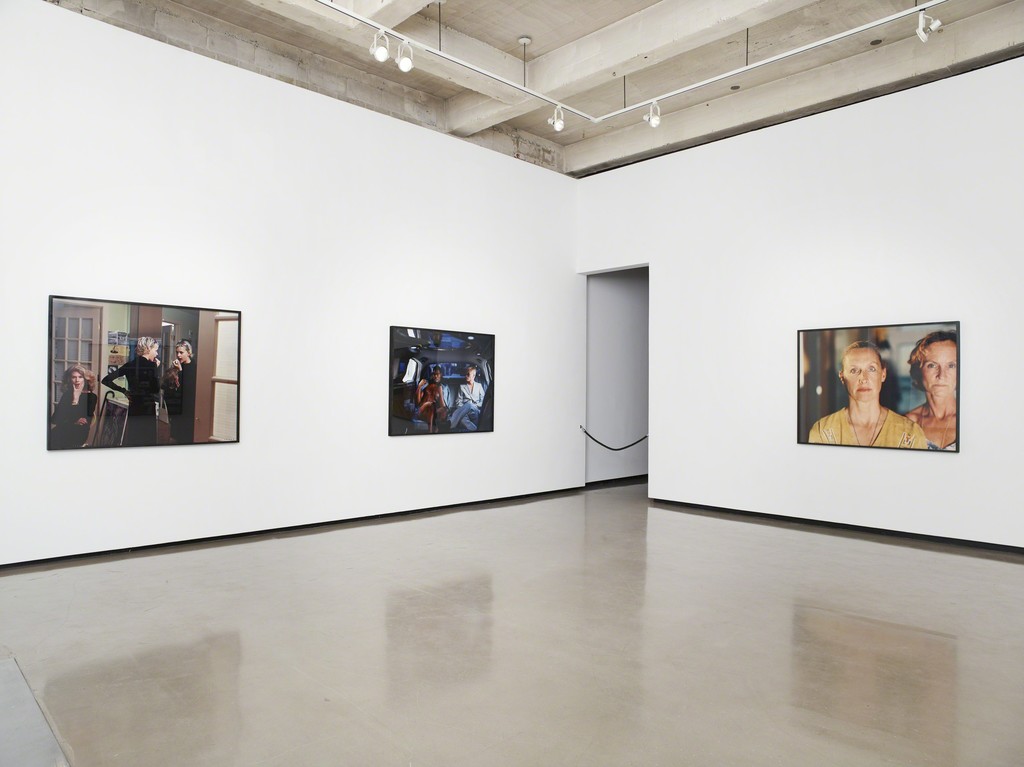 Paul Kasmin Gallery is pleased to announce Four Decades, a solo exhibition of Tina Barney’s photographs spanning the breadth of her career, on view at 293 Tenth Avenue from May 7 – June 20, 2015. This is Barney’s first solo show with the gallery and will include a selection of her most iconic works, as well as images that have never before been exhibited in the U.S.

Since the early 1980s, Tina Barney’s large-scale photographs have laid bare candid moments in the elusive lives of those in the upper classes of American and European society. Through Barney’s humanist lens, she consistently demonstrates that life in a rarified world is idiosyncratic and spontaneous in its own way. The works presented in Four Decades offer a succinct overview of Barney’s oeuvre, featuring notable early works such as Mark, Amy and Tara, 1983, and The Reception, 1985. Later photographs from the acclaimed series “The Europeans” and “Players” continue to articulate a narrative about the lives of the wealthy as Barney depicts familiar scenes against lushly saturated, opulent backdrops allowing the viewer to share in intimate moments. Four Decades also highlights one of Barney’s editorial masterpieces, The Limo, 2006, as well as works from her series “Small Towns,” focusing on the nuances of regional American life.

Born in New York City in 1945, Barney turned her concentration to photographing in color with a large format view camera in 1982 – an analogue process she steadfastly continues today. The artist was included in the 1987 Whitney Biennial, and significant solo exhibitions have since been held at the Museum of Modern Art, NY, in 1990; Das Museum Folkwang in Essen, Germany, in 1999; The Barbican Art Gallery, London, in 2005; the Museum der Moderne, Salzburg, Austria, in 2006; and the First Center for the Visual Arts, Nashville, TN, in 2015. Barney’s works are in the permanent collections of the Museum of Modern Art, New York, NY; the Whitney Museum of American Art, New York, NY; the Los Angeles County Museum of Art, CA; and the Museum of Fine Arts, Boston, MA, among many others. She currently lives and works in New York City and Westerly, Rhode Island.