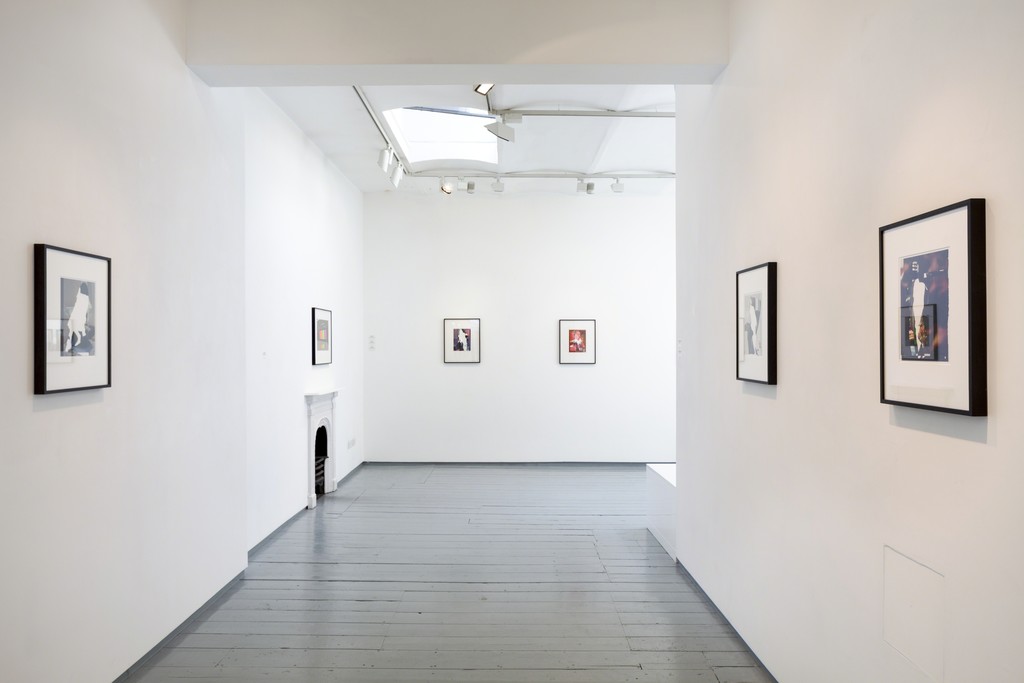 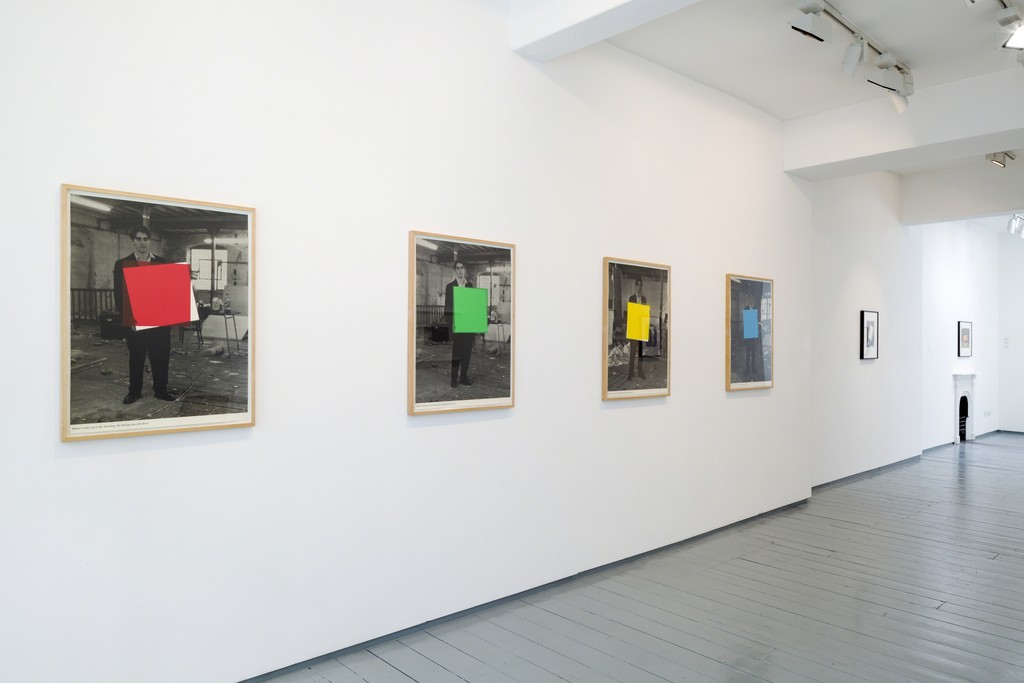 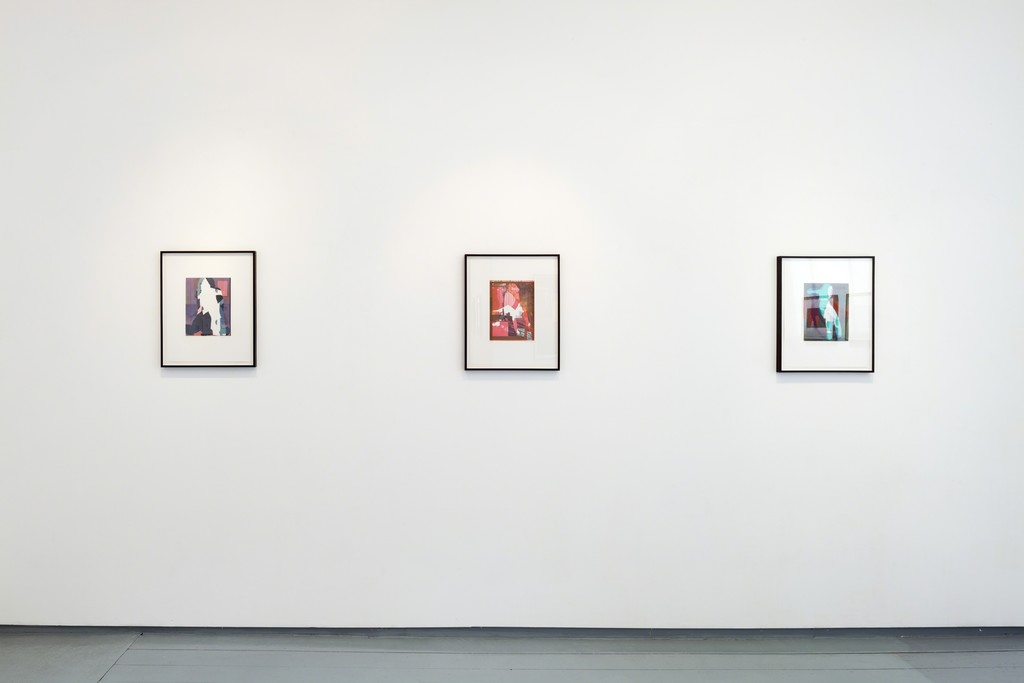 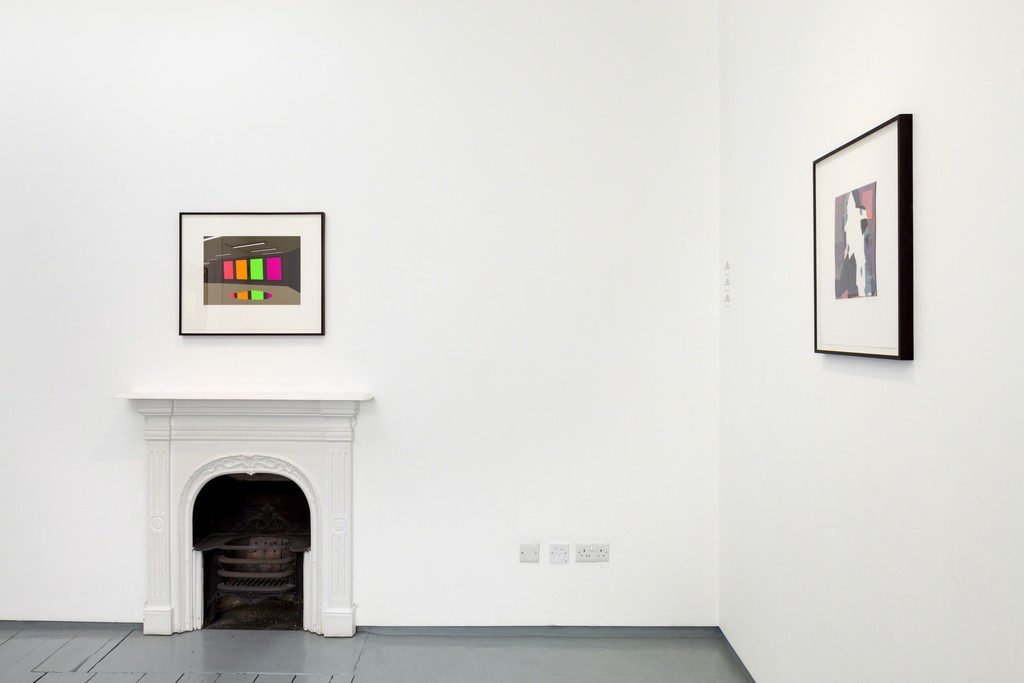 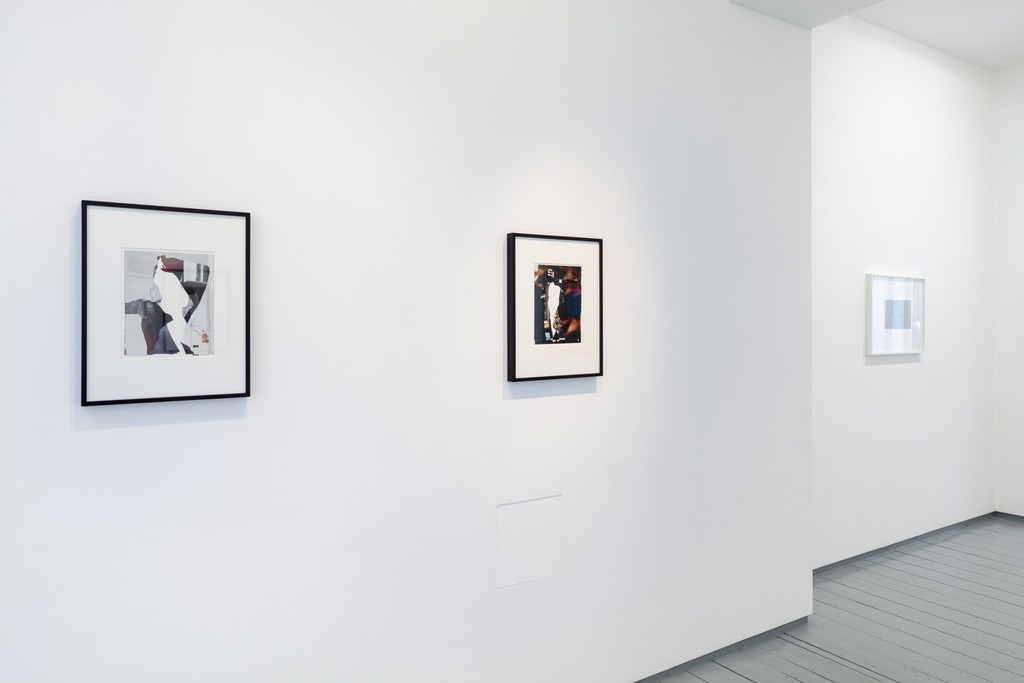 Paul Stolper is proud to present Unprinted by Angus Fairhurst (1966–2008) a comprehensive overview of his printed works from 1992 to 2006, including silkscreens and etchings. The earliest works in the show, ‘When I Woke up in the Morning the Feeling Was Still There’ (1992, from The London Portfolio, Paragon Press), and ‘When I Woke up in the Morning the Feeling Was Still There’ (1997), are silkscreen prints taken from an initial photograph; the first an individual print, the latter made up of four prints. Each print depicts a single figure – the same man who appeared in the seminal work ‘Man With Dream Colours’ (1992) – standing in an artist’s studio and holding a blank white canvas. A square of colour has been printed on top of each canvas, but deliberately misaligned with its borders. 'I wanted to play on the misalignment of the hard form and the notion of feeling, both physical and emotional, which is something you cannot be so sure about' (Angus Fairhurst, Contemporary British Art in Print, 1995). The square is yellow in the earlier print; while the later set encompasses green, red, yellow and blue versions. The space we most associate with colour and light, the studio, has been stripped of all those characteristics. It is inhabited by a solitary area of colour that seems not to be really part of the work, but rather super-imposed on to it. The title, prominently printed below the image, perhaps alludes to love, loss, despair, or hope, with the colours somehow standing in for all of those emotions.
Fairhurst revisits colour in ‘Proposal for a Public Space’ (2006; part of the Serpentine Portfolio), where four colour panels in the shape of back-lit advertising hoardings light up and revitalise an anonymous barren room. A solitary sign reads ‘Way Out’. Reminiscent of Andy Warhol’s ‘Silence’ sign in his print ‘Electric Chair’, it sits above a puddle, that is almost overflowing with reflected colour. It suggests an abstract shape cut out from the four blocks of colour above and collaged to the floor of the room. The use of collage and décollage to disguise, highlight, reveal, shift, emphasise, and reveal something new in an image, is again present in Fairhurst’s group of three etchings with drypoint, ironically titled ‘Unprinted 1, 2, and 3’ (2006). Oppositions of doing and undoing, absence and presence, are evident in the depiction of the figure. Vestiges of the original image can barely be deciphered – a shoe or hand offering a fragmentary clue – and each layer is superimposed one upon the other create a new hybrid figure.
‘Everything but the Outline Whited-out’ and ‘Everything but the Outline Blacked-in’ (both 2006) are silkscreen prints at the logical extreme of the collage process: everything is cut out and removed except the outline of the figure. Fairhurst redacts the high-gloss visual language of fashion and advertising with solid fields of colour, almost stripping away the whole image, and leaving only the faintest trace of the model’s body. Based on a poster advertisement for the perfume Opium and modelled by Sophie Dahl, the image is denuded of any traces of selling and luxury. In its original form as a huge billboard advertisement, it represented the ultimate means of visual mass communication, whereas Fairhurst in these prints offers a much more intimate portrait, an image of purity of both colour and composition.
Angus Fairhurst (1966-2008) was one of the influential members of the group of artists associated with London’s Goldsmiths College in the late 1980’s. He participated in the seminal exhibition, Freeze (1988), which set the tone for contemporary art in the UK over the next two decades. Fairhurst graduated from Goldsmiths College in London in 1989. Following Freeze, he exhibited in most of the landmark group exhibitions of his generation, including Gambler (1991) at Building One, London, Brilliant at the Walker Art Centre, Minneapolis (1995), SOME WENT MAD, SOME RAN AWAY at the Serpentine (1994), Apocalypse at the Royal Academy, London (2000), Casino 2001 at SMAK, Ghent (2001), and In-a-Gadda-da-Vida, with Sarah Lucas, and Damien Hirst, at Tate Britain, London (2004). Music performances by Fairhurst’s band, originally called Low Expectations, took place at an international range of venues from 1995–2001. From 2009–11, a touring retrospective of his work travelled between Arnolfini, Bristol; Waddesdon Manor, Buckinghamshire; M Museum, Leuven, Belgium; and Westfälischer Kunstverein, Muenster, Germany. In 2012, his sculpture A Couple of Differences Between Thinking and Feeling (2003) was installed at Great St. Helen’s Sculpture Space in the City of London.
This exhibition has been organised in association with the Estate of Angus Fairhurst and Sadie Coles HQ.