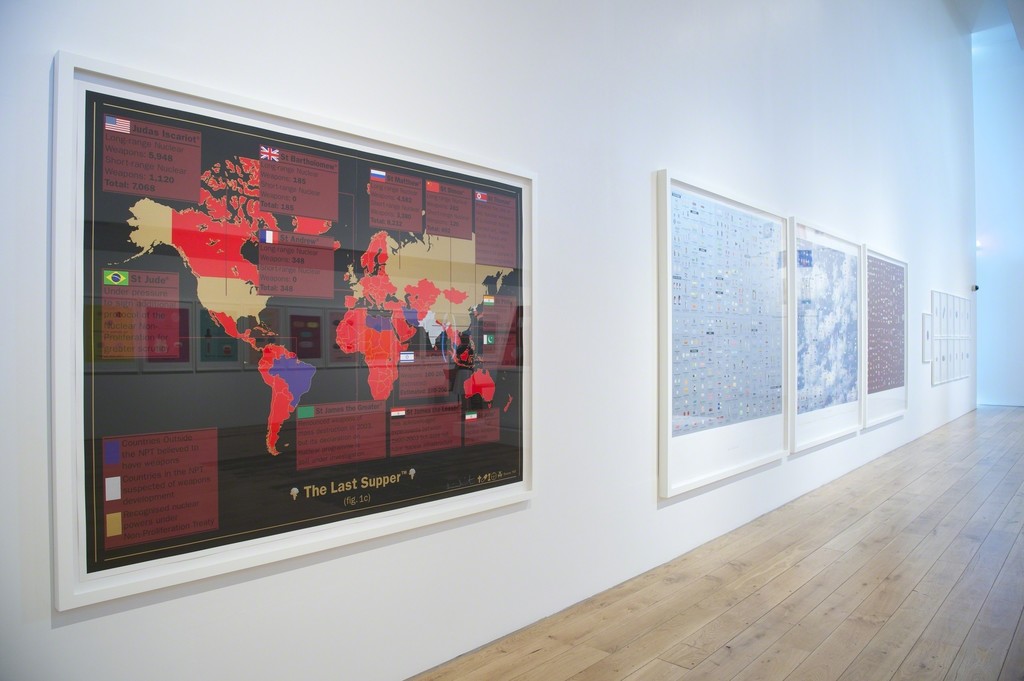 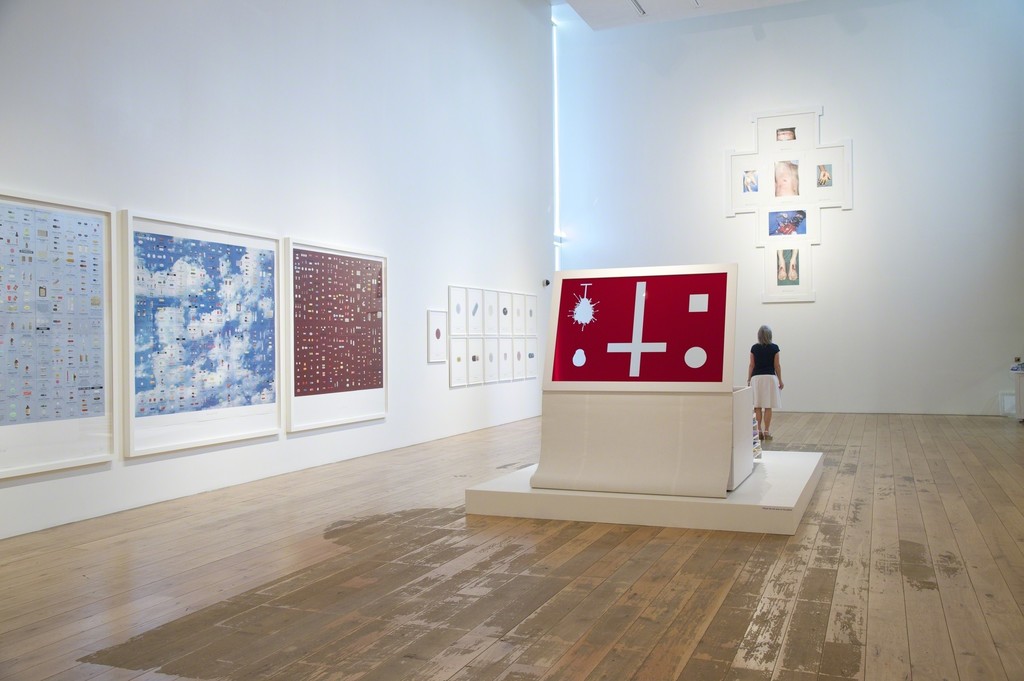 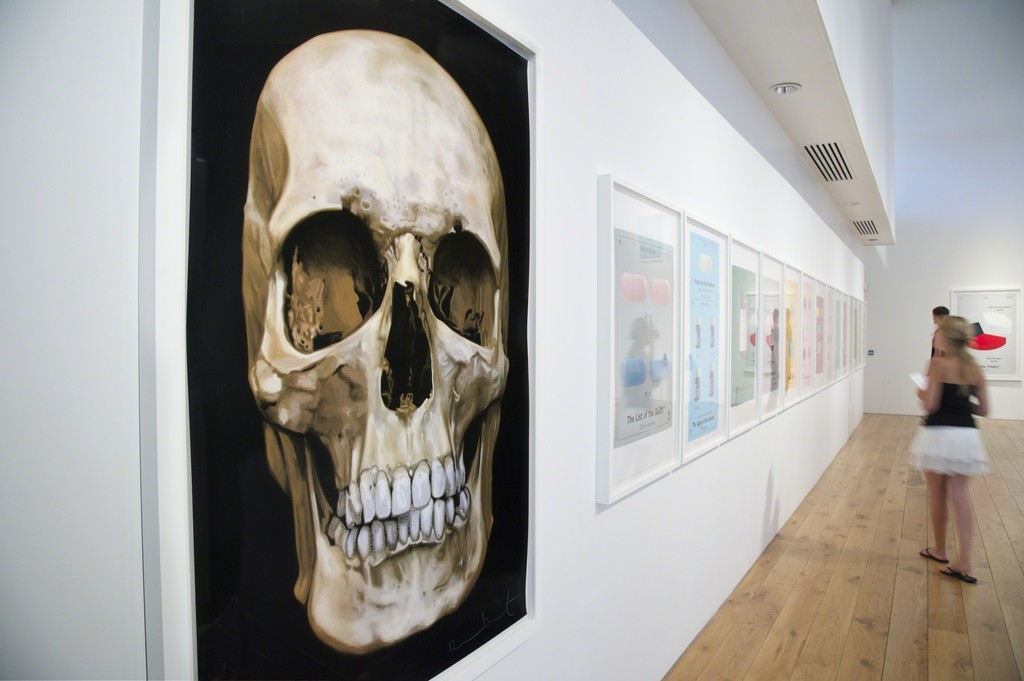 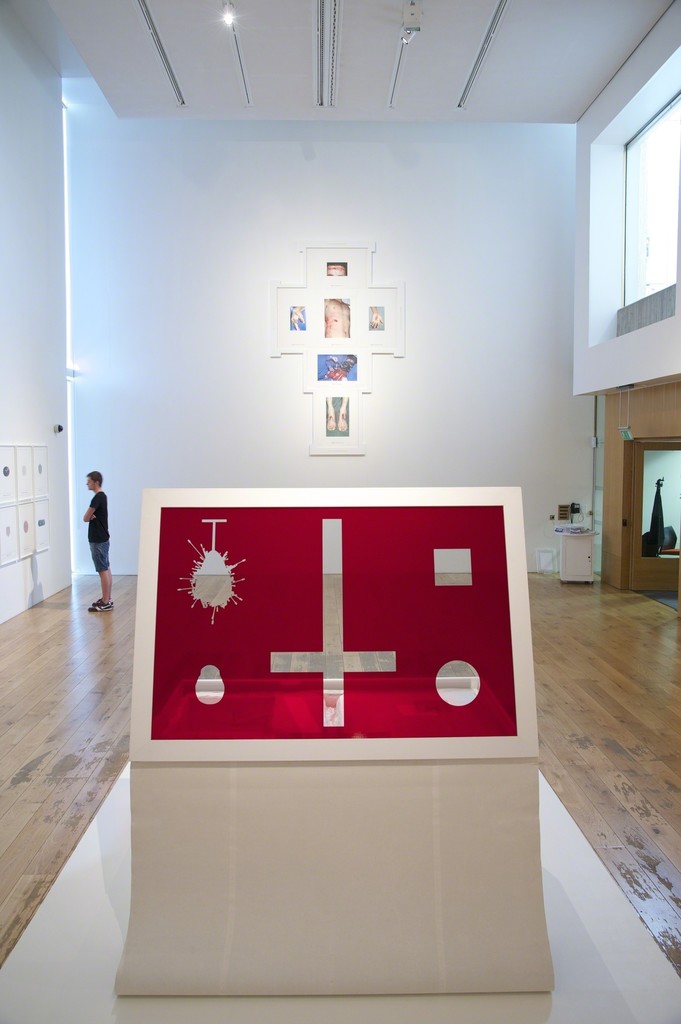 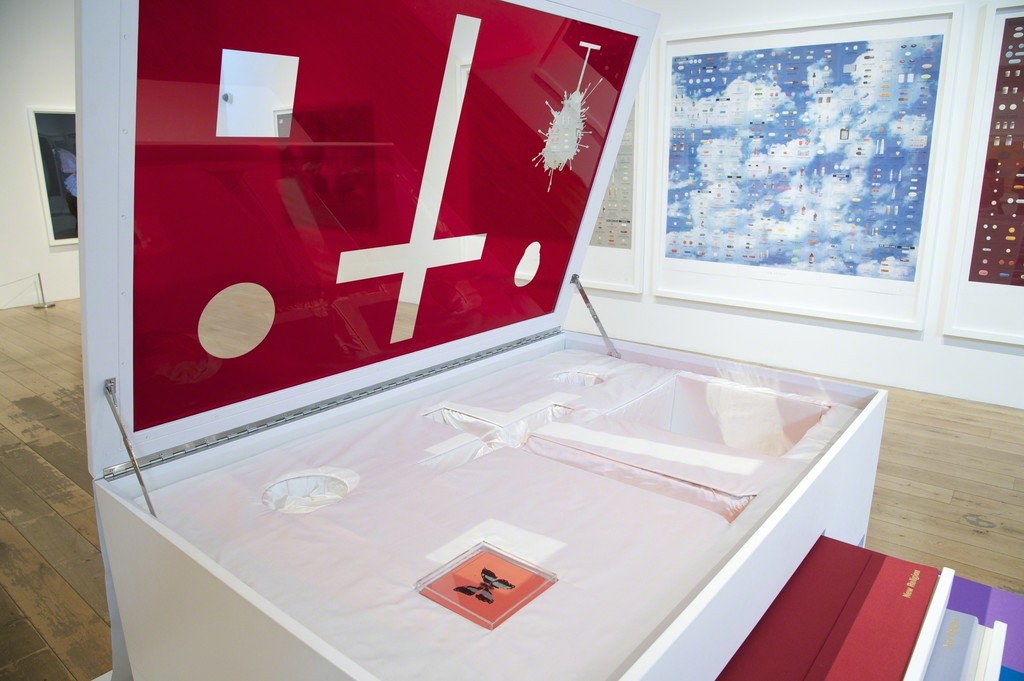 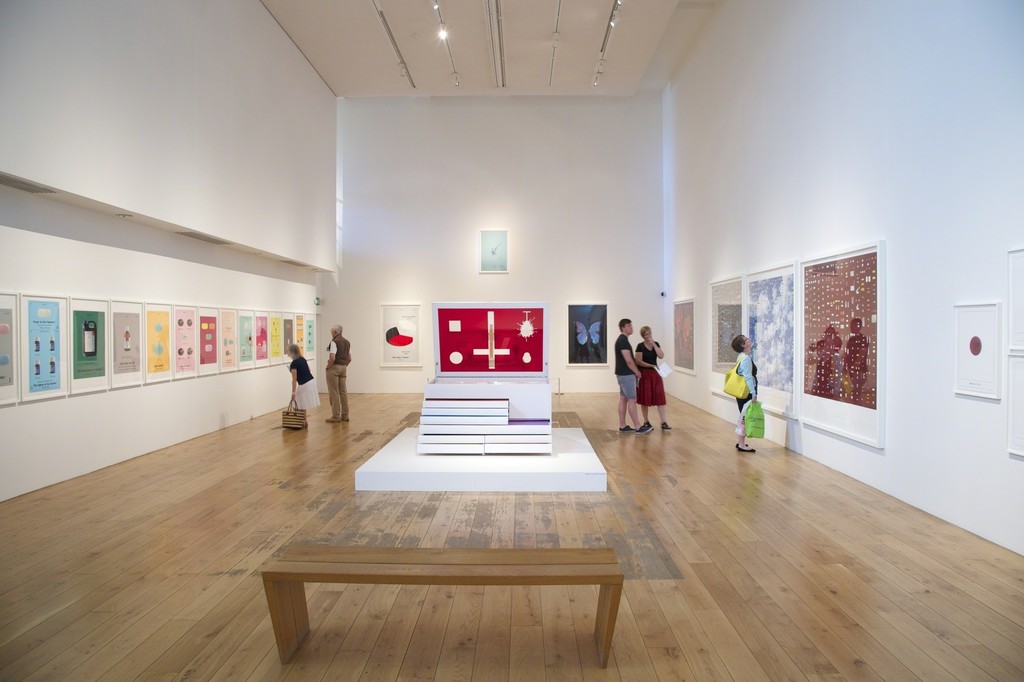 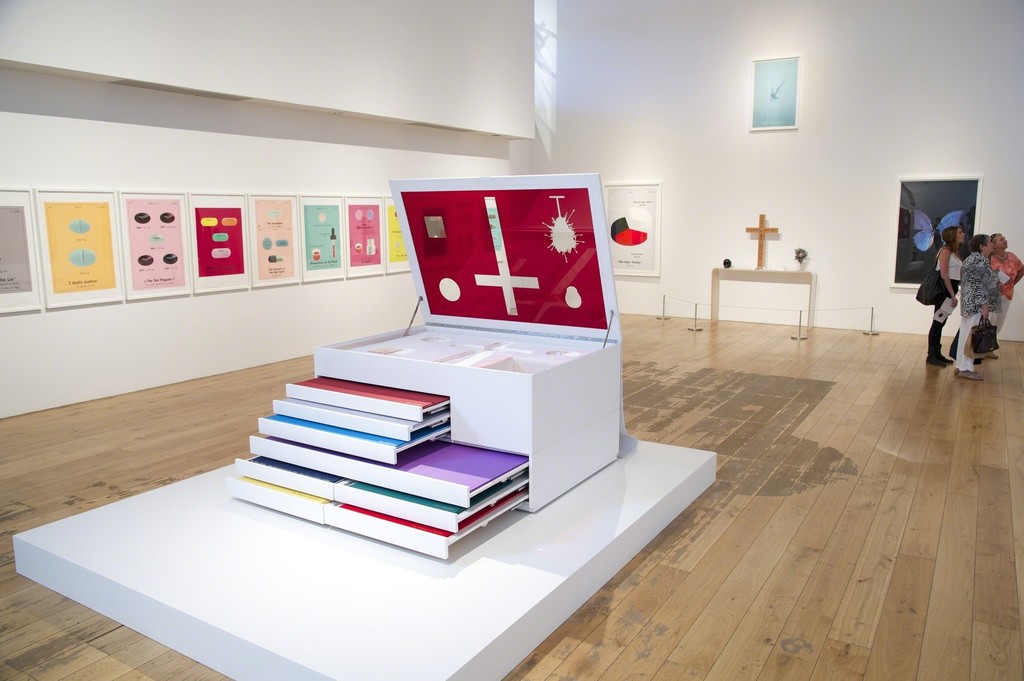 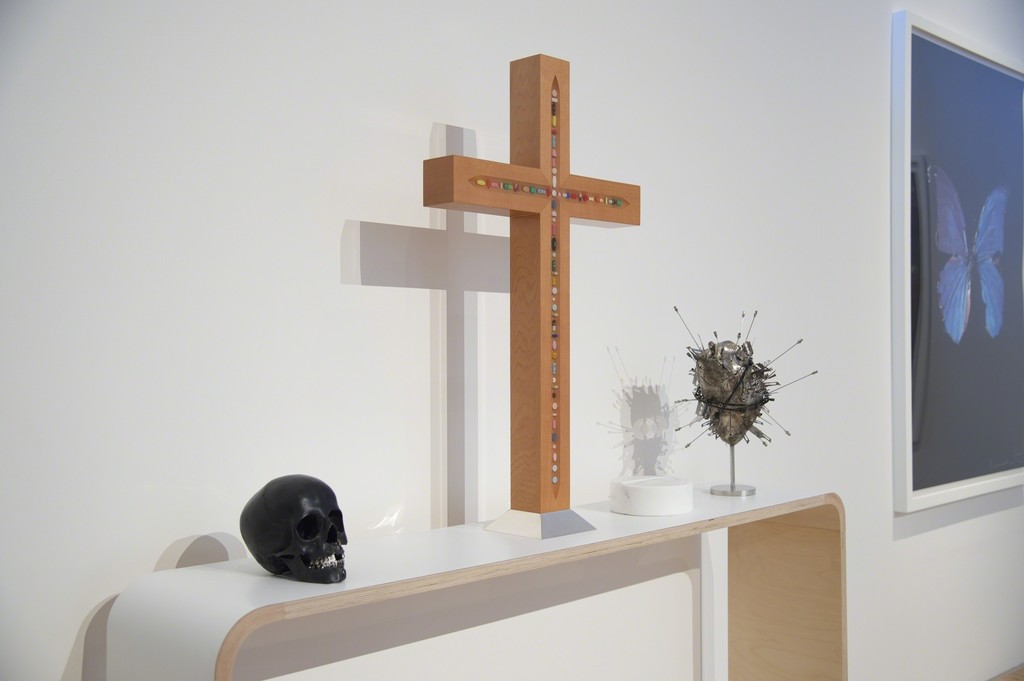 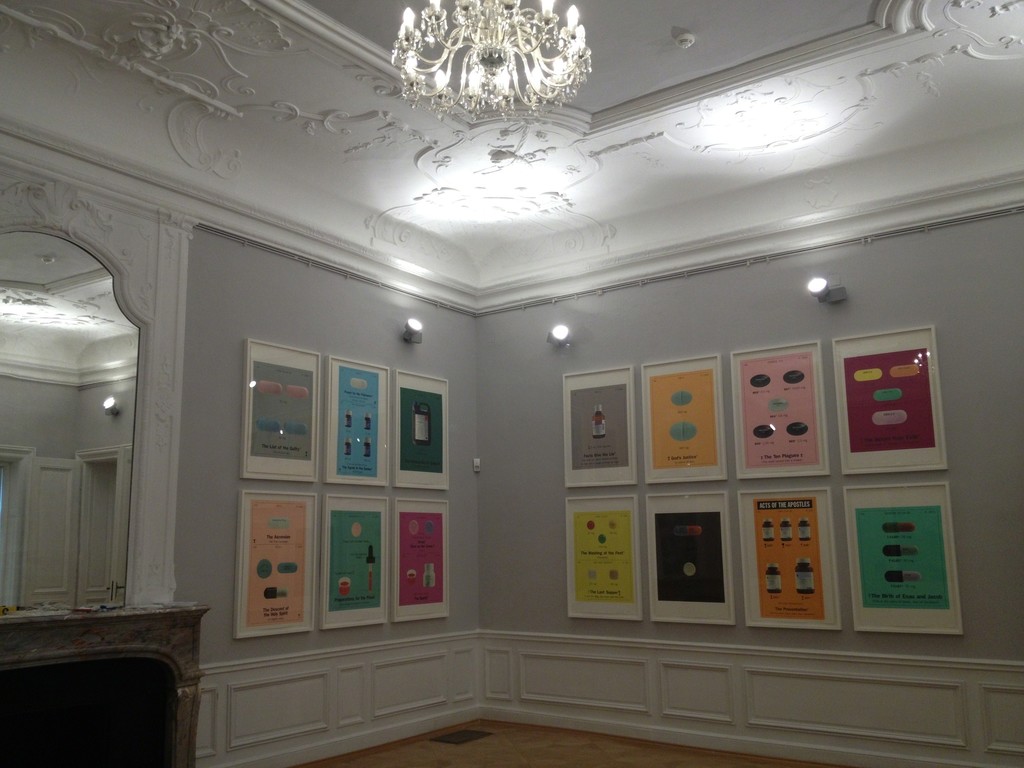 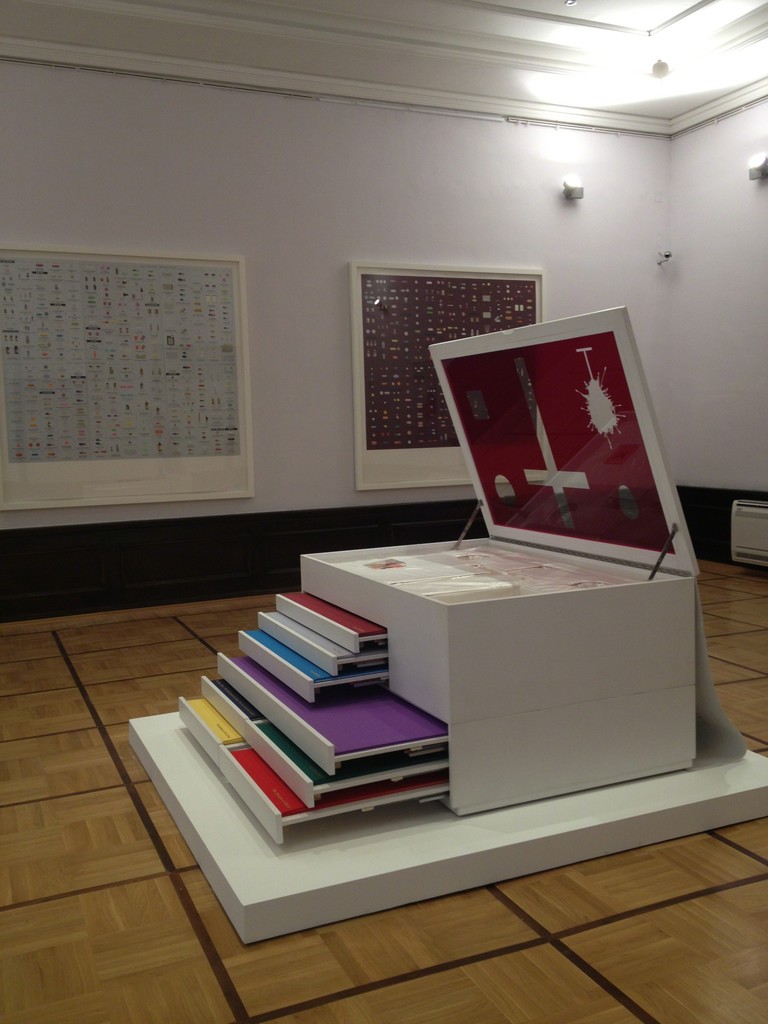 Paul Stolper and Other Criteria are pleased to announce the launch and exhibition of ‘New Religion’, a major new project by Damien Hirst.

“I can’t understand why some people believe completely in medicine but not in art, without questioning either.”(Damien Hirst, 1991)

Throughout the course of Damien Hirst’s career, belief has been at the heart of his work. Early medicine cabinets such as God, 1989, pitched an unquestioning belief in scientific rationalism – the conviction that pills can cure you – against the more subjective belief in religion and the redemptive healing power of God. This equation gave form to Hirst’s disappointment that a belief in art did not exist in a similar manner to the way that God or science might be unquestionably believed in. Without this belief in art, any sense of meaning is dissipated; it being through the artifice of art and its formal structures that the illusions of life can be recognised.
‘New Religion’, Hirst’s latest project, is grounded in belief and extends this outlook in new directions. The different elements that make up ‘New Religion’ form a chapel dedicated to desire, a desire to keep mortality at bay but which can’t help confront death at the same time. Belief in religion and medicine is grounded in this desire, confirmed here by its representation as art; where, for instance, The Holy Trinity is presented as a pie-chart that through logic attempts to prove the wholly unprovable.

The 44 silkscreen prints, and four sculptures that make up ‘New Religion’ work like a fresco cycle – moving from the Creation of the World, through the Stations of the Cross and towards the Last Judgement – that surrounds an altarpiece holding a cedar cross studded with gem- like pills, a child’s skull and a heart wrapped in barbed wire and pierced by needles and razor blades all cast in silver, and a large carved marble pill. Surrounding this tabletop votive display is the print cycle that confirms Hirst’s vision as a marriage of the sacred to the profane. A doctor’s medicine chart – seemingly rational in order and structured to a grid – becomes a new way of reading the Bible. The different stories of miracles and prophecies are not just pictured through the diverse properties of the medicines, they become the names of the drugs that are supposed to cure us. Printed on different backgrounds – silver, a congealed blood red and a bright sunny sky – the rational order of miraculous medicines seems by turns horrific, precious, gem-like and ethereal. Prints of individual pills further underline these themes while other prints of a skull and a butterfly suggest the suspension of life arrested in death. Belief – whether in religion, art or science – is a means of forming a buffer to the fragility and temporary nature of life and provides a way of living in the shadow of death from which it can ultimately offer no actual escape. Belief, like art, is – as Karl Marx recognised with religion – an illusion that shrouds, even postpones reality.

Thirteen sets of the complete series of prints and sculptural objects will each be held in a specially constructed devotional case or reliquary, offering a faint echo of Marcel Duchamp’s strategy of creating a portable museum of his own career in his Boîte-en-valise, 1941-68. ‘New Religion’ does not, however, provide us with a museum of Hirst’s own career, but instead succinctly sums-up and extends his treatment of issues such as belief, mortality, love, seduction and consumption that have steadfastly remained the themes that have dominated his work and given it meaning over the last 15 or more years.