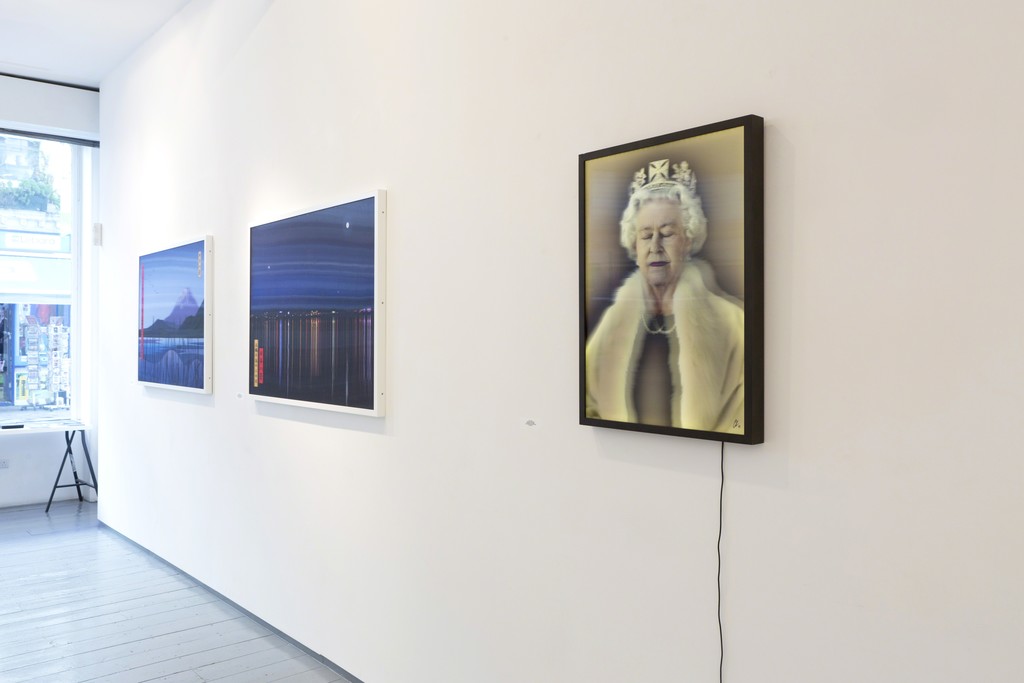 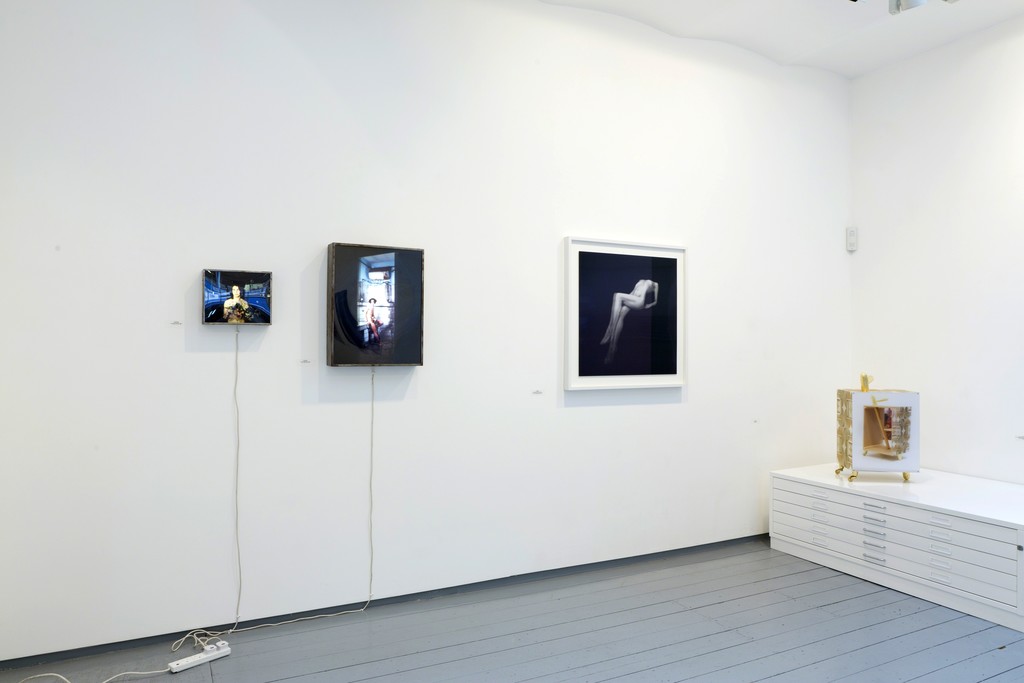 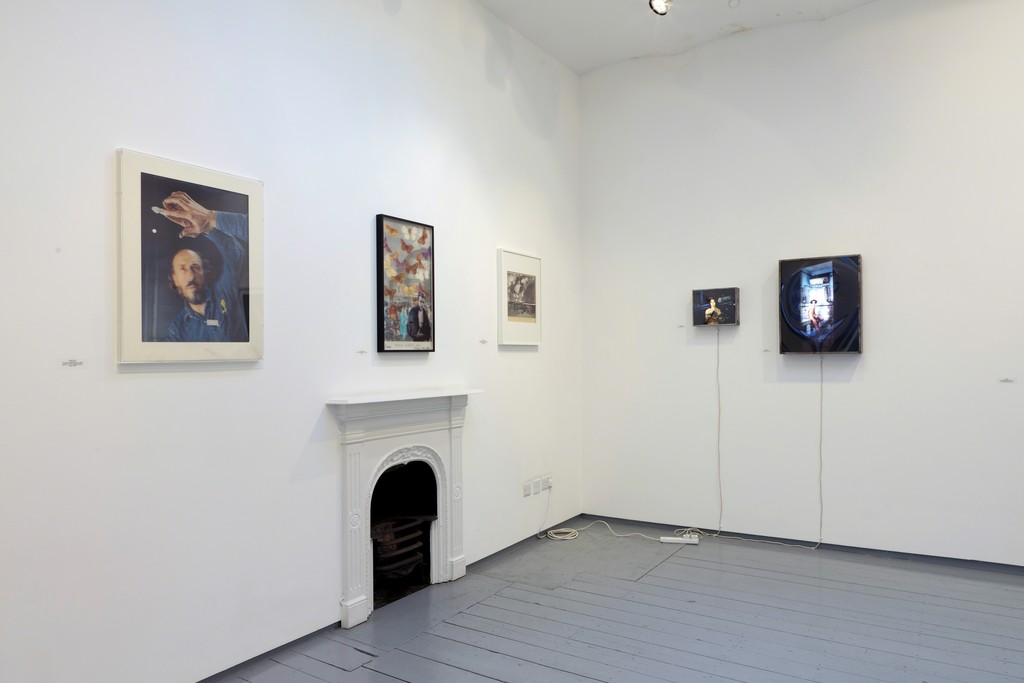 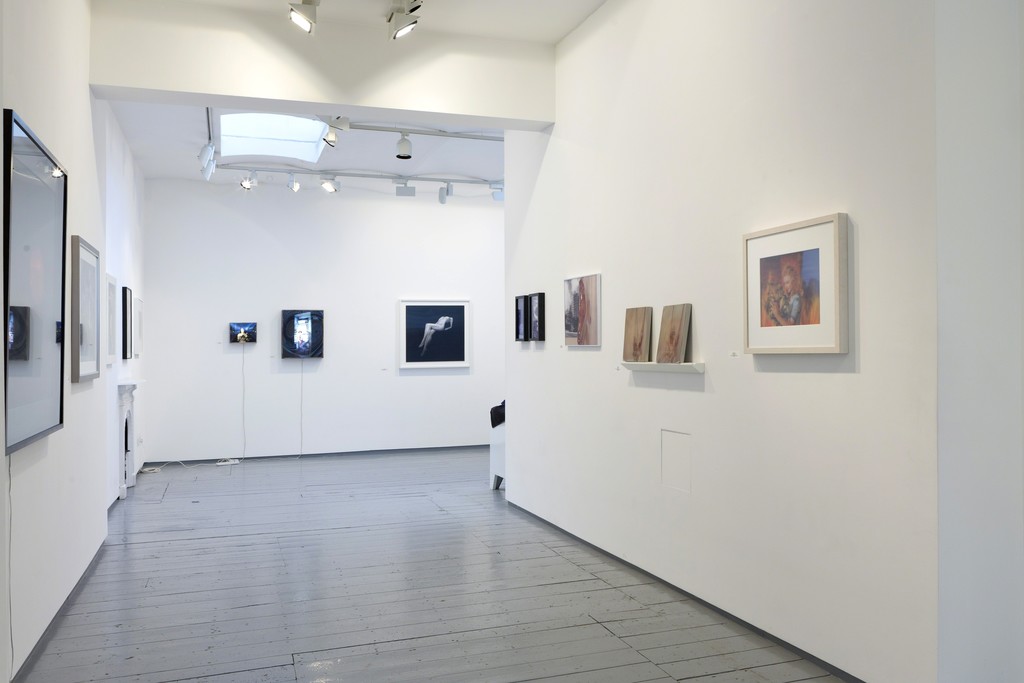 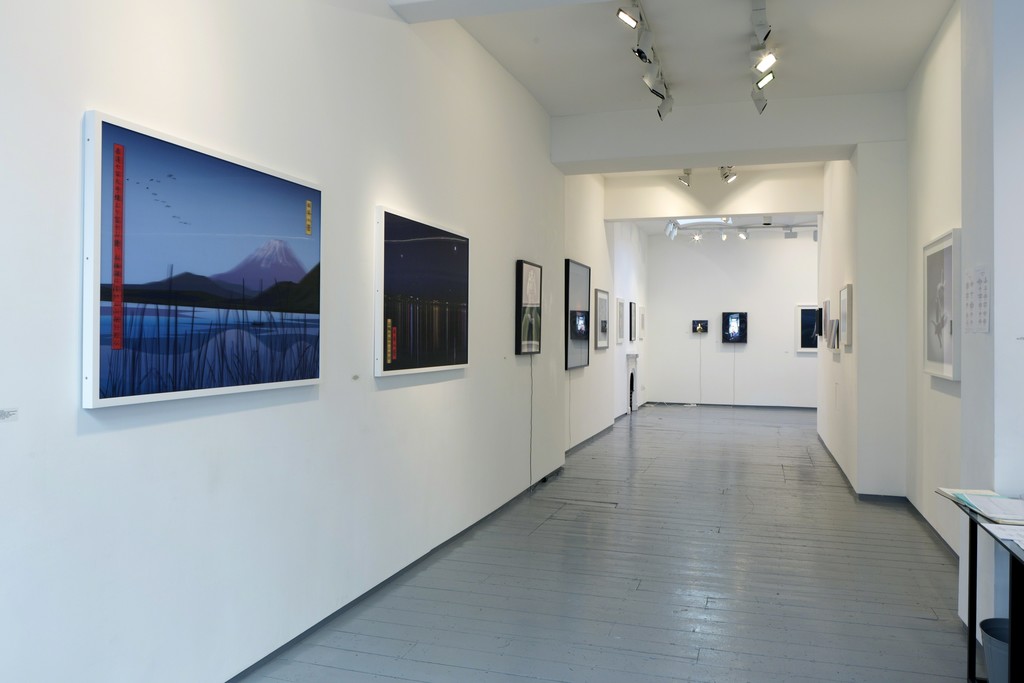 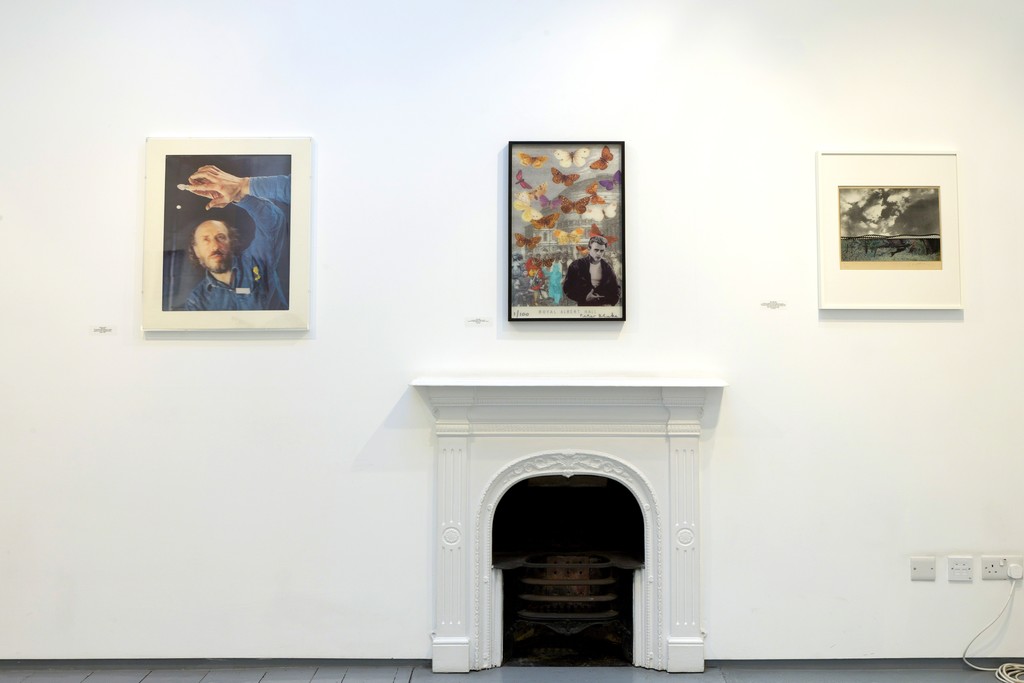 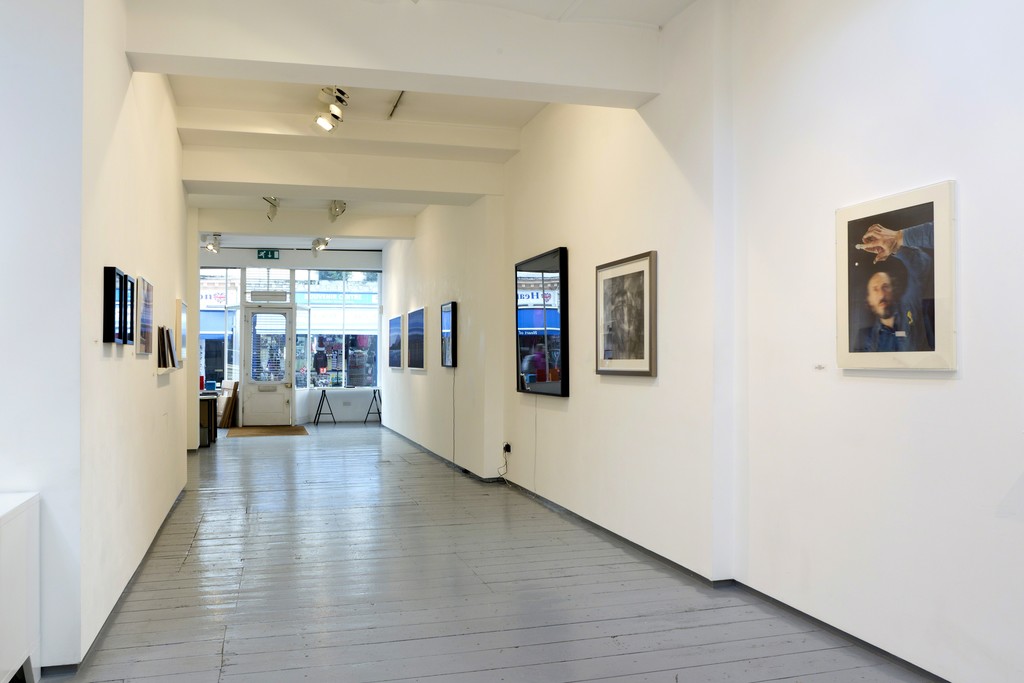 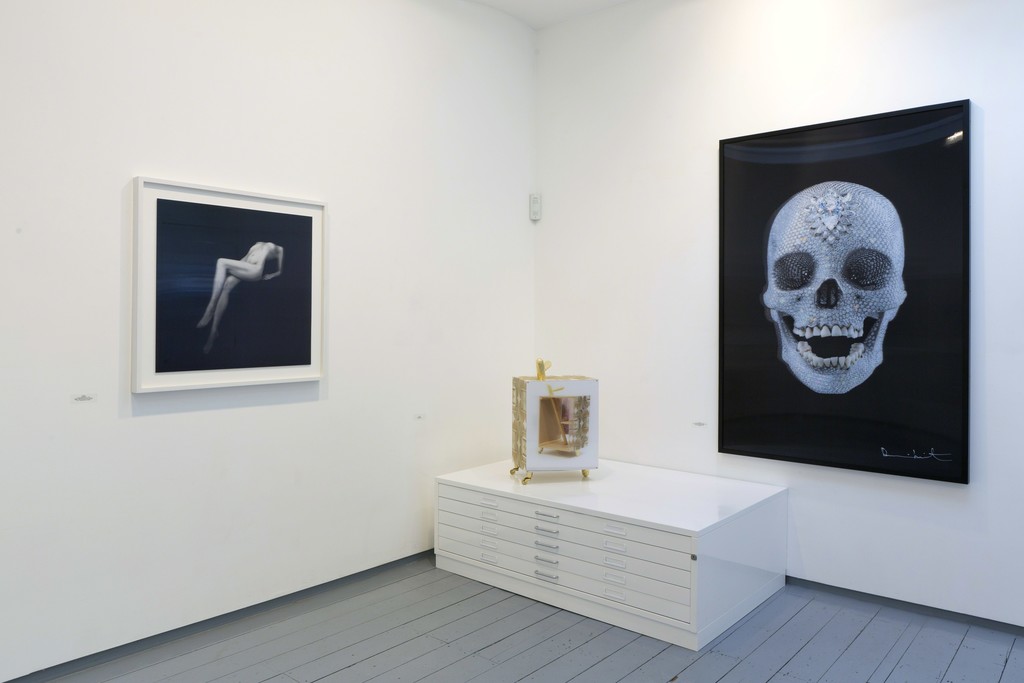 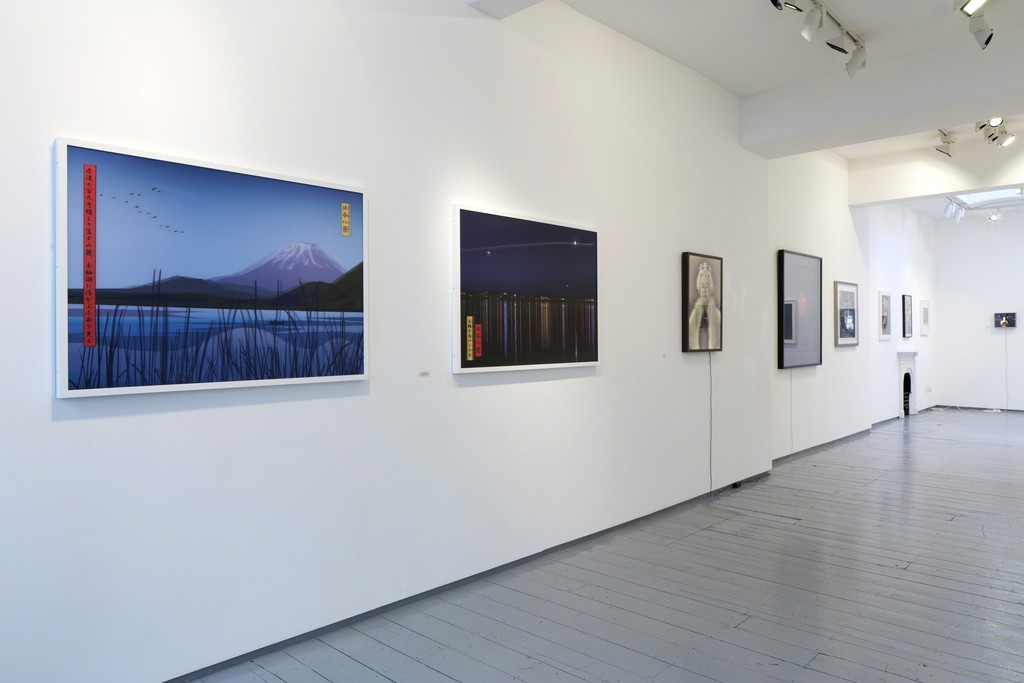 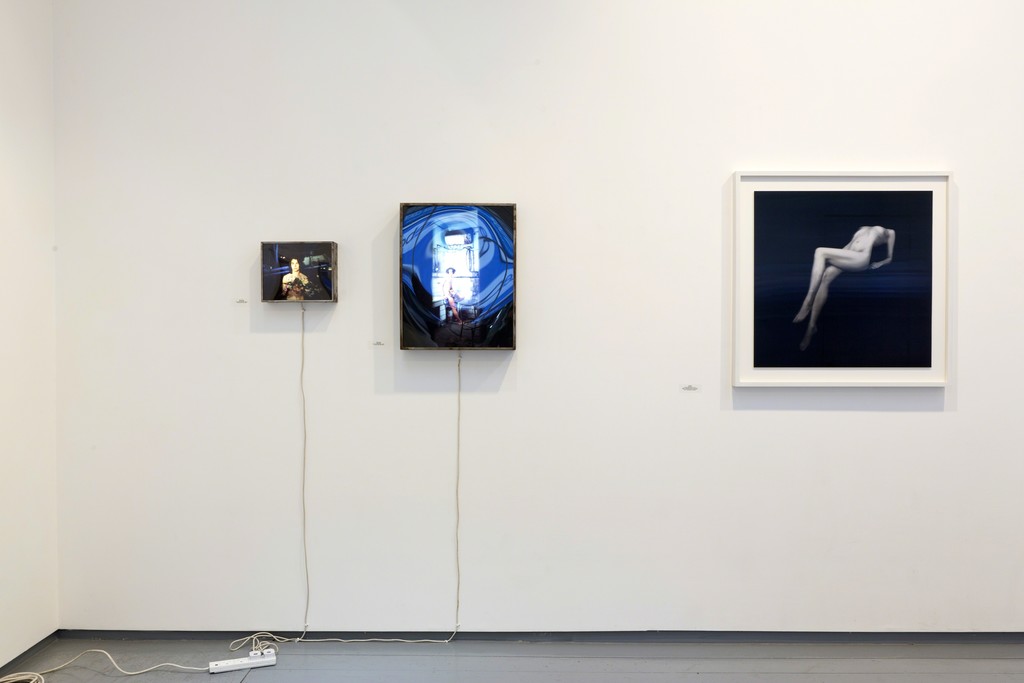 Paul Stolper Gallery is proud to present ‘Instructions: Tilt To and Fro’ a survey of lenticular fine art prints from 1967 to the present. Including both historic and recent examples of lenticular printing as well as newly commissioned works, the gallery is pleased to exhibit works by 17 artists; Yaacov Agam, Matthew Andrews, Peter Blake, Mat Collishaw, Paul Fryer, Richard Hamilton, Sarah Hardacre, Damien Hirst, Nick Knight & Peter Saville, Chris Levine, Roy Lichtenstein, Jon Mitton, Rob Munday, Michèle Noach, Julian Opie and Jeff Robb.
Fascination with the ‘moving image’ stretches as far back as the mid 19th century with the birth of photography and film, and highlights man’s interest with three-dimensional representation in two-dimensional medium. Early examples can be seen in the Victorian era with stereoscopics, a technique for enhancing the illusion of depth by presenting two offset images separately to each eye. The technology for lenticular printing was developed in the 1940’s but gained popularity in the 1960’s and 70’s as novelty items such as campaign buttons, magazine inserts and toys in Cracker Jack boxes. In order to create the three-dimensional effect, a series of two or more images are interlaced and combined with a lenticular lens.
Artists have been exploring three-dimensional imagery for decades as a method of visual manipulation, creating the illusion of depth. Further, it demands viewer interaction. The image only ‘moves’ when it is viewed from different angles. In this sense, the viewer becomes the participant, controlling the speed and sequence of the moving image.
Roy Lichtenstein’s ‘Fish and Sky’ 1967 is the earliest example of a lenticular print in the exhibition. Issued for the portfolio ‘Ten from Leo Castelli’ to commemorate the 10th anniversary of the Leo Castelli Gallery, it combines several different printing techniques and is comprised of a screen print collaged onto a gelatine photographic print mounted together with a lenticular offset lithograph. The work depicts a landscape of sky, mountains and sea, where the underwater scene is lenticular and the mountain range is composed of Lichtenstein’s iconic benday dots.
Julian Opie will also exhibit landscape lenticular works, including ‘View of Moon over Manatsuru Peninsula’ 2009 whereby the lenticular effect conveys a sense of serenity and tranquillity in the landscape. In contrast Australian artist Michèle Noach’s landscapes use lenticular technology to highlight, in a very stark manner, the before and after consequences of global warming on a glacial Norwegian landscape over 100 years.
Richard Hamilton’s ‘Palindrome’ 1974 depicts an image of Hamilton reaching forward and touching a mirror, creating the sensation of depth beyond the plane and highlighting the transition between the physical and the reflected. Speaking of his work Hamilton said ‘reaching for a volume behind the mirror suggested that the use of three – dimensional photography might help to reconstruct that experience.’ (Richter Verlag, Richard Hamilton Prints and Multiples 1939 – 2002)
Like Hamilton, Damien Hirst uses lenticular printing as a means to explore new printing techniques and to represent as close as possible a sculptural object. ‘For the Love of God’, 2012, his first lenticular artwork, is a depiction of the artist’s most iconic work, a diamond encrusted skull. The lenticular print is a method for displaying a three –dimensional object on a two-dimensional surface, but with this work, Hirst has created the ultimate memento mori, the face of the skull rotates, following the viewer around the room. Peter Blake similarly revisits iconic imagery with his newly commissioned ‘James Dean at the Albert Hall’ 2012 Butterflies appear to jump out of the picture plane, mimicking flight and movement.
Also to be included in the exhibition is the lenticular cover of Visionaire issue 27, photographed by Nick Knight and art directed by Peter Saville. The front and back covers depict Kate Moss, styled by Alexander McQueen and Kate England, swinging to and fro.
Sarah Hardacre and Mat Collishaw’s work both juxtapose images of seduction and decay. The former by placing a figure taken from a 1970’s gentlemen’s magazine against a postmodern housing estate, and the latter by depicting young, vulnerable Italian boys within derelict industrial buildings. Hardacre and Collishaw create a deep compositional field of depth, which is heightened by the three-dimensional affect of the lenticular print.
Jon Mitton, Matthew Andrews, Chris Levine, Rob Munday and Jeff Robb work primarily with three-dimensional images while the rest have turned to the medium for a particular theme or project.
Levine created perhaps the most recognizable three-dimensional portrait of the Queen, entitled, ‘Lightness of Being’ in which Her Royal Highness Queen Elizabeth II is shown with her eyes closed. The work was included in ‘The Queen: Art & Image,’ National Portrait Gallery touring exhibition 2012.
Jeff Robb’s ‘Thought Experiments 10’ 2011 depicts a suspended female figure that appears to inhabit a space between ‘this world and the next, between the known and the unknown, between the traditional photographic recording and three dimensional sculptures’ (Jeff Robb, artist statement 2012). The floating figure, falling backwards, ‘almost assuming a crucifixion pose, has a shadow that serenely slides across the floor with wing- like arms.’ The weightless figure remains rooted to this world with her cascading hair and ‘earth-bound’ shadow, highlighting the ‘dichotomy between struggle and serenity’ (Matthew Rake, Jeff Robb Capturing the Invisible).