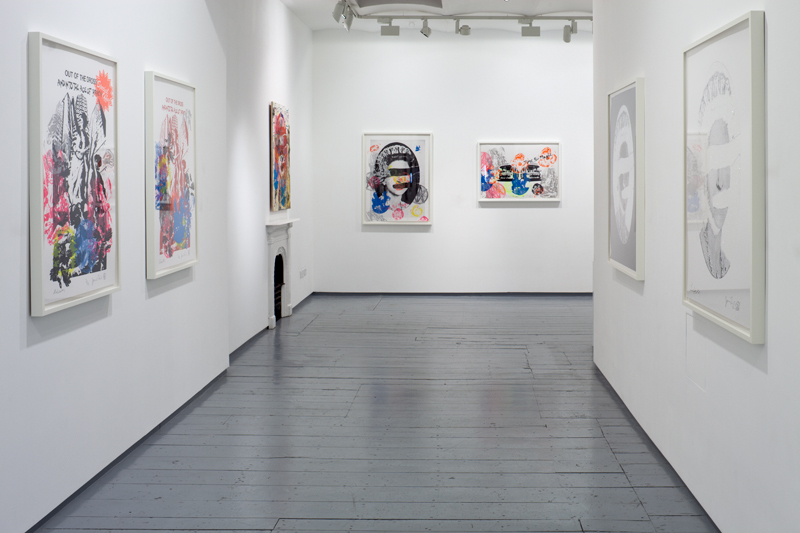 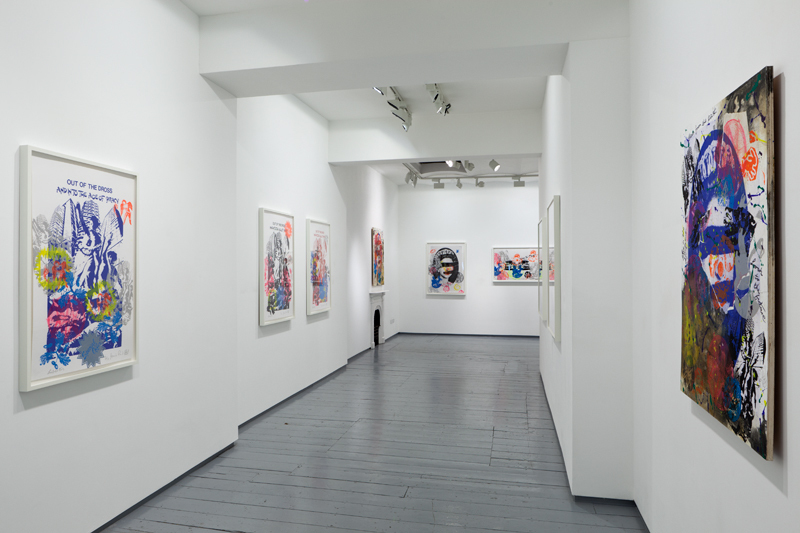 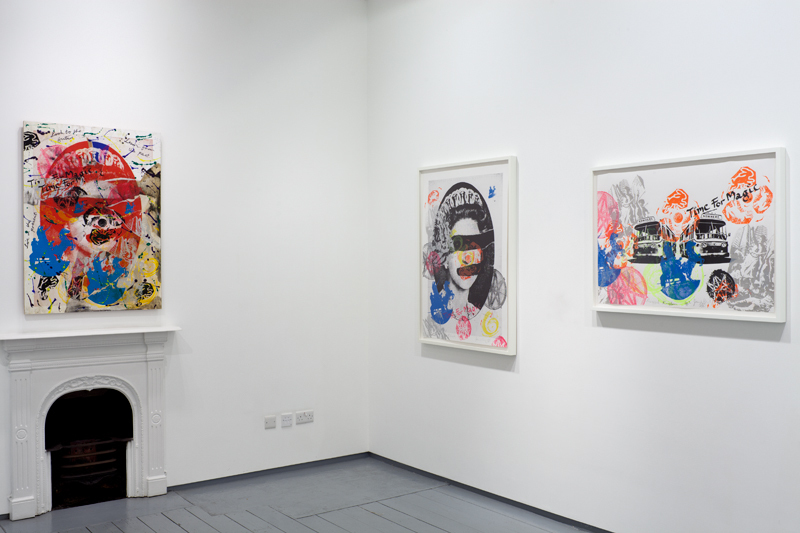 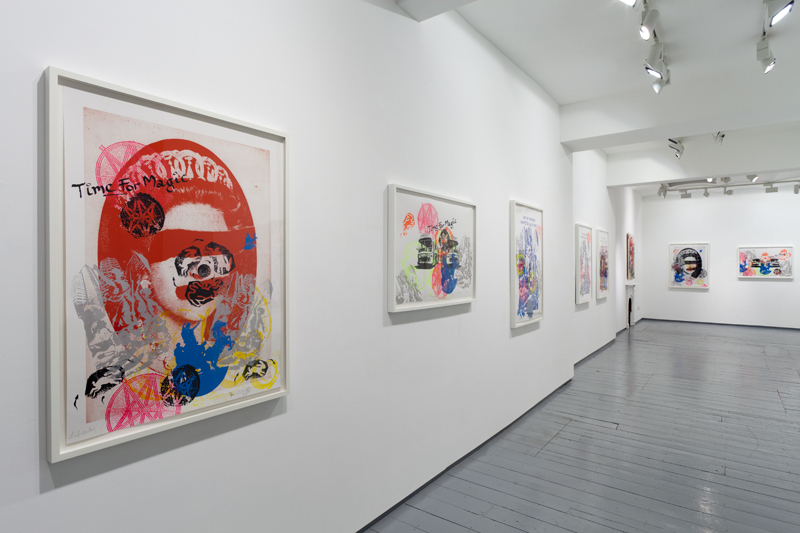 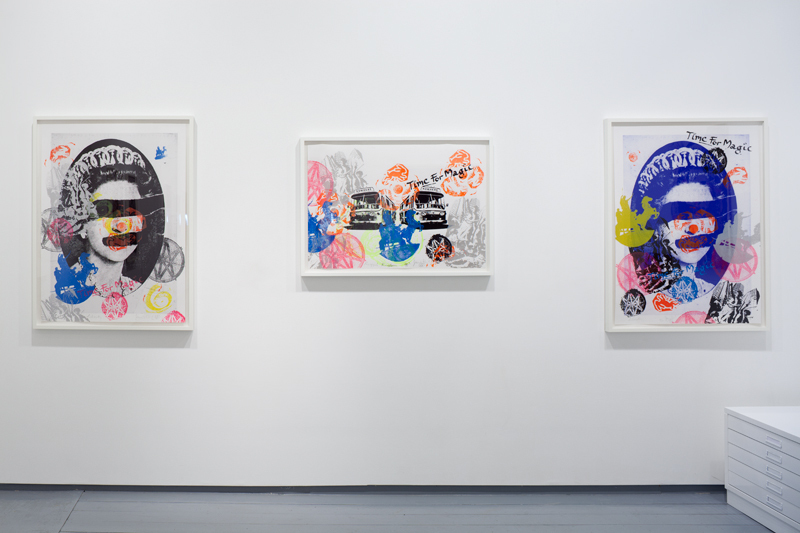 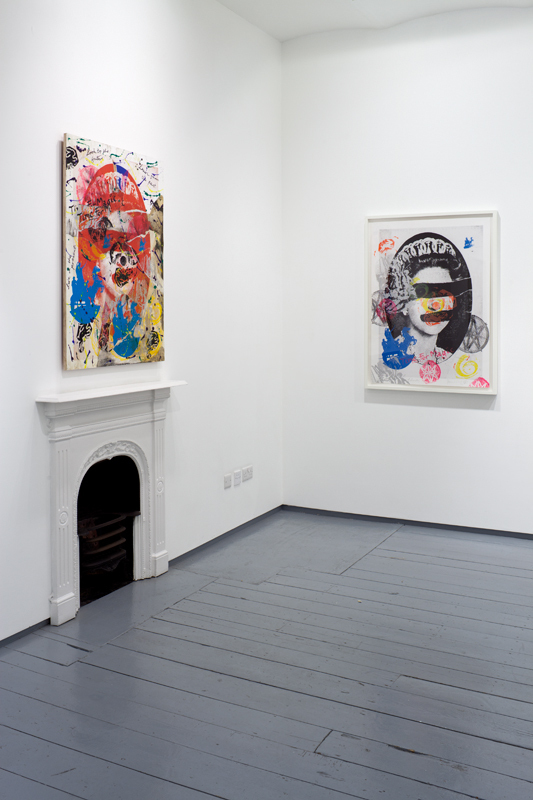 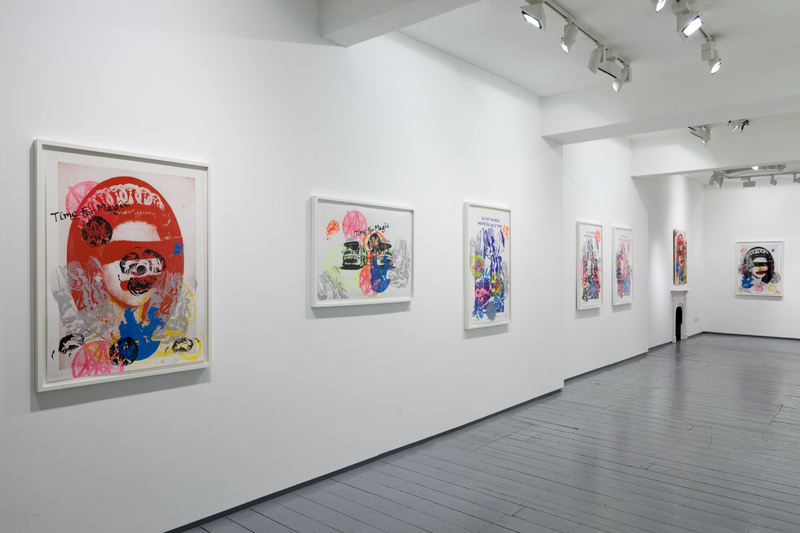 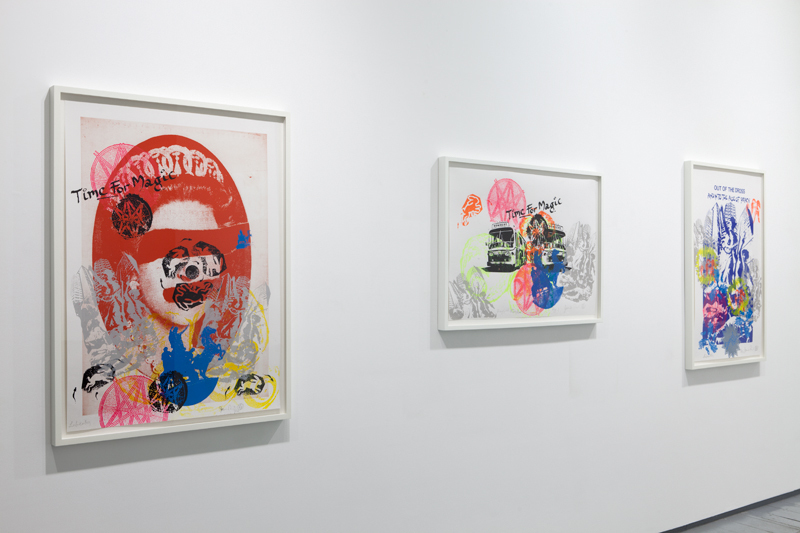 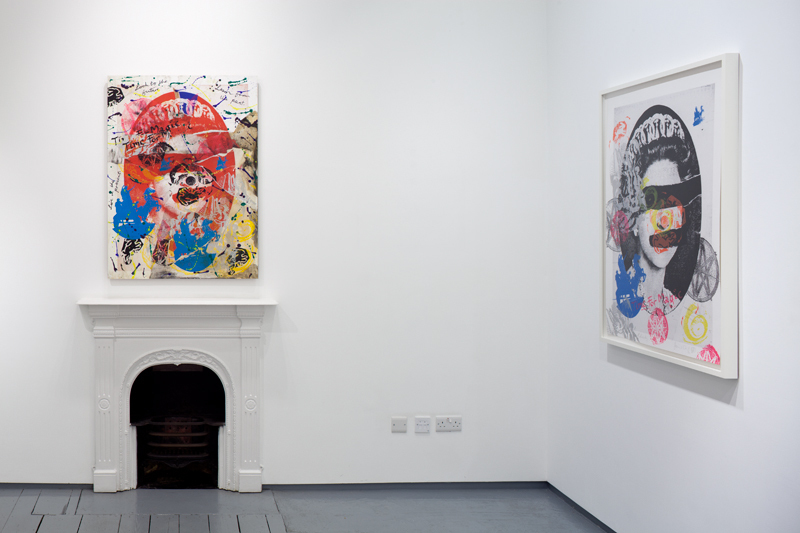 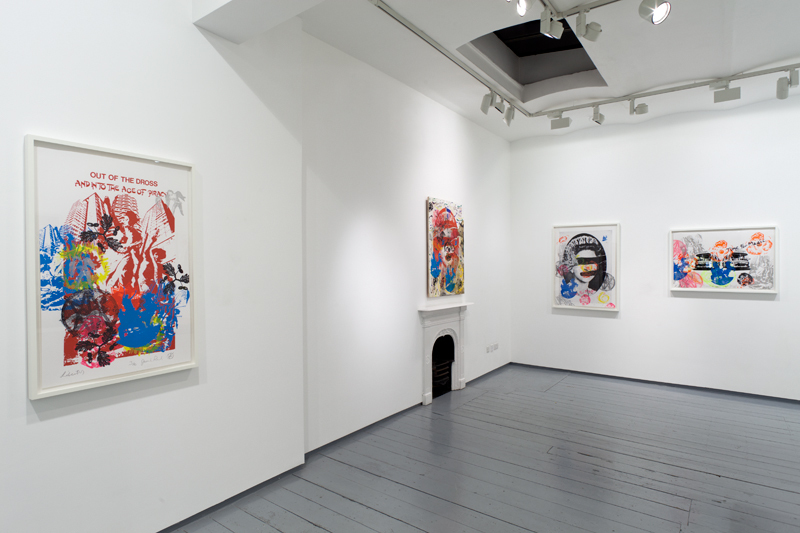 Paul Stolper is pleased to announce Jamie Reid’s exhibition ‘Out Of The Dross -Liberty’. The show is made up of unique works on paper together with sequences of hand-screened works that are perfectly in time with the energetic cacophony of now. In an increasingly visual world the power of the graphic image to define a moment is clear. As political and social reform movements undermine and confront moribund systems of fiscal and cultural entrapment it seems the time is now for artists to step forward. Indeed there has been precious little response from the art community to the crises that surround us.
Jamie Reid’s status as the principal user of Rogue Materials in British Art is undisputed. Tightly conceived and powerfully articulated, Reid’s artwork has always displayed a willingness to seize upon and develop whatever is to hand to create work of energy and immediacy – newspaper cuttings, a cheap photocopier, paint splashes, degraded photographs – images misaligned, contrast pushed and mistakes embraced. Of course there’s a broader story that involves druids, spies, crofting on Lewis, protest movements and allotments in Liverpool. Whatever you think Jamie is, he might be, but he’s probably not.
‘Out of the Dross. Into The Age Of Piracy’. Although the base image and text for this comes from a 1980 campaign for Bow Wow Wow, nothing could be more appropriate for these exciting and volatile times. And Out of the Dross will come Liberty – a word that neatly summarises everything Jamie’s been about from the beginning - Beaton’s Queen of course represents the dying Old Order. Now is ‘The Time For Magic’.
Taking base images that cement the foundations of Jamie’s reputation and covering them with symbols and glyphs that represent the wider spectrum of his visual register is a confounding yet liberating technique – it’s a celebration and a cathartic trashing at the same time. The symbols themselves include Boudicca shaking her spear at the Houses of Parliament, the Hare – symbol of free thinking, the Oak Leaf representing our heritage and the cycle of the year, Delacroix’s Liberty Leading the People in revolt, framed by the towers of Croydon (symbol of oppression by self-serving governments both local and national). This last image predates Jamie’s flash point with the Pistols and comes from the visually prescient Suburban Press period (1970-1975). Boudicca was used principally for the ten year installation cycle at the Strongroom Studios in Shoreditch (1989-1999), and the oakleaf refers to a lifelong association with the Druid movement (his great uncle George Watson Macgregor Reid was the chief druid of the British Isles. The Hare is a direct signal to Joseph Beuys and the aims and objectives of the Free International University.

"Economics is not only a money making principle. It can be a way of production to fulfill the demands of people all over the world. Capital is human kind's ability in work, not just money. Thus economics includes the creativity of people. Creativity equals Capital", Joseph Beuys.

Of course the commodification of artwork is a double-edged sword. In acknowledgement of this, 50% of the artist’s profits from the sale of these works will go directly to support the work of the Occupy London movement.

As well as these unique works Jamie will also be exhibiting a series of diamond dust editions that parody the most famous Reid image of all. You know what it is...Looting the Loot...Cash from Chaos...Liberty!