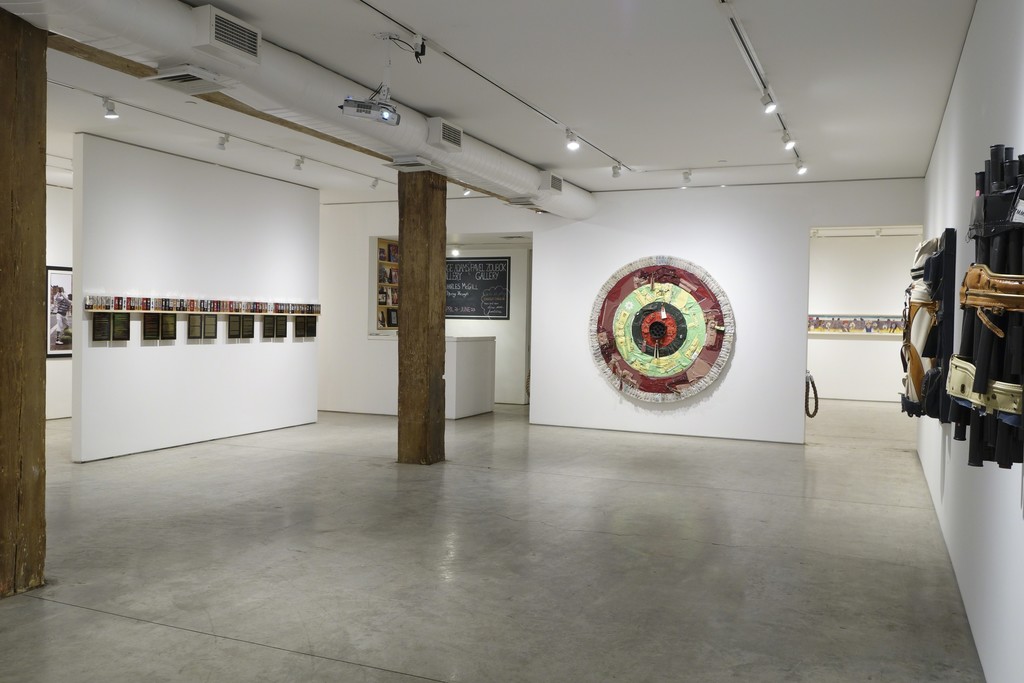 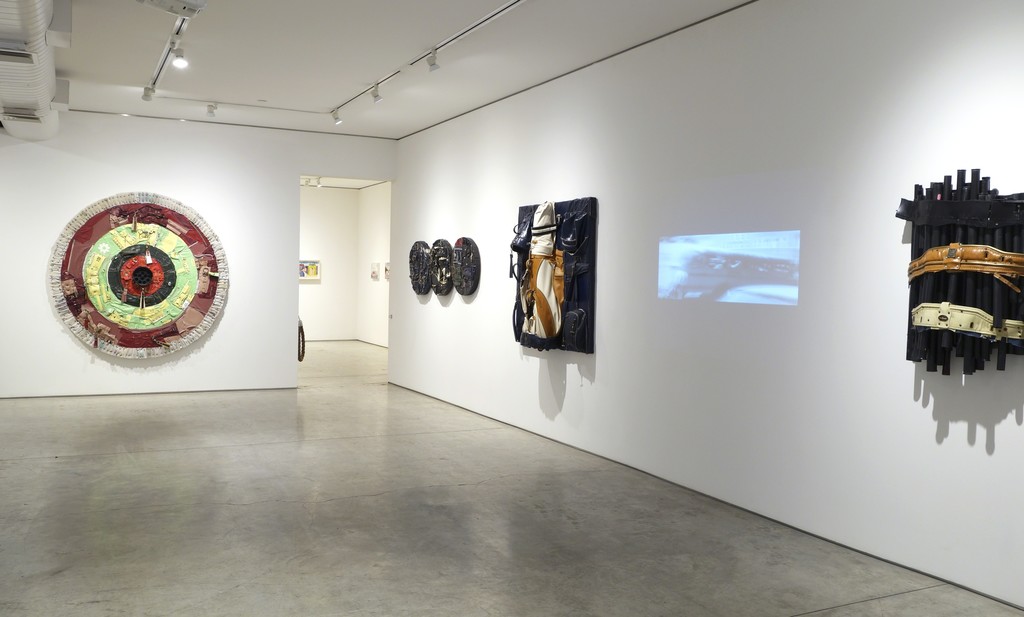 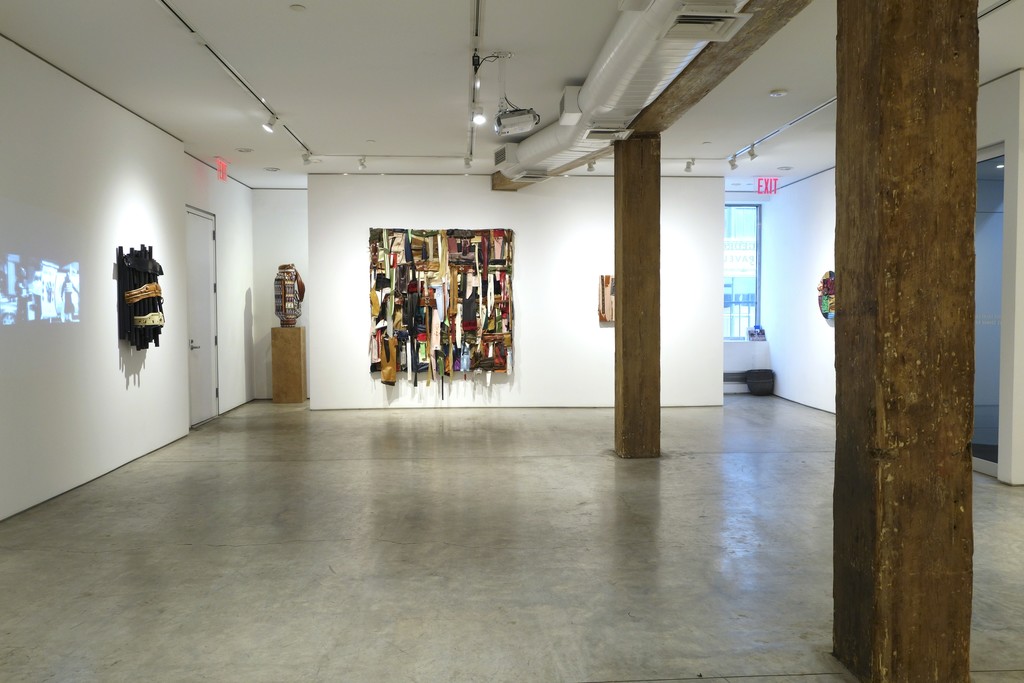 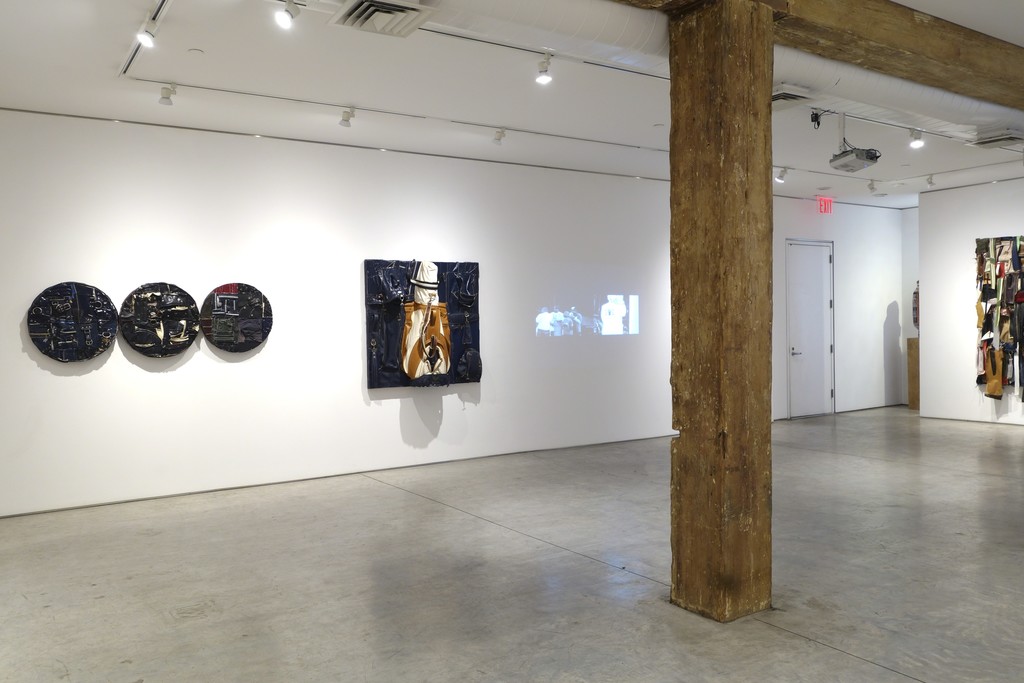 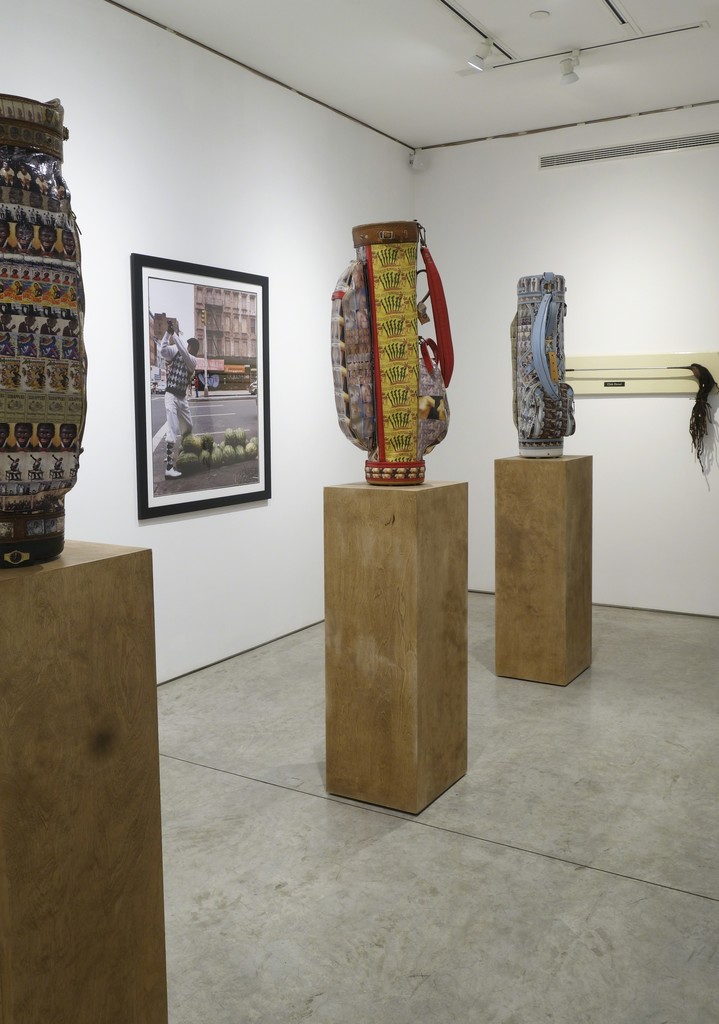 Pavel Zoubok Gallery invites you to Playing Through, a memorial exhibition celebrating the art and life of gallery artist CHARLES McGILL (1964-2017) who passed away last summer at the age of 53. Trained as a figurative painter, McGill was best known as a sculptor, creating powerful assemblages of vinyl, leather, plastic and hardware culled from cast-off golf bags. By repurposing this loaded cultural symbol, his works not only evoke an intense visceral response through the process of ripping, cutting and manipulating the materials, but a social one by addressing class inequality and racial injustice. McGill’s abstractions obliquely but emphatically demand that we take a closer look at structural racism in America. In the essay “This Isn’t a Game” for the Boca Raton Museum of Art’s retrospective catalogue Front Line, Back Nine, LeRonn P. Brooks writes:

History is what we carry but culture is what we perform. McGill’s assemblages envision the aesthetic possibilities of cultural memory. Through his work, the artist suggests that art can be a transformative site for discussions of race, class and the material-histories that represent both. As both subjects and protagonists, his assemblages offer important questions of contemporary art’s responsibility to society. They are made through a laborious process that reveals the tensions tearing us apart, as well as those pulling from us, piece by piece.

The title Playing Through comes from a series of performances that began in the late 1990s where McGill, who himself was an avid golfer, golfed his way through Harlem dressed as the fictional character Arthur Negro the founder of the World’s First Black Militant Golf and Country Club, a satirical social club for post-militant radical activists. The video piece Progress (FBMGCC) with clips from Playing Through Harlem, 2007 will be on view. This title is also a reminder that even after death his legacy both on the “front line” and on the “back nine” will continue to be preserved.

Charles McGill exhibited in numerous galleries and museums, including the Wadsworth Atheneum, Lehman College Art Gallery, The Baltimore Museum of Art and the Virginia Museum of Fine Art. His performances, sculptures and installations have met with critical praise from Art in America, The International Review of African American Art, The New York Times, The Brooklyn Rail and Artnet Magazine. He has been awarded grants from the Pollock-Krasner Foundation, New York Foundation for the Arts and Art Matters. Additionally, he was a Fellow at the Virginia Center for the Creative Arts and Artist-in-Residence at the Museum of Arts and Design. In 2016 his first solo museum exhibition, Front Line, Back Nine (curated by Kathleen Goncharov), opened at the Boca Raton Museum of Art. In addition to his art practice, McGill was a beloved educator, most recently at the Borough of Manhattan Community College (BMCC/CUNY).