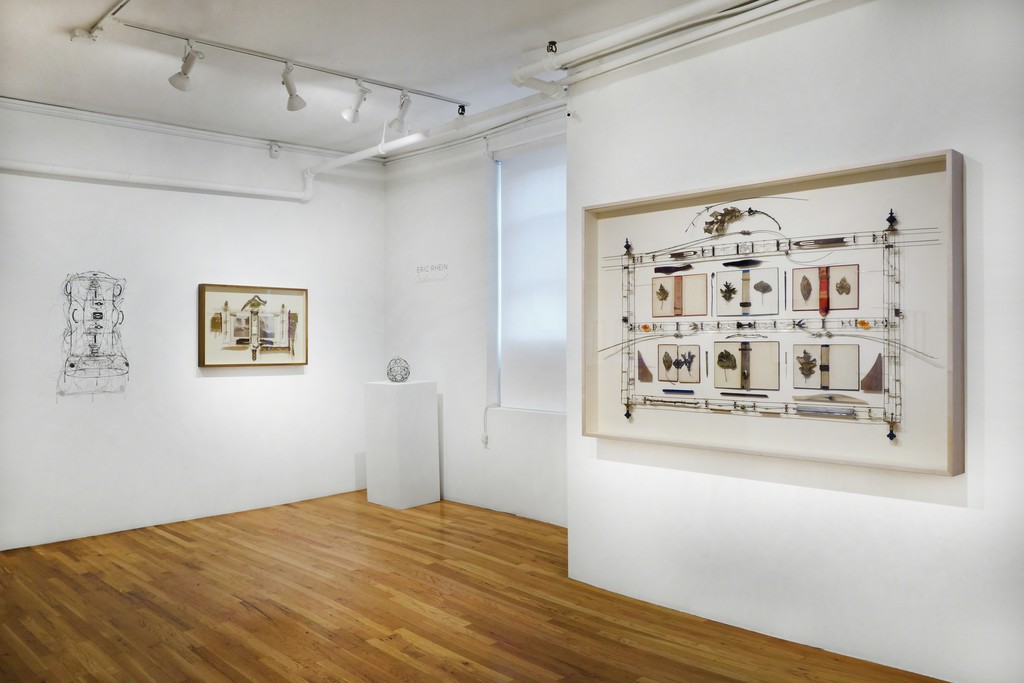 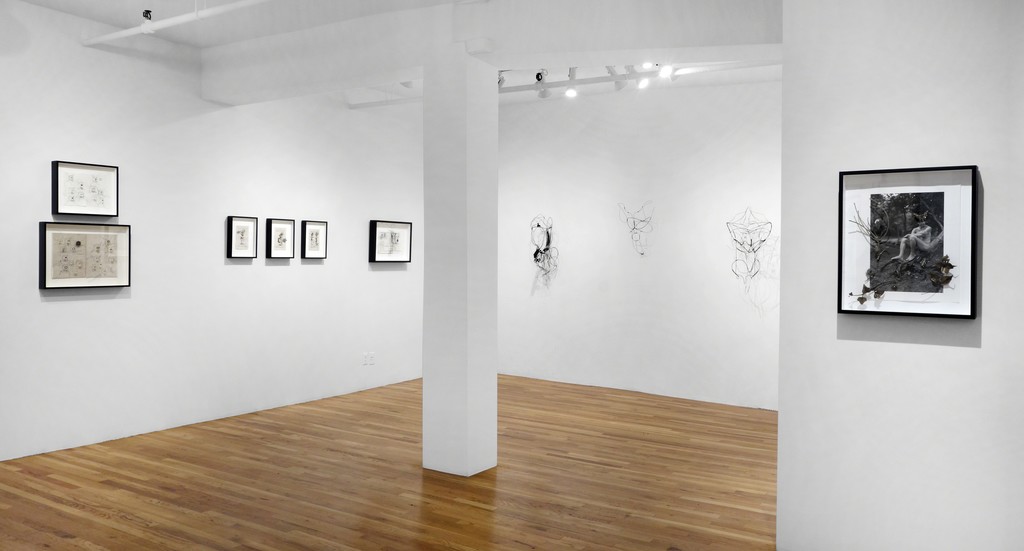 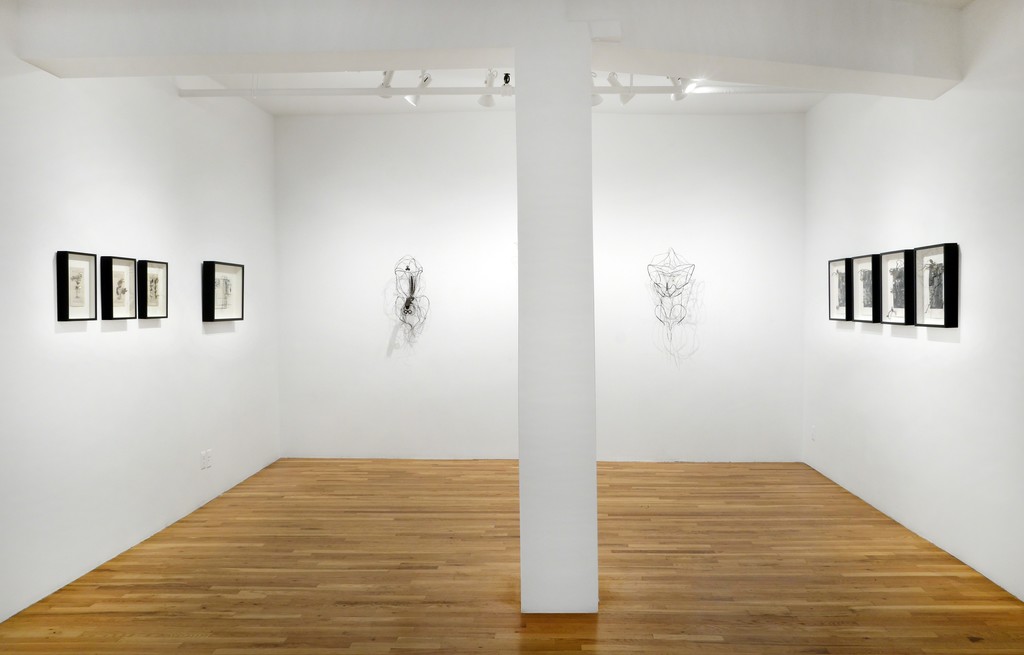 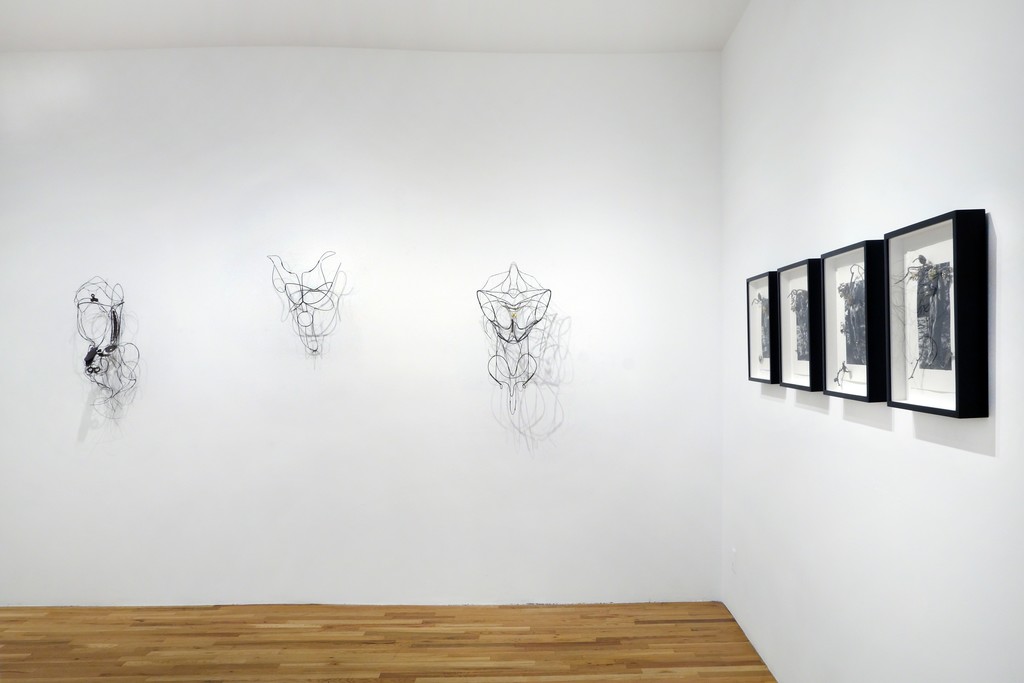 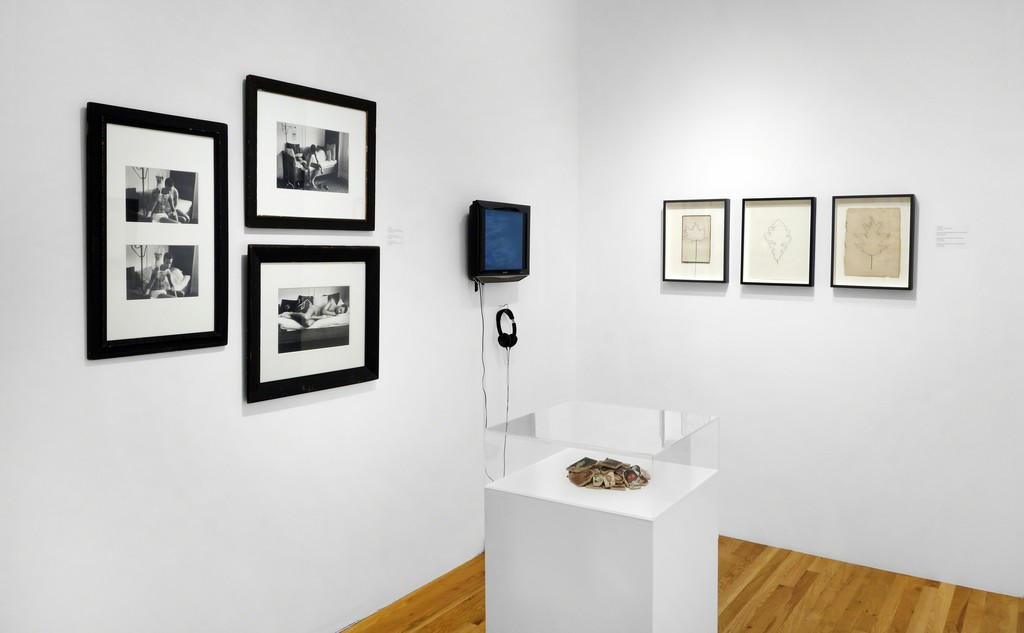 Eric Rhein arrived in New York in 1980 and became a part of the rich fabric of the East Village scene, which included friends and colleagues such as Greer Lankton, Peter Hujar, Luis Frangella, Keith Haring and David Wojnarowicz. The first works he made in New York, his butterfly puppets, constructed for George Balanchine, sparked an exploration of wearable sculptures, which were exhibited internationally and collected by the likes of Holly Solomon and Muriel Kallis Steinberg Newman.

Featuring work created over the last three decades, Ordained emphasizes the tactility, mysticism and intransigent beauty of nature, a material lexicon nurtured during Rhein’s childhood summers in the Appalachian Mountains in Kentucky. In The Order, 2006-2015, gold-filled, silver and copper wires form cellular structures where antiquarian book covers, crystal prisms, salvaged hardware and cast bronze leaves are harmoniously composed. Gathered from locations as varied as Japan, Thailand, France and the streets of New York City, the materials in The Order are a record of Rhein’s travels to physical and liminal spaces. The act of charging cast-off objects with a new vitality mirrors the artist’s own spiritual rebirth, experienced through his own evolving relationship with HIV.

After his diagnosis in 1987, Rhein became acutely aware of the possibility that the virus within him could coexist with a life of vibrant creativity. He made the decision to publicly exhibit as an HIV+ artist in 1992, exploring themes of vulnerability, resilience and transcendence. In 1996, the year protease inhibitors restored Rhein’s physical vitality and changed the landscape of HIV treatment, he began the ongoing series Leaves, honoring the lives of over 250 men and women he knew who died of complications from AIDS and whose lives still inform his practice.

Eric Rhein received his BFA and MFA degrees from the School of Visual Arts, New York. His work has been exhibited at the Victoria and Albert Museum, London; The New Art Gallery Walsall, England; Pera Museum, Istanbul; the Addison Gallery of American Art, Massachusetts; Morris Museum, New Jersey; the Islip Art Museum, Islip, New York; the Leslie Lohman Museum of Gay and Lesbian Art, New York; Portland Museum of Art, Oregon; Johnson & Johnson World Headquarters and the Smithsonian’s traveling exhibition Millennium Messages, among others. Rhein has received grants and fellowships from the Pollock/Krasner Foundation, Edward Albee’s “The Barn” and The MacDowell Colony. His work is featured in the traveling exhibition Art AIDS America curated by Jonathan David Katz and Rock Hushka, which will open this year at the Tacoma Museum of Art and The Bronx Museum. This is Rhein’s first solo exhibition at Pavel Zoubok Gallery.