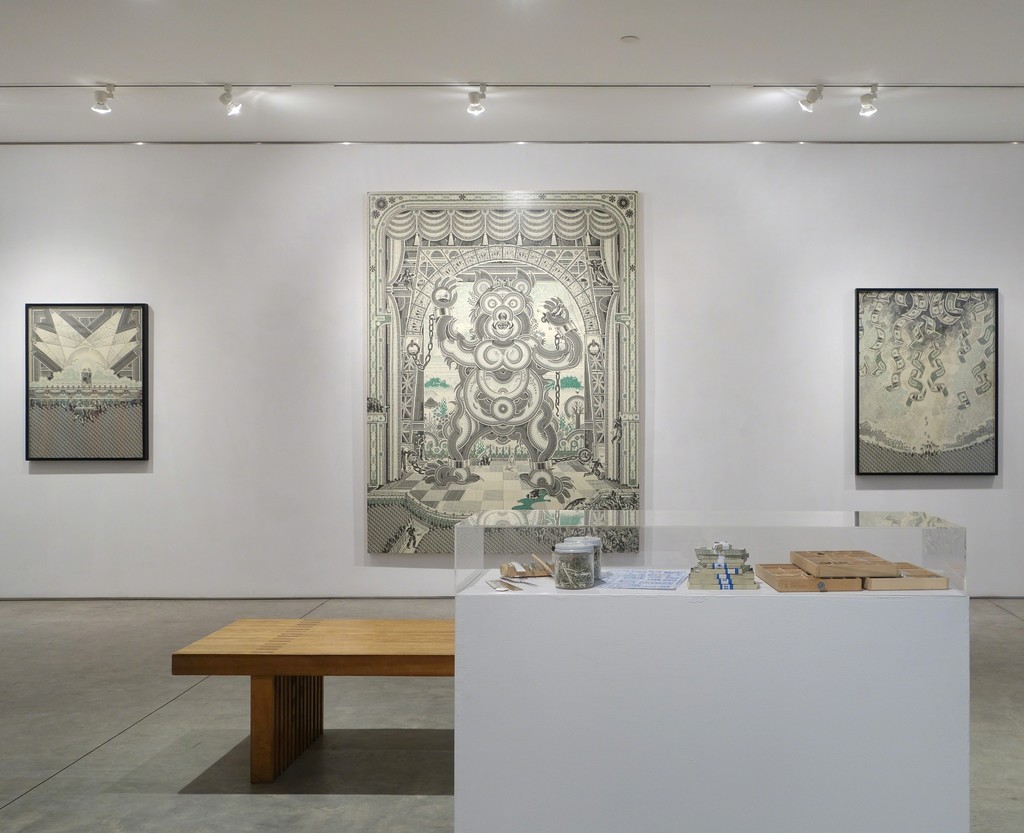 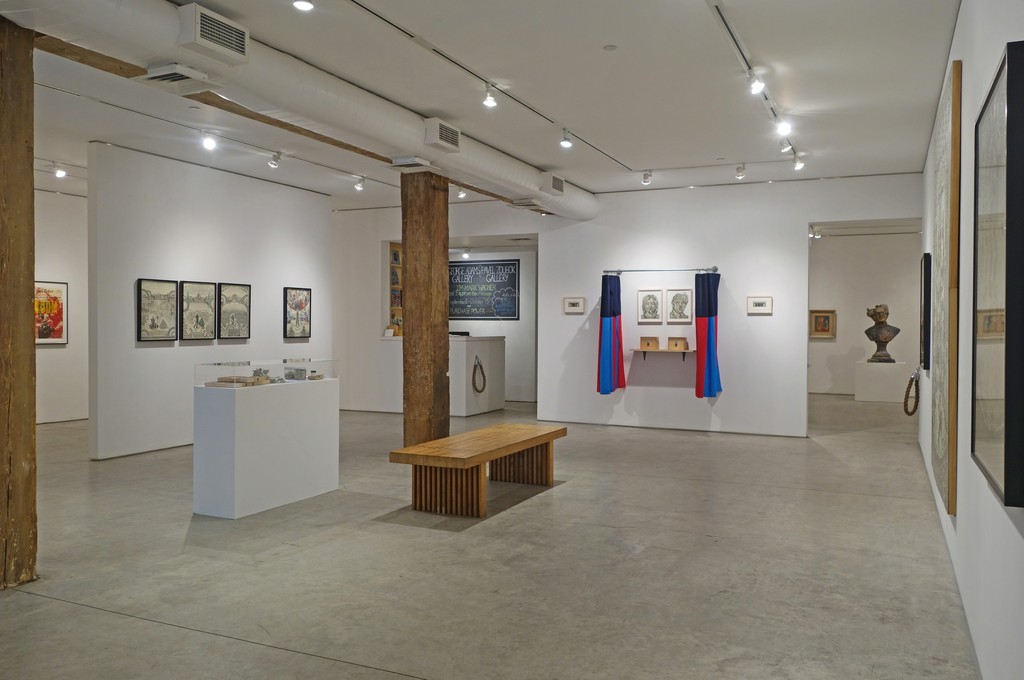 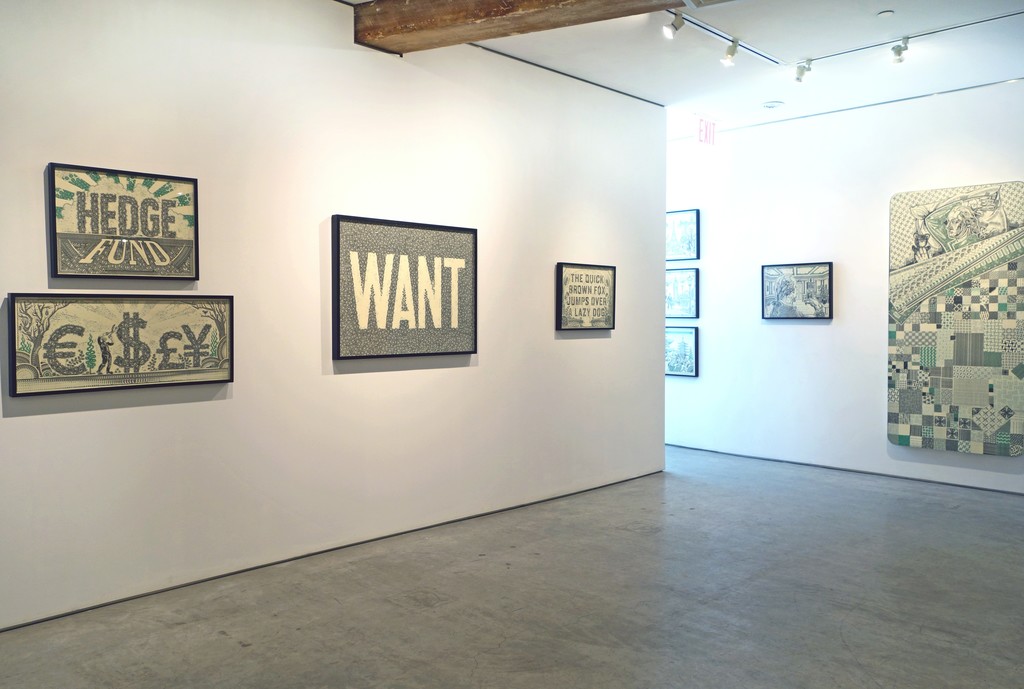 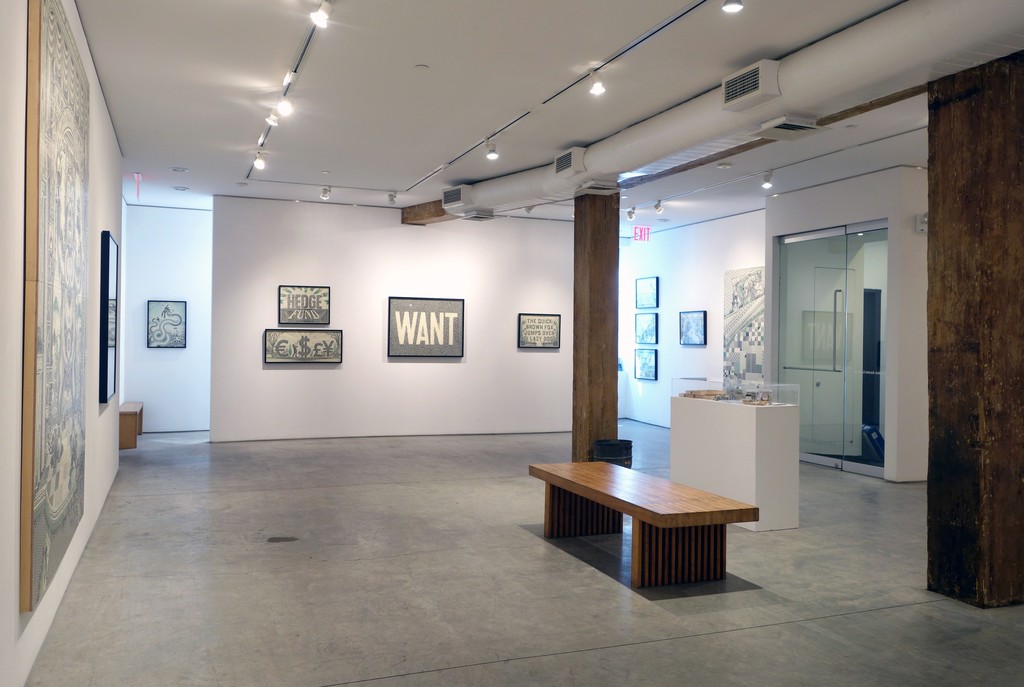 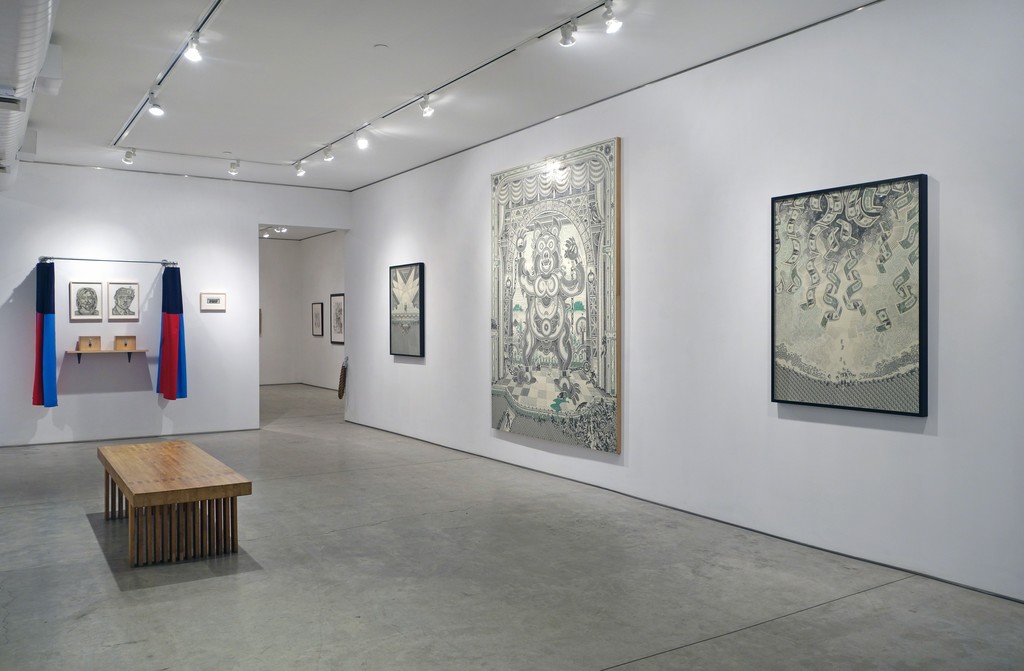 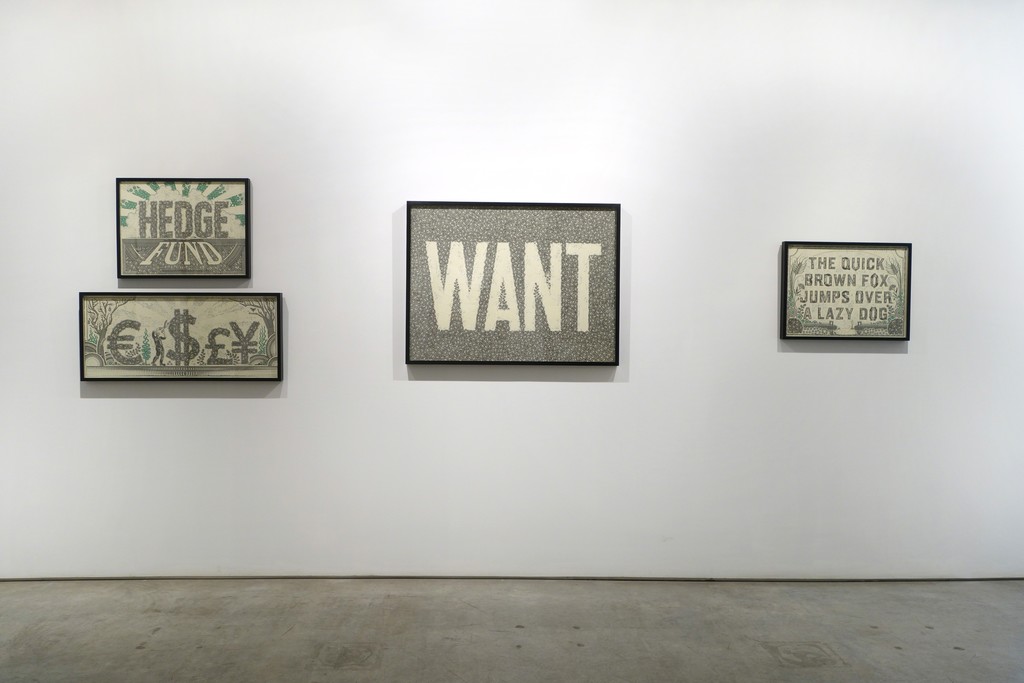 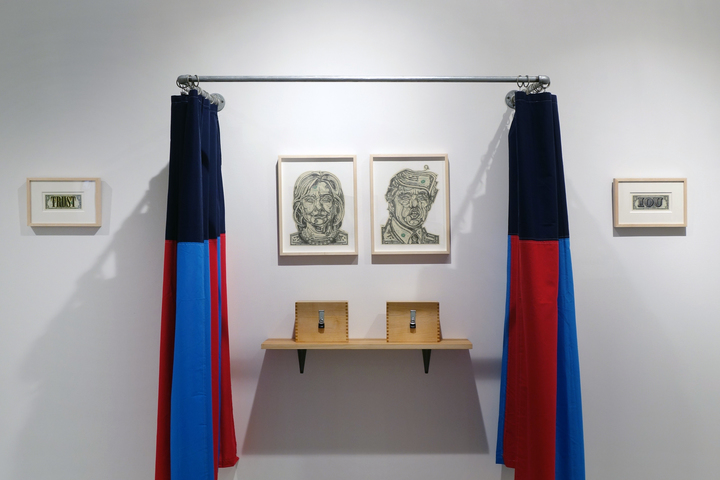 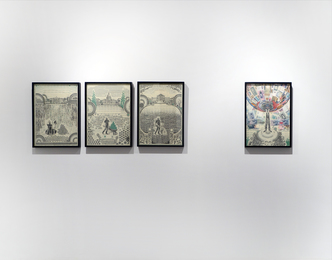 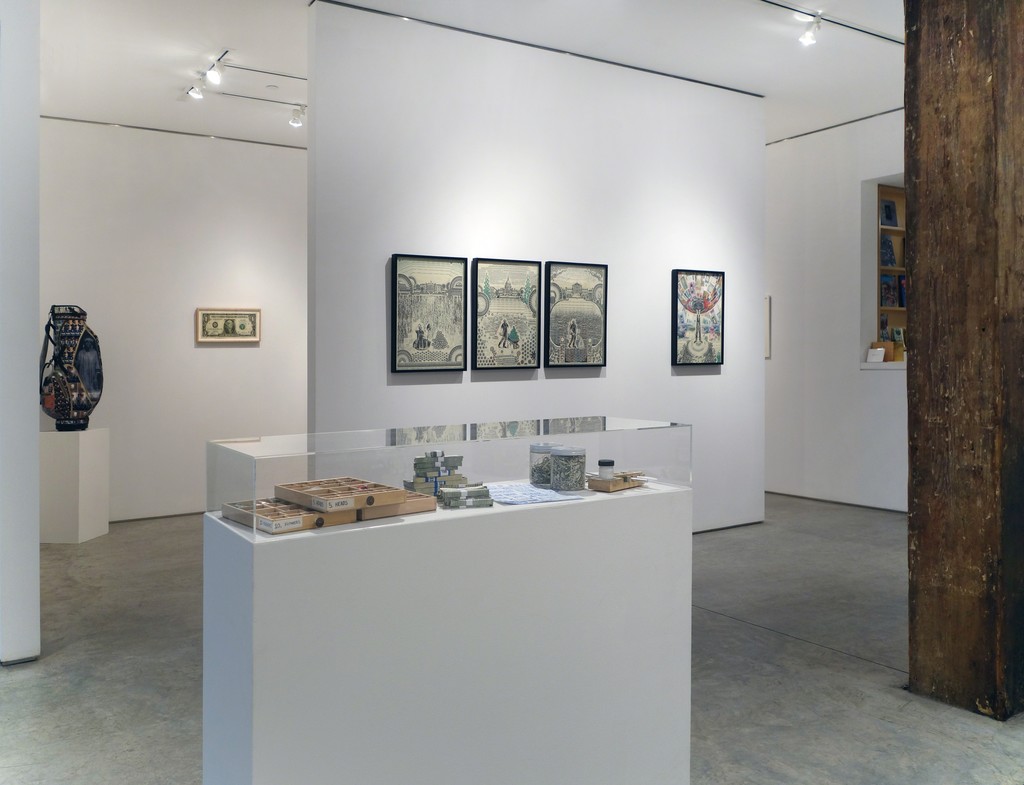 Pavel Zoubok Gallery is pleased to inaugurate the season with I’m Mark Wagner and I Approve This Message, a solo exhibition of new currency collages that keenly and playfully explore the intersections of wealth, power and democracy during this tumultuous election season. In addition, the gallery will present a group exhibition, PURCHASE POWER, further mining the established and hotly debated marriage of money and politics.

When Mark Wagner first emerged onto the New York scene in 2008, his collages made from U.S. dollar bills elicited responses ranging from astonishment over the virtuoso manipulation of material, to outright shock at the audacious destruction of this revered icon of American commerce. His provocative imagery, always delivered with a wink and a nod, resonated with an audience still reeling from the economic downturn, and captured something fundamental about our complicated relationship to the almighty dollar.

I’m Mark Wagner and I Approve This Message finds the artist diving headfirst (George Washington’s head that is) into the most bizarre election cycle in modern history. Wagner’s collages speak to the anxiety, theatricality and deep divisiveness of our current political discourse in ways both astute and void of didacticism. The largest of his new works, Ladies and Gentlemen There is No Cause for Alarm, measures in at 8 x 6 feet and required over 1000 dollar bills to create. The scene reminds us of King Kong as a monstrous bear breaks free from its chains, about to rampage through a theater of terrified Washingtons. A series of foreign relations and foreign currency collages seem to comment directly on Brexit and American trade-policy rhetoric. But like the best of collagists, Wagner leaves his viewers to draw their own conclusions, hence the empty podium in Hail To The Chief. Among the most intimate works, are portraits of the two presidential candidates, Hillary Billary and Dollar Donald, the latter of which will be ceremonially burned and reframed by the artist during the run of the exhibition.

Mark Wagner’s work has been widely exhibited and is in the collections of the Museum of Modern Art, The National Portrait Gallery, Walker Art Center, the Library of Congress, The Metropolitan Museum of Art, The Getty Research Institute, and The Brooklyn Museum, among others. Recent exhibitions include Crystal Bridges, Bentonville, AR; the National Portrait Gallery, Washington, D.C.; the Faulconer Gallery at Grinnell College, Iowa; Bellevue Arts Museum, Washington, and the Oakland University Art Gallery, Michigan. His work has appeared in numerous publications including Harpers, Newsweek, The Wall Street Journal, The Baffler and a major campaign for the New York State Lottery. This is Wagner’s sixth solo exhibition at Pavel Zoubok Gallery.