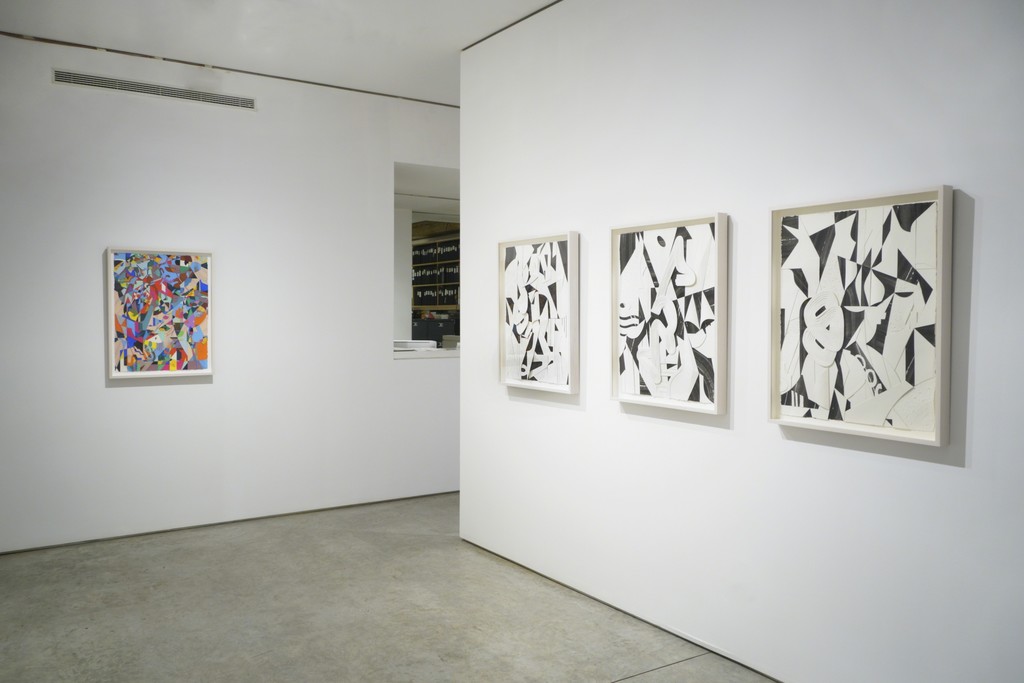 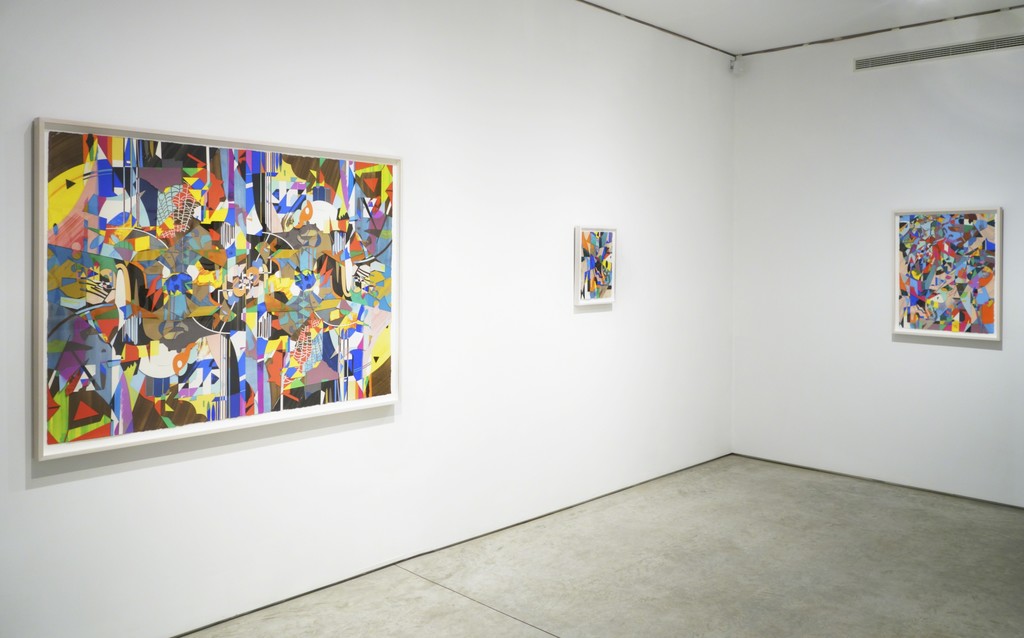 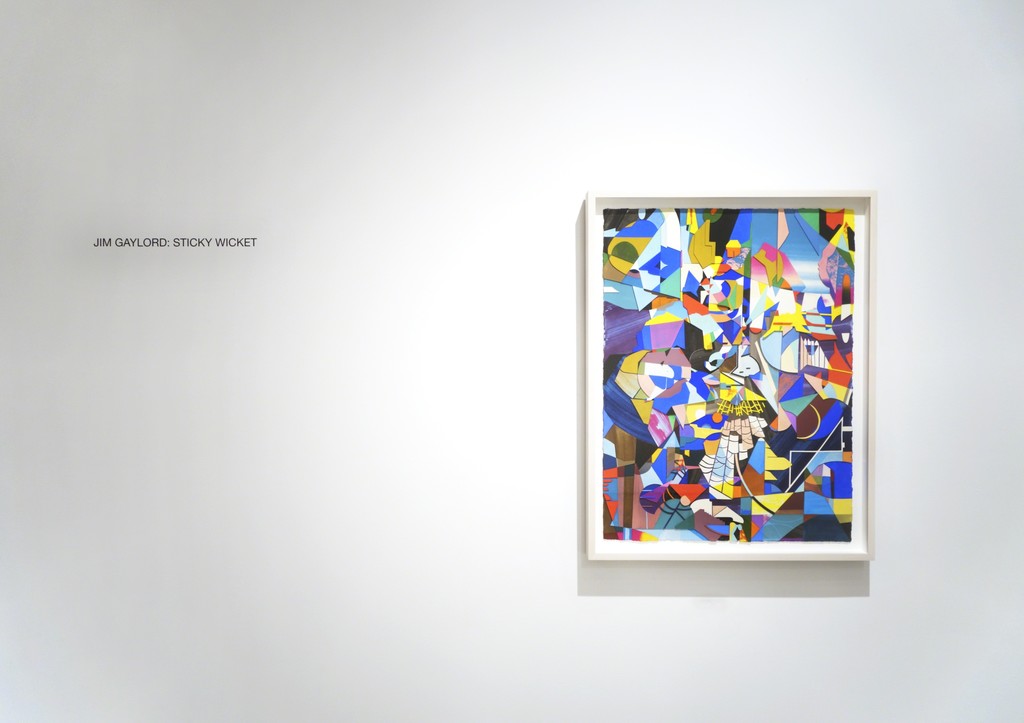 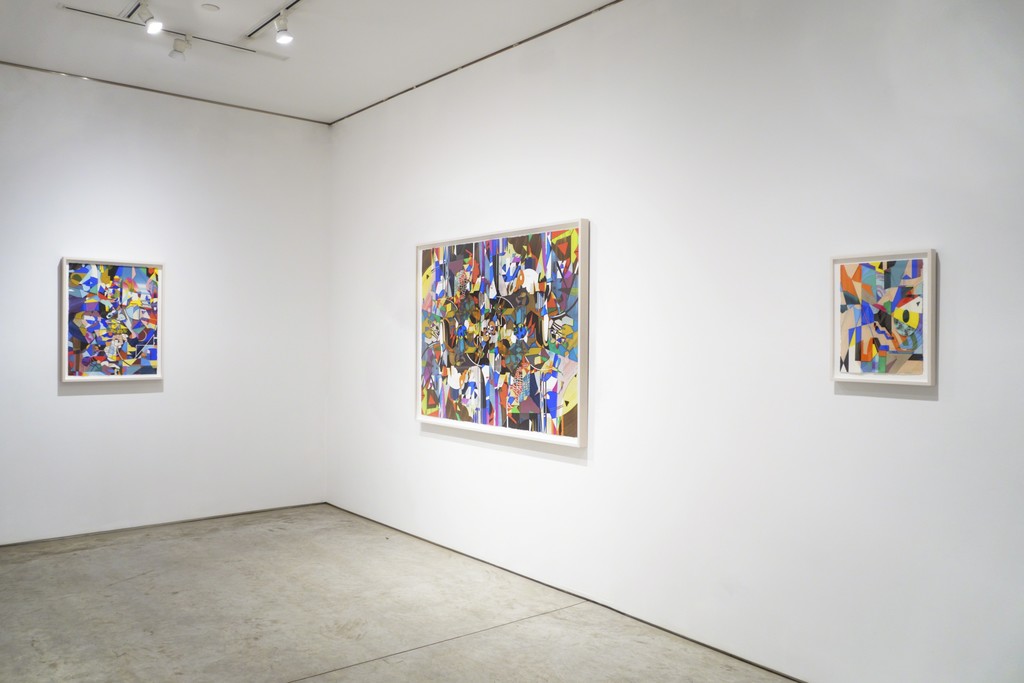 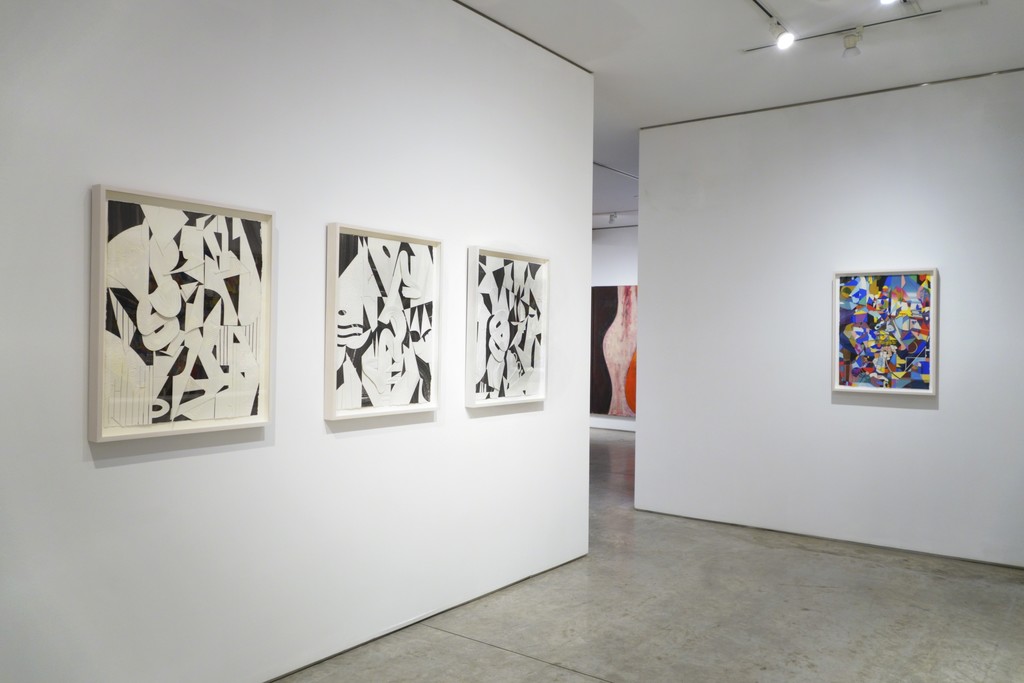 Pavel Zoubok Gallery invites you to a solo exhibition featuring Brooklyn-based artist Jim Gaylord, whose collages of painted papers build upon
and extend the aesthetics of Henri Matisse’s pioneering “cut-outs.”

Jim Gaylord’s “cut-out” collages can be described as constructed paintings, reflecting an interest in both two and three-dimensional space. He employs the technologies of computer imaging in the planning and construction of his work. By cutting out shapes from heavy-stock watercolor paper, then painting them with gouache, Gaylord sharply defines curved and planar forms, often suggesting bas-relief. The expansive compositions are decidedly abstract and rich in saturated color. He experiments in the visual play of form and color before arriving at a final collage construction. Gaylord describes his unique process:

The imagery, which was originally based on abstract moments in action film stills, has been manipulated and reinterpreted…By slowing down cinematic action sequences frame by frame, I can isolate moments of distortion, particularly of the figure, that appear mysterious yet uncannily specific. I gather hundreds of these images and rearrange them digitally to create new abstractions, using formalism as a guide.

He then recreates the composites, collaging the shapes together to mimic the layers and forms found in the original Photoshop studies. The title Sticky Wicket is a phrase originally used to describe soggy ground in a game of Cricket. It later became slang for a circumstance requiring delicate treatment or an awkward situation. The expression captures Gaylord’s interest in creating works that appear at once “logical” and playfully quirky. This ebullience can be seen clearly in the titular work, Sticky Wicket, in which bright, painterly passages lead the eye in a dance across the picture surface, in search of the familiar. In the center is a web of intense yellow, which quickly dissolves into a fractured chrysalis of colors below.

Jim Gaylord’s work has been exhibited within the United States and abroad including New York, San Francisco, Los Angeles, as well as Milan, Toronto, Berlin and Tokyo. His work is in the collections of the Museum of Modern Art, New York, the West Collection, Oaks, PA and the Progressive Art Collection, Cleveland, OH. He has received fellowships and grants from The Pollock-Krasner Foundation, New York Foundation for the Arts and The Joan Mitchell Foundation. This is his first exhibition at Pavel Zoubok Gallery.