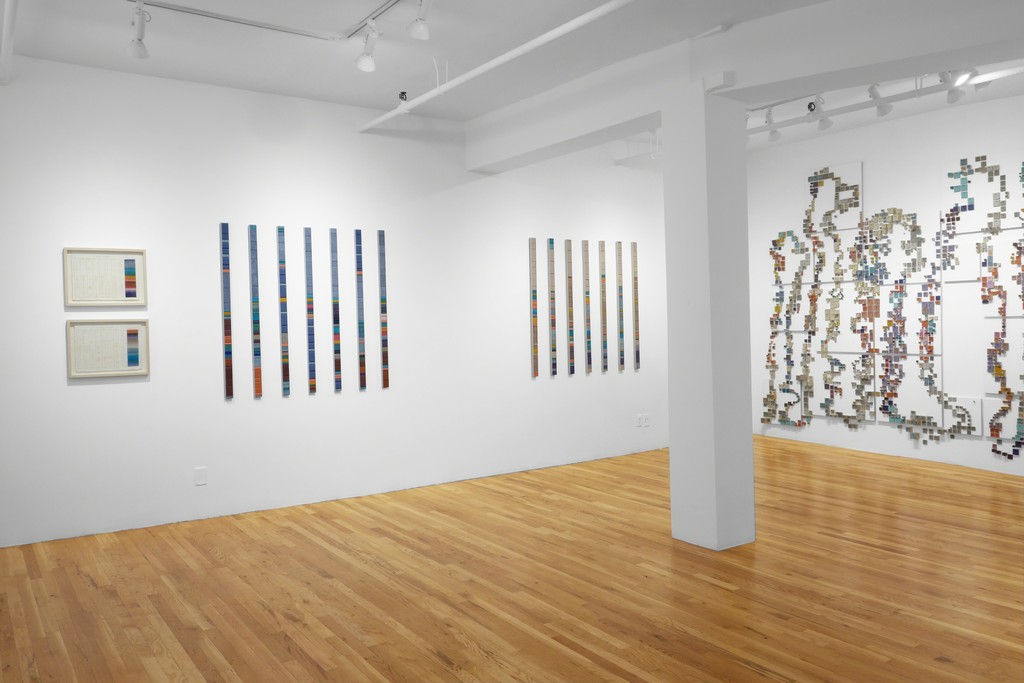 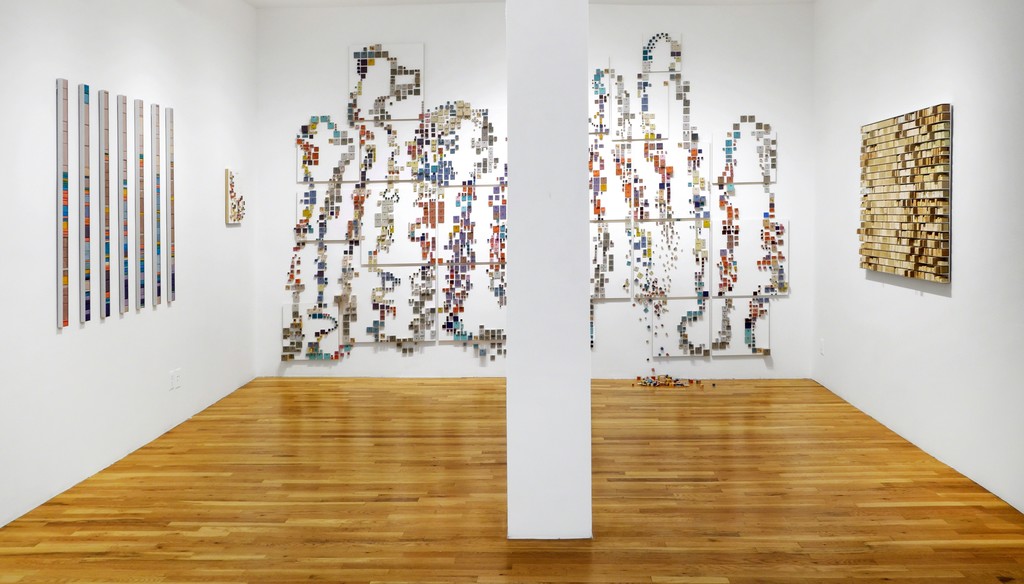 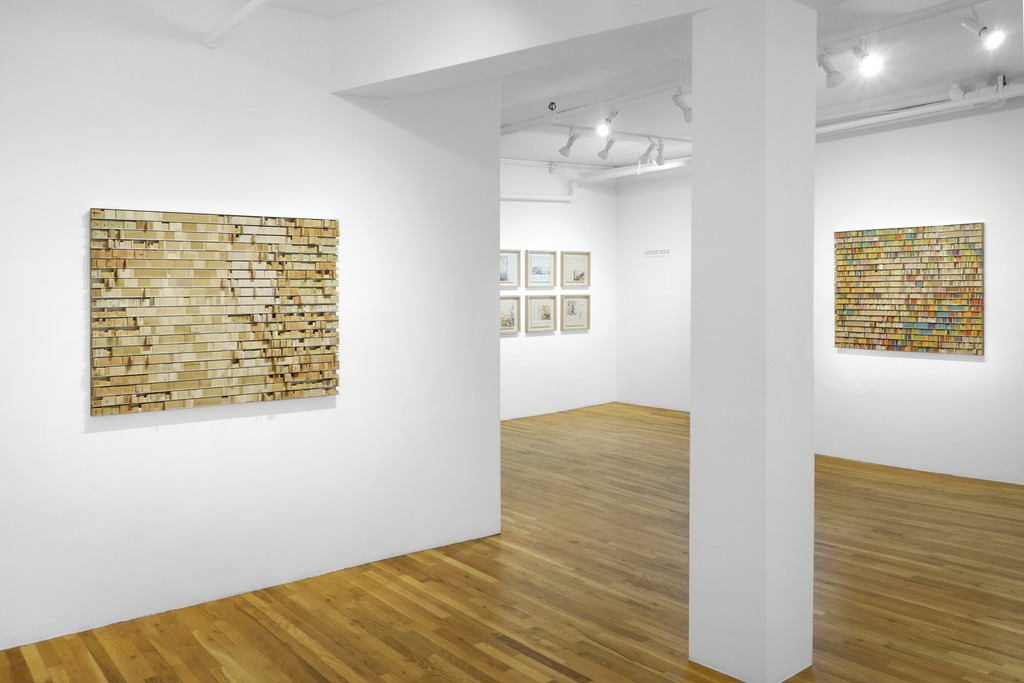 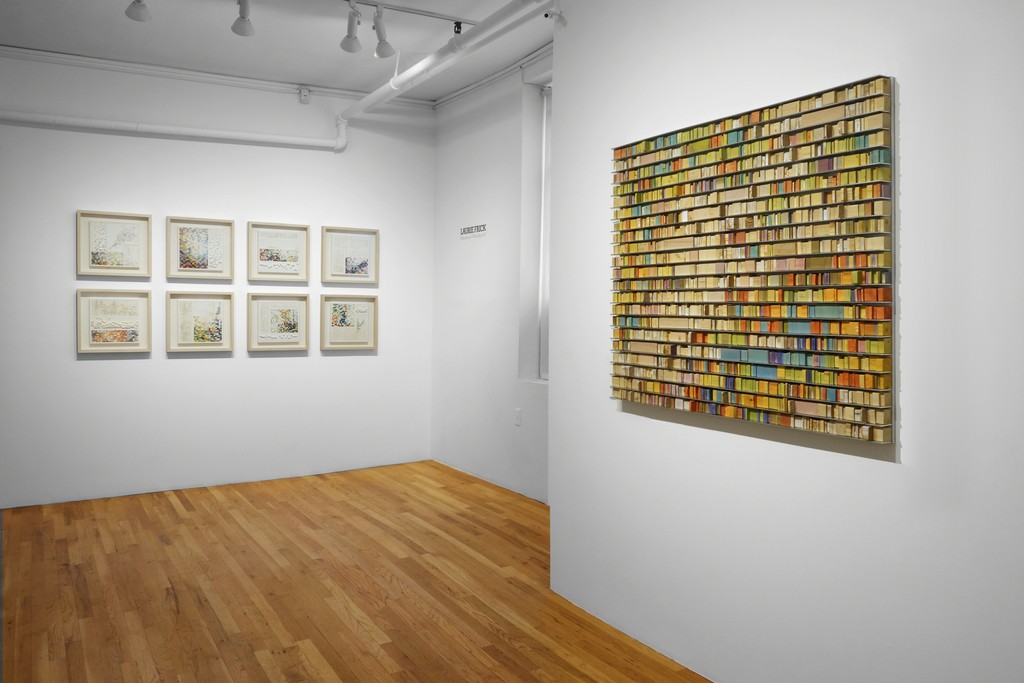 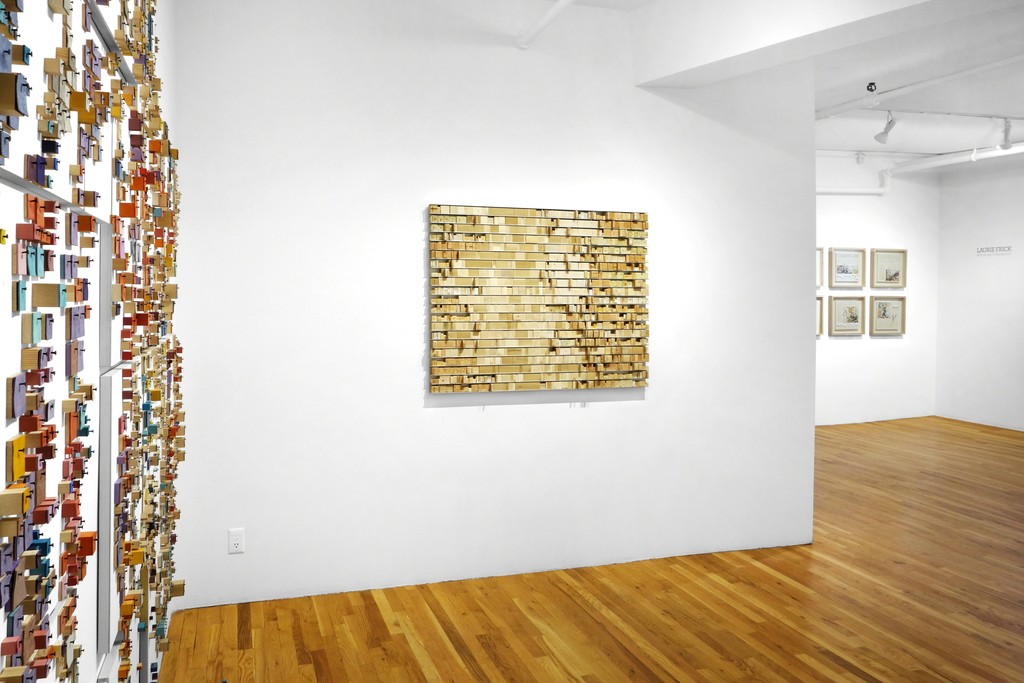 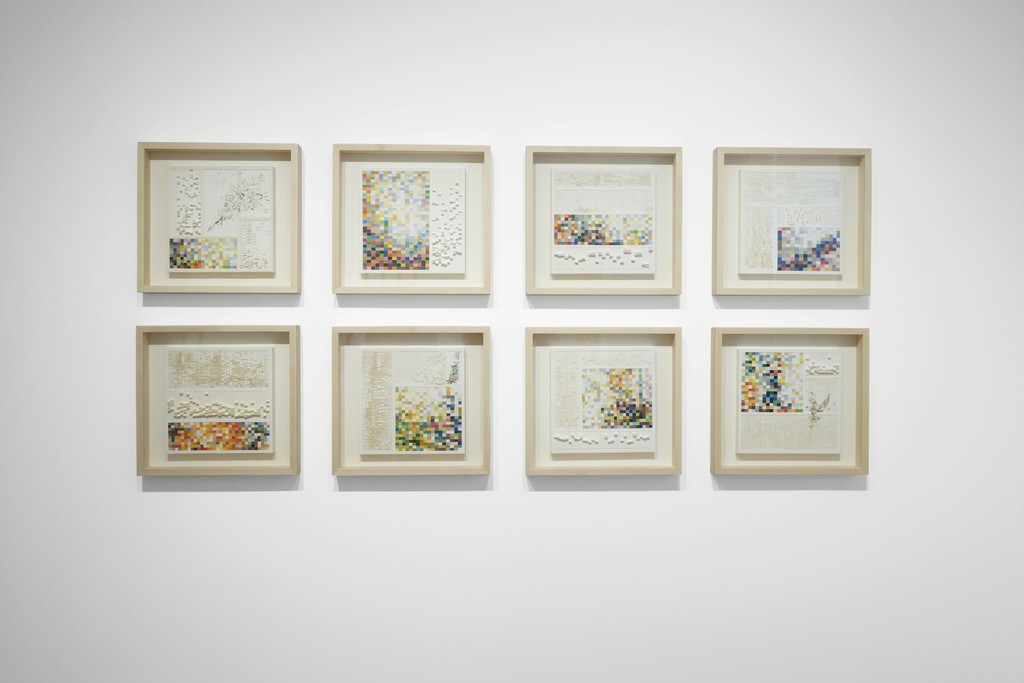 In her many lectures on big data and everyday life, artist LAURIE FRICK stresses the standard medical evaluation of a head injury. The first two questions asked of a concussed patient are “Who are you?” and “What day is it?” One’s responses to this pair of questions establish their cognitive health, as well as the operative philosophy of Frick’s work: well-being and self-awareness are tied to one’s place in and use of time. When Frick renders this data in chromatic scales, the patterns that emerge are quantified, abstract portraits that are at once empirical and ephemeral. By visualizing personal data, Frick’s motley assemblages of paper, wood and leather pose a simple yet profound question: Will tracking time help us understand who we are?

Who are you? What day is it? presents three series of works derived from data-tracking that monitors individual time use. Time-slices visualizes the quantified life fastidiously self-tracked by Ben Lipkowitz on his website www.fennetic.net. By combing through six years of his meticulously annotated graphics, Frick reveals a portrait of a man who lives on a 26-hour sleep cycle, such that his days do not conform to a conventional calendar. What we see is an individual slightly ahead of the curve, whose expanded use of the day moves in a strangely beautiful pattern. A second body of work, 7 Days, consists of color-coded data tracking two individuals: one male, one female. Portray these unnamed individuals as days in weeks, these fourteen totems, present a less consistent pattern than one would expect, implying a use of time and a self-description that simplistic description. The final series, Leather Blocks, hits closest to home, using software called Manictime to chart a continuous, squiggly pattern mapping the artist’s daily technology usage. The tangle of boxes meandering along across the wall presents the artist’s technological engagement in fits and starts, suggesting that a studio process moving in and out of cyberspace can indeed be termed manic time.

Laurie Frick holds an MFA from the New York Studio School, an MBA from the University of Southern California and studied at New York University’s ITP program. Frick recently was awarded residencies by Samsung Research, Neuroscience Research Center University of Texas, Headlands and Bemis Center. Frick’s talks and publications include Nature Publishing, Los Angeles Times, New Scientist, NPR, Creative Mornings and a TED talk at TEDxAustin. She has widely exhibited, with solo shows in New York, California and Texas. This is her first solo exhibition at Pavel Zoubok Gallery.