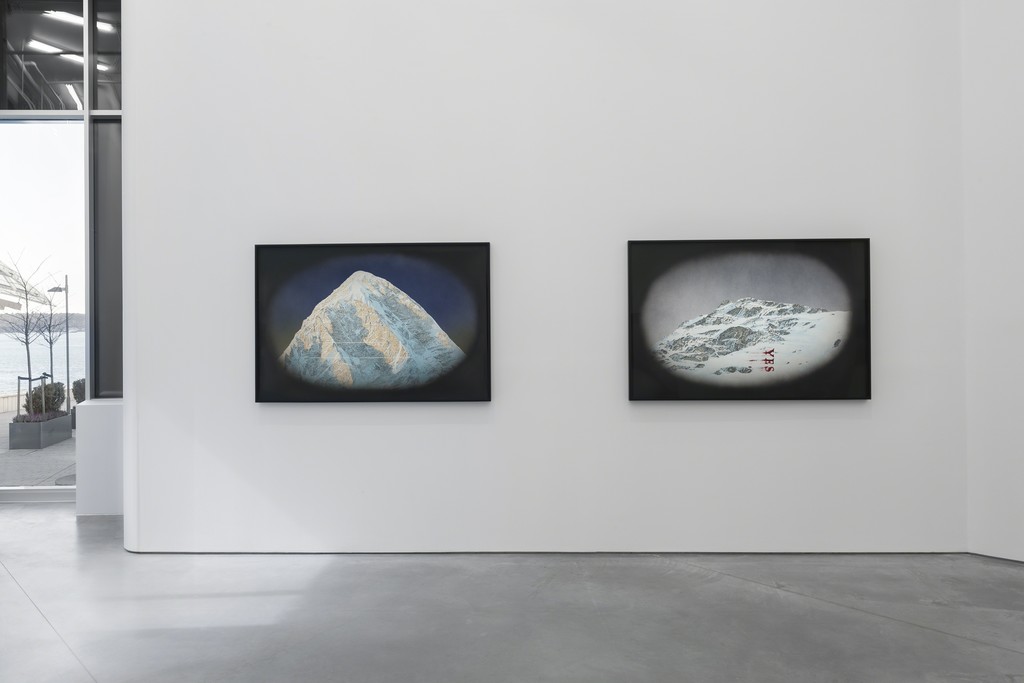 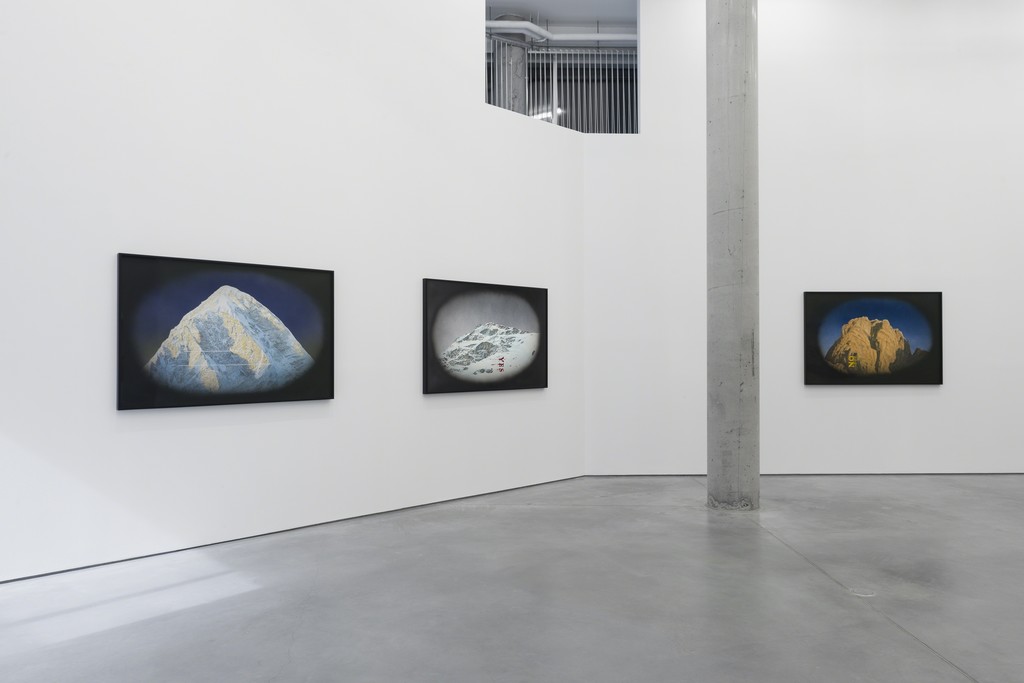 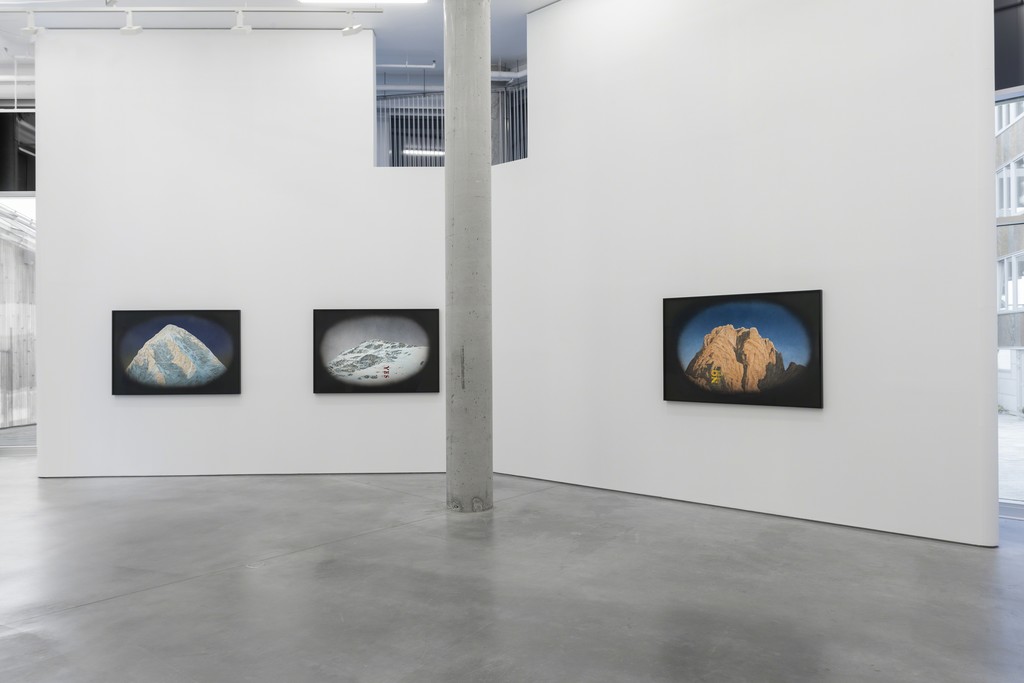 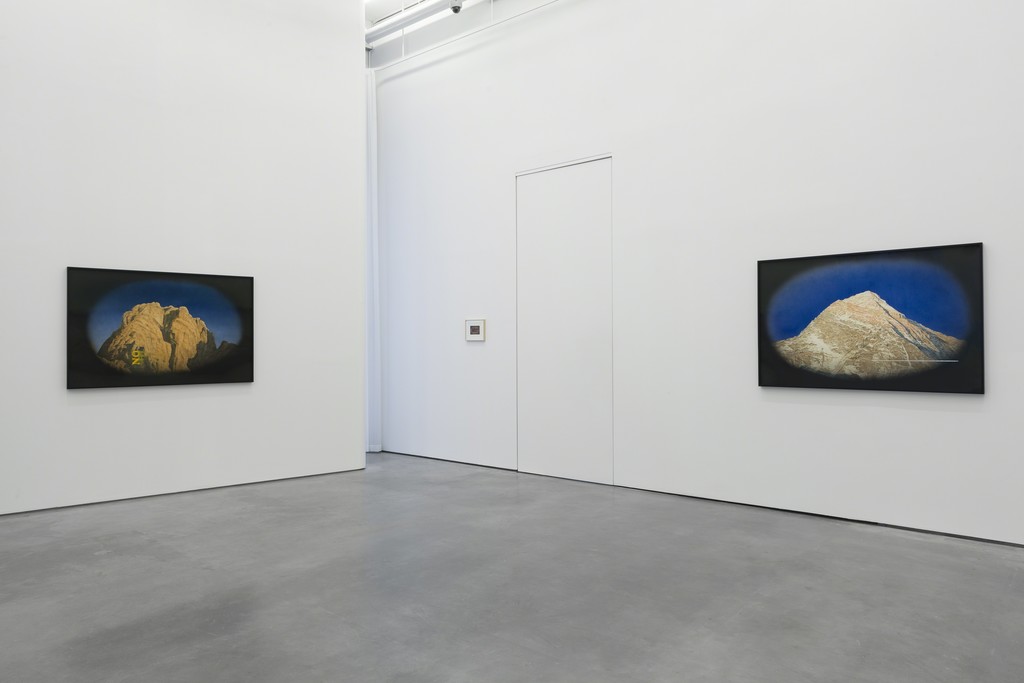 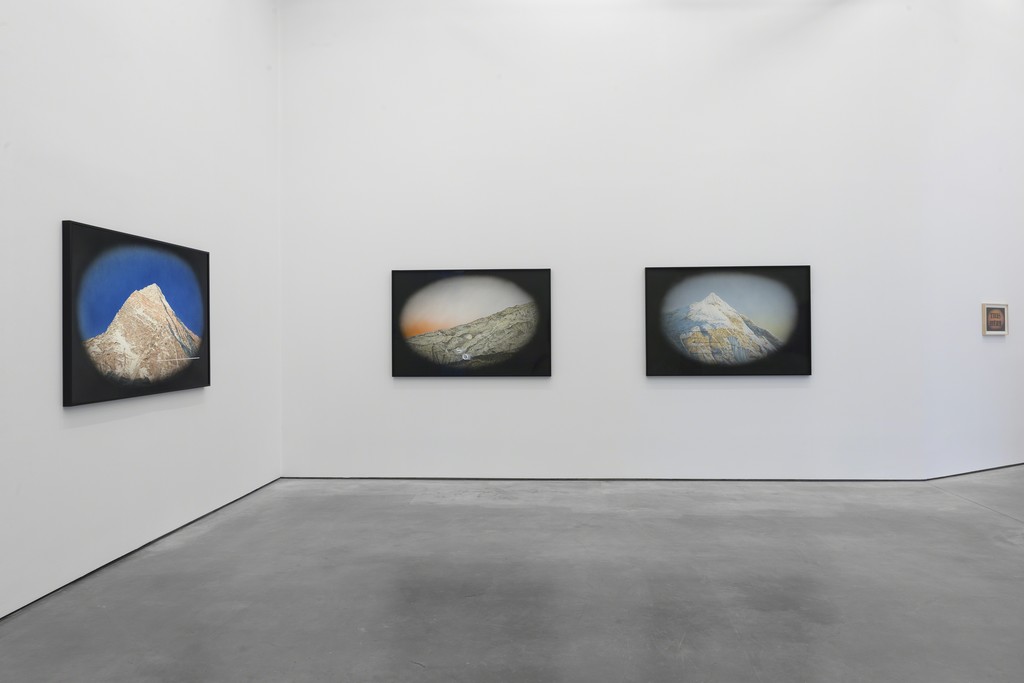 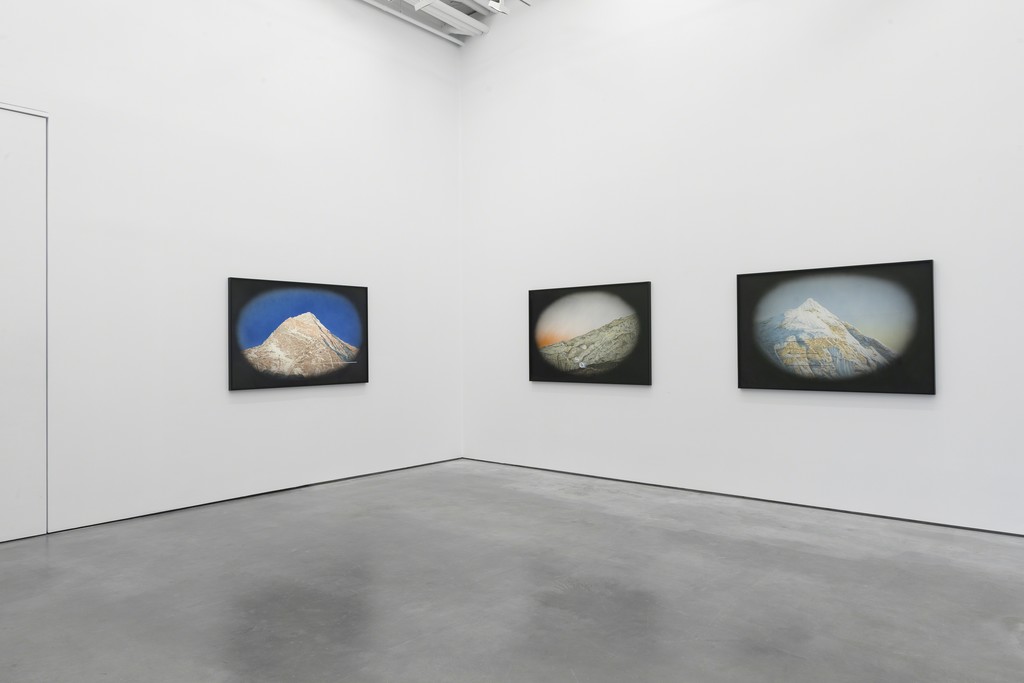 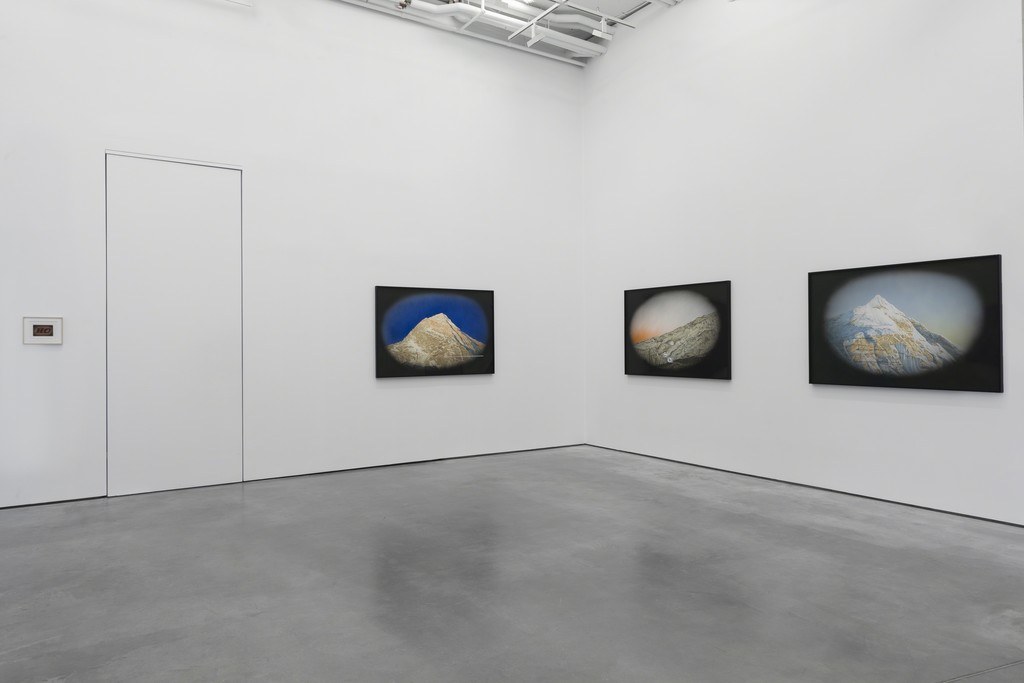 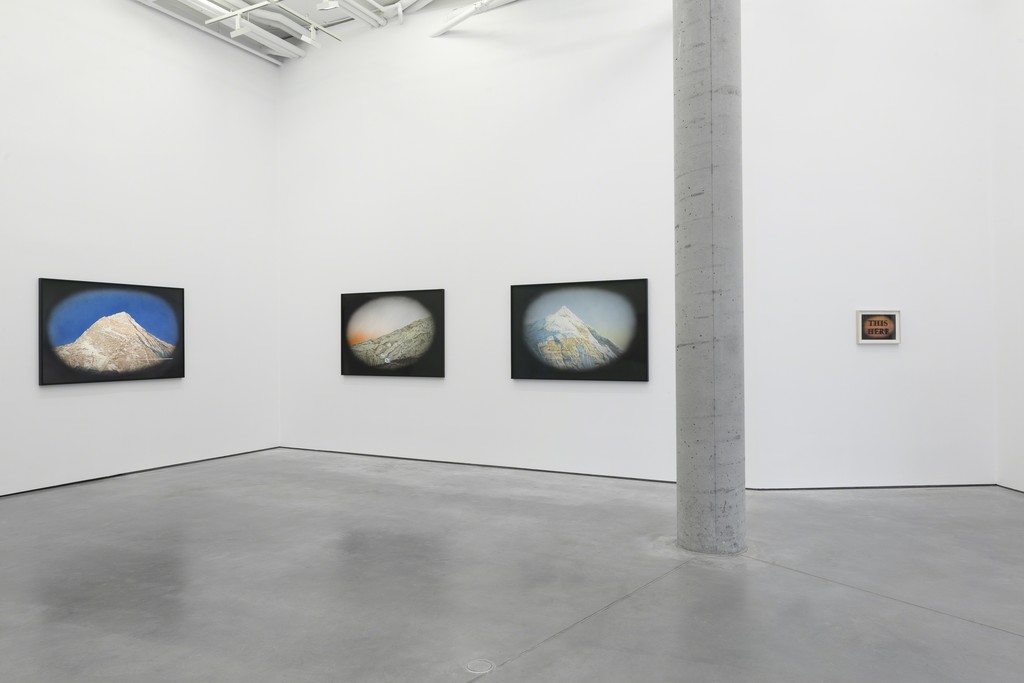 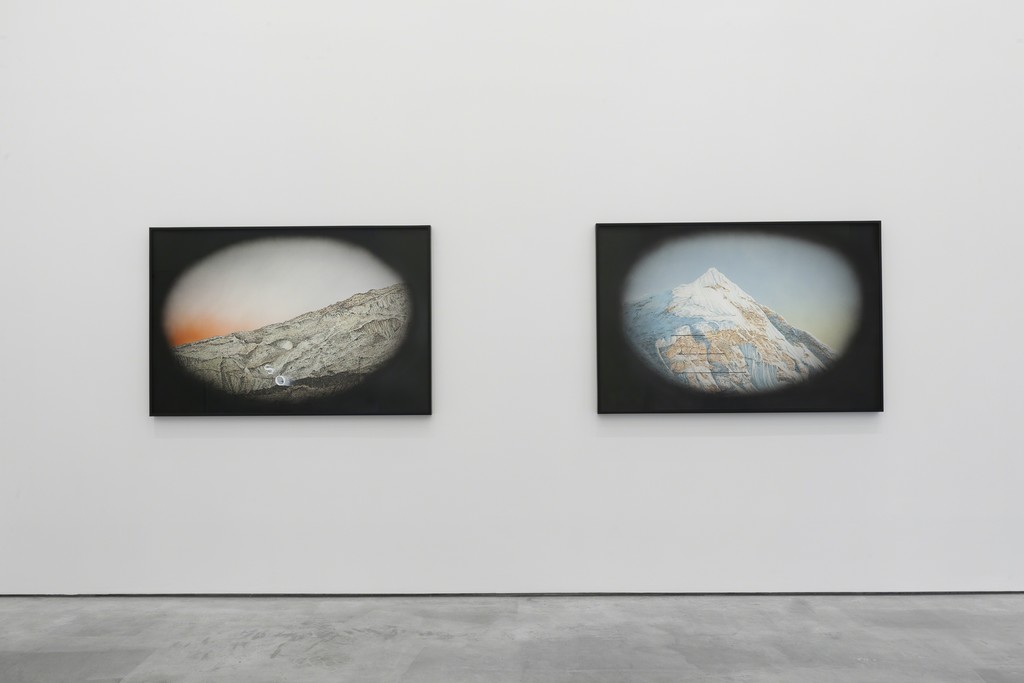 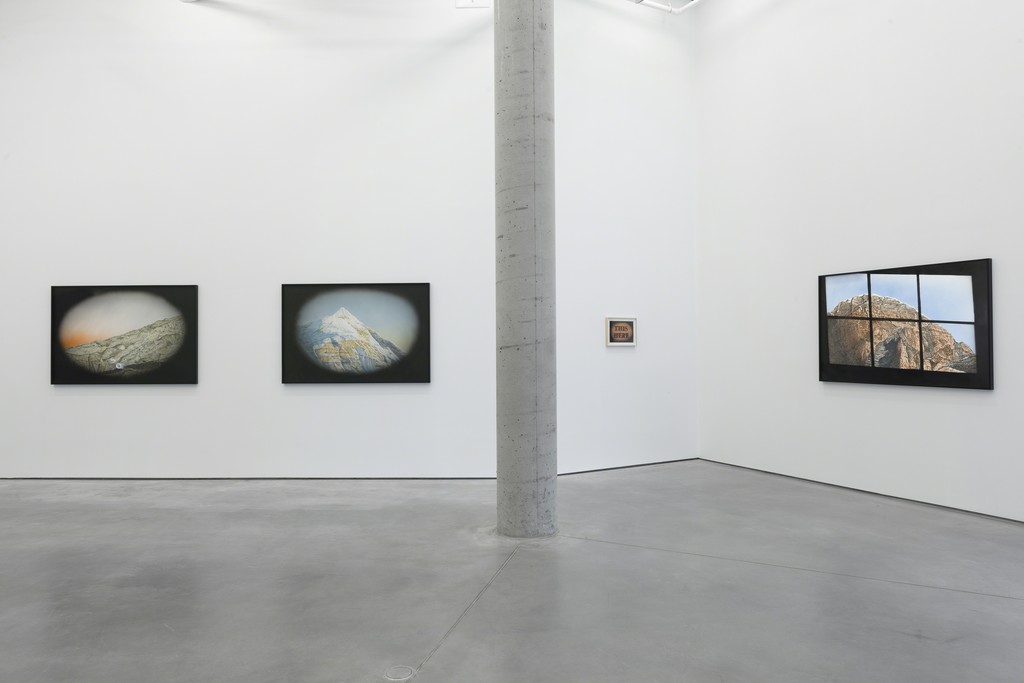 Peder Lund is delighted to present an exhibition of new works by the American artist Ed Ruscha (1937- ). A contemporary master and one of the most recognised and influential artists working today, Ruscha is widely celebrated for his pioneering use of myriad media, including conceptually driven artist’s books, drawing, printmaking, film, photography, and painting. He has redefined our vision of American scenery through his landscapes and text-based works that explore the formal elements of printed text and its fluid relationship to the visual image. On view at Peder Lund are seven new works on paper in the artist's infamous mountain series and two new text works that reveal the depth of Ruscha’s achievement as an artist, and highlight the conceptual underpinnings of his approach to both drawing and painting. They reveal the artist's enormous amount of skill in handling paint, and how perhaps more than any other contemporary painter, Ruscha defies the traditional expectations and developments in the recent history of the medium.

Born in Omaha, Nebraska in 1937, Ruscha moved to Oklahoma City in 1941. In 1956, he relocated to Los Angeles, in a Jack Kerouac-style road trip along Route 66. In LA, he attended Chouinard Art Institute (1956-60) with the intention of becoming a commercial artist, taking both commercial and fine art classes. Like most art students in America at the time, Ruscha had a fling with Abstract Expressionism, but soon found himself attracted to the work of Jasper Johns, whose symmetrical aesthetics went against everything Ruscha had been taught in art school. Although for Ruscha, the lure of a possible career as an illustrator working for Walt Disney and the film industry was an equally great opportunity as the life of a painter, by the early 1960s, he had become well known for his paintings, collages, and printmaking, and for his association with the Ferus Gallery group, which also included the artists Robert Irwin, Edward Moses, Ken Price, and Edward Kienholz.

The two subjects most associated with Ed Ruscha are his early subjects – the gasoline station (Twentysix Gasoline Stations) and the iconic Hollywood sign, fashioned like the experience of seeing the world through the windscreen of a moving car. He is also known as someone who uses words as subjects in his imagery, exploring the canvas as an arena where language and thought are intimately linked with vision. Beginning in the 1960s as a reaction against the painterly gestures of abstract expressionists, Ruscha made a series of deadpan oil paintings that featured punchy, monosyllabic words such as “smash”, “oof”, and “chop”. Inspired by his childhood love of comics, Ruscha began culling words, images and phrases that had been imprinted in his memory, and that are found in mass media through print culture and advertising billboards.

The new works paper on view at Peder Lund belong to a large body of work begun in the 1980s, in which Ruscha overlays landscapes with text. They continue a series of mountain paintings first presented two decades ago (1997), featuring cinematic mountains appropriated from travel books, posters, post cards and adventure movies. They are invented, or hybrid, images and not pictures of actual peaks and ranges; silhouetted against a matte sky, the mountain tops could be backdrops for a movie set, calling to mind the mountainscapes of the 1969 James Bond picture On Her Majesty’s Secret Service or the logo of Paramount Pictures. Some of the new works include text and horizontal lines; short words like “So”, “Yes”, and “No”, and lines referring to one-liners (witty remarks or short jokes), are placed on top of the mountainscapes. Each word defies a standard left-to-right reading, so that “No” can alternately be read as “On”. The snow-covered peaks are rendered with the requisite surface detail and lighting effects to retain some of the seductive appeal of the genre in European Romanticism. But these mountains appear to present images of images; as Ruscha has remarked, they represent the idea of mountains, picturing not physical places, but ‘some kind of unobtainable bliss or glory’.

Ed Ruscha has had major exhibitions across the world, most recently at the de Young Museum, San Francisco, organised by the Fine Arts Museum of San Francisco (2016); The J. Paul Getty Museum, Los Angeles (2013); Kunstmuseum Basel, Switzerland (2013); Los Angeles County Museum of Art (2012); and Tate Modern, London (2009), to mention only a few. His work is included in the world’s most prestigious institutional collections, including Los Angeles County Museum of Art; Metropolitan Museum of Art, New York; The Museum of Modern Art, New York; Centre Georges Pompidou, Paris; and the Whitney Museum of American Art, New York. Ruscha represented the United States in the 51st Biennale di Venezia in 2005, and was featured in the 2015 Biennale de Lyon’s exhibition, “La Vie Moderne”. He lives and works in Los Angeles.