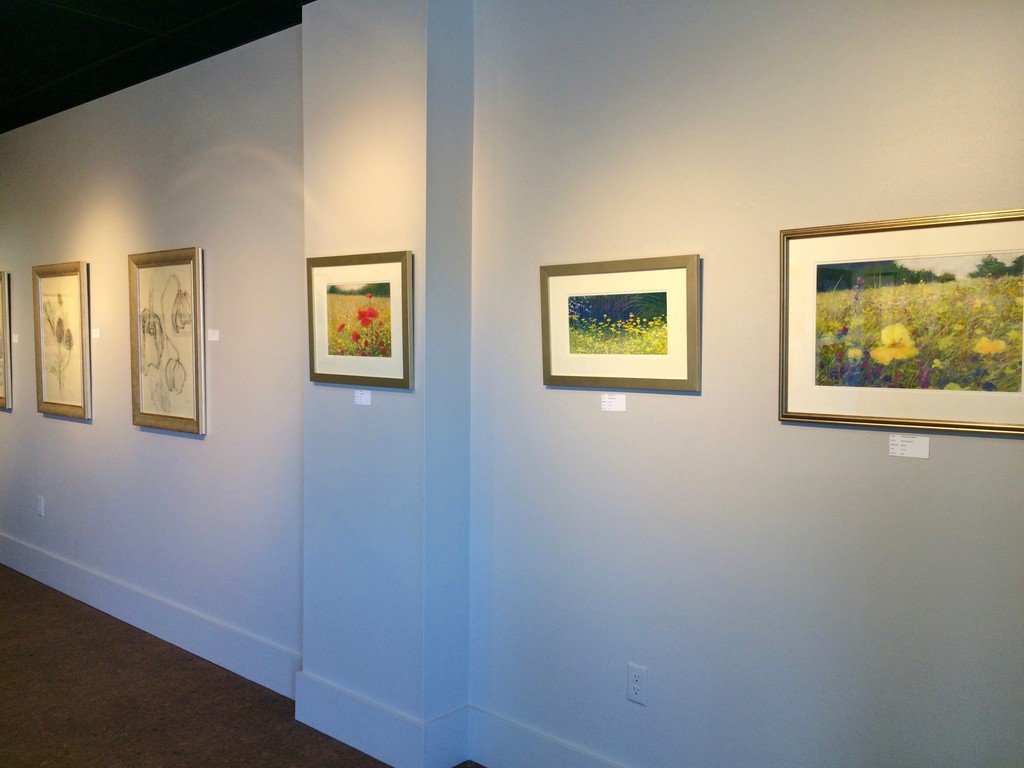 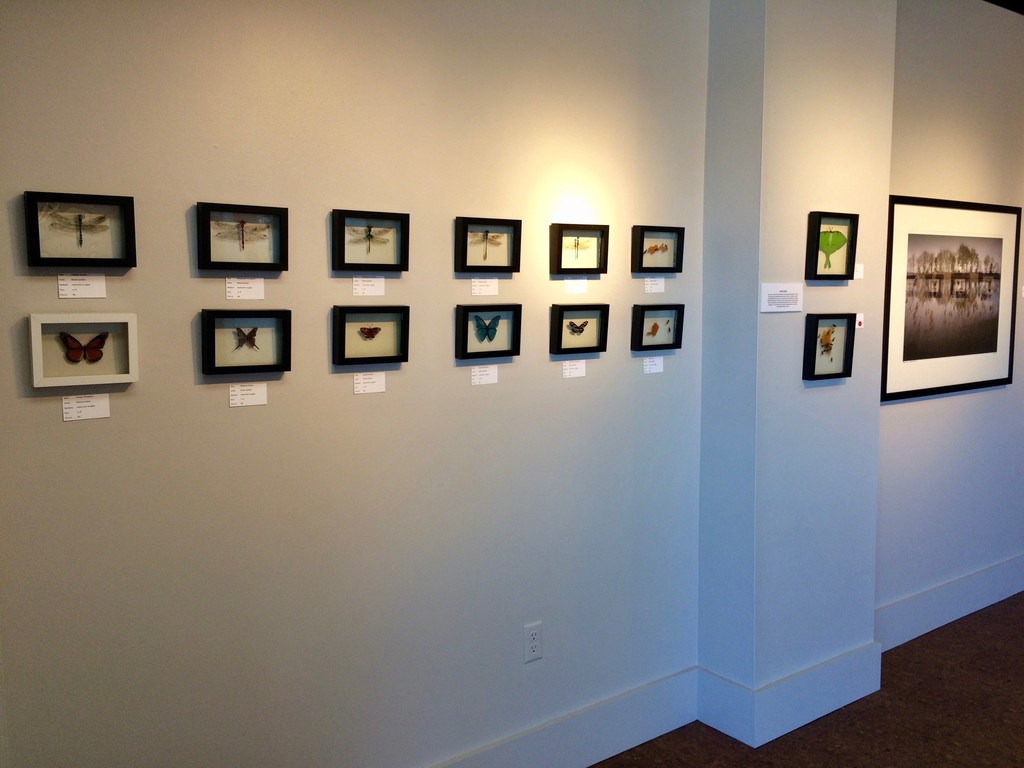 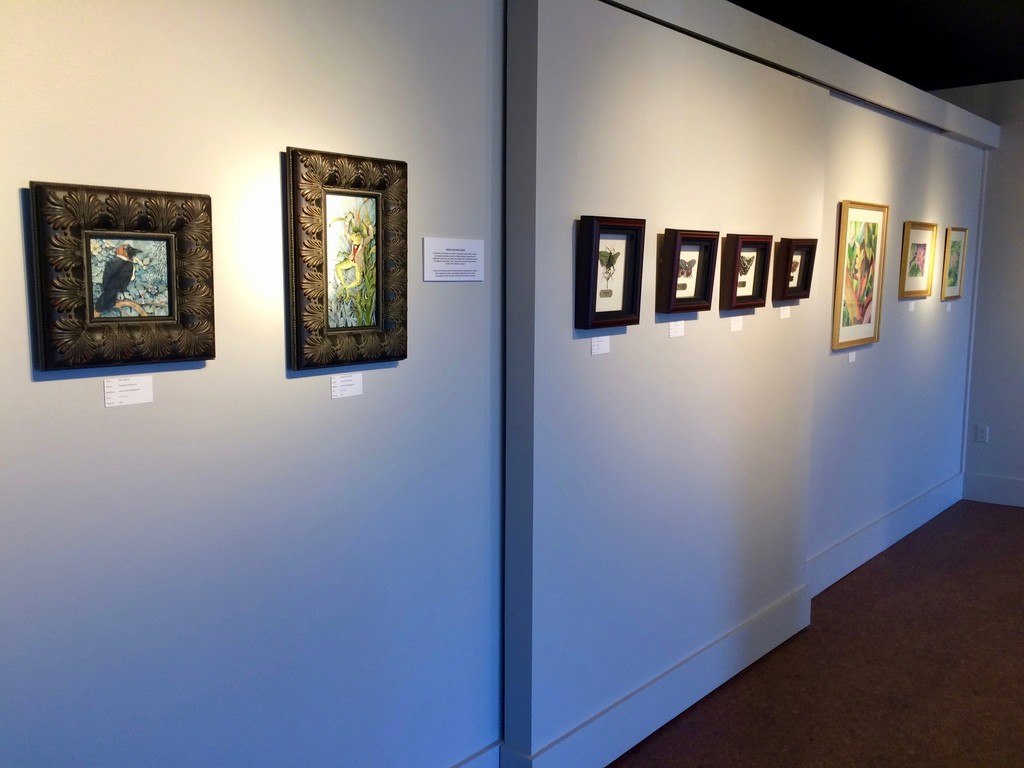 With an opening reception scheduled for Saturday March 31, from 5-7 pm, “Birds and Bees, Flowers and Trees” brings together seven talented, but very different artists.
Regular gallery artists Syd McGinley, Nick Serratore and Betsy VonDreele are joined by photographer Richard Calvo and painter Brenda Kidera, both of whom have been featured in previous exhibits. New to the gallery are Robert Jenkins and Theresa Politowicz.
Bob Jenkins’ paintings may best be called ‘misconceived entomology’. He has a fascination for insects and has developed a way of depicting them in a three-dimensional way by overlapping layers of resin on which he paints different parts of the insect. He begins with a base sketch on glass that enables him to become familiar with the shapes that make up the insect. From there he paints different parts of his subject on each of the overlapping resin layers, usually five to seven, in order to give it dimension. When the finished painting is placed in a shadow box it gives the impression that the insect has been preserved between two pieces of glass. His work has been termed original and unique. At first glance you would think the paintings were real insects such is the detail that makes them life-like replicas.
“Welcome to the magical, whimsical world of Theresa Politowicz” is how the artist’s opening statement reads on her website. Her wildlife watercolor art gives glimpses into the unique intricacies of nature and offer a perspective of the mystical world that surrounds us. Like Bob Jenkins she also has a fascination for insects, but hers come alive in stunning 3-D mixed media sculptures. Insect wings are individually hand-drawn, cut, colored and shaped. Glass, metal, crystal and stone beads build the bodies. Theresa also invites you into her whimsical world of sharply dressed creatures with a sophisticated palate. Each elegant subject is featured in natural surroundings and with the plants of which their beverage is comprised.
This exhibition coincides with the Tulip Celebration in Lewes and with State’s Arbor Day. It will continue until April 29.