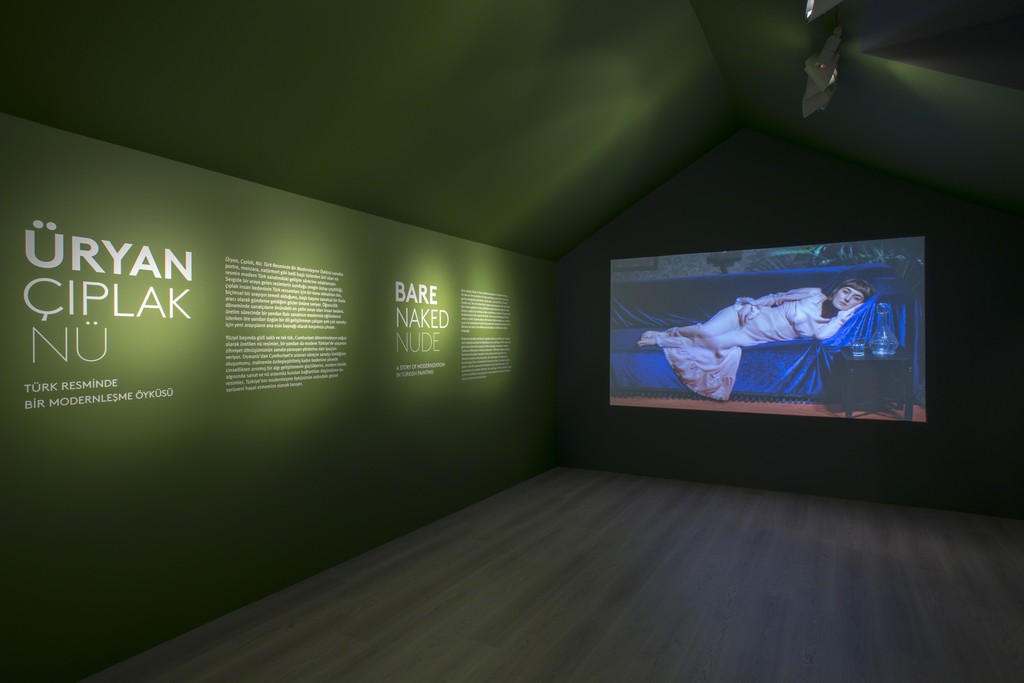 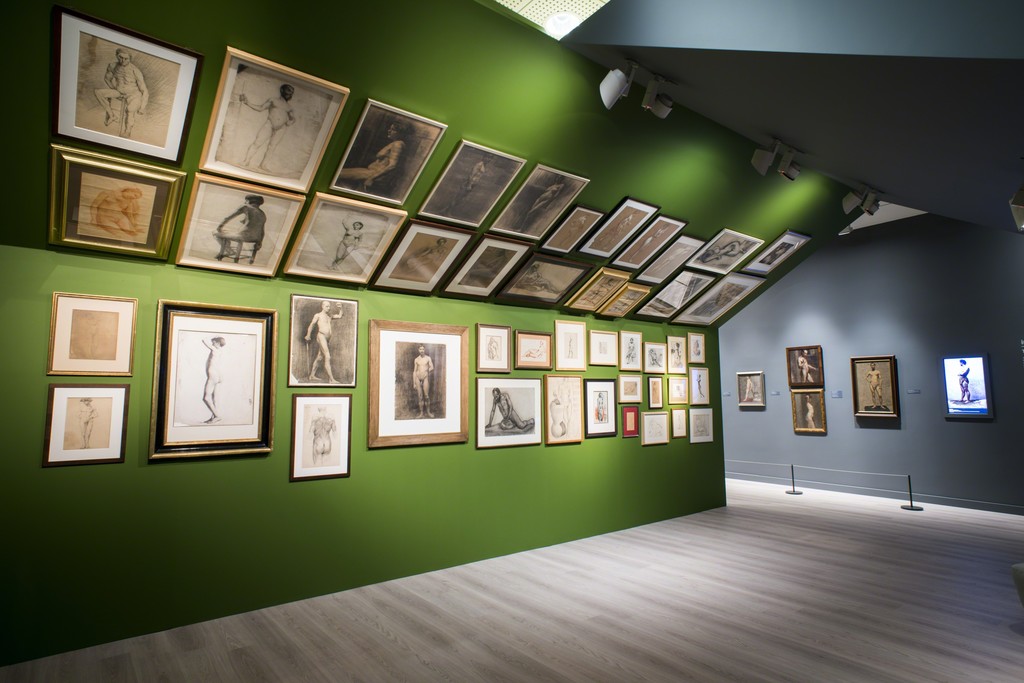 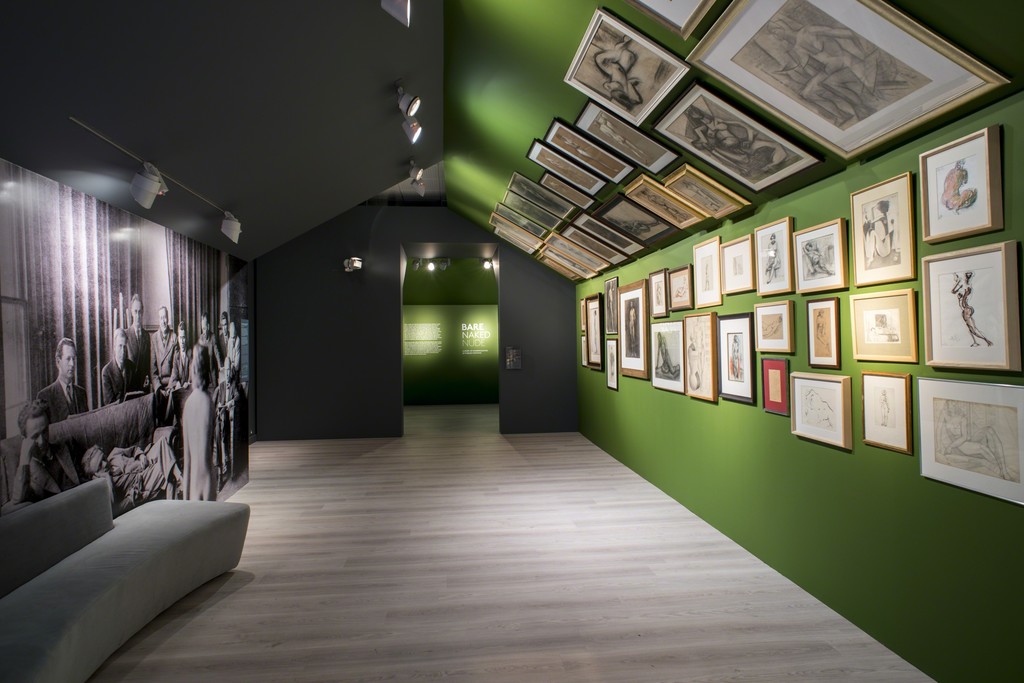 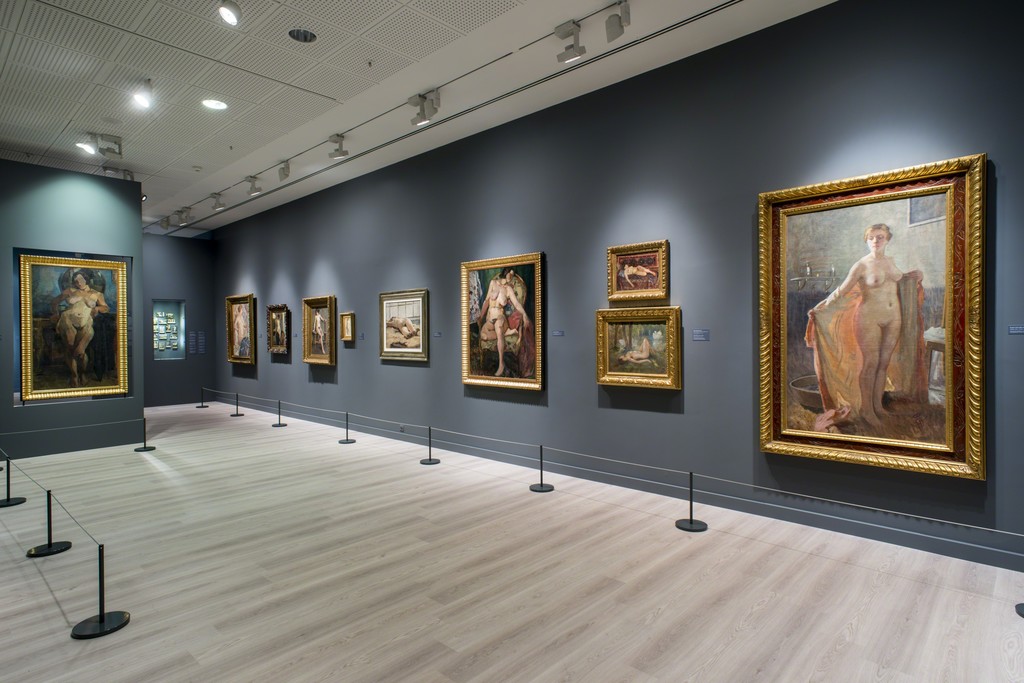 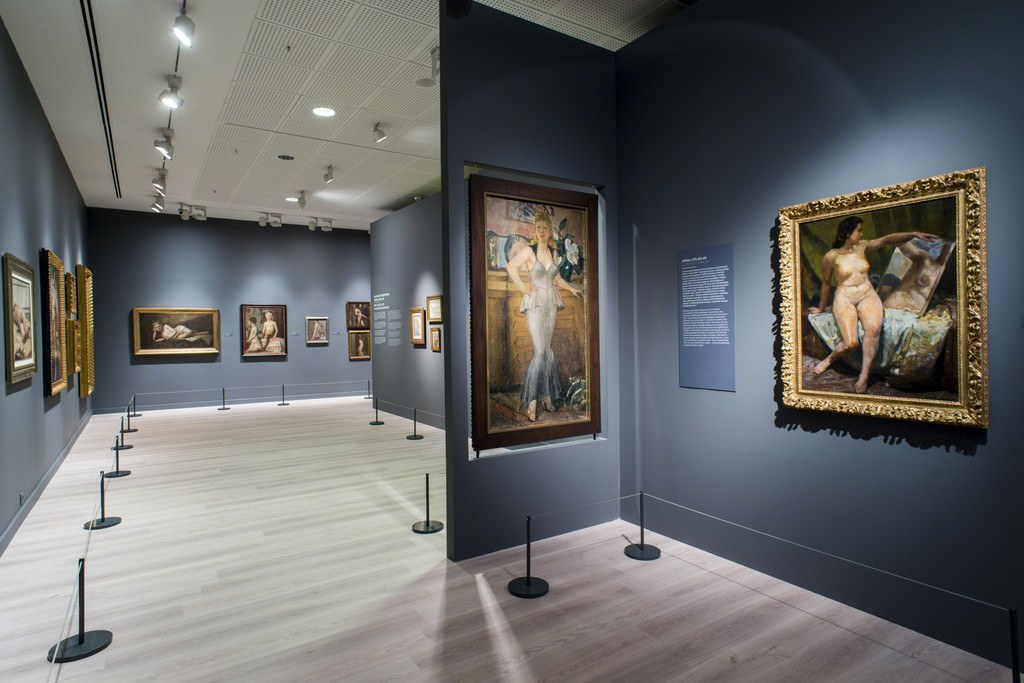 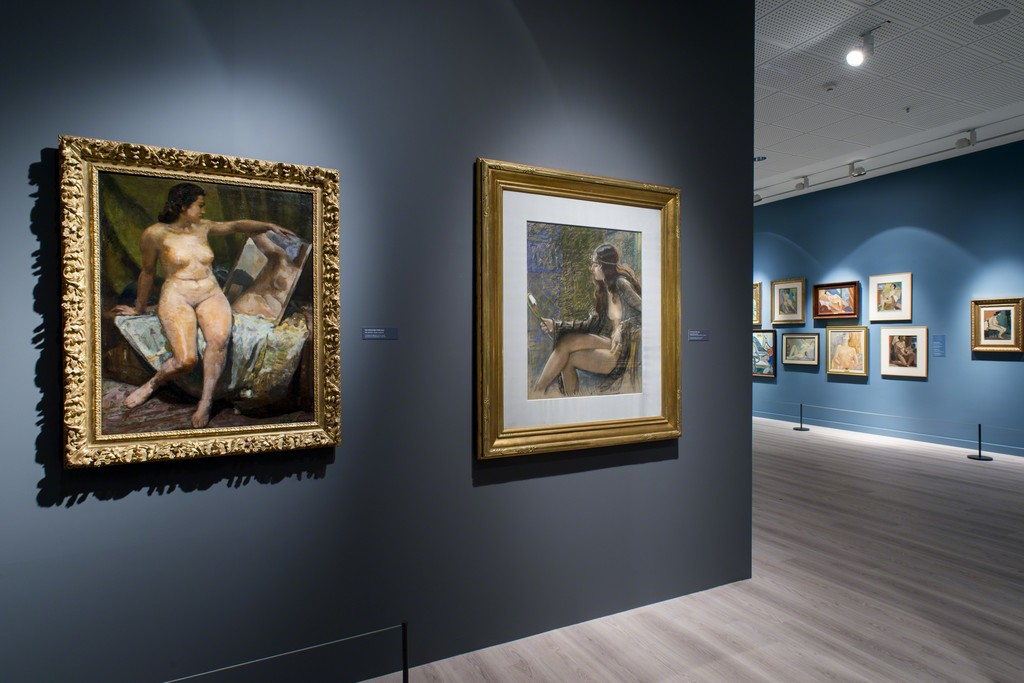 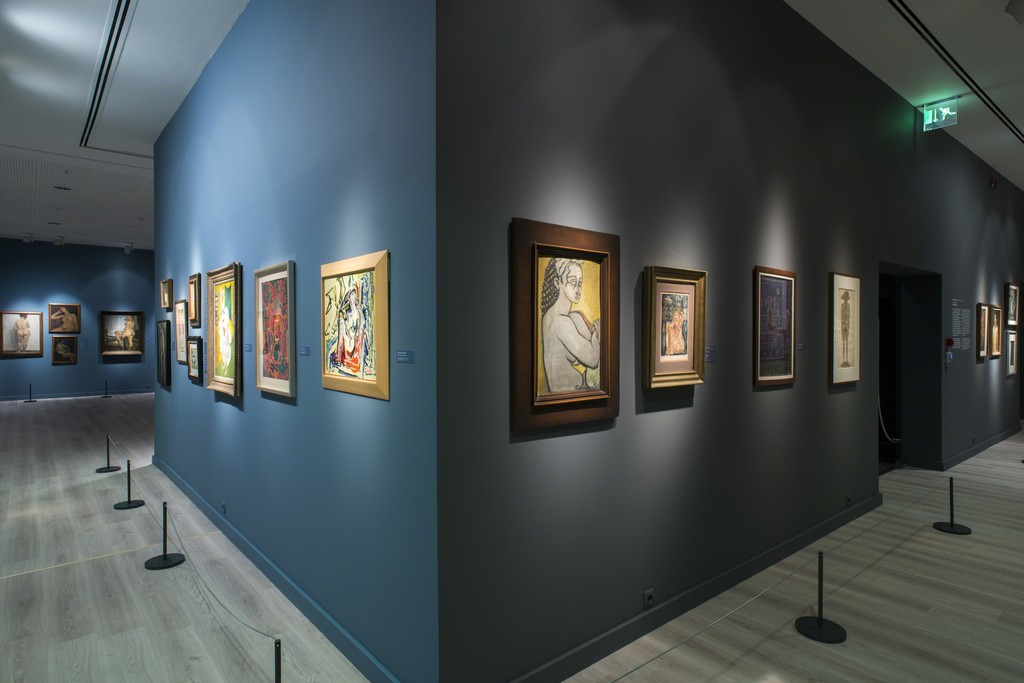 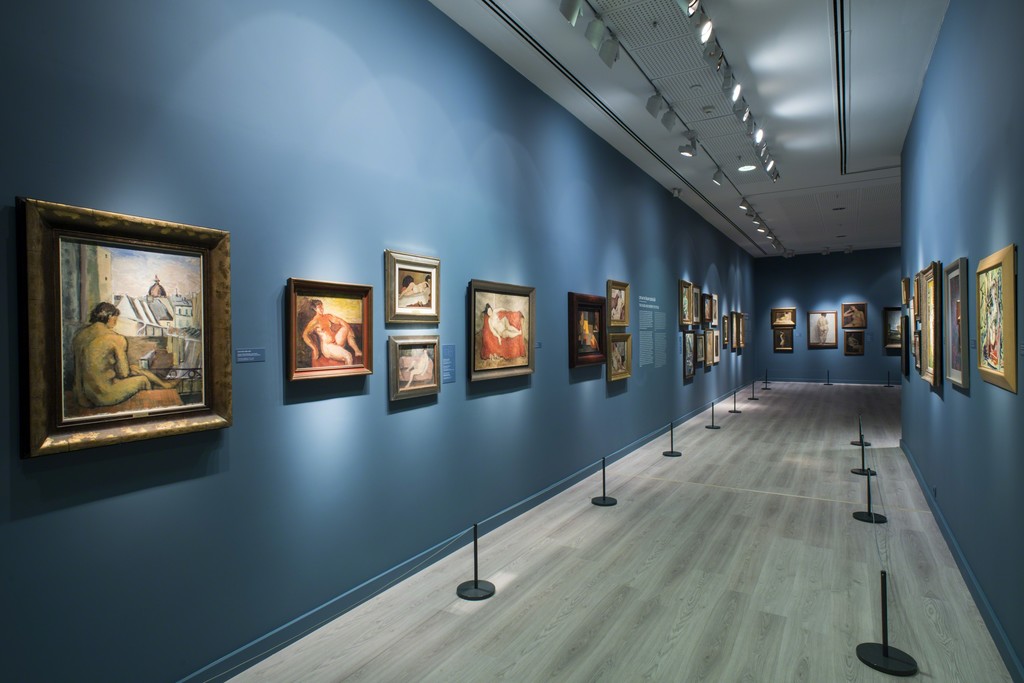 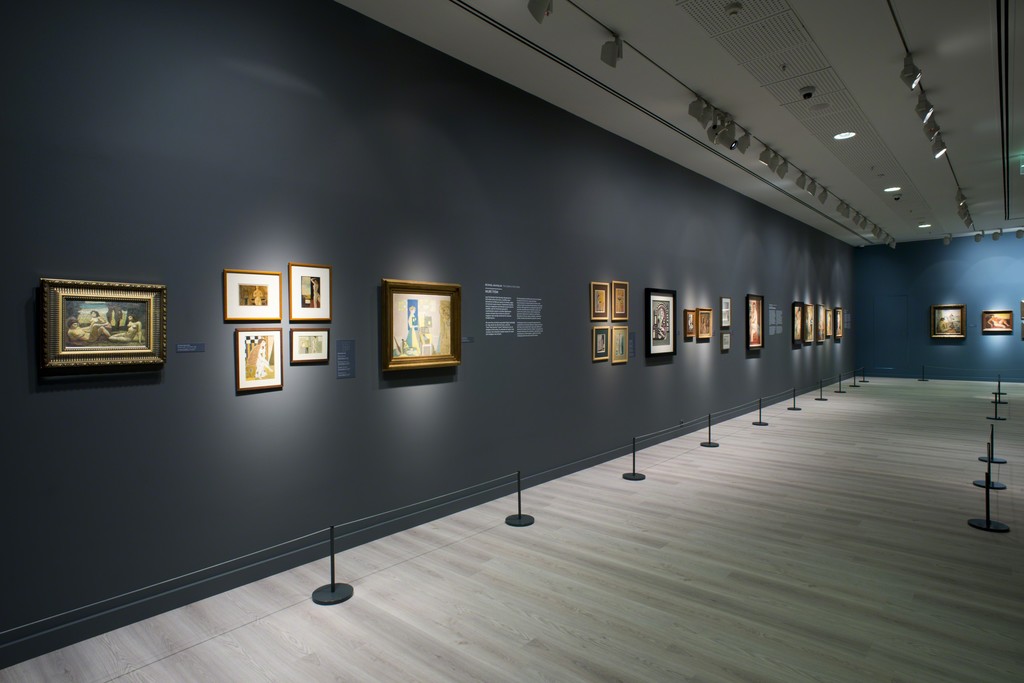 On the 10th anniversary of its inauguration, Pera Museum is proud to present the exhibition “Bare, Naked, Nude,” which sheds light upon the development of nude painting in the modernization period of Turkish art. Open from November 25, 2015 until February 7, 2016, the exhibition explores how art production in a timeline extending from the Ottoman Empire to the Republic and dominated by landscapes and still lifes made room for the emergence of the nude, a fundamental genre in art history, as a pictorial form and theme. The exhibition also brings to fore the idea that nude painting is symbolic in revealing how the process of modernization in Turkey is reflected on art. Curated by Ahu Antmen, the exhibition includes nearly 150 works, including academic studies, by 44 artists of different periods.
Displaying works by artists including Osman Hamdi Bey, Süleyman Seyyid Bey, Halil Paşa, İzzet Ziya Bey, Avni Lifij, Ruhi Arel, İbrahim Çallı, Namık İsmail, Melek Celal Sofu, Cemal Tollu, Zeki Faik İzer, Bedri Rahmi Eyüboğlu, Eren Eyüboğlu, Fikret Mualla, Leyla Gamsız, and Yüksel Arslan “Bare, Naked, Nude: A Story of Modernization in Turkish Painting” exhibition follows the footsteps of nude paintings produced secretly and few in number at the turn of the 20th century and copiously during the Republican and seeks to demonstrate artists’ efforts to overcome the cultural resistance against artistic representations of nudity. Noting that the subject of nudity is a rather complex concept that not only encompasses historical and social processes that includes various transformations from tradition to modern, but personal sensitivities as well, Ahu Antmen adds, “While addressing the development period of nude painting in Turkish art with this exhibition, we also aim to reflect upon the creation of the artist’s identity in Turkey in a period extending from the Ottoman Empire to the Republic; the challenges of creating a desexualized artistic perception about the female body culturally associated with what is intimate; and the ties established between art and nude painting in the conception to modern identities.”
A large portion of “Bare, Naked, Nude” is comprised of drawings, a requisite of academic art education, from different periods, starting with the first Ottoman artists such as Osman Hamdi Bey, Süleyman Seyyid Bey, and Halil Paşa. While the first nudes displayed by Namık İsmail, İbrahim Çallı, Melek Celal Sofu, and Feyhaman Duran reveal the early artistic development of the Second Constitutional Monarchy period, nudes of innovative artists such as Zeki Faik İzer, Cemal Tollu, Bedri Rahmi Eyüboğlu, and Eren Eyüboğlu in the Republican era stand out as the forerunners of artistic modernism in Turkey.
The symbolic meaning of the concept of nudity in the dichotomy of conservatism-modernity
“Bare, Naked, Nude” exhibition also examines how nude painting became “normalized” through the culture of art in a cultural climate in which even using live models was considered objectionable when the first academy of fine arts was inaugurated in İstanbul. Contrary to the conservatism of the Islamic culture, yet reflecting the aesthetic norms of the Western culture, nude paintings reveal how the body was extracted from being a subject and evolved into a form in the course of the development of art culture in Turkey.
Following the opportunity Turkish artists were given at the turn of the 20th century to first work with male models at the Academy of Fine arts, and later with both male and female models as some of them were studying art in Europe, the human body was, through an infinite repertoire of poses, transformed into just another genre such as landscape, still life, or portrait for artists. Meanwhile, due its perception as a genre representing the female body in particular, the nude assumed a symbolic meaning not only in terms of cultural conservatism-modernism, but as a way of revealing the gender-biased aspect of artistic approaches. Noting that “nude” primarily evokes the idea of a female body, Ahu Antmen adds that this way of perception legitimized by the West also found its reflections in Turkish painting.
Modernism and the nude
Gravitating towards the nude from themes such as sub bathing, caique excursions, sea baths, etc., after displaying their works of landscape, still life, portrait at the Galatasaray Exhibitions the Ottoman Association of Artists organized as of 1916, Generation 1914 artists such as Namık İsmail, İbrahim Çallı, and Melek Celal Sofu produced nude paintings that shunned academism and emphasized an impressionist sensuality in the 1920s. In the Galatasaray exhibitions of the 1930s, on the other hand, more modernist nudes of artists such as Cemal Tollu and Zeki Faik İzer came to fore. Ostracizing sensuality and focusing on the deformation of form, the new nudes not only reflected the artists’ individual search for style, but they also demonstrated the aspects of European modernism Turkish painting embraced. “Bare, Naked, Nude” exhibition creates a basis over which viewers can recognize the diversity of styles Turkish painters attained so soon after being introduced to a new genre they were ably to work with as of the 1920s.
Exhibition curator Ahu Antmen stresses that the nude is one of the primary indicators of the ways in which Turkish painting broke out of its shell both in the cultural and the stylistic sense. Adds Antmen, “For many artists, the nude constitutes a bridge on the path leading to his/her own conception of the figure; the issue is not the naked human body but how it is perceived as a form with its infinite appearances, movements, and expressions. This artistic perspective requires us to look at the human body as nature itself, beyond all cultural norms. The nude painting thus holds a symbolic importance as a dichotomous artistic genre that both makes this possible and simultaneously destroys it due to its display.”
Open to visitors as of November 25, 2015 at Pera Museum, “Bare, Naked, Nude” will continue until February 7, 2016.