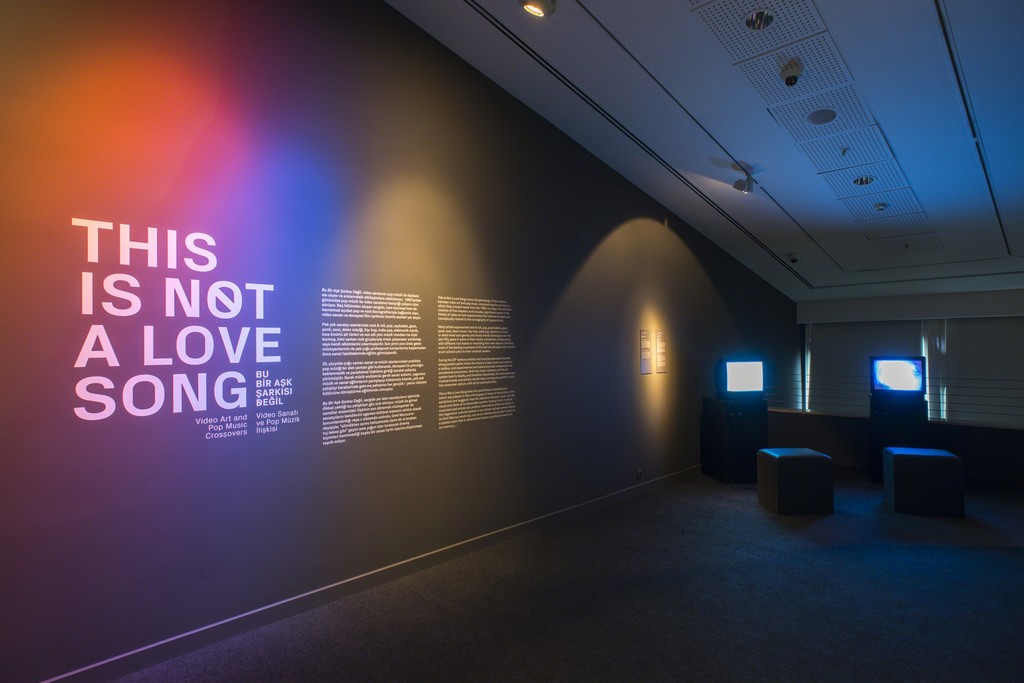 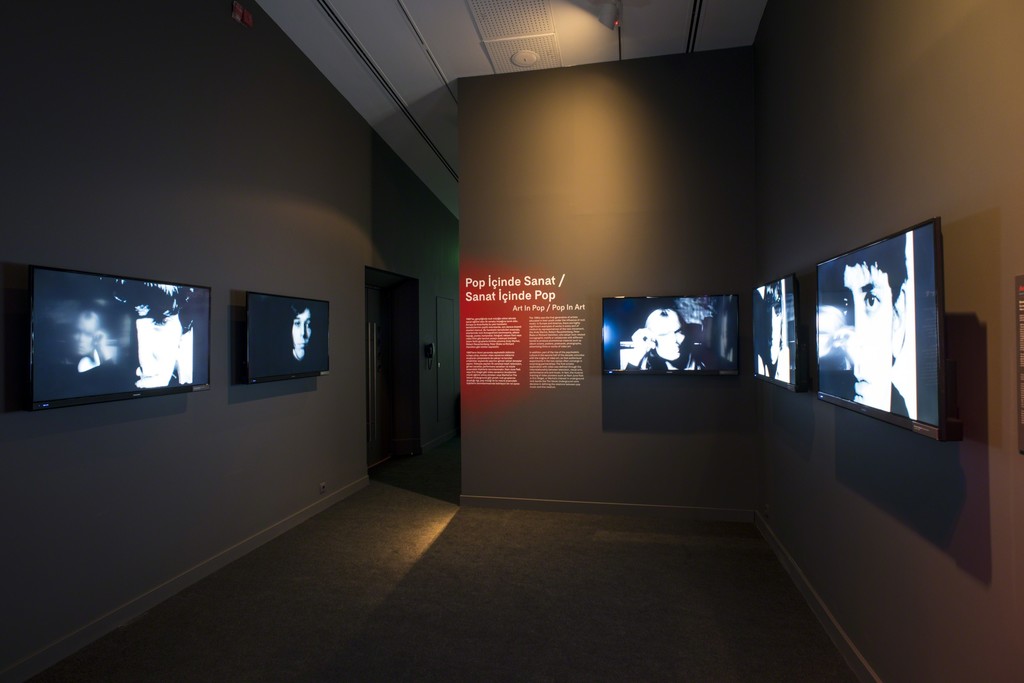 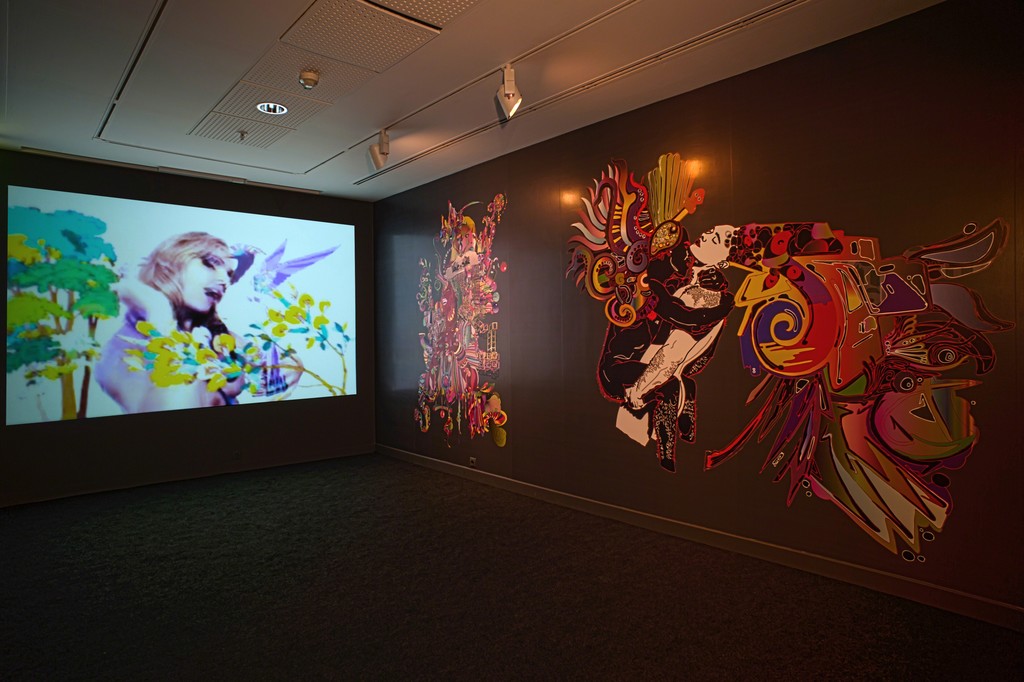 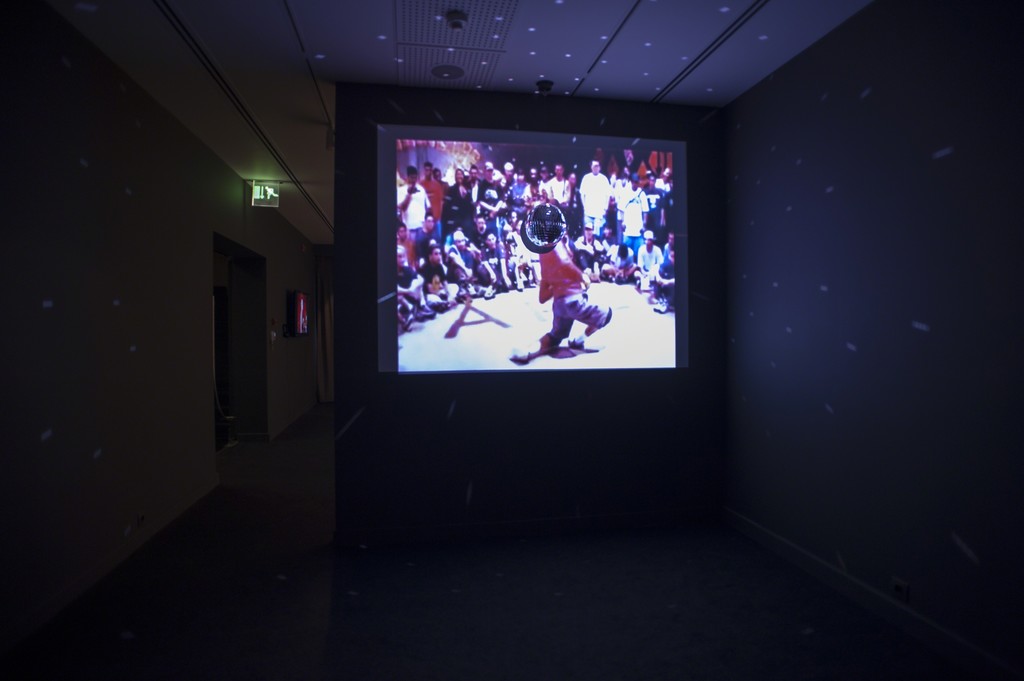 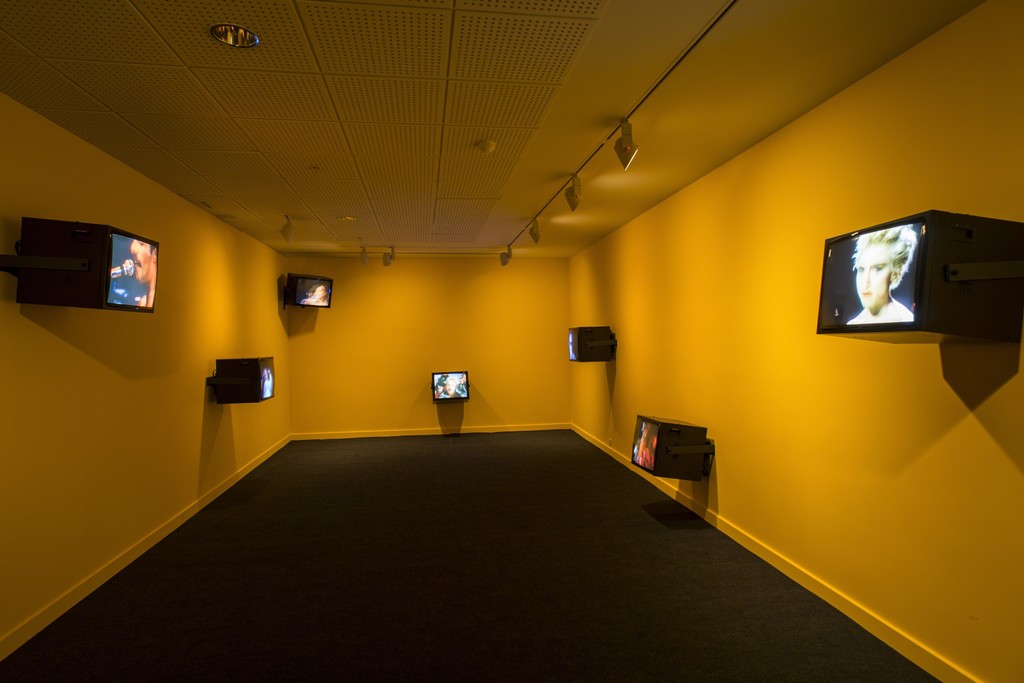 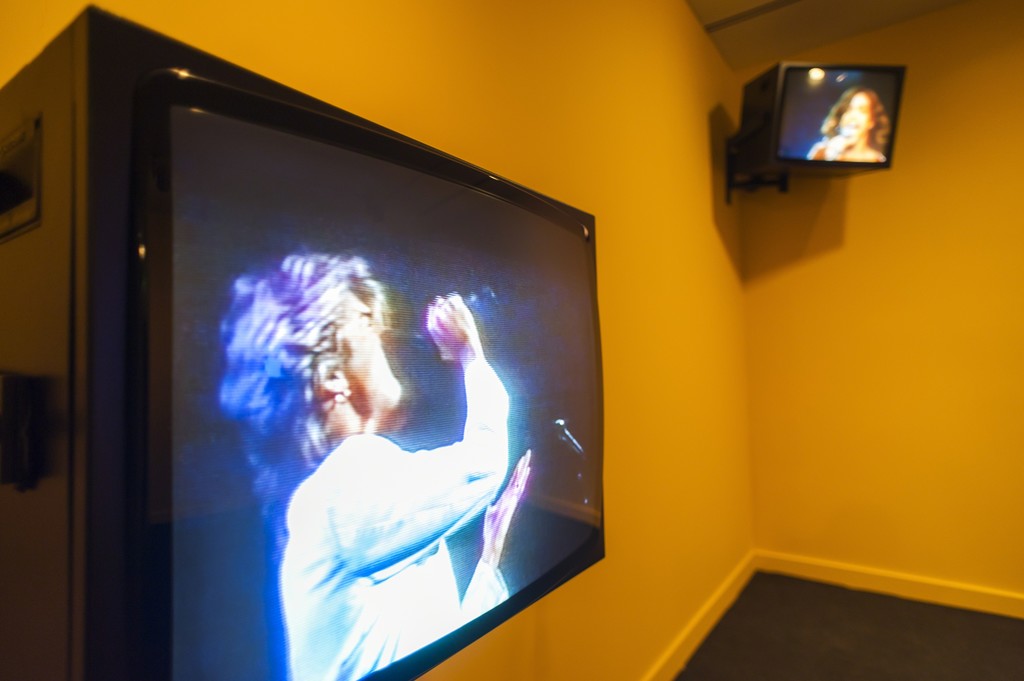 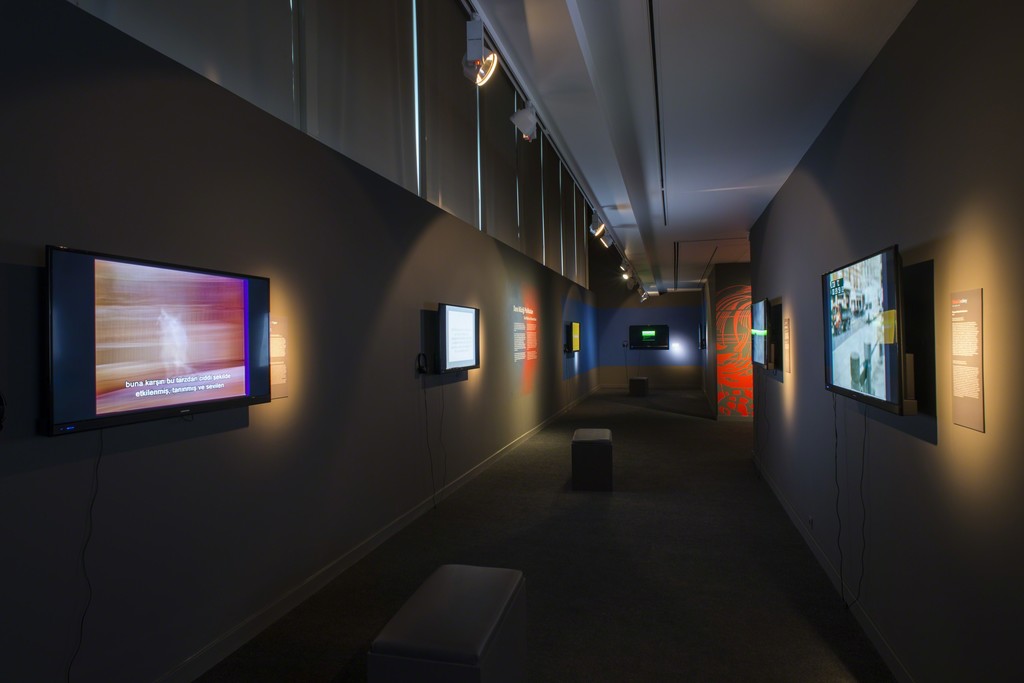 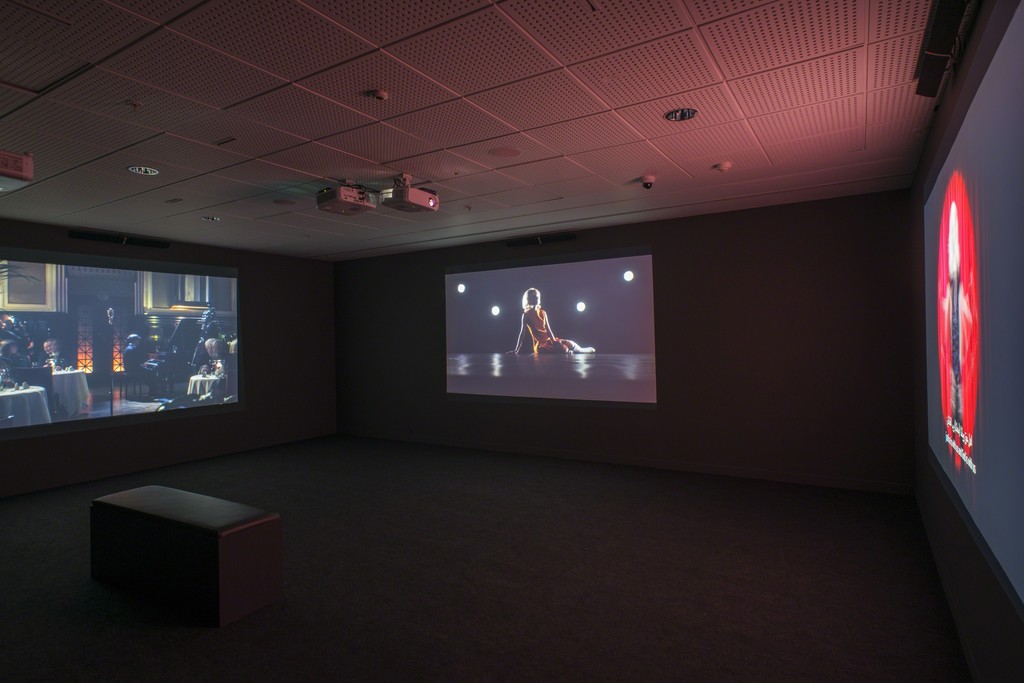 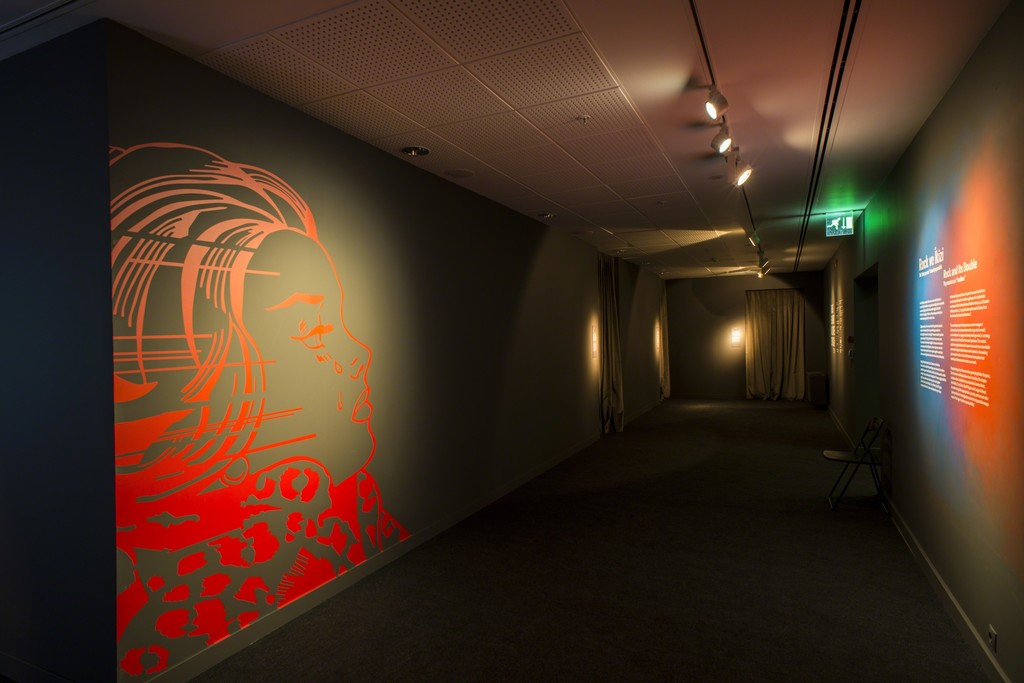 Pera Museum is proud to present This is Not a Love Song an intriguing and comprehensive exhibition exploring the crossovers and relations between video art and pop music. Curated by F. Javier Panera Cuevas, the exhibition This is Not a Love Song: Video Art and Pop Music Crossovers, features 26 works by 28 artists from the US, Japan, France, UK, Spain, South Africa, Iraq, Belgium and Canada. A diverse video screening program is also presented parallel to the exhibition.

This is Not a Love Song traces the genealogy of the relations between video art and pop music, emphasizing the moments in which they crossed roads from the 1960s to today. The exhibition consists of five chapters (Art in Pop / Pop in Art, Hysteria and Religion, Rock and Conceptual Art: ‘Non-musicians’ vs. ‘non-artists’, ‘Rock and Its Double’, Pop music as a ‘toolbox’, The Politics of Dance Music, The Politics of Dance Music) and includes significant works in the history of video art and experimental film that are formally and conceptually related to the iconography of pop and rock.

Many artists approached rock & roll, pop, psychedelia, glam, punk, soul, disco music, hip-hop, indie pop, electronic music or short-lived sub-genres and music trends developed over the last fifty years in some of their works, sometimes collaborating with different rock bands or recording their own albums. Similarly, most of the leading musicians of the last two decades were trained at art schools prior to their musical careers.

A hybrid genre par excellence, rock - long before the visual arts - emerged as the first post-modern cultural movement to dynamite the barriers between high and low culture, between the stage and everyday life, between ‘new artistic behavior’ and show business… During the 20th century artistic and musical practices travelled along parallel paths where the history of pop music is used as a toolbox, and experimental and subversive had unexpected and paradoxical encounters. Both the music industry and the art system tend to falsify, and therefore deactivate, the most awkward musical trends and artistic tendencies, turning any youthful revolt into consumer culture, with all the contradictions this gives rise to.

As a counterpoint to the video-installations exhibited in the galleries and the programs of music videos linked to the recording industry, two screening programs accompany the exhibition This is Not a Love Song that includes a selection of video art by contemporary artists who have appropriated the aesthetics of the music video and have deconstructed it since the 1980s. This sort of ‘antimusic- video’ defy the audiovisual stereotypes promoted by television channels like MTV to generate devices for reflecting and/or projecting political, social and cultural messages.

The exhibition This is Not a Love Song does not avoid these contradictions (which are present in the critical gaze of many of the artists in this exhibition) and suggests that the relations between music and the visual arts force us to reconsider another history of art, in which musicians and artists can position themselves either as actors in the hegemonic cultural system or as critical agents capable of producing small forms of resistance whose traces, as Greil Marcus would say, can be as intense and as short-lived 'as a lipstick stain that is removed but leaves a profound imprint on our memory...’

The exhibition is presented in collaboration with Screen Projects, Spain