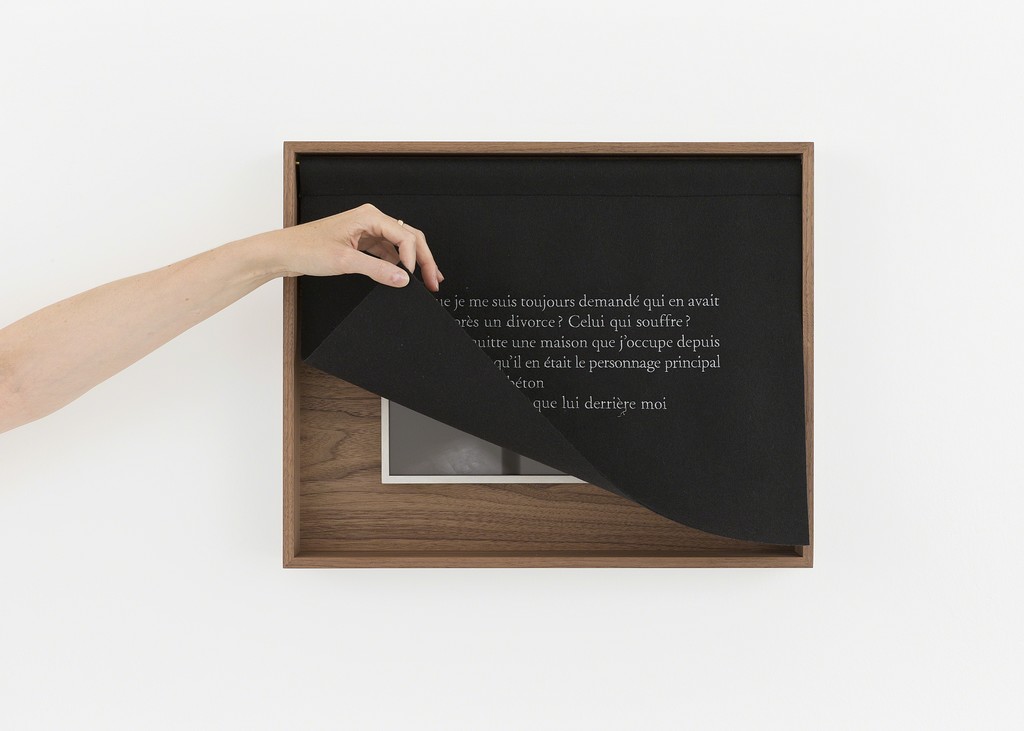 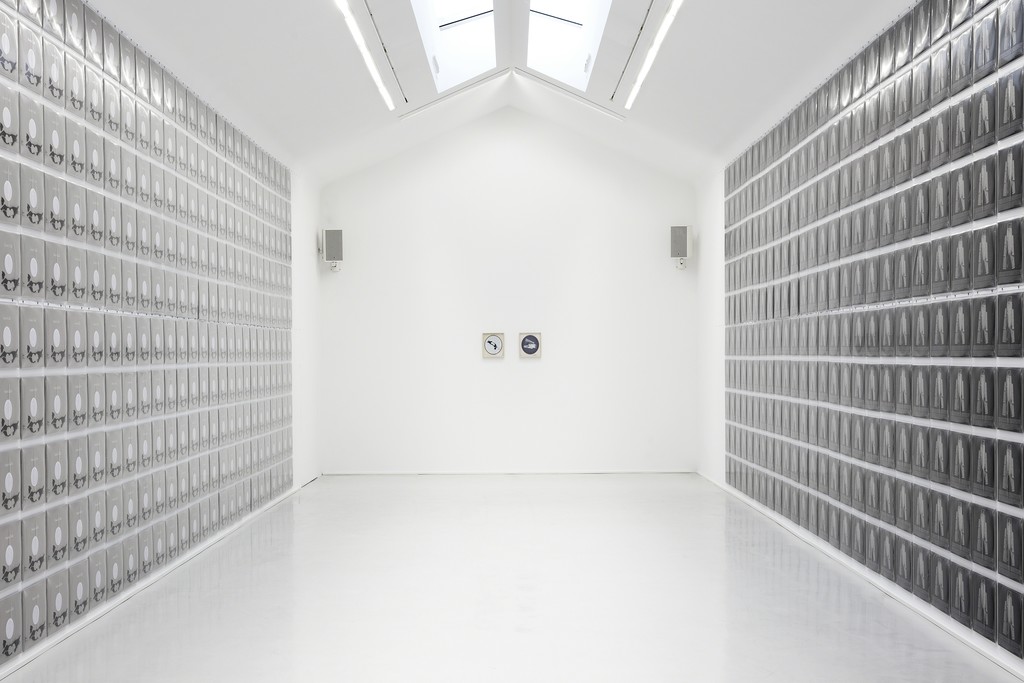 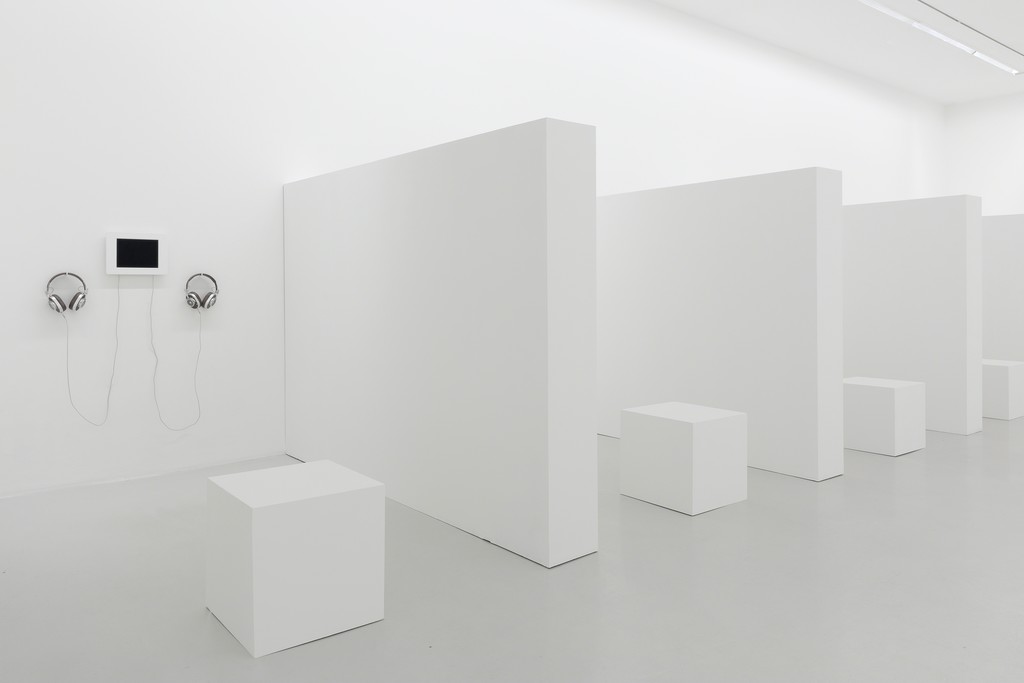 Perrotin Paris is pleased to present a solo exhibition of the work of Sophie Calle, the fifteenth since the gallery began its collaboration with the artist in 2001. For this exhibition, Sophie Calle brings us two new projects: Parce que and Souris Calle, in cooperation with some fifty musicians.

Sophie Calle is one of the most renowned French artists. For about fourty years, her work has been a combination of narratives, photography, performance and video ; blurring the lines between fiction and reality, the intimate and the public sphere. As Alfred Pacquement writes : “Sophie Calle is a first-person artist. In her works she directs herself, unreservedly, using direct language to recount stories she has lived, with impressive attention to detail. She turns onlookers into accomplices to her privacy and leaves them no way out.”

The exhibition opens with a series of new photographs from the series Parce que (Because) concealed by curtains embroidered with text for viewers to read before lifting the curtain to discover the image behind it. The text that begins with the word «Parce que» explains the reason why this image exists, why the artist chose this specific place or time. In such a way, “Parce que la tentation de la suivre” (Because the temptation to follow it) applies to La ligne blanche (2018), a photograph of a road divider line sinking under water, or «Parce que quoi d’autre après plus rien ?» (Because what else after nothing more?) precedes Plurien, cimetière (2018), a shot of a town exit sign opposite the Plurien cemetery. The justification for the photograph can thus be understood before the image, in a unique tautological rapport that questions the text-image relationship.

Sophie Calle is no stranger to the interplay between creators, partnering occasionally with authors (Paul Auster, Double Game) and artists (Greg Shephard, No Sex Last Night), among others. For her project «Souris Calle», shown for the first time at Perrotin, the artist called upon a team of around fifty musicians and singers, who each composed a piece of music in homage to Souris, the artist’s cat that died in 2014. The resulting compilation is in the form of a 3 LP set, the object itself mounted as part of the exhibition and its sound played in several rooms and listening alcoves: “The work of Sophie Calle (…) endlessly questions and redefines the idea of the author, enriched with increasingly complex processes of co-creations, palimpsests and hypertextuality2” writes curator Christine Macel. With this project, Sophie Calle further expands the notion of author to share the mourning and celebration of a loved one. As art critic Yve-Alain Bois describes, “(Sophie Calle) shares with the bereaved who, to contain their grief, elevate their dearly departed to an ideal of perfection.3” This monomania can take several forms, as in Exquisite Pain (1984–2003) or Take Care of Yourself (2004–2007). It leads here to a collaborative procedure with musicians, like an act of resilience to fill the void of the loss of Souris. “I remarked her obsessive return to the past that she conjures by cumulative snippets into what appears to be a more unitary whole.4” This album is more than a musical compilation; it is a complex piece of work that creates a unity in the absence.

The video Souris Calle (2018) is projected in an adjoining room: Sophie Calle recounts the seventeen years she shared with her cat, its personality, their habits, and the empty space left by its death.

The exhibition finishes with a selection of works from the series “Autobiographies” tied to Souris’ death. Juxtaposing framed texts with photographs, these “Autobiographies” are one of the artist’s most celebrated series. Since 1991, they have been exhibited around the world: the Musée d’Art Moderne et d’Art Contemporain de la Ville de Paris, the Tel Aviv Museum of Art, Sprengel Museum Hannover, and the Centre for Fine Arts in Brussels (BOZAR), to name a few.
Art historian RoseLee Goldberg said of her that “she has made her life a continuous performance5” . Between collaborative projects, appropriations and games, Sophie Calle has developed a singular oeuvre, one with autobiographical pretexts but a universal reach.