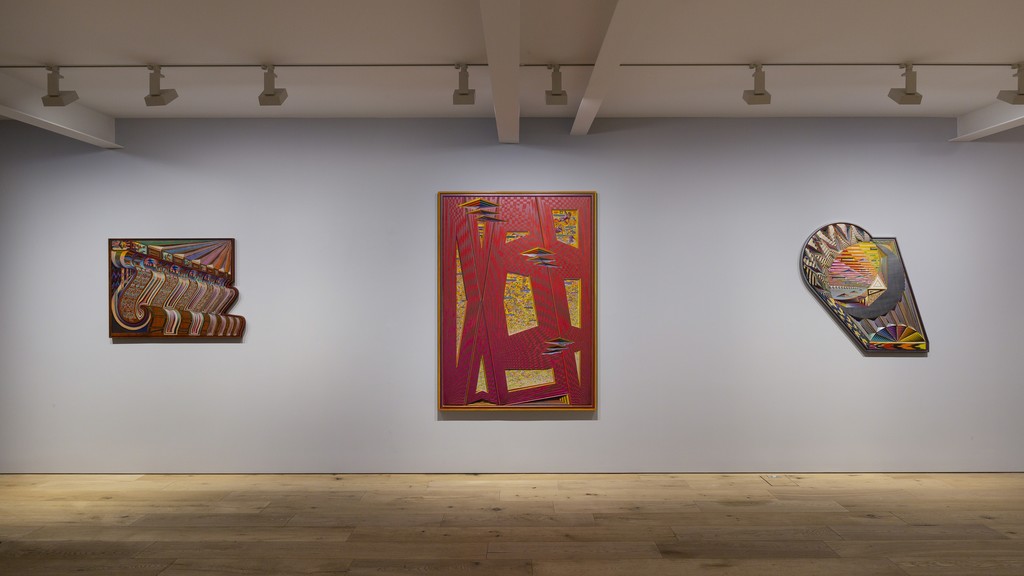 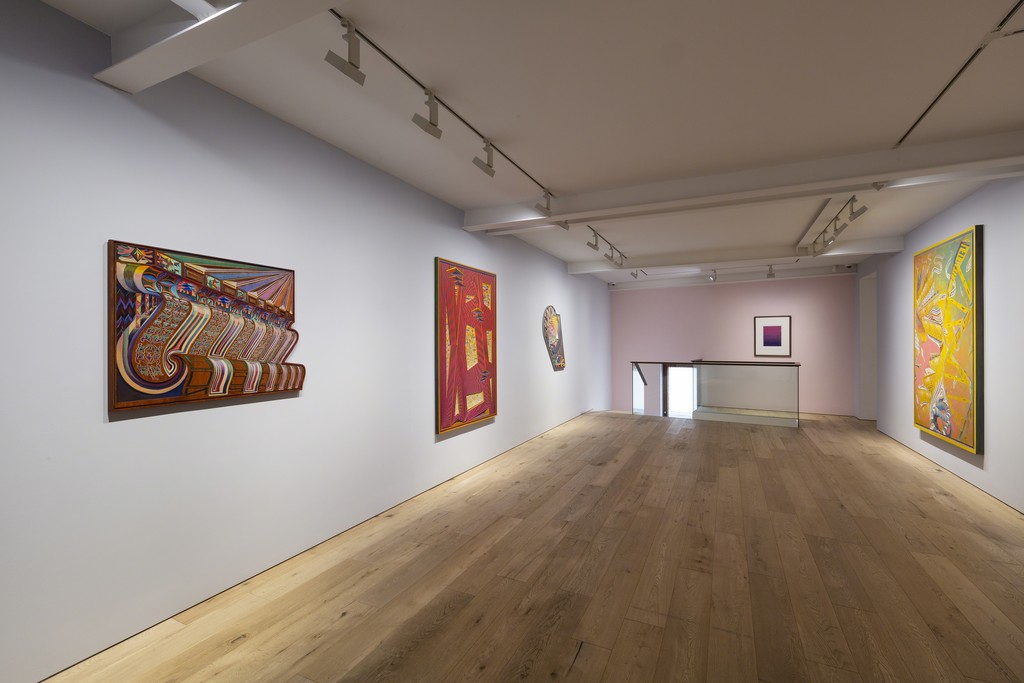 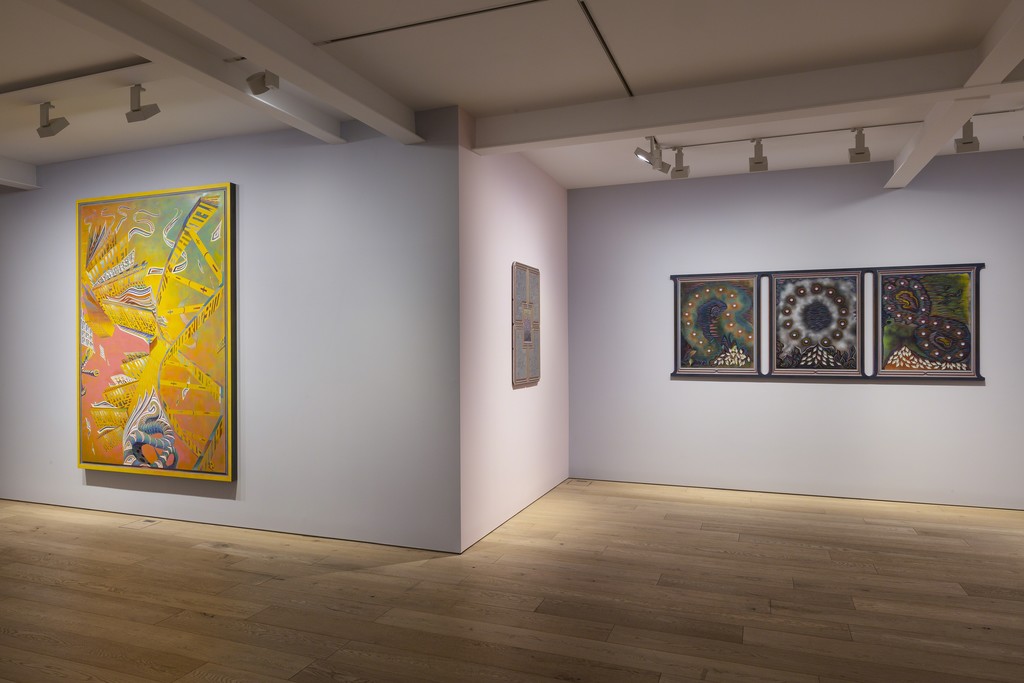 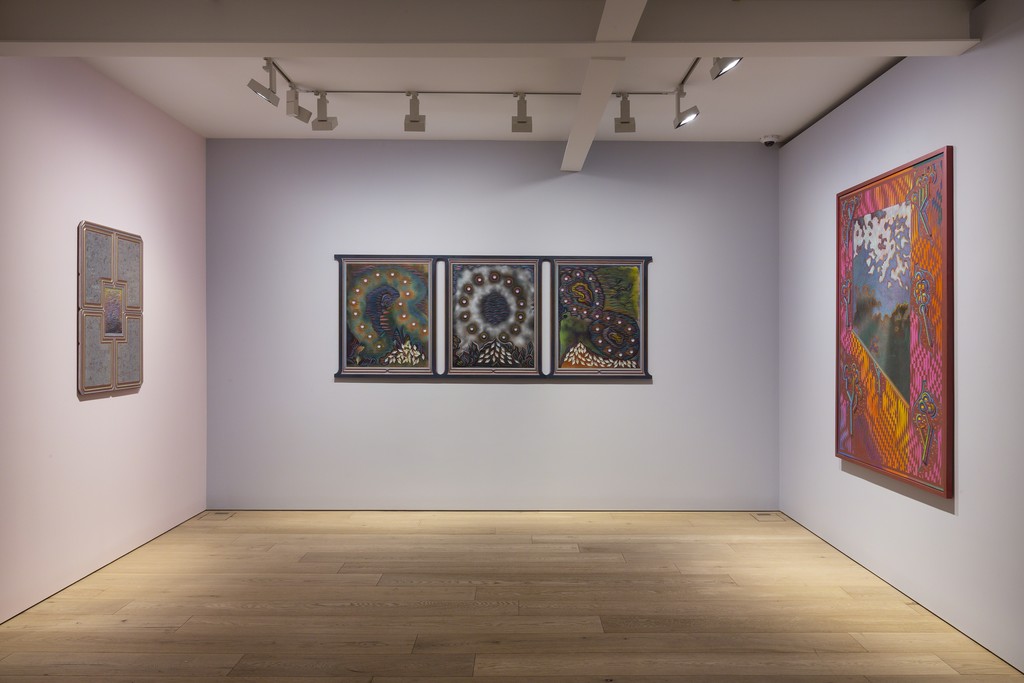 Perrotin Seoul is happy to announce Zach Harris’ first show in Asia and his second with the gallery.

Zach Harris’ carved panel paintings unfold complex utopian and dystopian worlds. His psychedelic visions, which almost verge on abstraction, immerse the viewers into the unfathomable depths of mysterious cosmologies. In a way similar to that of late-nineteenth-century symbolism, the art-historical density of his aesthetics is haunting.
While the bright coloring of his obsessively detailed paintings is reminiscent of the highly demanding art and ornamental quality of Persian miniature, his intricate hand or laser-engraved frames also evoke the elaborate woodwork of Christian altarpieces.

The meticulous repetition of painted and carved motifs in his paintings operate as mantras for this fervent practitioner of mediation.
It further creates a hallucinatory play between materiality of the relief and its optical illusion, which brings to mind the radial vibrancy and the spiritual dimension of Tibetan mandalas. Zach Harris’ syncretic art suggests timeless rituals, which whether lost or prescient, have yet to be deciphered.

Born in 1976 in Santa Rosa, California, Zach Harris lives and works in Los Angeles. Harris’ work is included in several public collections, including The Hammer Museum, The Santa Barbara Museum of Art, Princetown University Art Museum and in many prominent private collections such as The Rachofsky Collection, Dallas, TX and Marciano Collection, Los Angeles, CA.
Past solo exhibitions include “Echo Parked In A No Vex Cave” at David Kordansky Gallery, Los Angeles, CA in 2013; “Central Park In A No Vex Cave,” at Zach Feuer, New York, NY in 2013, “Must Chill,” at Feuer/Mesler Gallery, New York, NY in 2015 and “Purple Cloud” at Perrotin Paris in 2017. Past group exhibitions include “Made in L.A,” at the Hammer Museum, Los Angeles, CA in 2012 and “Unorthodox” at the Jewish Museum, New York, NY in 2015.