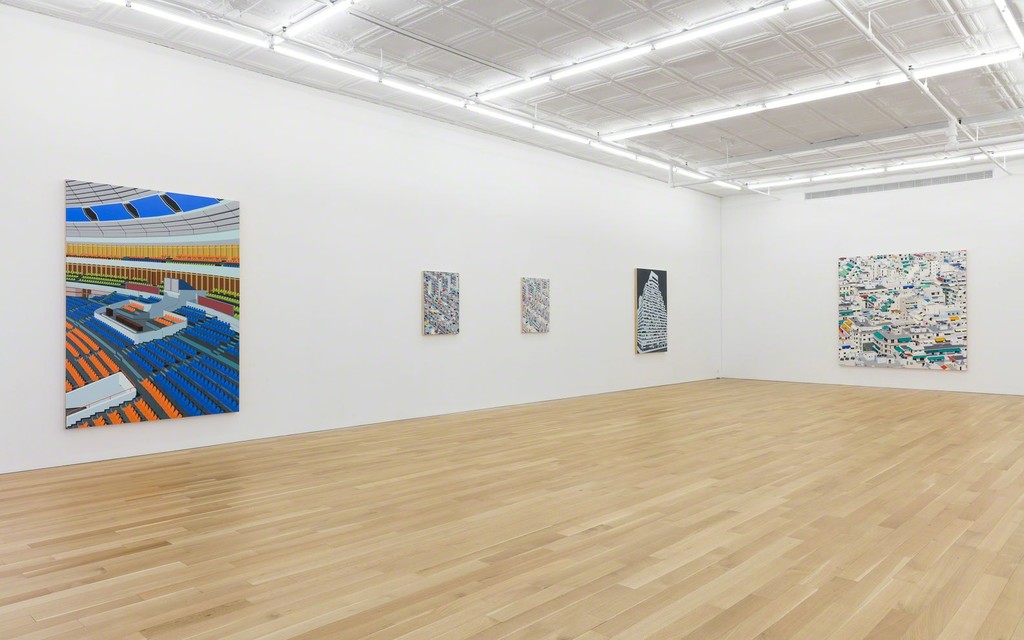 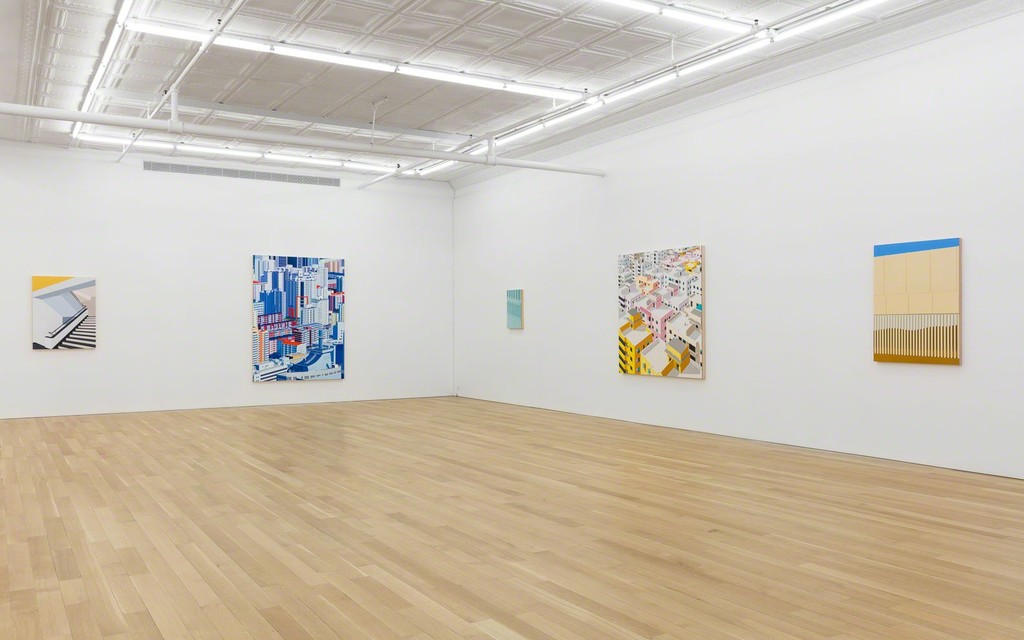 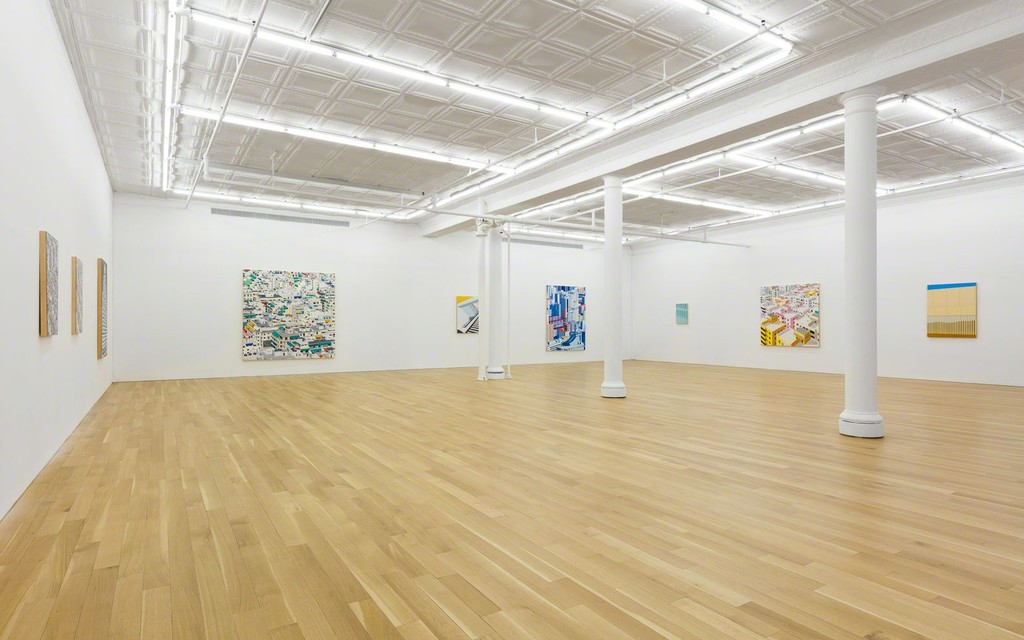 Peter Blum Gallery is pleased to announce an exhibition of new works by Daniel Rich entitled "Never
Forever" at 176 Grand Street, New York. This is the artist’s second solo show with the gallery. There will bean opening reception on Friday, April 13, from 6 to 8 p.m. The exhibition runs through May 26, 2018.

The paintings in "Never Forever" offer points of entry to consider architectures’ ability to serve as a symbolic backdrop for unfolding political events and changing power structures. The paintings, most often of the built environment, are always devoid of people—the human figure is implied through the presence and perspective of the viewer. Rich appropriates imagery found in newspapers and online in response to investigative journalism, literature and the news of the day. These source images get digitally altered and meticulously transcribed onto the surface of the painting panels. Each shape of the image then gets stenciled and painted individually with acrylic, creating densely rich, saturated surfaces constructed one shape and color at a time.

"Bauhaus, Dessau", a seminal work in the show, depicts a stairwell in the former school based on a photograph taken by Rich. The painting reflects on the political climate during the time the Bauhaus was in operation - the 1920’s and 30’s, and serves as a framework through which to consider the other paintings in the exhibition which depict places evoking authoritarianism, globalism, the rise of right-wing populism, and locusts of power. The works implicitly call into question our current political climate and contemplate with uneasiness what the future may hold.

Daniel Rich’s political consciousness has been largely shaped by his upbringing—born to British parents, spending his formative years in Ulm, Germany before moving to the US in 1996. Skateboarding, punk music, and graffiti culture brought about a keen awareness of how urban environments are influenced by politics, national identity, migration and the legacies of war.