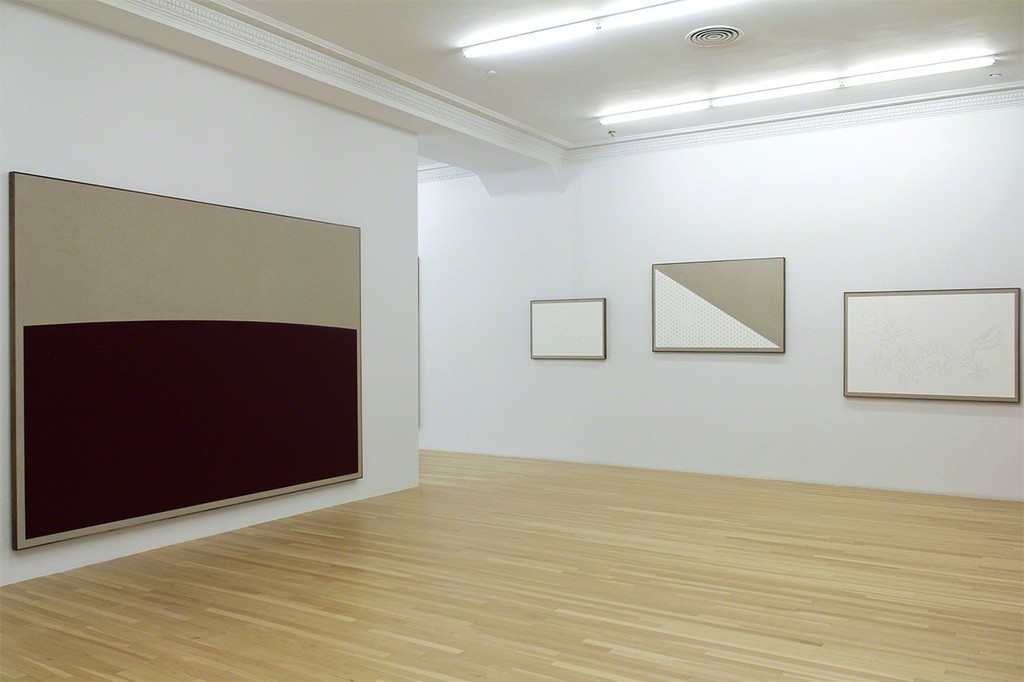 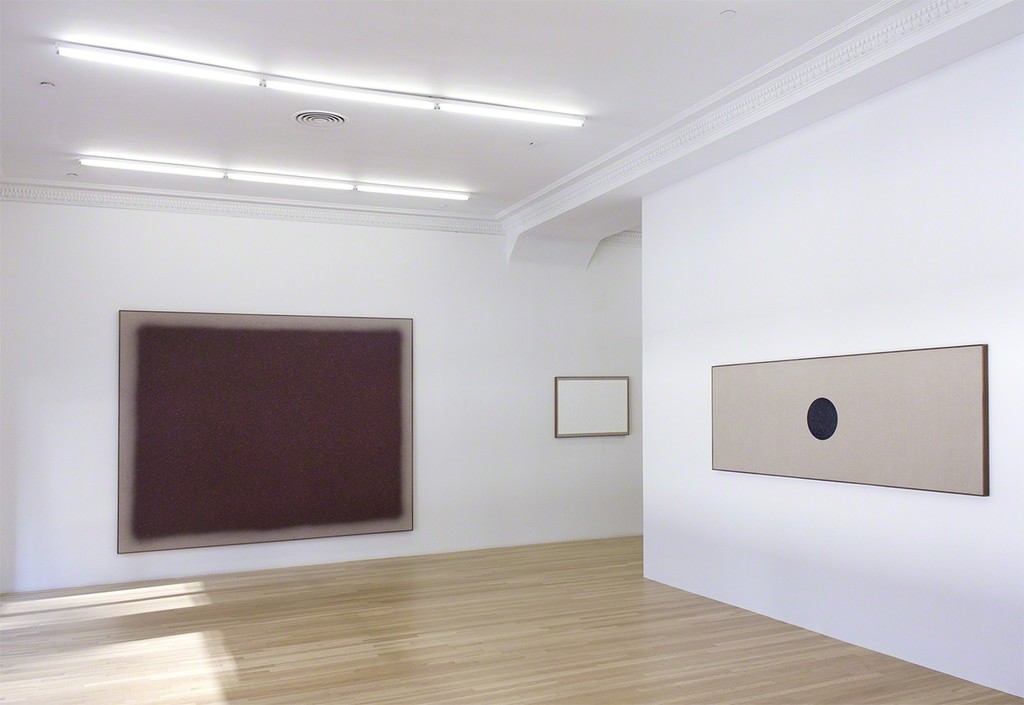 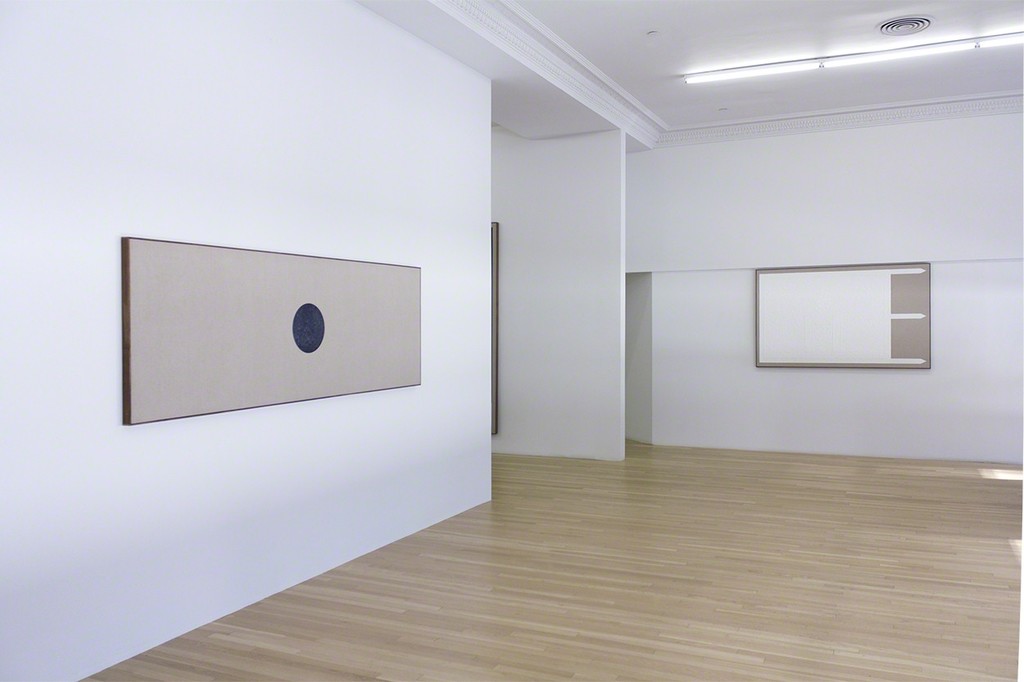 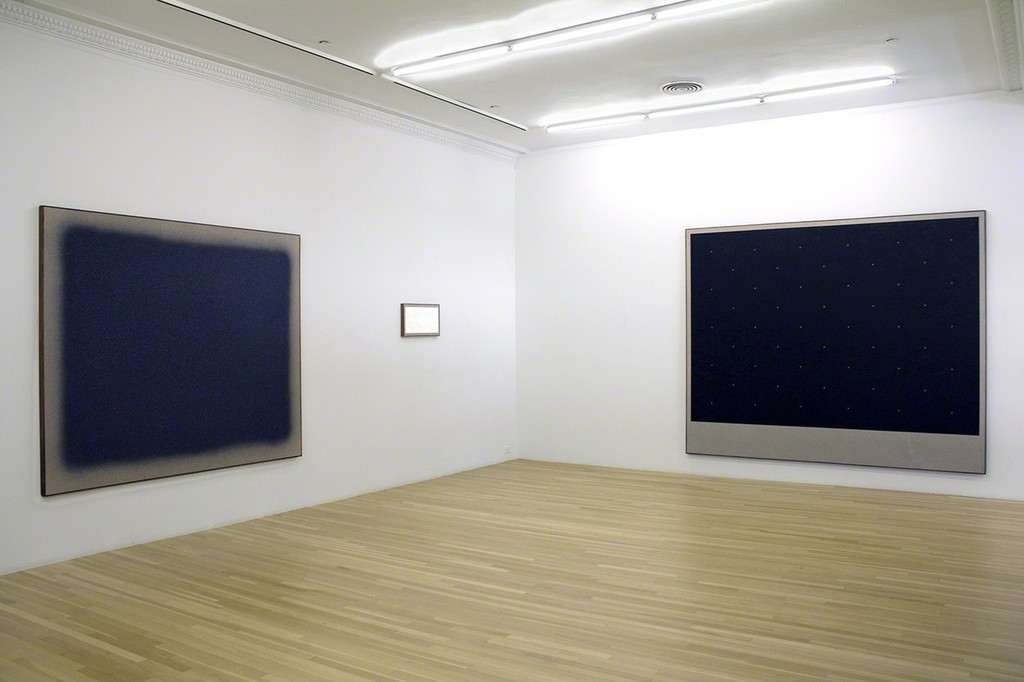 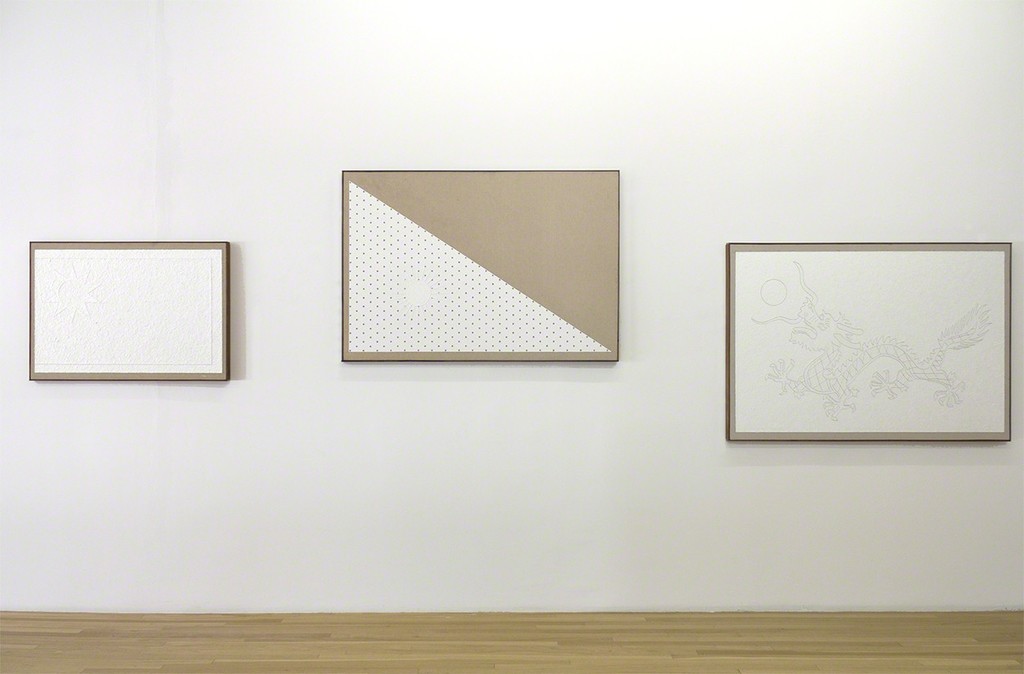 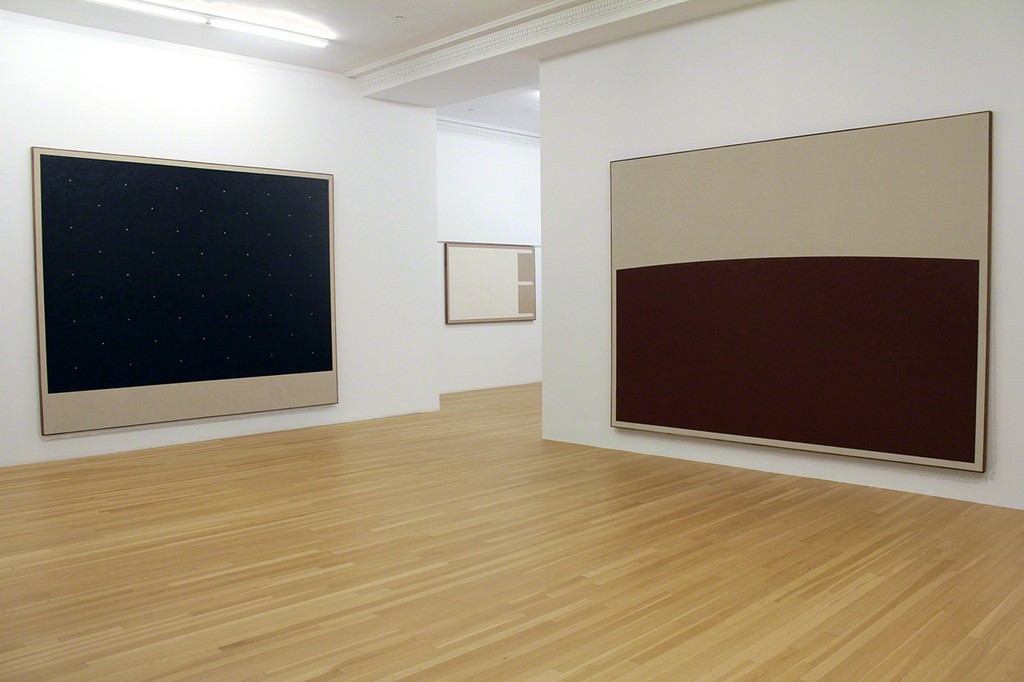 Paul Fägerskiöld
OBAFGKM
September 9 – October 22, 2016
Peter Blum is pleased to announce an exhibition of new paintings by Paul Fägerskiöld. OBAFGKM is the first exhibition of the artist’s work at Peter Blum Gallery on view at 20 West 57th Street, New York. There will be an opening reception on Friday September 9, from 6 to 8 p.m. The exhibition runs through October 22.
The title of the exhibition, OBAFGKM (also known by its mnemonic device “Oh Be A Fine Girl/Guy Kiss Me”) is derived from the spectral classification of stars, with each letter representing a particular range of surface temperature and color. We define and classify stars using these letters as a way to represent concepts that would otherwise be difficult or impossible to fathom. For this exhibition Paul Fägerskiöld will present new oil on linen paintings that continue his investigation into how we measure our experience and perception of the world through language and symbols. The exhibition will include three interconnected branches of the artist’s practice: White Flags, Landscapes, and Spray paintings.
The White Flag works represent flags of nations that no longer exist and are painted only with white, removing all of the color and in part the identity of the original. The artist has chosen flags that incorporate the symbol of the sun, our most primitive symbol and fundamental measure of time. The scale of each painting is enlarged or reduced according to the logic of maintaining an identical size for each sun, which becomes a marker to measure the exhibition space.
The Landscapes consist of large-scale canvases painted with single reduced forms that float on the greater field of raw linen. In these works skies and landscapes act as a ground for the re-configuration of meaning and symbolic signification. Stars and horizons appear as unpainted negative spaces in between large expanses of solid shapes—existing at once as pattern and atmospheric image. These works challenge and engage with the various ways in which we read pictorial depth.
In the Spray paintings, the artist applies delicate layers of spray paint on linen to create hovering fields of color. These paintings expand and contract depending on the distance at which they are seen. At a distance the confines of the framed painting create a defined area of perception. Up close, the overall color breaks down into its tiny constituent dots—going deeper into a boundless space and at the same time into the materiality of the physical surface of the painting.
When seen together, these paintings create a constellation of meaning that traverses time, scale, and language.
Paul Fägerskiöld was born in 1982 in Stockholm, Sweden. He lives and works in New York. He graduated from the Royal Institute of Art in Stockholm in 2010. He has exhibited widely in galleries in Europe and the USA including Galerie Nordenhake, Stockholm, Sweden (2016); Andersens Contemporary, Copenhagen (2014); PRISM, Los Angeles (2013). He has exhibited in numerous museums, including the Bonniers Konsthall, Stockholm, Sweden (2016 and 2010); Moderna Museet, Malmo, Sweden (2013); Artipelag, Varmdo, Sweden (2010); Wanas Skultpurpar, Wanås (2010). He has been awarded the Fredrik Roos Art Grant and Maria Bonnier Dahlins Award for young artists.
For additional information and photographic material please contact David Blum at [email protected]
Gallery hours: Tuesday-Friday, 10am-6pm; Saturday, 11am-6pm.