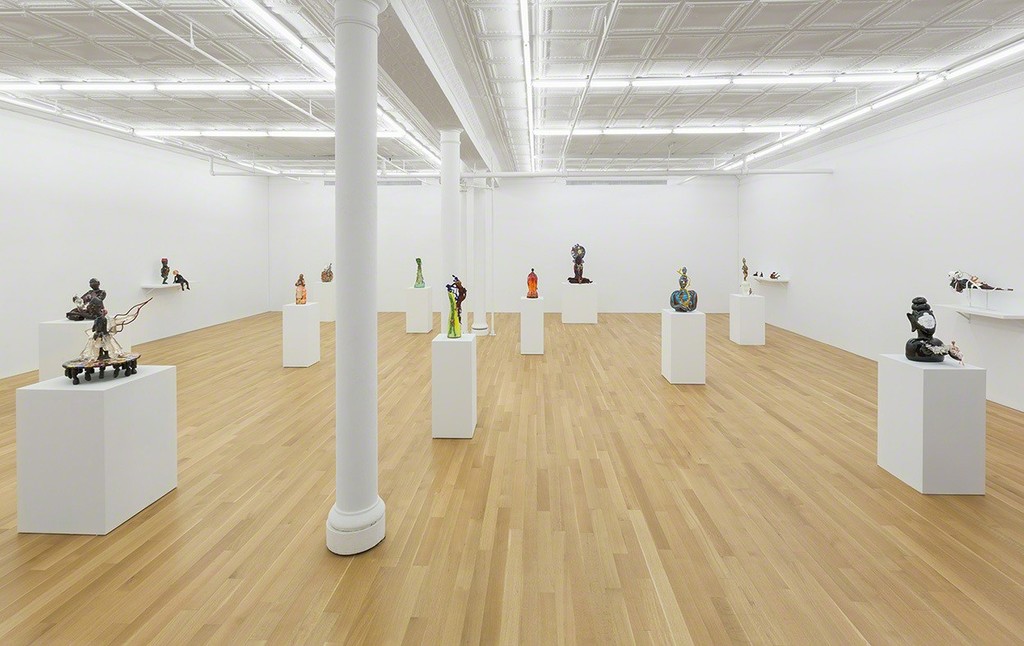 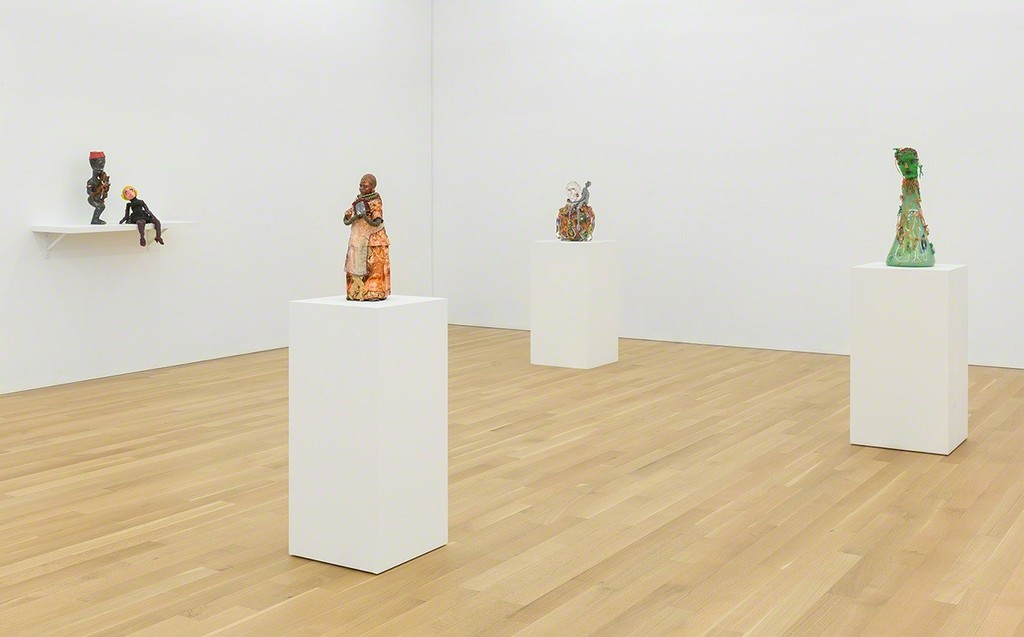 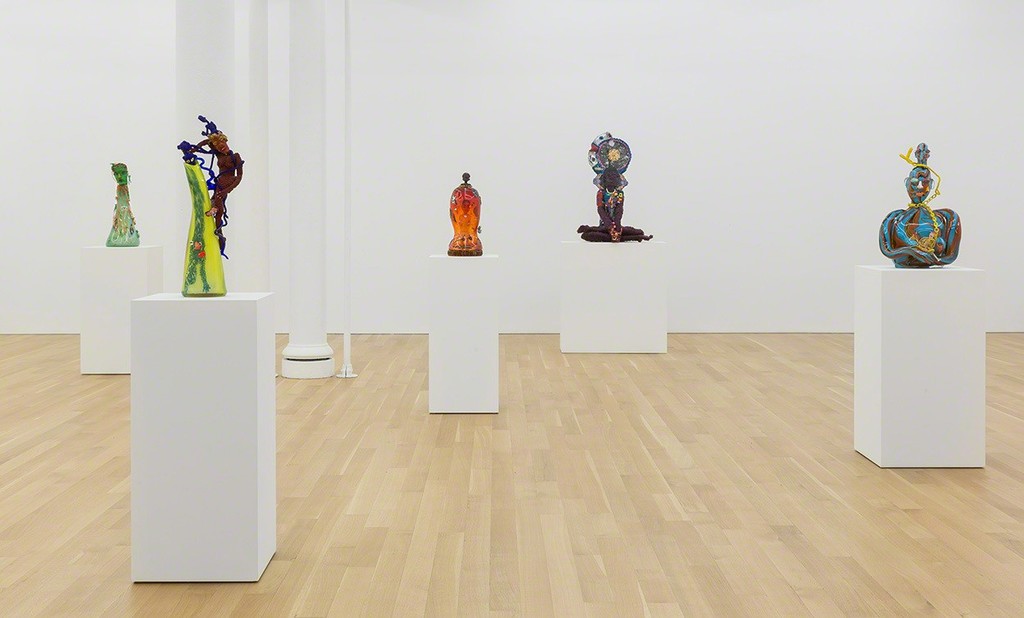 Peter Blum Gallery is pleased to announce an exhibition of sculptural works by Joyce J. Scott entitled "What Next and Why Not" at 176 Grand Street, New York. This is the artist’s first solo show with the gallery. There will be an opening reception on Thursday, September 27, from 6 to 8 p.m. The exhibition runs through November 10, 2018.

This exhibition will focus on works made since the year 2000, that bridge the gap between craft aesthetics and contemporary sculpture. The group of approximately 20 sculptures incorporates Scott’s trademark beadwork with, blown glass, found objects, and mixed-media. Scott’s visual lexicon integrates elements from a wide variety of cultures and spiritual traditions, including influences from her post graduate studies in Mexico, West African Yoruba weaving techniques, Native American and transcendent Buddhist belief systems, and perhaps most importantly, American Southern traditions of quilting, weaving, and beadwork which are deeply rooted in her own family history.

The visual richness of the objects is held in stark contrast to the weight of the subject matter that they explore. The works dive deep into issues of class, race, gender, and violence, often mining history to better understand the present moment. The sculptures embed cultural critique within the pleasurable experience of viewing a pristinely crafted object. This dichotomy is at the center of Scott’s practice and this exhibition. The titles of the works provide an entry point into the narratives at play. For example, "Sex Traffic 2", 2017, depicts a floating nude female figure made of dark brown/green blown glass, embraced by an intricately beaded white skeleton. In "War Woman II", 2014, Scott combines an African sculpture with mosaic glass, beads, metal keys and a group of cast glass guns. Scott’s works delve into the extremes of human nature—conflating humor and horror, beauty and brutality—all the while infusing a deep sense of humanity into the complex conversations of the day.