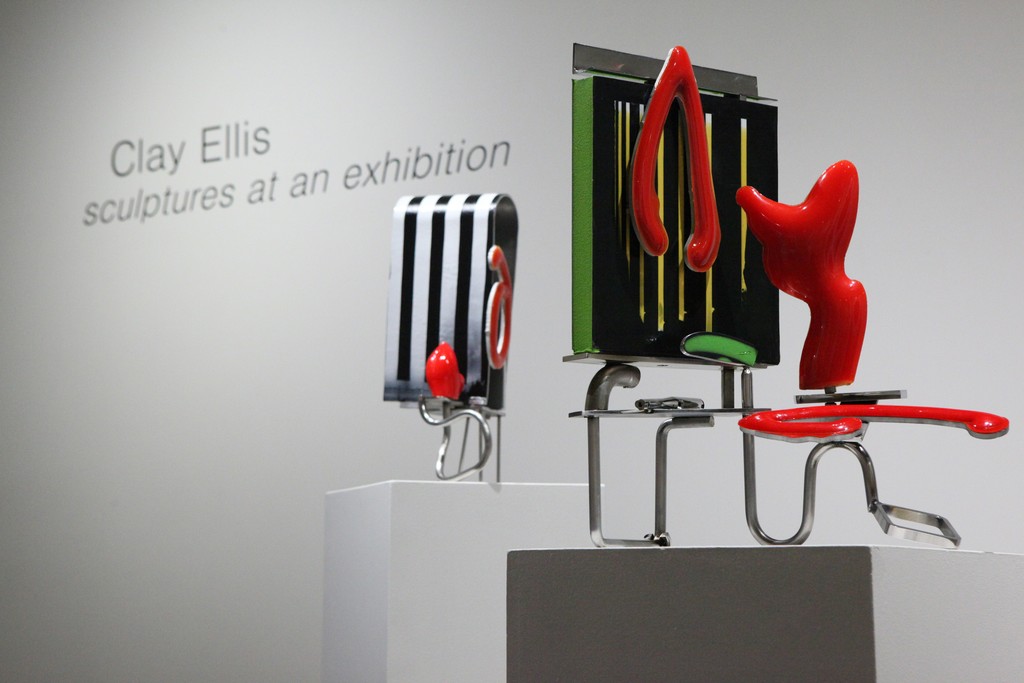 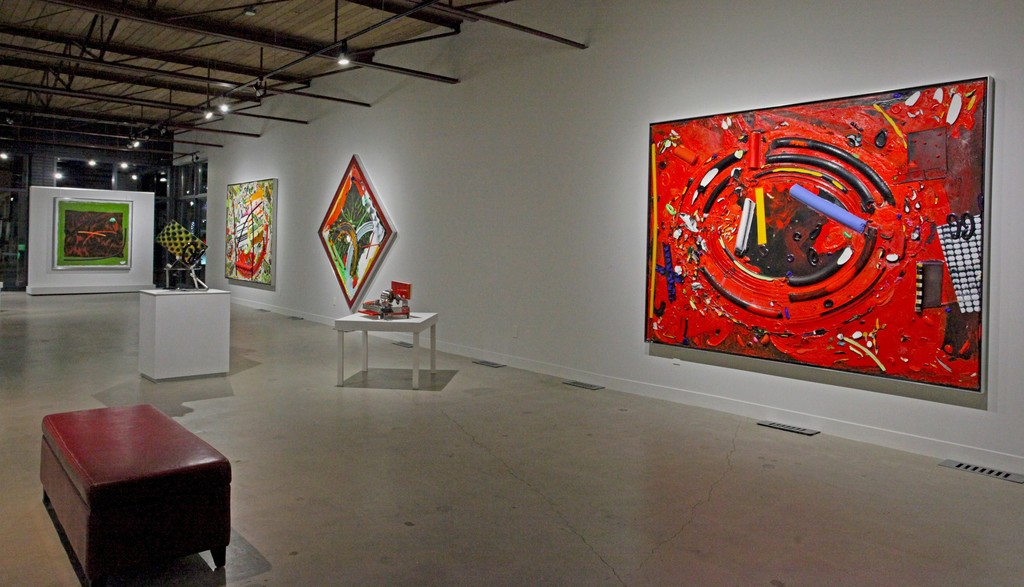 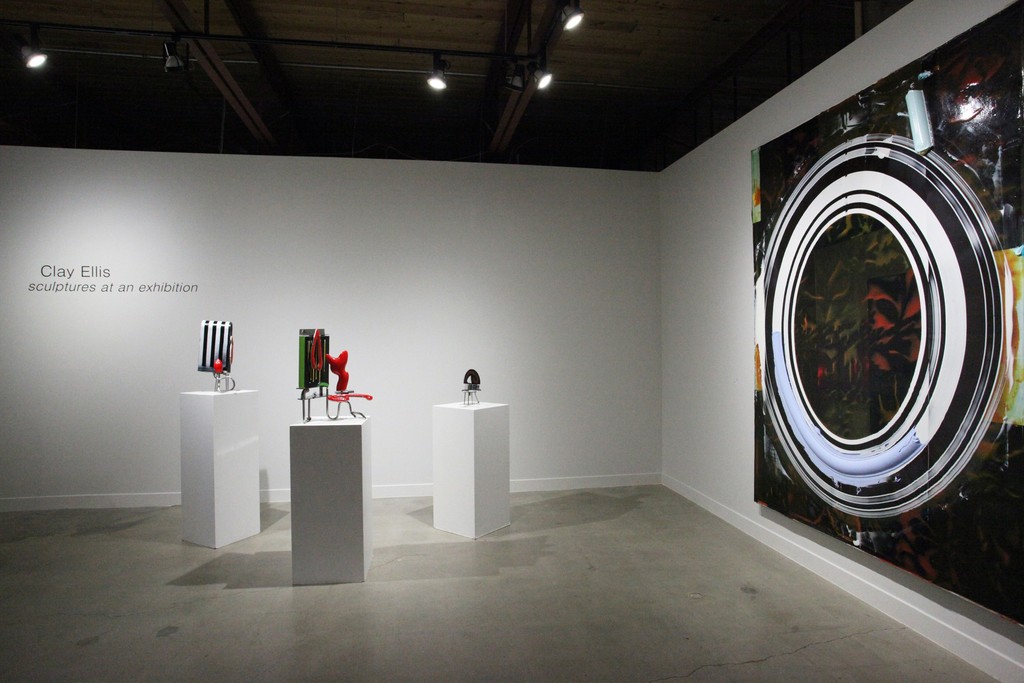 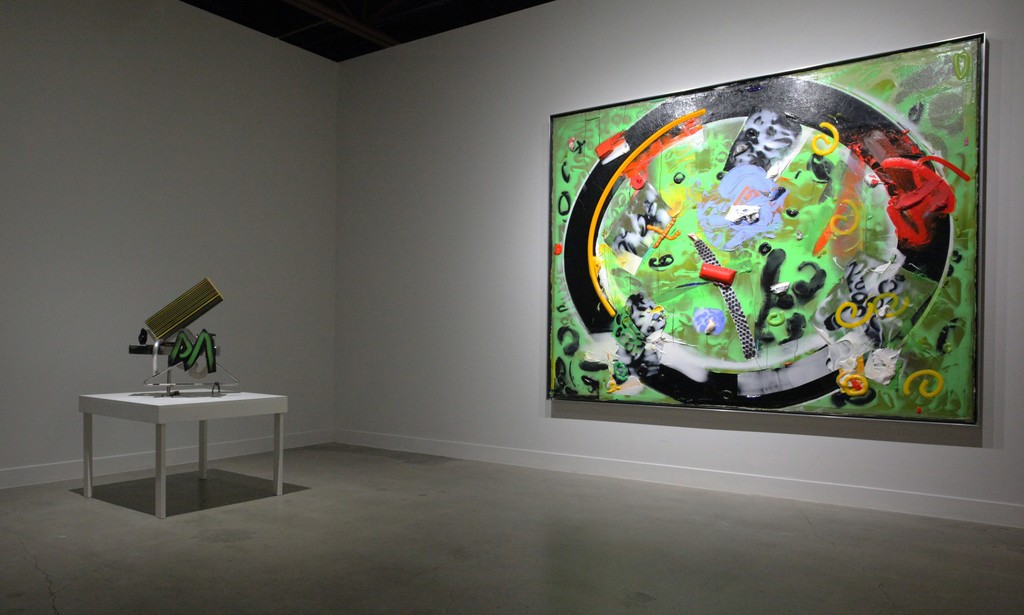 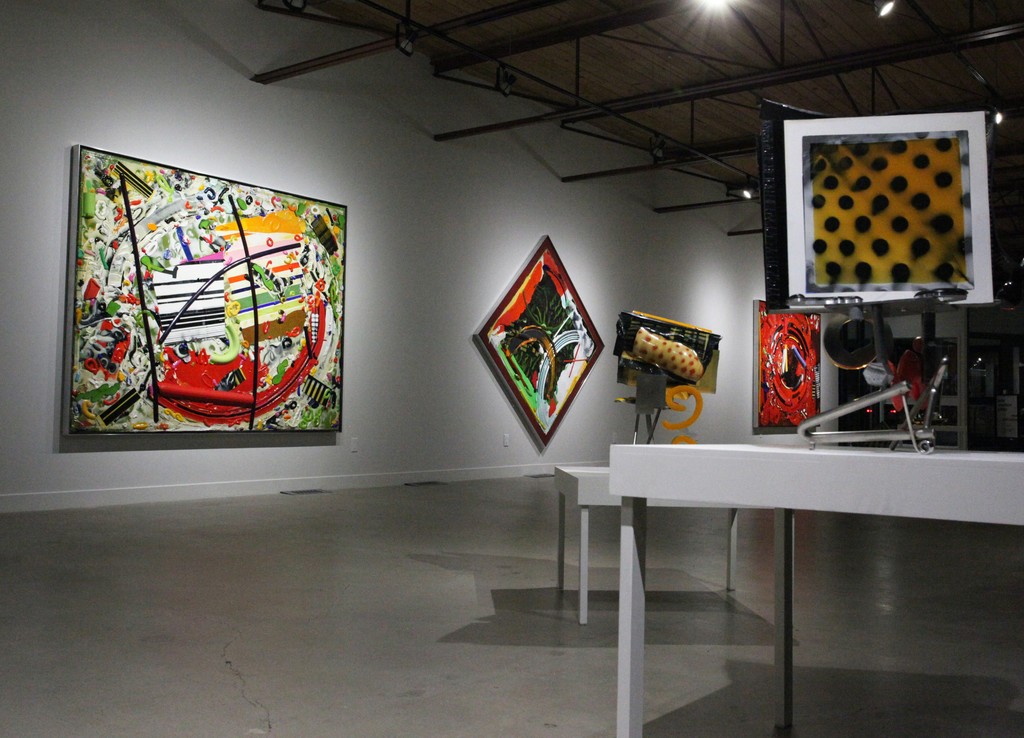 The wordplay of Clay Ellis’ title, “Sculptures At An Exhibition”, carries more meaning
than a simple reference to Modest Mussorgsky’s “Pictures At An Exhibition”. Ellis’
approach to making art is anything but simple, and extends well beyond the irony of
associating his latest exhibition with the 10-movement piano piece that itself was
inspired by an art exhibition.
In fact, “Sculptures” is significant because he has applied work methods developed for
wall reliefs to the sculptures – both of which are included in the show. “Over the past
four years I’ve refined a number of processes,” he says. “With these pieces, it’s the first
time that I was able to pull some of the marks from the wall paintings and apply them to
the sculpture process.”
The “marks” he refers to are part of what he terms his “vocabulary”, and are key
elements in his work. He uses the term often to describe a repertoire of recurring
images that he has assembled over his 40-year career. Some elements originate from
his early years growing up on a ranch near Medicine Hat and stem from the landscape
and ranch life, such as the tooled leather patterns that have made their way up from
Mexico, or textures of a fresh brand on a calf’s hide. “As soon as you start looking at
those patterns and realize how abstract they are, it’s not much of a leap for me to take
those images and turn them into a vocabulary that I use on a daily basis,” he says.
He has long used his vocabulary on the wall reliefs where they are applied as both
background or foreground elements – typically defined, or partially enclosed by
sweeping, circular strokes of colour. Thus, a leather tool-inspired pattern may appear in
the background, while other repeated marks include a symmetrical pattern of dots,
much like a sieve, or a grater; variations sometimes sit on the surface, or protrude,
stretched over an irregular half-cylinder-like shape.
“I have always looked at the wall pieces as reliefs,” Ellis says. “Now, I’m applying the
same vocabulary of images used for those reliefs on to free-standing structures,
allowing the viewer to look at the work from multiple angles.”
He also further integrates the coloured elements by taking advantage of the reflective
quality of the polished aluminum and stainless steel components.
“My use of imagery with a vocabulary is akin to music – it’s like building a soundscape,”
he says. “I’m more interested in a combination of things coming together rather than
having a starting point as a clear concept.”
Born in Medicine Hat, Alberta, Canada in 1955, Clay Ellis grew up on a ranch. He
currently resides in Edmonton, Alberta, where he has maintained a studio since 1981.
His work has been included in numerous exhibitions in England, France, Spain,
Botswana, the USA, and Canada, and he has created public commissions for the cities
of Vancouver, Medicine Hat, Red Deer, and Edmonton. Ellis’ work can be found in
public collections across Canada, as well as internationally with the Museum of
Contemporary Art, Barcelona, Spain; Triangle Trust, New York, USA; and the National
Gallery of Botswana. Clay Ellis was inducted into the Royal Canadian Academy of Arts
in 2014.
-by Stuart Adams