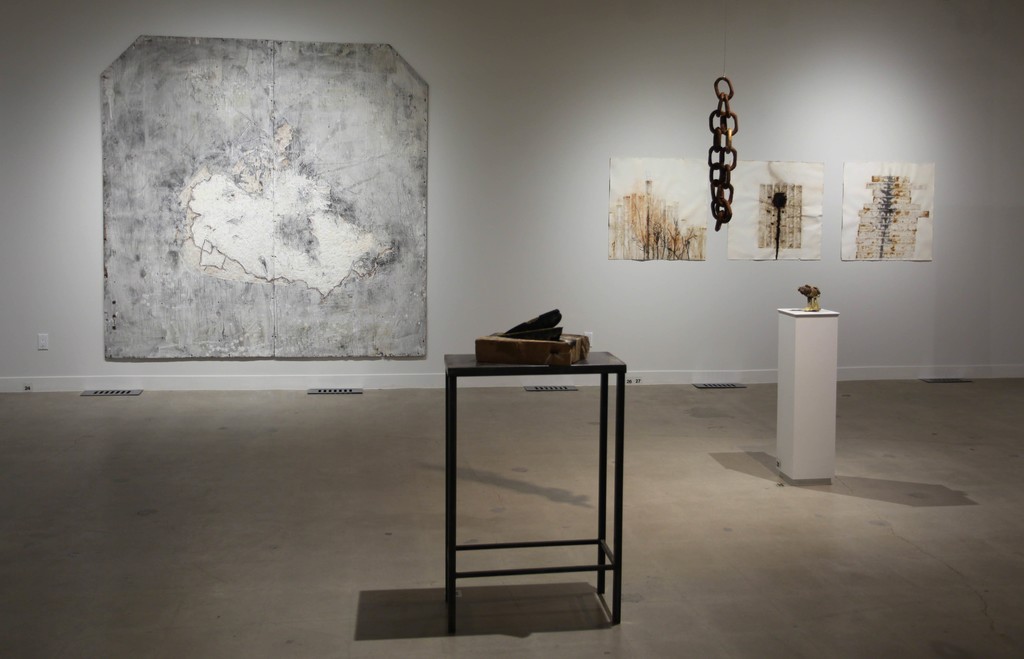 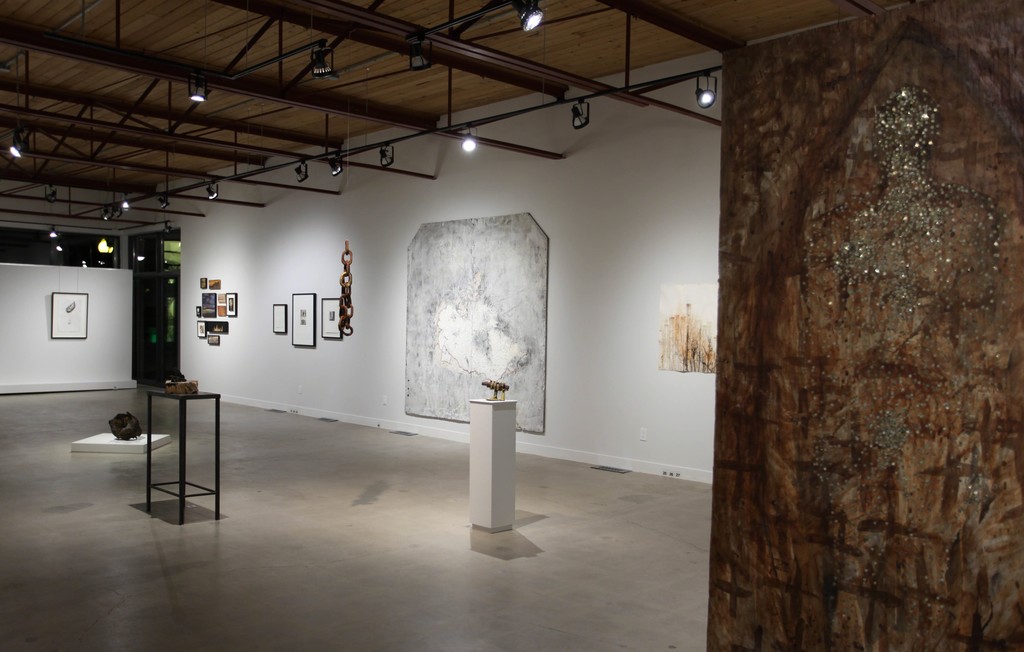 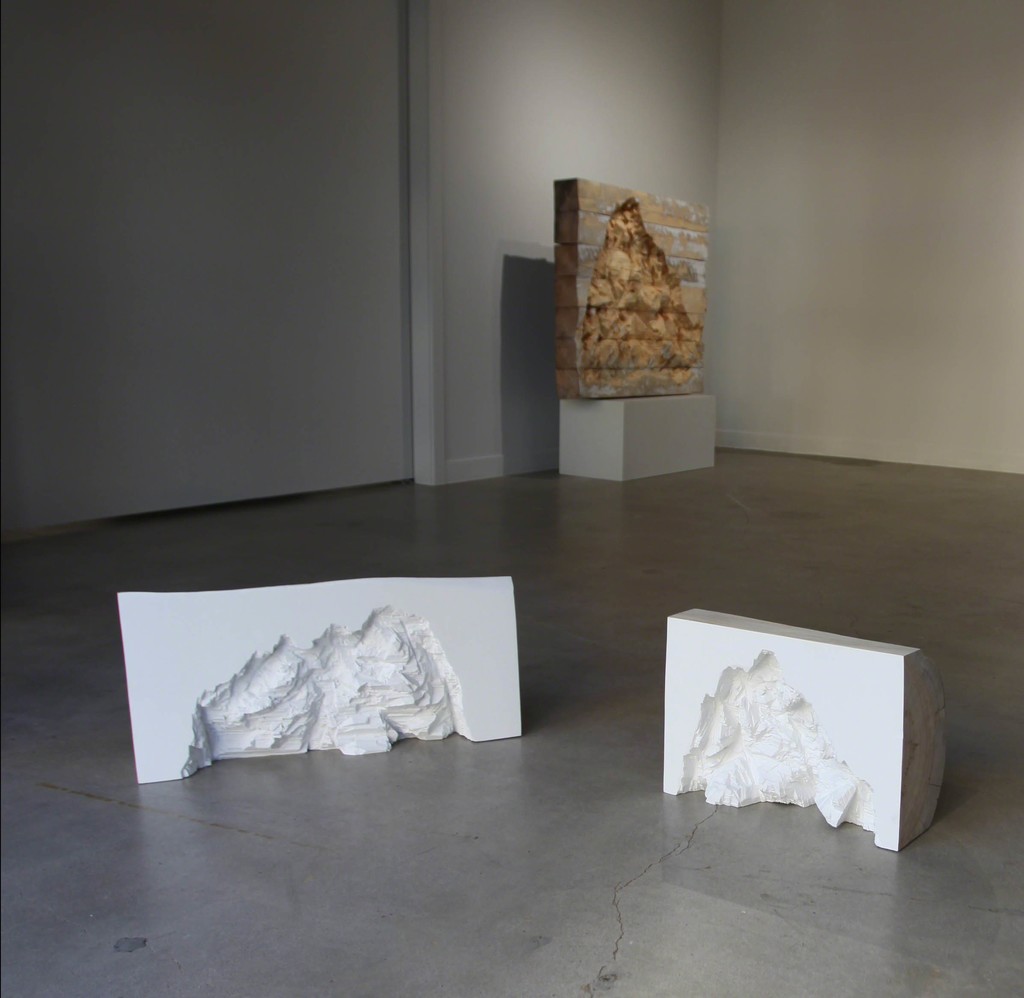 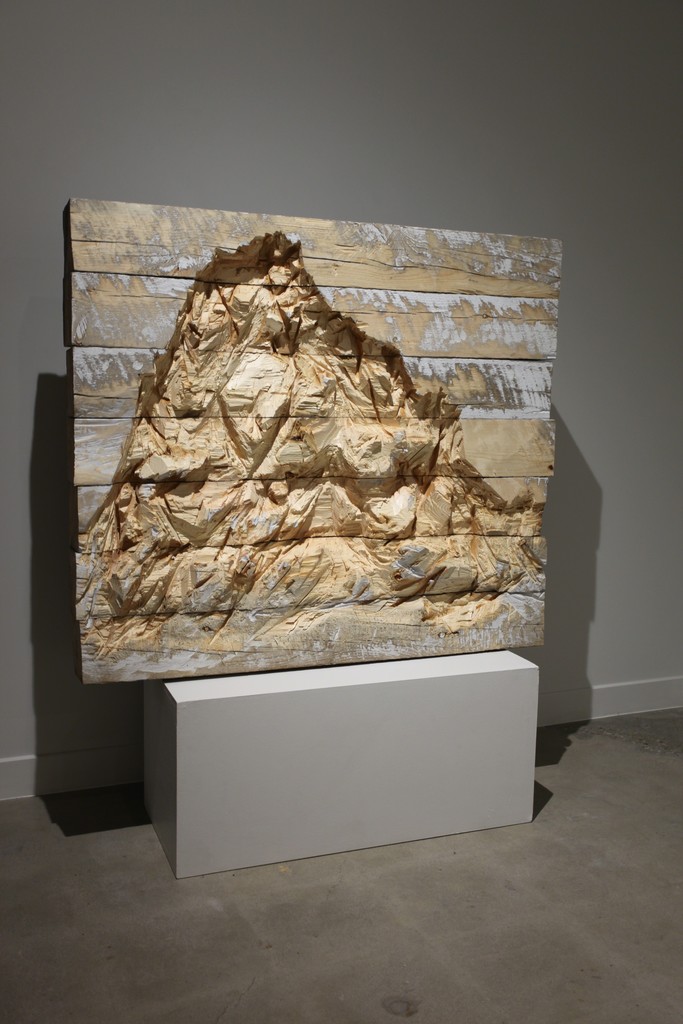 Peter has exhibited and lectured widely across Canada as well as Europe, the United States and Mexico. He has had over 50 solo and many group exhibitions, which have been widely reviewed and the subject of 3 national television documentaries including a one hour award winning film "Elemental" produced in 2000 for "Adrienne Clarkson Presents".
His multidisciplinary practice includes painting, sculpture, drawing, printmaking, installation, event, video and performance. His work often involves the community in which he is working and utilizes the materials to be found there. He has created several permanent and ephemeral public artworks throughout North America and Europe. He has works in many public and private collections.
The land where he lives constitutes his primary and ongoing artwork and in 1995 he claimed copyright over that land. He has been successful on several occasions defending this artwork against the incursions of multinational corporate interests.
Recently he was a driving force for the construction of a sustainable timber frame straw bale community centre in his community of Demmitt, Alberta.

"Ever Widening Rings", spans the work gleaned from 25 years of artistic practice and will include paintings, prints, drawings, bronzes and video.