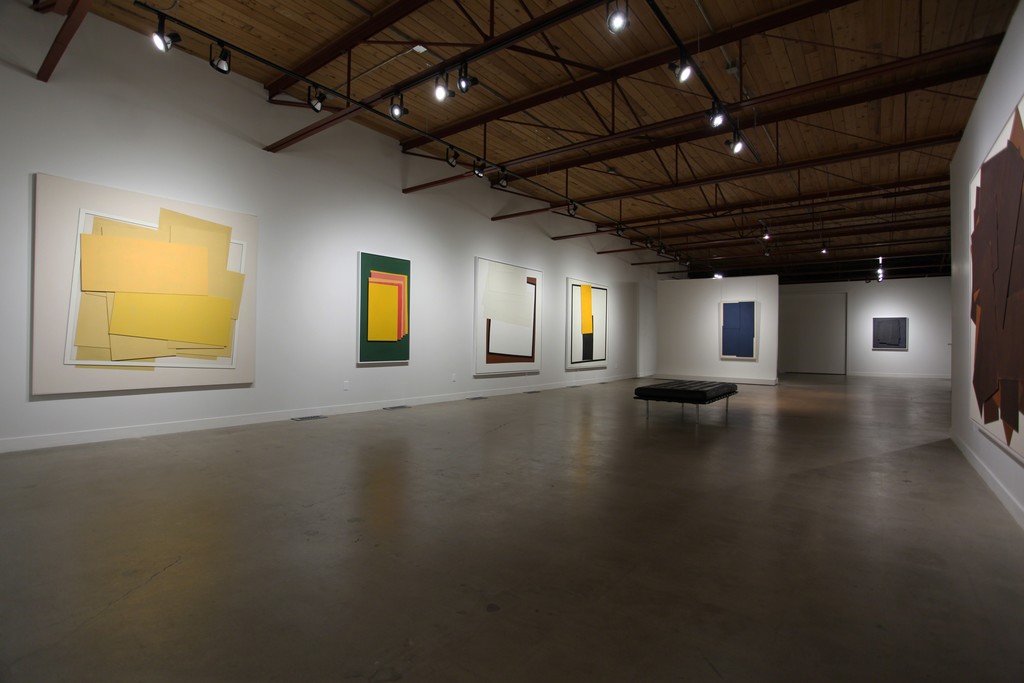 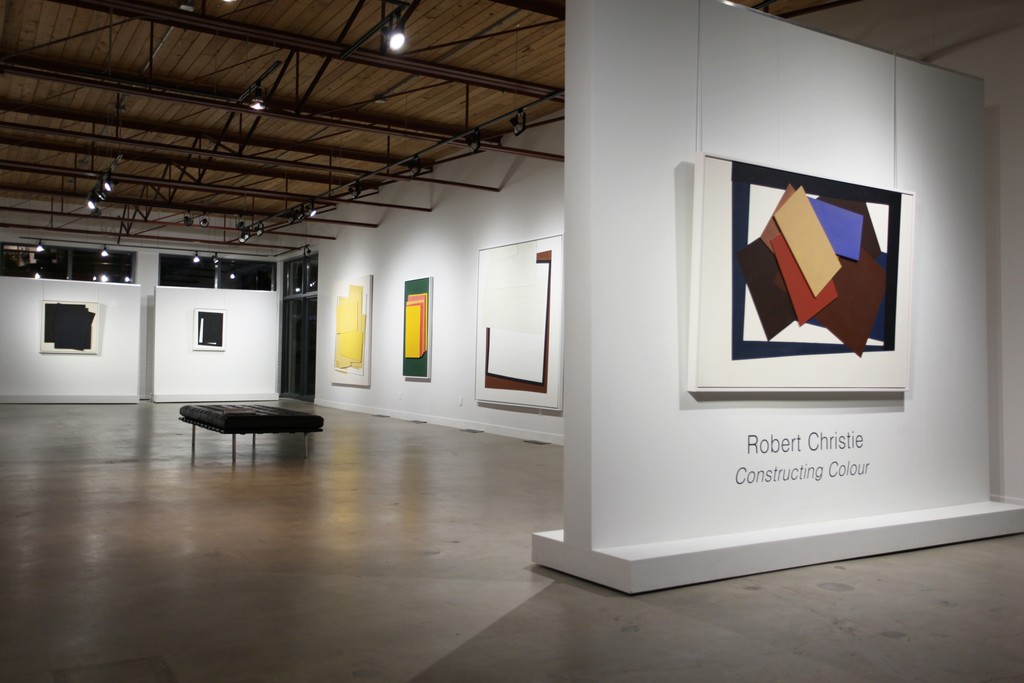 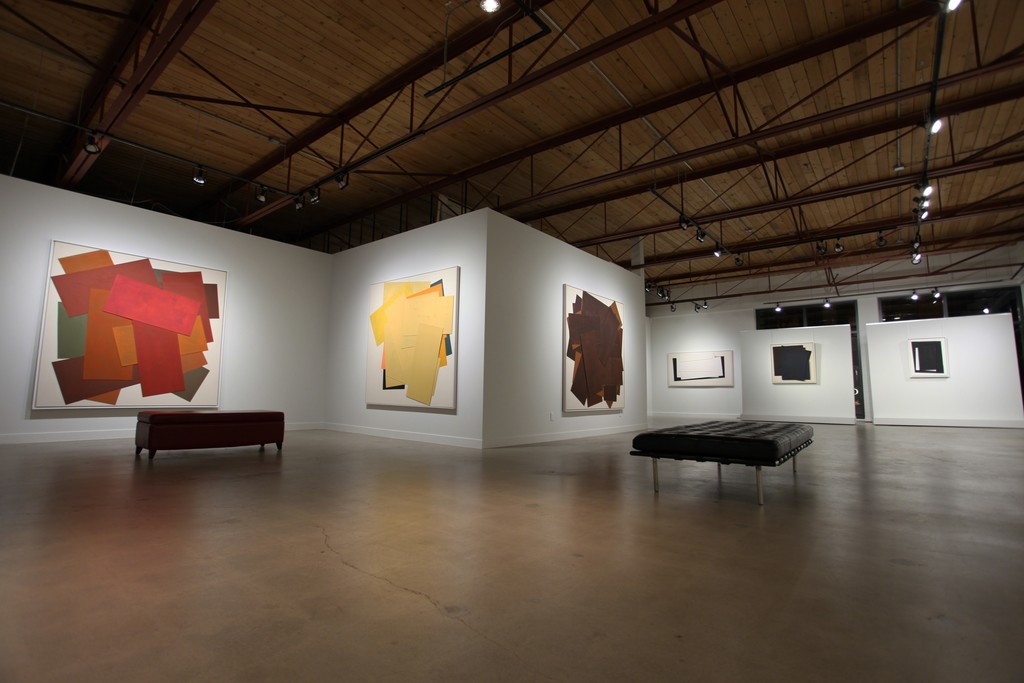 Robert Christie regularly uses words such as “viewer”, “conversation” and “engage” when talking about how he approaches painting. “Every artist wants viewers,” he says. “You might work in isolation, but you will have to come out and show your work.

“I paint for me, first and foremost, and I set pretty high standards. If you’re not engaging yourself, then why would anyone else be interested – I want the person who looks studiously to go away with something.”

Some might find a certain irony in “Constructing Colour”, running at Peter Robertson Gallery from September 15 to October 4. With its muted, monochromatic panels mounted on neutral fields, the work departs from key influences – the late William Perehudoff and Jack Bush. Those senior colour-field artists figured heavily in his early years, and Christie and Perehudoff were close friends in their home city of Saskatoon, where Bush visited them. ”I was, for a while, known as a colourist,” he explains. “Especially from influences from Jack and Bill.”

But while crediting the artists as influences, he also talks about developing his own visual expression. “I want to be influenced by their images and their level of ambition, but not emulate them,” he says. “It’s the quality I want to draw upon, not the imagery.”

Thus, “Construction Colour” is well down a new path that continues from his last solo exhibition at the Peter Robertson Gallery in 2012, simply entitled “Colour”. That show featured, bold, vibrant colours on a large scale – primarily in monochromatic presentations.

The current exhibition contains a new prominent element that stems from a visit to Berlin a few years ago. He and his wife viewed the remnants of a performance by Joseph Beuys that contained over 100 three by four foot blackboards that were scattered randomly on a stage riser. The image stuck with him when some months later in his studio he noticed a stack of black Bristol board fragments. “There was this interesting cluster, or what I call a ‘stack’, that harkened back to the Beuys,” he recalls, and he set about arranging the pieces in a more orderly fashion. “That’s formed the basis for what I’ve been dealing with.”

The process is somewhat laborious and he reworks paintings constantly – partly to get the ‘right’ colour, but also to impart a surface texture. “I overpaint and alter the composition many times until I get to a sense of something that I like,” he says.

As he mounts several panels, the edges assume a greater prominence as the ‘stack’ rises off the canvas. “By reducing the emphasis on colour, the other elements become more prominent – like the edge,” he says.

At the same time, he also likes to play with the ‘stack’. “I want a sense of organization, but with a twist. I present the familiarity of a stack, and then try to push it,” he says.

The ‘twist’ can come from colouring an edge, but also presenting a shadow, or even playing with the perspective of the layers.

“Robert brings a different toolkit to the table than a lot of painters,” says Peter Robertson. “He’s not only participated in a number of significant workshops and even coordinated Emma Lake for years, he’s taught at the university level, and also run a successful commercial gallery, and sat on the boards of public institutions.”

Christie also has deep roots with Edmonton’s art community. He first showed in “West 71” at the Edmonton Art Gallery in 1971, and has been a regular visitor and participant, including as an exhibitor with the Edmonton Contemporary Artists' Society since its inception in 1993. Those who have followed his almost 50-year career will recognize the ‘art explorer’ in him – a painter who continually pursues new avenues of expression in order to engage the viewer.

Robert Christie was born in Saskatoon in 1946 and received a Bachelor of Arts in 1967, and an Honors Degree in 1968, from the University of Saskatchewan. He has participated in several Emma Lake Artists' Workshops and served as workshop coordinator throughout most of the 1980s and led a 2005 workshop. In addition to his 35-year tenure as co-owner of Art Placement, he has also made significant contributions to a number of institutions in the city. He was the first Education Officer of the newly opened Mendel Art Gallery, Director of the Gordon Snelgrove Gallery, and a Sessional and Term lecturer at the University of Saskatchewan from 1977-1988. In addition to these formal roles, he has written and curated locally, provincially and nationally. His own work has been presented in numerous solo and group exhibitions throughout Canada since 1969 and his paintings are represented in both public and private collections across the country and abroad.
-30-