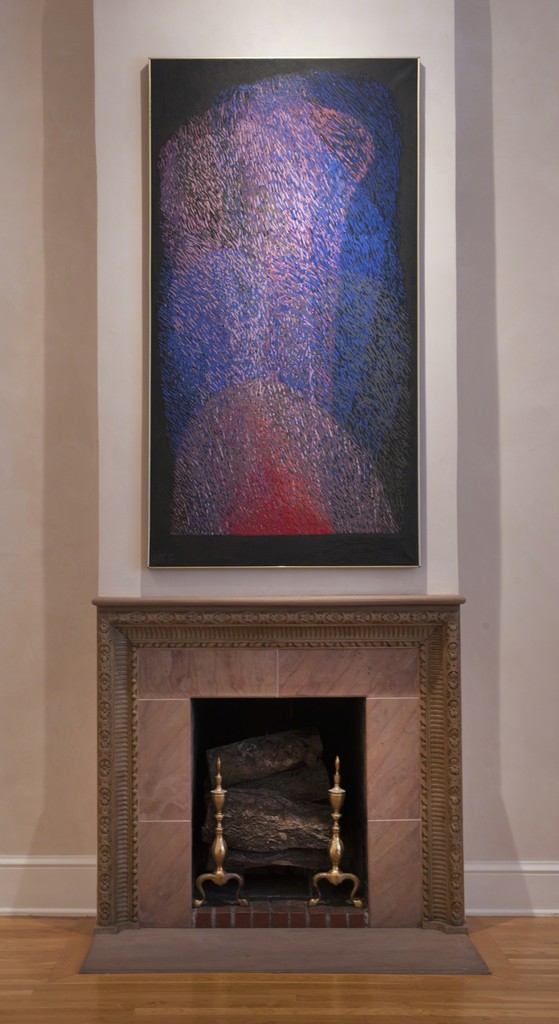 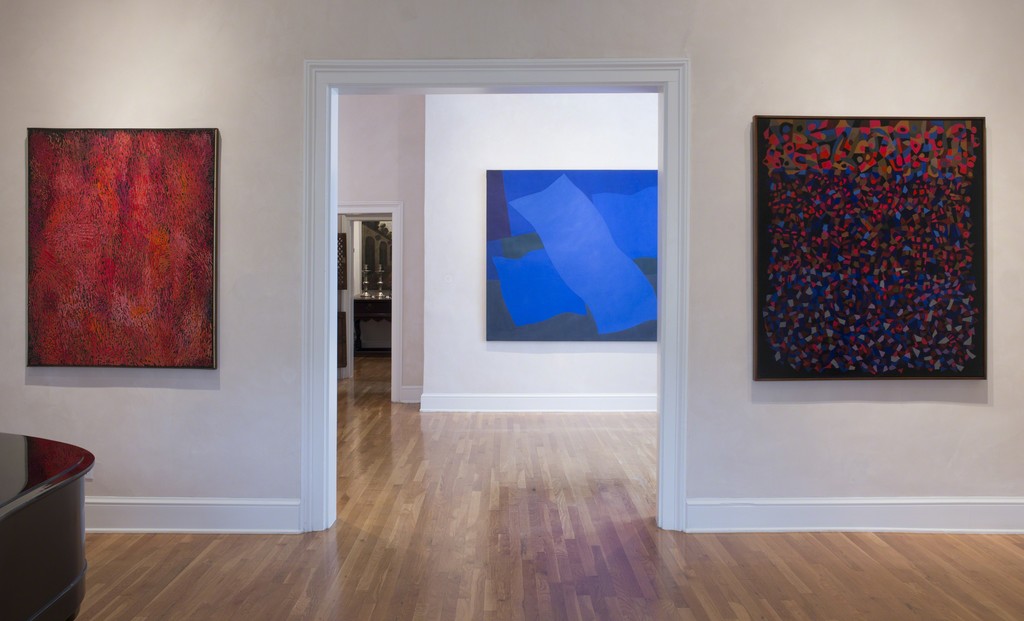 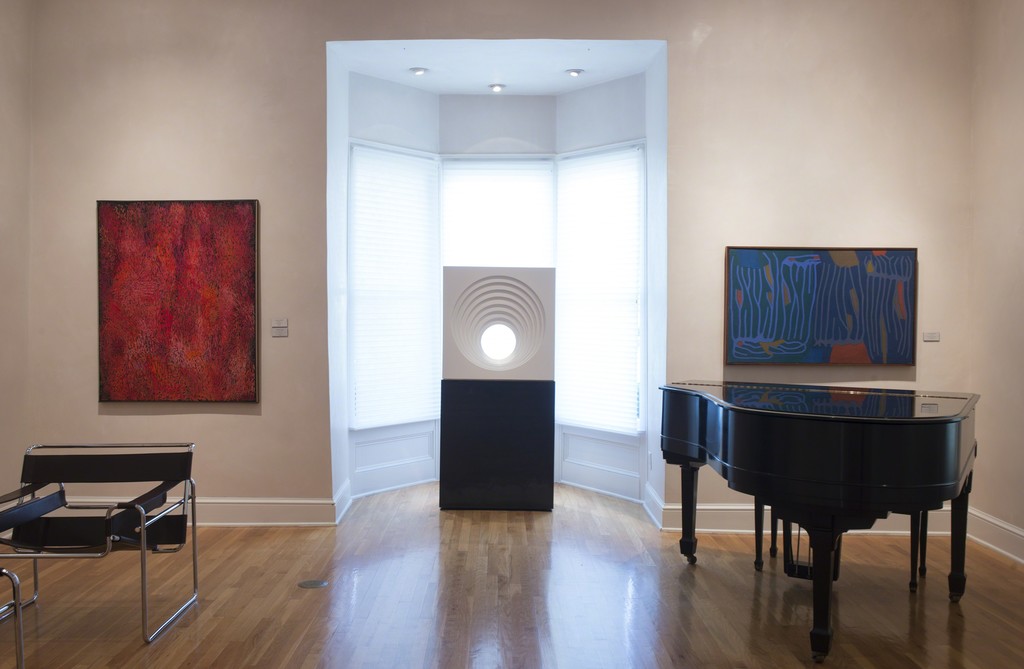 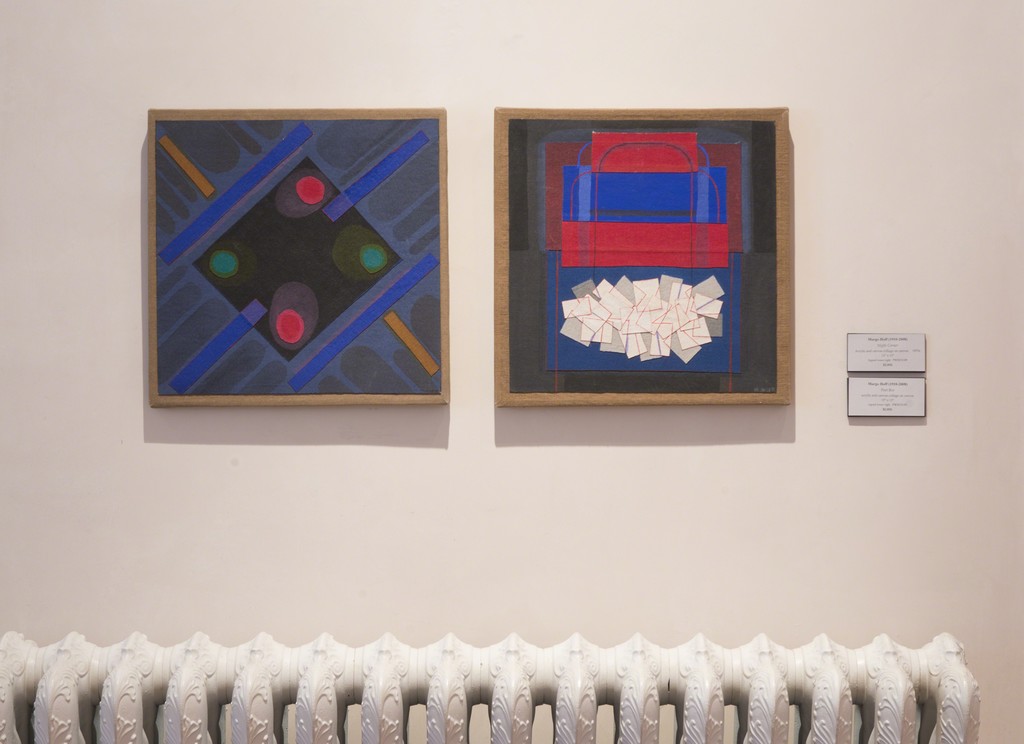 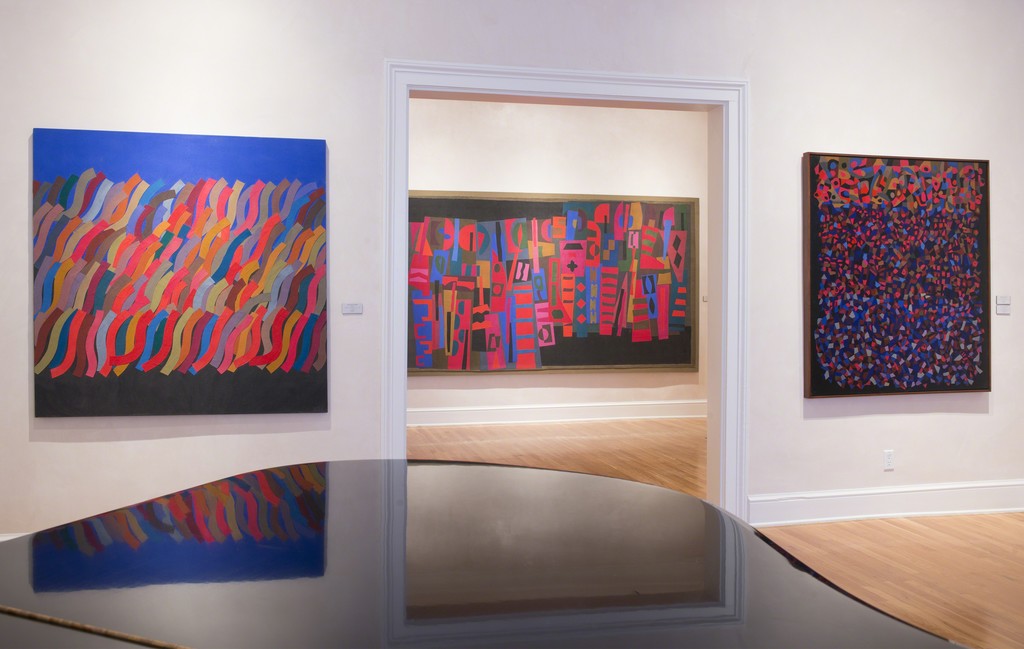 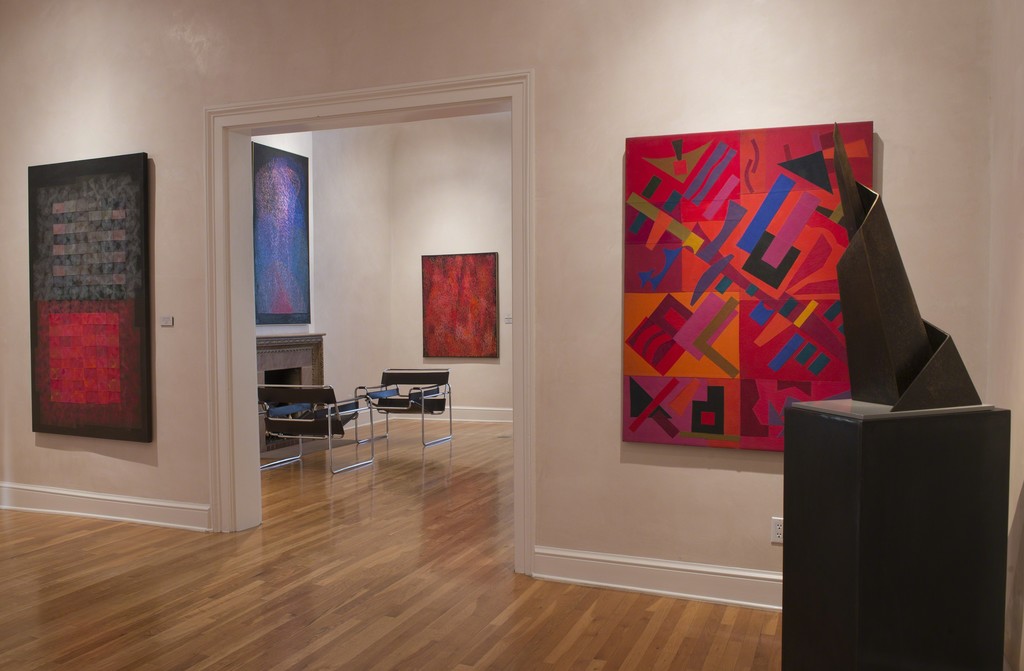 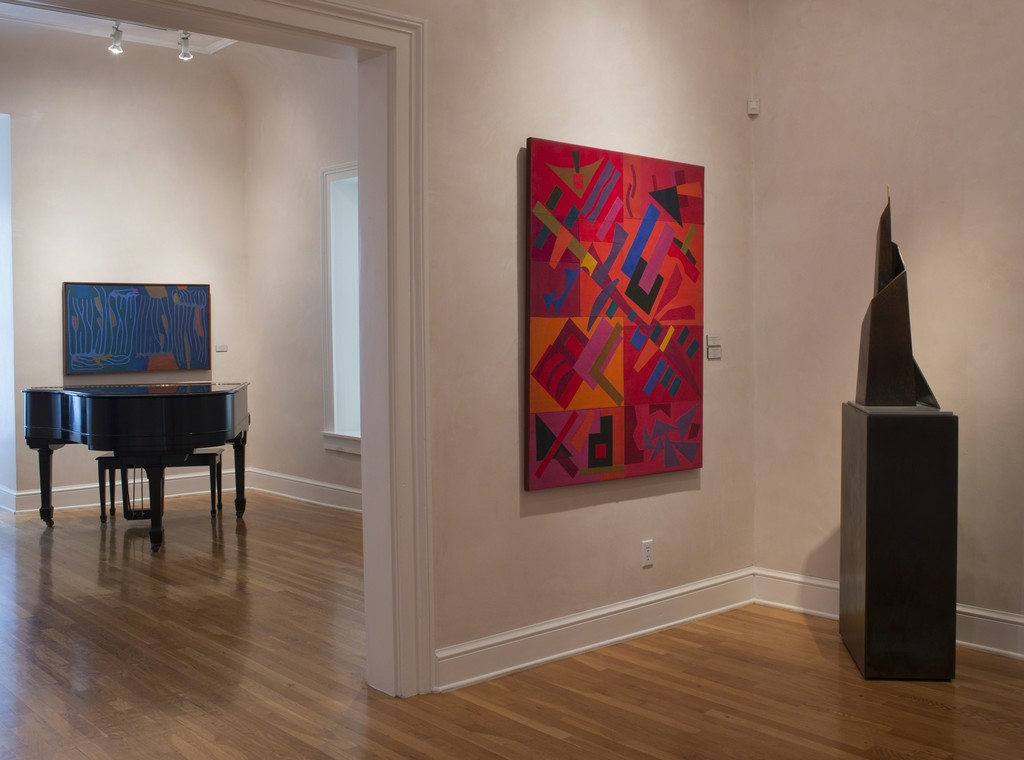 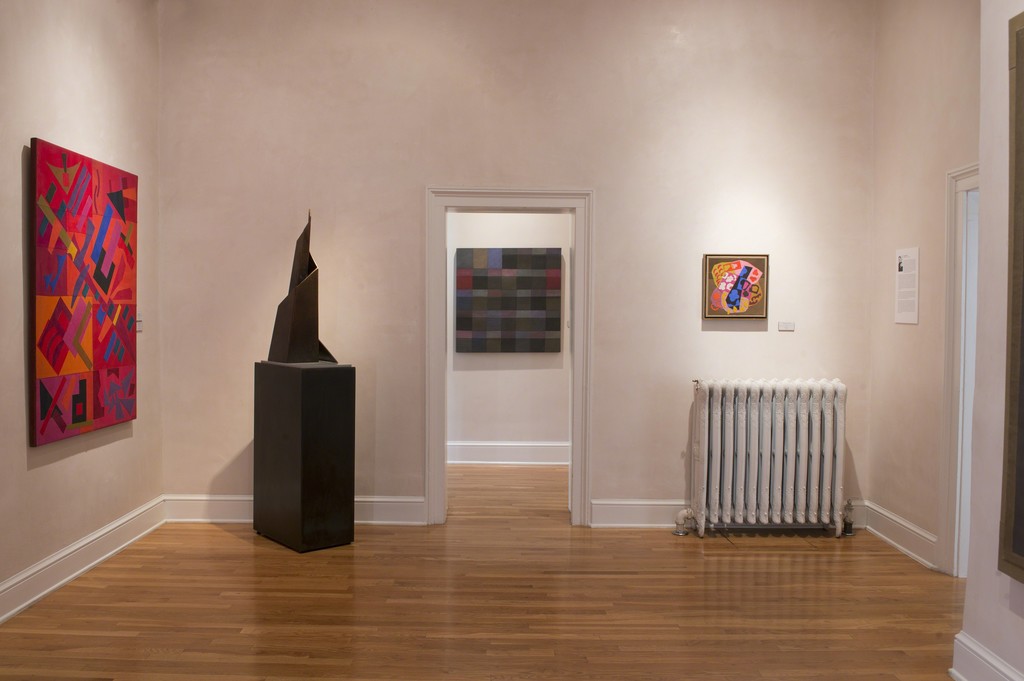 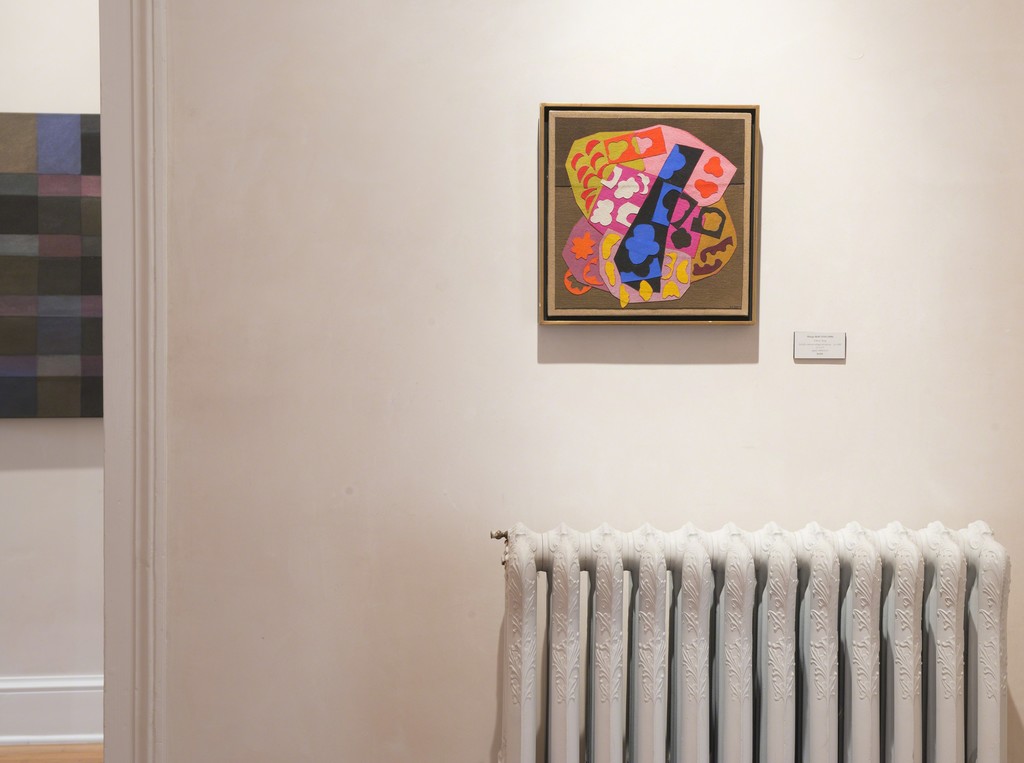 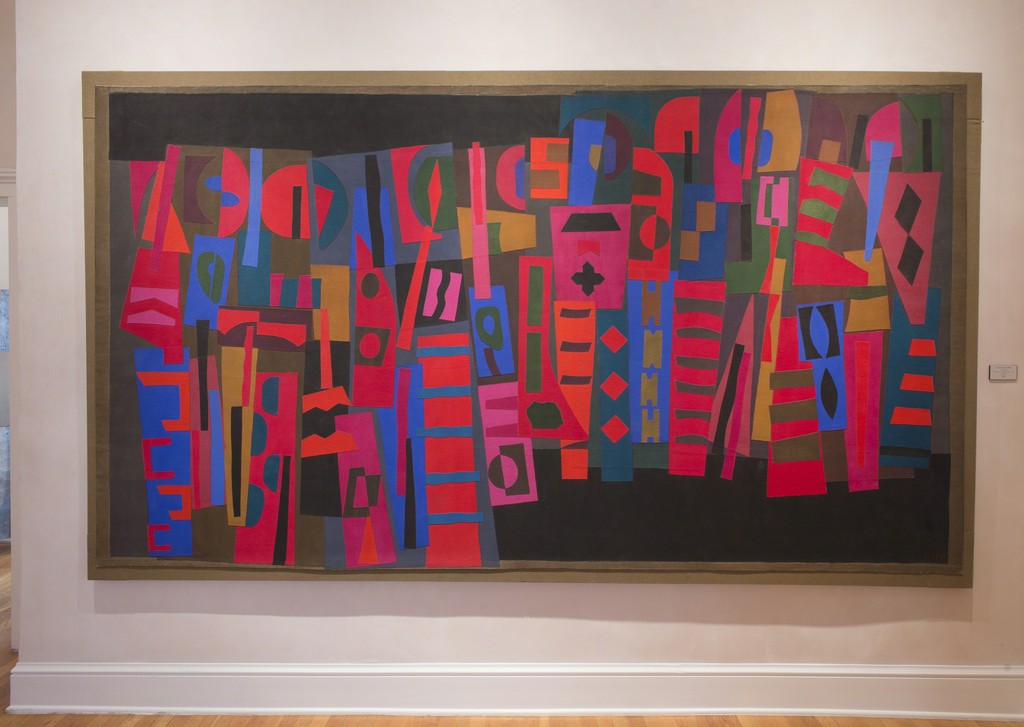 Peyton Wright Gallery is pleased to announce Margo Hoff: A Retrospective, a survey of paintings, canvas collages and works on paper by the American painter Margo Hoff. The exhibition will present works from the years 1940 through 1990. The exhibition runs from August 5-31, 2016, with an opening reception on Friday, August 5, from 5-7pm.

Margo Hoff was born in Tulsa, Oklahoma, in 1912—the second oldest of eight children. Stricken with typhoid fever in 1923, she was bedridden for a summer and amused herself by drawing and making paper cutouts. Her formal studies began in high school and continued during two years at the University of Oklahoma, Tulsa. In 1933 she moved to Chicago where she took classes at Hull House, the National Academy of Art and, later, the School of the Art Institute of Chicago. She remained in Chicago until 1960 and the city’s vibrant mid-century art scene profoundly shaped the first half of her artistic career.

Hoff’s Chicago paintings were almost entirely figurative and evidence a classic mid-century modern urbanism informed by Matisse, the Mexican muralists, and other artists of the local milieu. Hoff traveled extensively throughout her life, in the United States, Central and South America, the Middle East, Asia, Africa and Europe. When asked about the influences on her work Hoff stated “Almost anything except the work of other artists.” She cited the sources of her inspiration in “rocks, weeds, views from airplanes, rivers, subways, forests, machines, kinds of lights, red things and imagination.”

A change in Hoff’s work had begun to take hold in 1957 when she watched Sputnik orbit the earth. She noted that, “Until that night the human figure had always been the center of thinking of Art. Suddenly, people became small huddled shapes watching a moving light across space that they could never reach. Then the space itself became the theme.” This experience was balanced by an opportunity to look through an electron microscope—“a view of pure abstraction”—reinforcing Hoff’s gradual move towards non-objectivity. Hoff visited New York regularly throughout the 1940s and ‘50s, knowing that someday it would become her home. She finally made the move in 1960, embarking on the latter half of her career in which abstraction would predominate.

In Manhattan she began to explore collage, working initially with paper and eventually moving on to the medium in which she would produce her signature work: canvas collage. Working on the floor from all four sides of the piece, Hoff pieced together cutout forms of raw canvas, painted with acrylics and laminated to their canvas ground utilizing glue and weights. Sometimes she worked from detailed preliminary sketches, other times she improvised freely, applying transparent color and drawing in crayon on the surfaces of her canvases. Her larger collages are often displayed un-stretched and free-hanging, either against the wall as paintings or out from the wall in the manner of tapestries. Effective installations of her work can transcend the individuality of the pieces to achieve a collective, environmental aspect.

A survey of Hoff’s career reveals not only the artist’s extraordinary diversity but also the consistency of her craftsmanship. Whether her medium was canvas collage, woodcut print, encaustic, oil painting or innumerable variations of mixed media on canvas or paper, Hoff was a consummate craftsman. Her canvas collages are not just paintings but richly colored, multi-planar objects that transcend the two-dimensional to produce a unique variant on the “all-over” mark making method that emerged from the Abstract Expressionist movement. While Hoff was rightfully celebrated as a brilliant colorist, some of her works have a subtly diffuse, atmospheric quality that evokes the later work of Mark Rothko.

Margo Hoff began exhibiting her work in Chicago in 1944 and had her first solo exhibition at the Fairweather-Hardin Gallery in Chicago in 1955. She exhibited regularly in New York since the mid-1950s and executed numerous large-scale mural commissions for corporate and academic clients. Her work is represented in the collections of the Art Institute of Chicago, the Brooklyn Museum, the Metropolitan Museum of Art, the Corcoran Gallery and the National Gallery of Art in Washington, D.C., the Whitney Museum of American Art and the Victoria and Albert Museum in London. Margo Hoff passed away in New York City in August, 2008. She was 98 years old.

Margo Hoff: A Retrospective will be the first solo exhibition of Hoff’s work in New Mexico. Work from six decades of the artist’s work will be included in the show with a particular focus on works on canvas from the 1960s, ‘70s and ‘80s.

For more information of high-resolution photos of works from the exhibition please contact: Kevin Paul or Bebe Schooley at 505-989-9888.