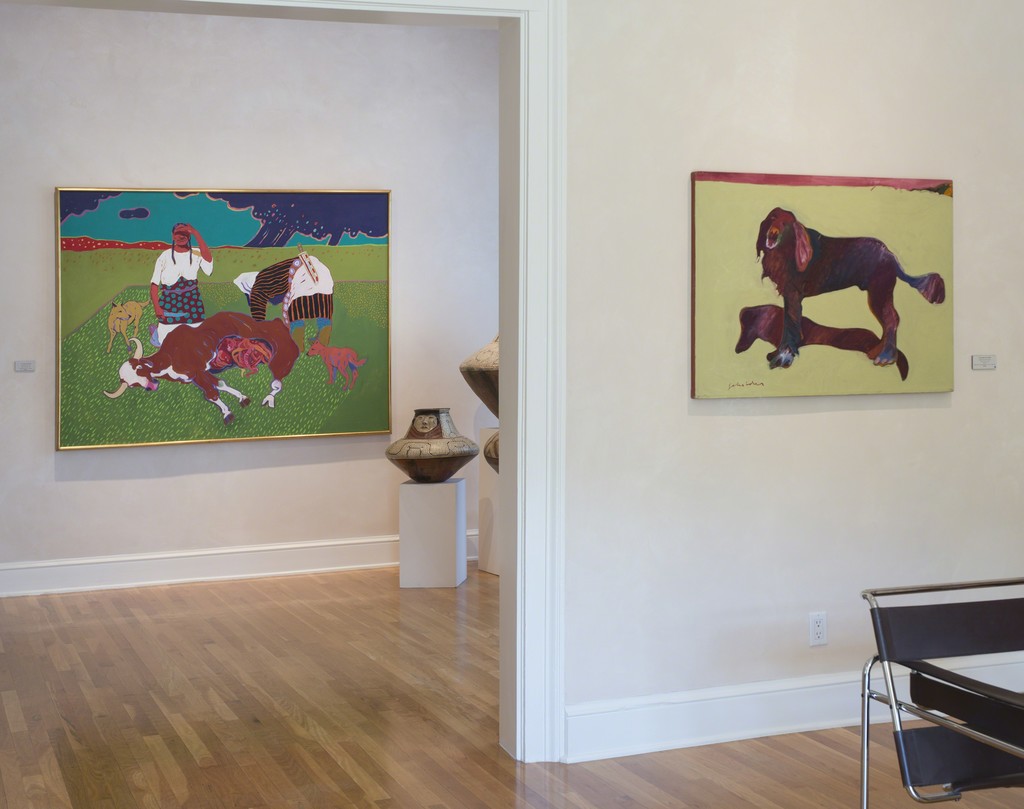 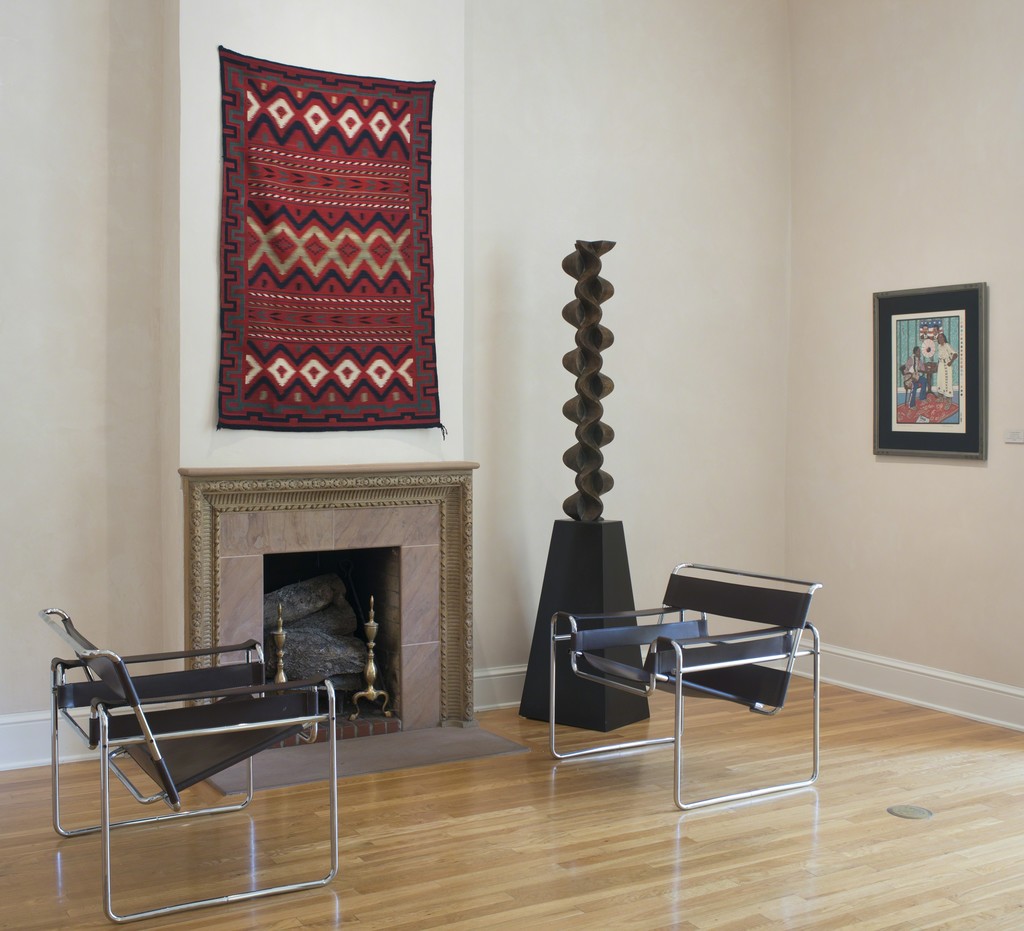 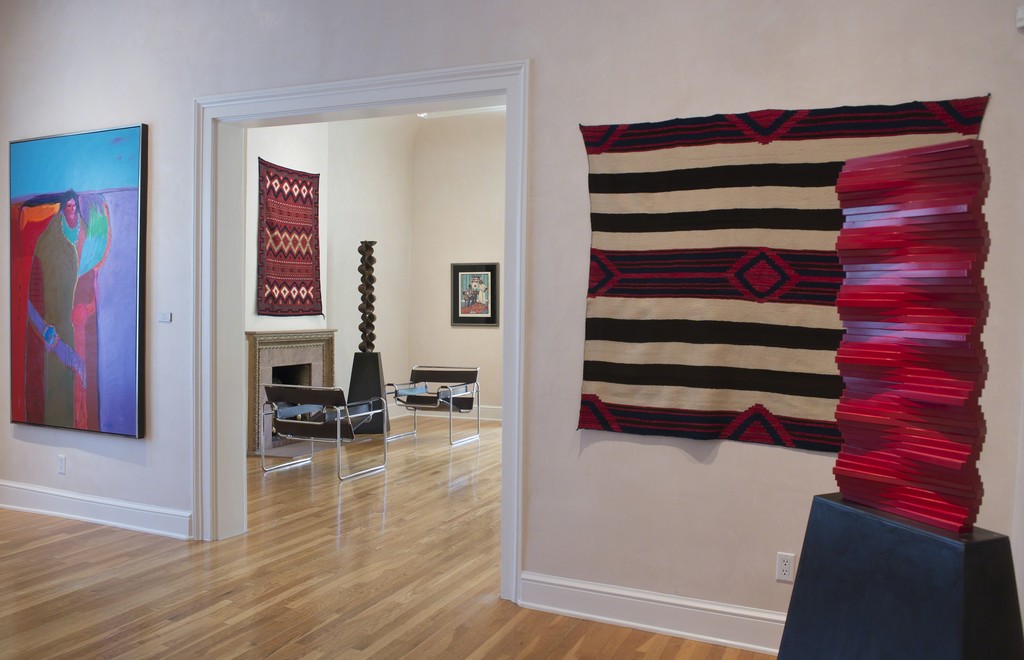 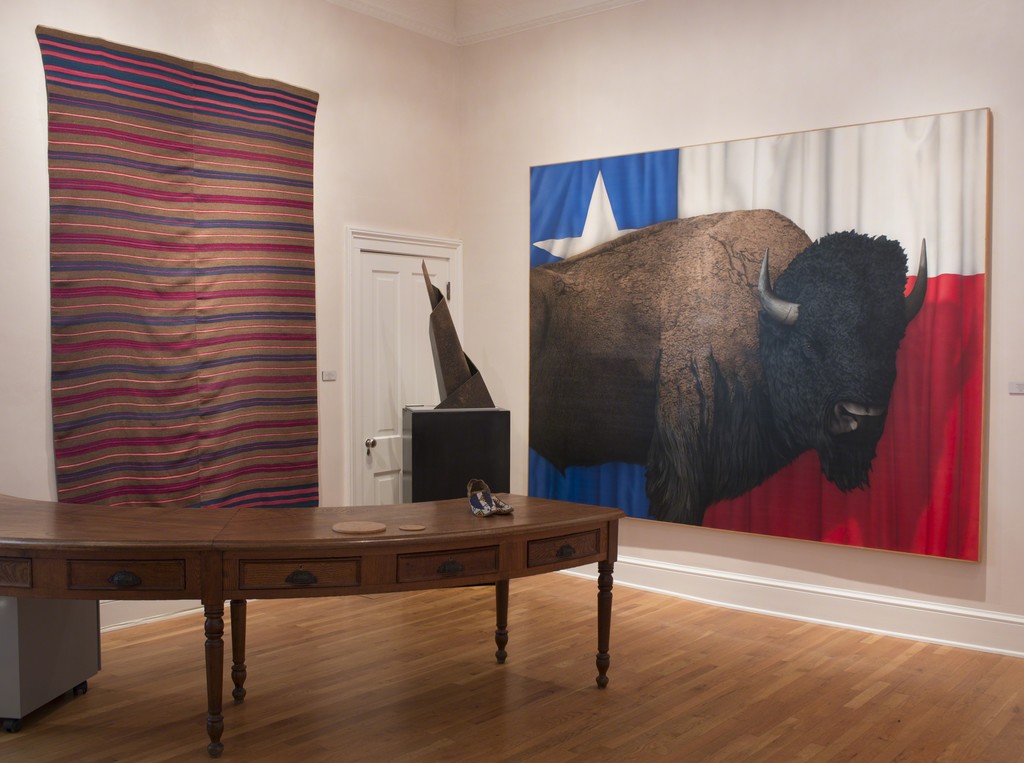 During the 1960s and 70s, while the United States was simultaneously waging war in Vietnam and sending men to the Moon, a number of emerging Native American artists began to fuse indigenous themes with modernist techniques, which culminated in an aesthetic hybrid of distinct originality. Unlike earlier western painters who had sought to represent an idealized version of tribal life, this new generation of artists confronted head on the experience of being an American Indian in contemporary society with all of its inherent problems and contradictions. The unique result was the depiction of iconic imagery by means of an avant-garde painterly vocabulary, producing works whose rawness and directness pack a visual punch.

This is most evident in the imposing portrait paintings by Fritz Scholder (1937-2005), John Nieto (born 1936), and Kevin Red Star (born 1943), which incorporate a wide range of stylistic devices culled from European and American modernism. In Scholder’s Indian Portrait No. 3, for example, Paul Gauguin’s perspectival flatness and Henri Matisse’s Fauvist palette are combined with the pictorial language of Andy Warhol’s Pop Art to create a commanding composition of resonating power and beauty.

In the historically significant painting Beef Issue at Fort Sill by T. C. Cannon (1946-1978), who was a student of Scholder’s but whose career was tragically cut short by an automobile accident at the young age of thirty-one, the chromatic intensity is turned up even higher. Concerning the subject matter therein, Cannon pulls no punches in his graphic rendering of the slaughtering of a steer by two women for communal meat rationing. Here we have a metaphorically rich socio-political statement as regards the continual interference in and control of American Indian life on the reservation by the Federal Government. Cannon seems to be conveying to us that nothing has changed in effect since the tragic displacement in the mid to late 1800s of native populations from their ancestral lands.

Scholder’s and Cannon’s mastery of form and color is equally on display in an exquisite set of works on paper included in the exhibition. In Scholder’s bold and striking prints, Native American chiefs and warriors clad in traditional attire are elevated to archetypal status; while in Cannon’s detailed and nuanced woodcuts, family members are realistically portrayed in the context of everyday living. Both artists poignantly remind us, however, by way of the clashing bicultural iconography in their compositions that the indigenous-modernist intersection is never devoid of confrontation.