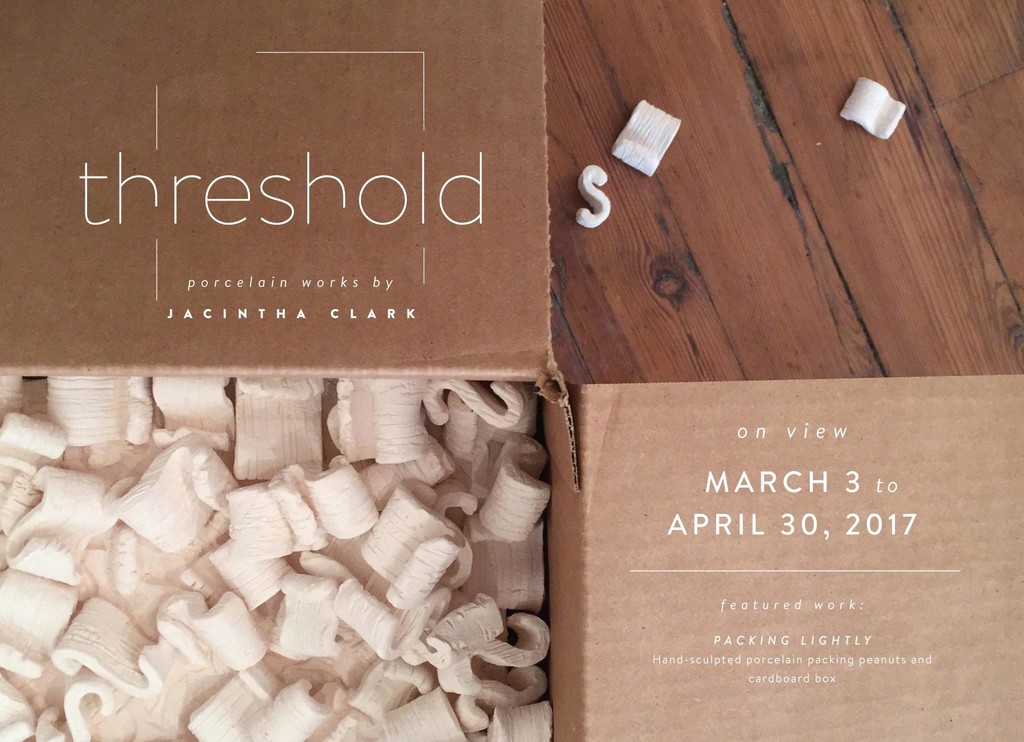 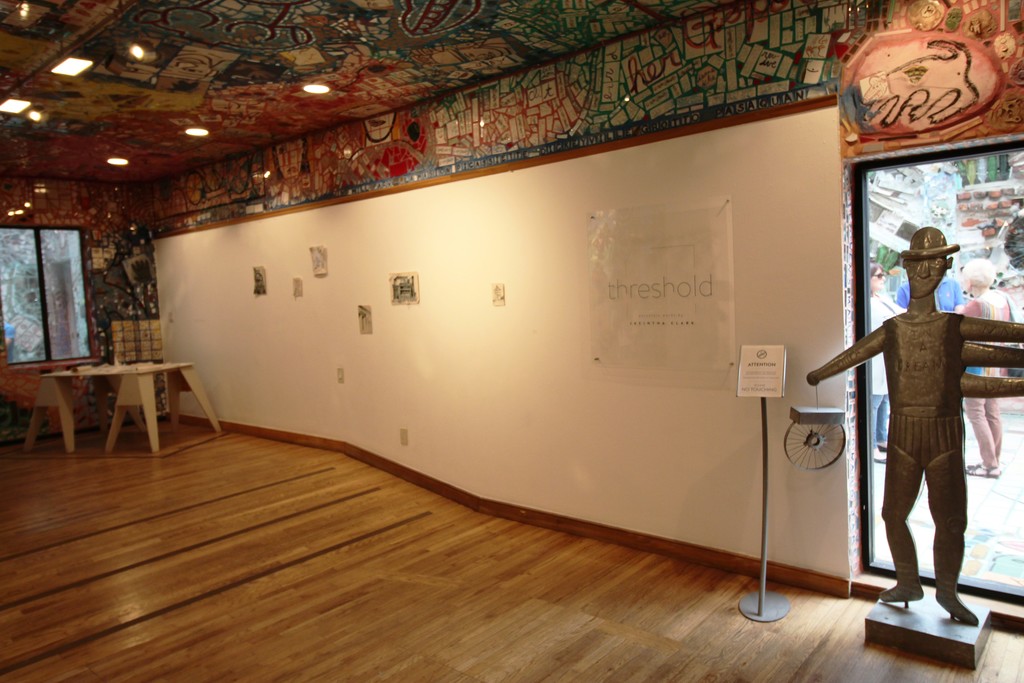 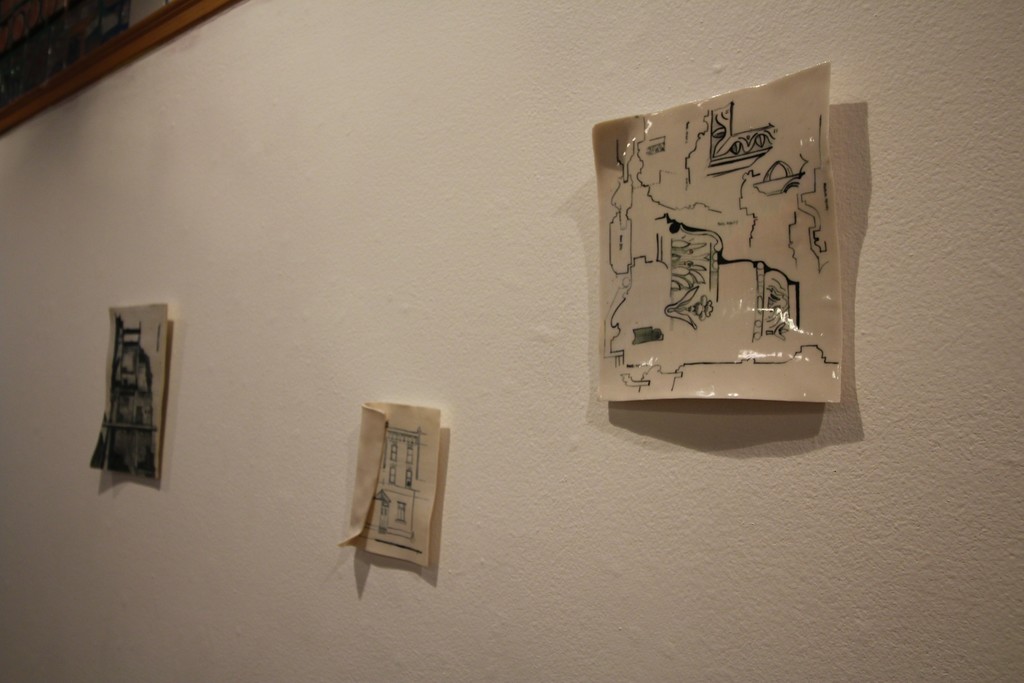 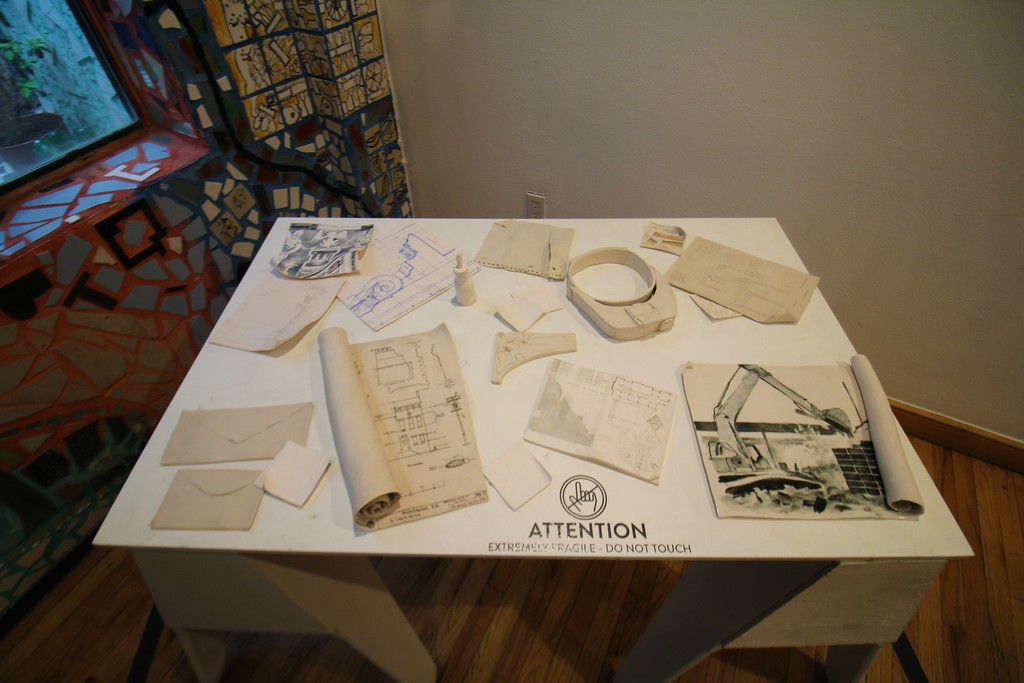 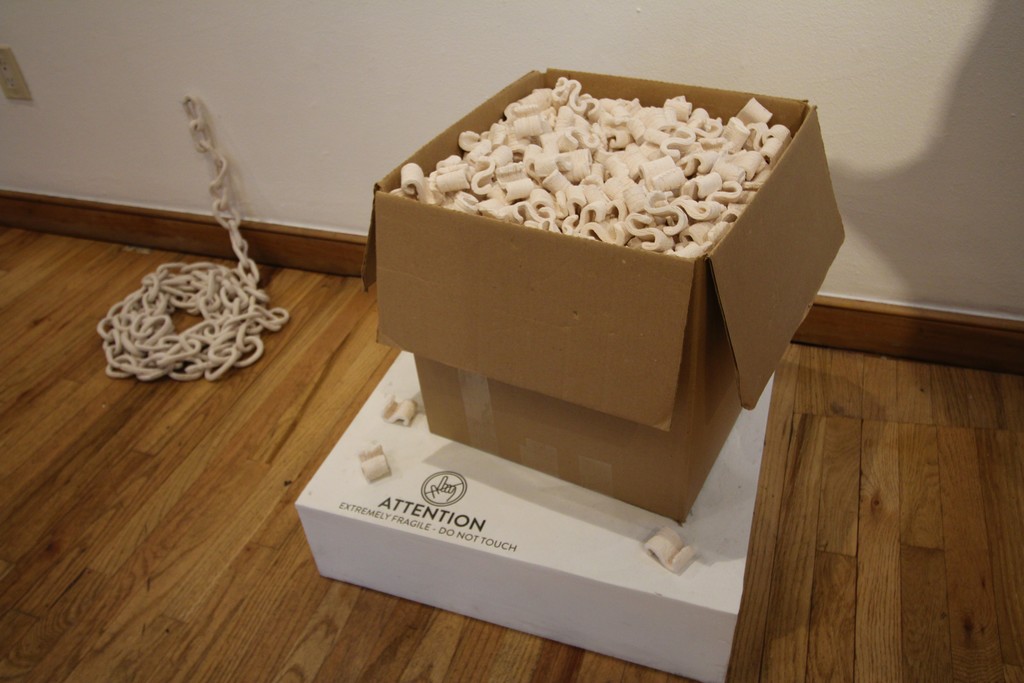 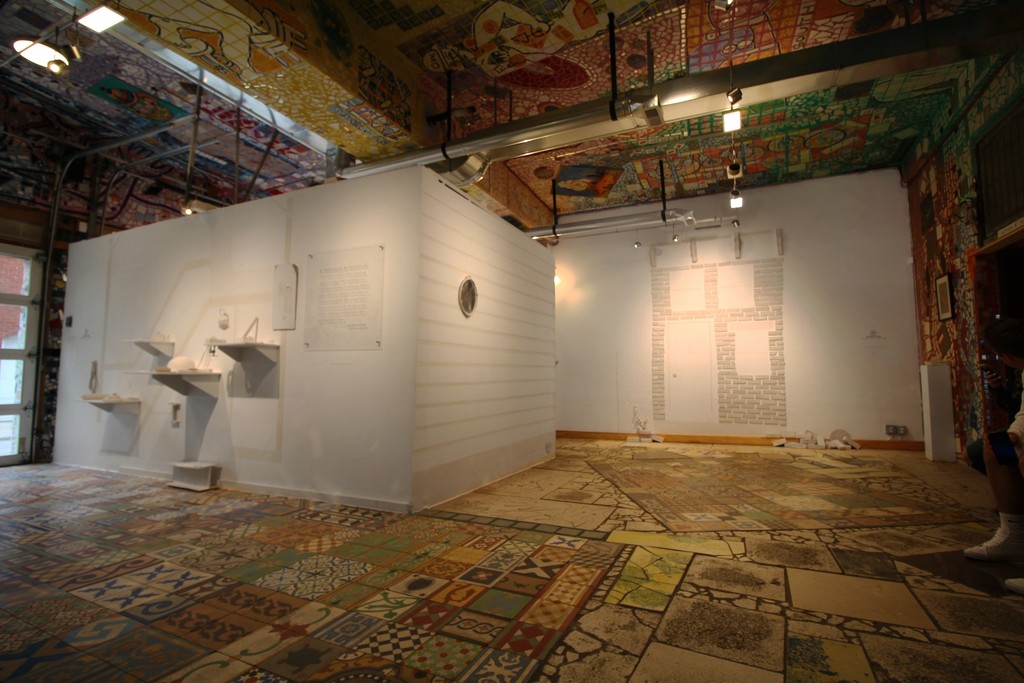 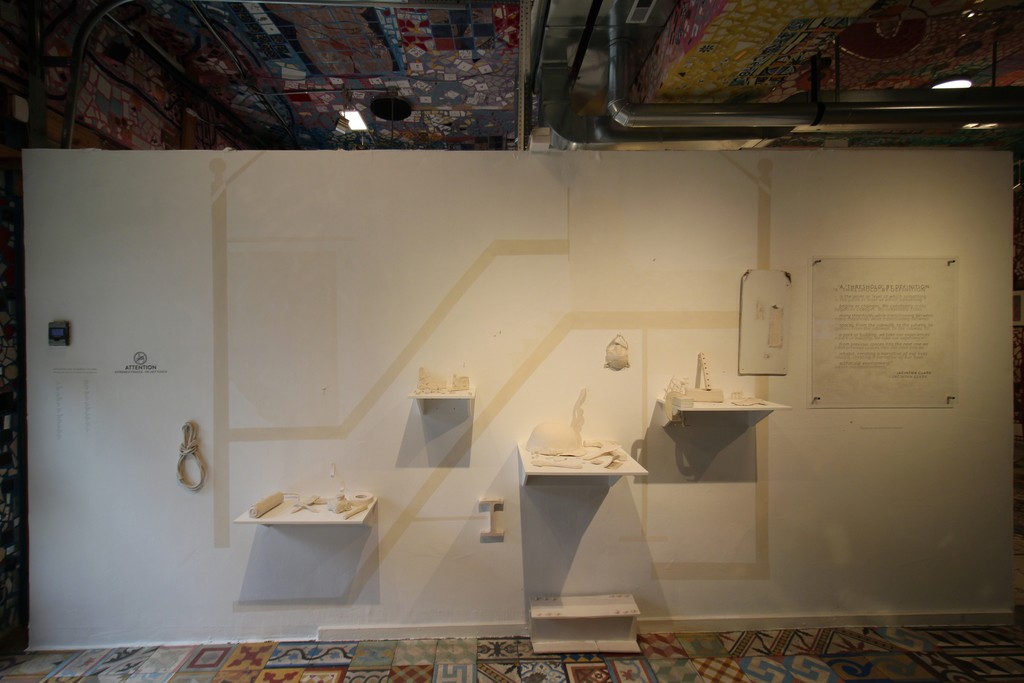 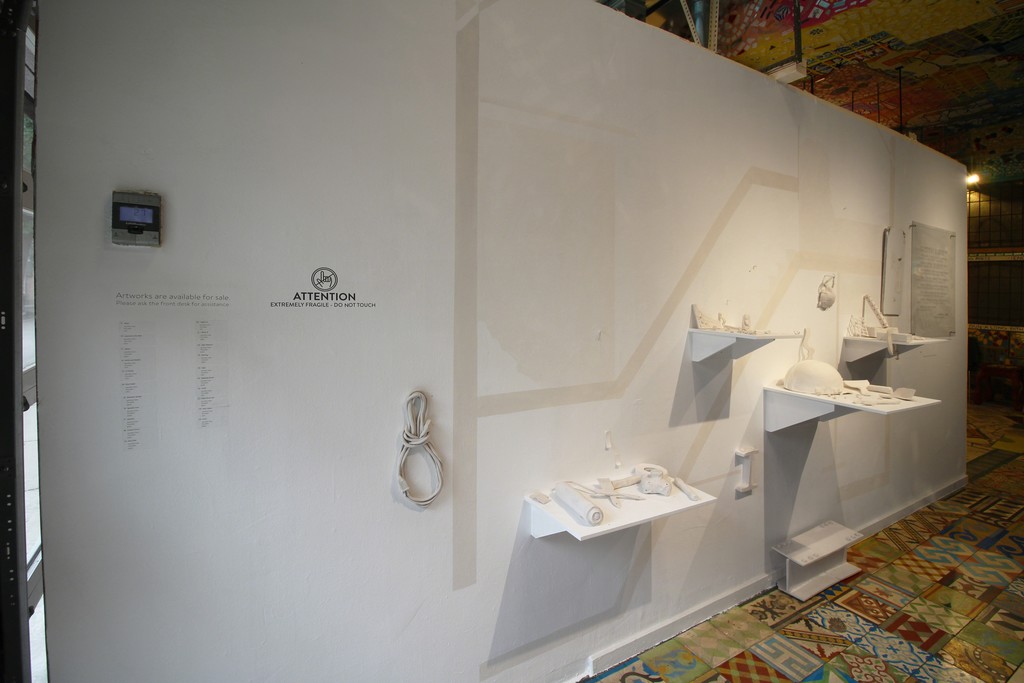 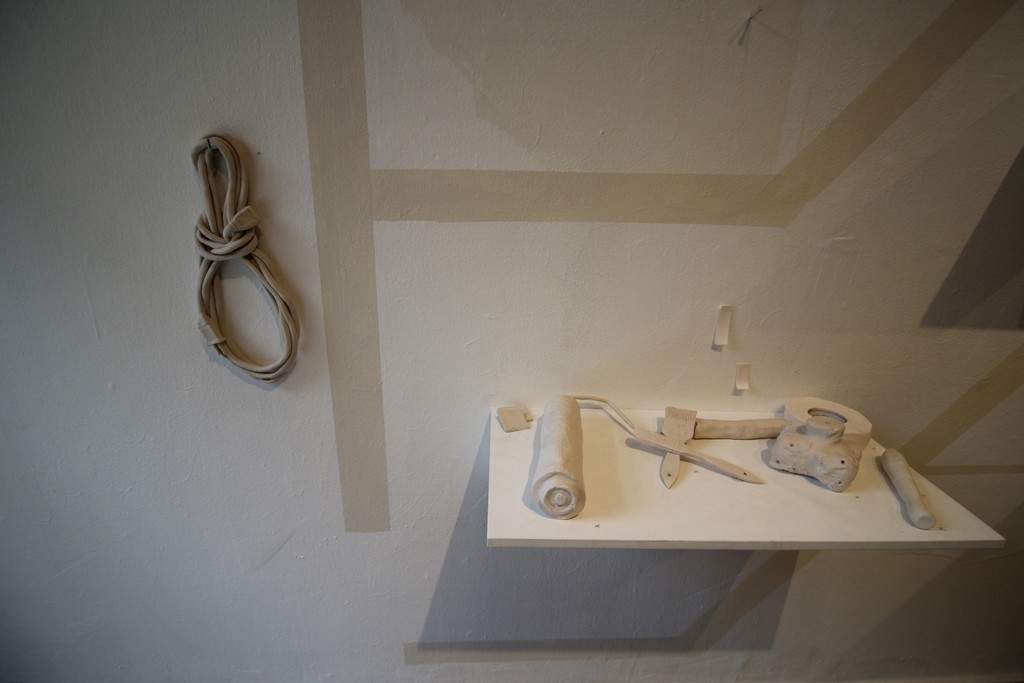 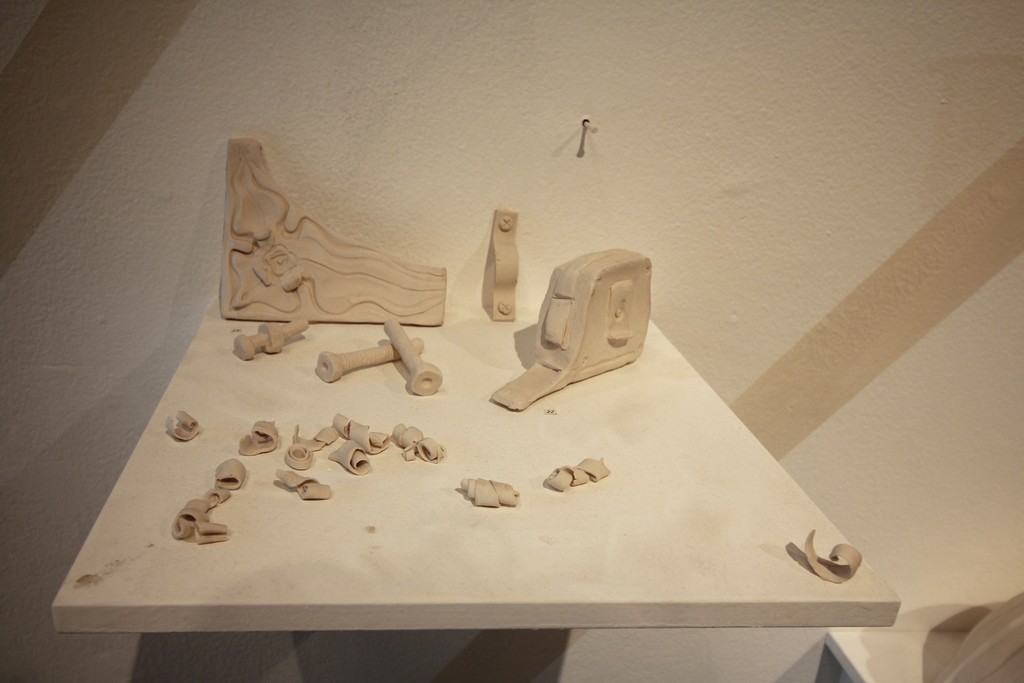 Ceramic artist Jacintha Clark creates intricately rendered sculpture installations. Influenced by her career as an architectural restorer, Clark uses porcelain to imitate designs from historical buildings and captures nuances that are overlooked in our urban environment. Her installations expose the stories of city life layered underneath the streets and behind the walls of old architecture.

Threshold illustrates a moment frozen in the endless movement of our industrial surroundings. A “threshold” by definition is the point or level at which something begins or changes. Clark’s choice to use porcelain embodies these moments, as the material itself goes through changes of form and color, which are then trapped and preserved within the work when fired and hardened. The handcrafted nature of her sculptures is revealed through the warping and cracking of the porcelain, exposing both the fragility and beauty of our imperfect and unstable surroundings.

Clark has shown in various solo and group exhibitions throughout Philadelphia, including at the Woodmere Art Museum, the Annual Fleisher Art Memorial Wind Challenge, and Bridgette Meyer Gallery. She has also been featured at A.I.R. Gallery in Brooklyn, New York, and Red Dot at Art Basel Miami, Florida.

Clark earned an Associate’s Degree in Arts from Arapahoe Community College, a BFA in Fine Arts from Metropolitan State College of Denver, a Post Baccalaureate certificate from Maryland Institute College of Art, and an MFA from the Pennsylvania Academy of the Fine Arts.