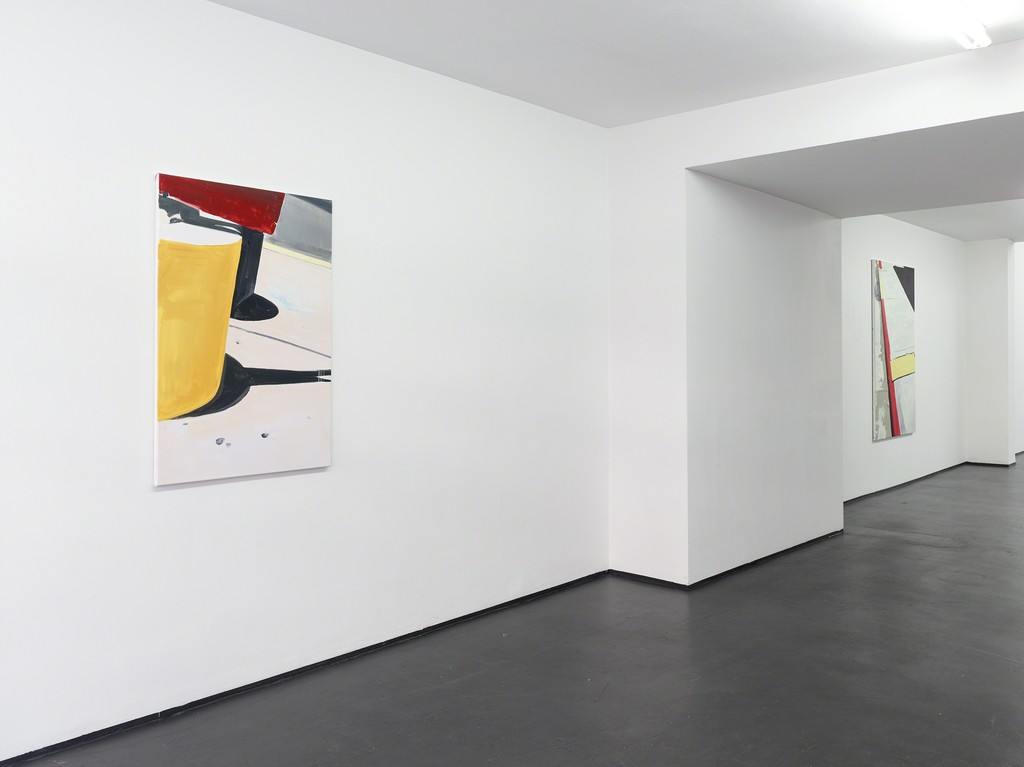 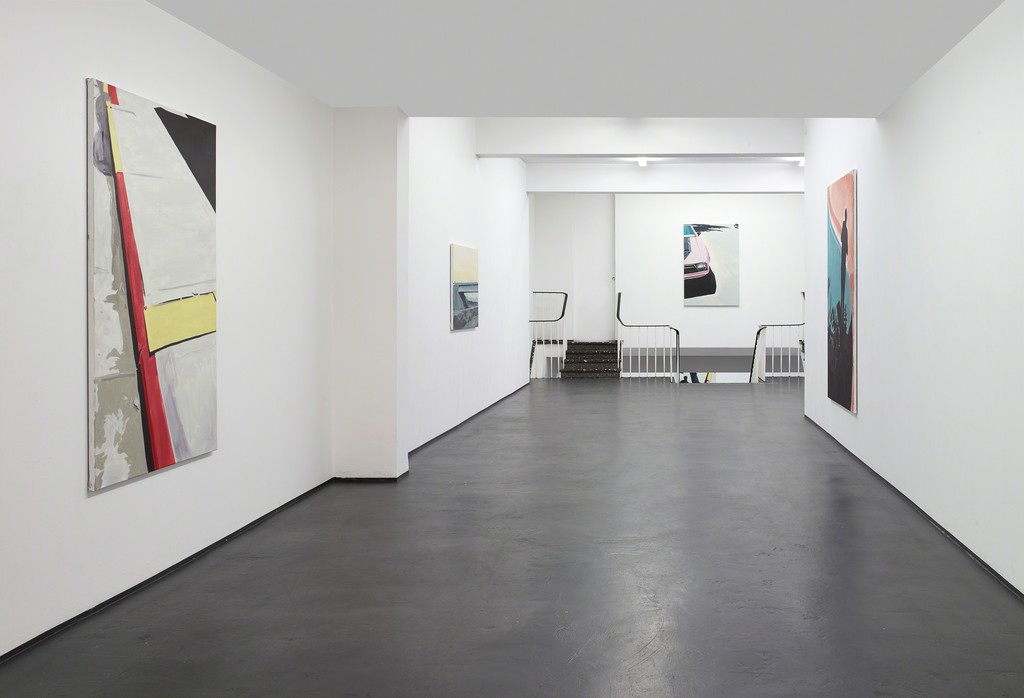 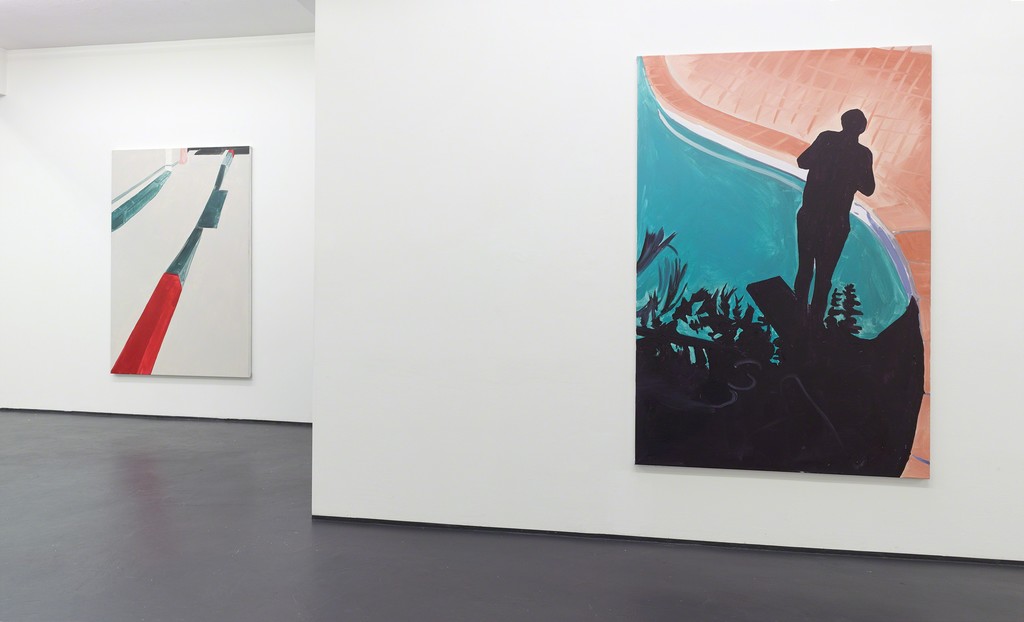 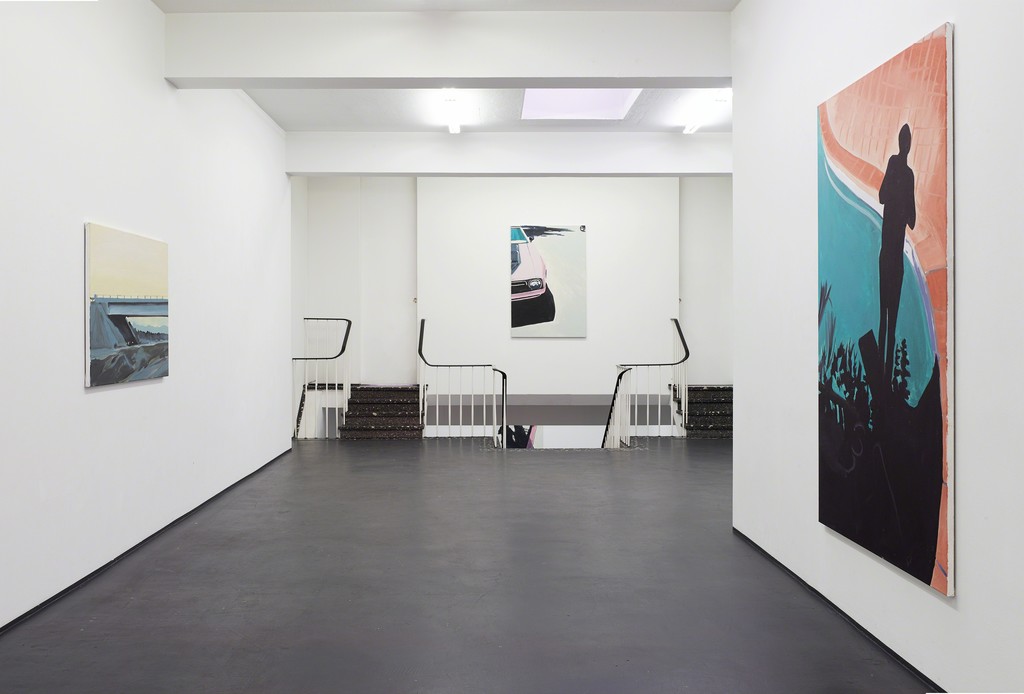 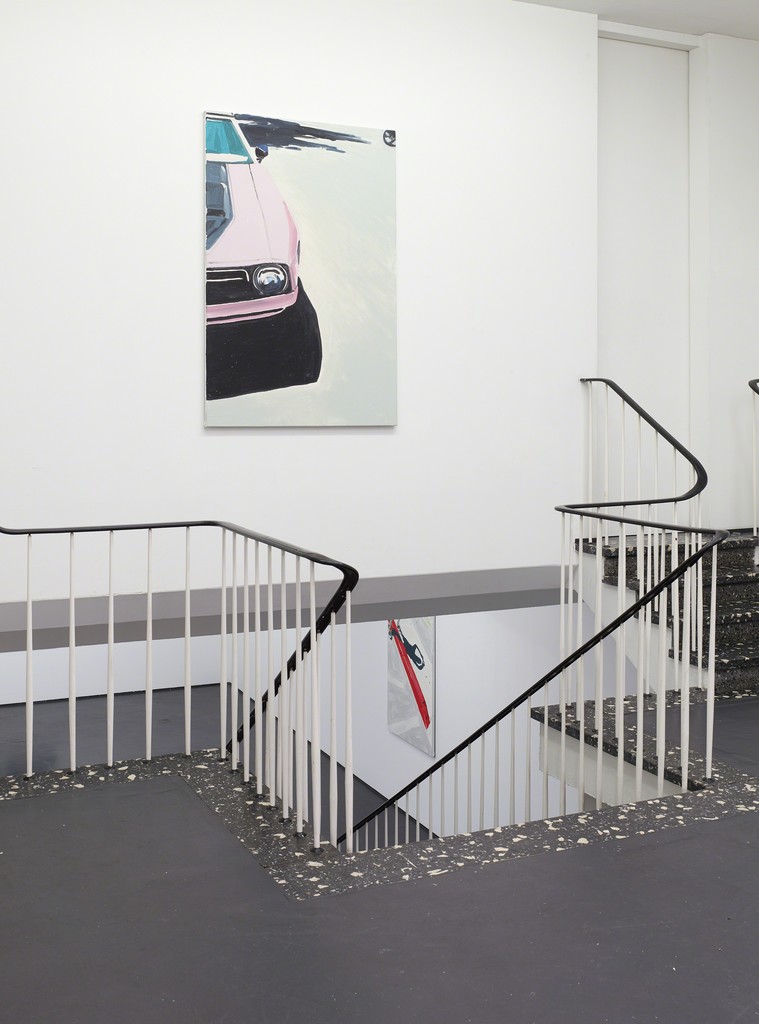 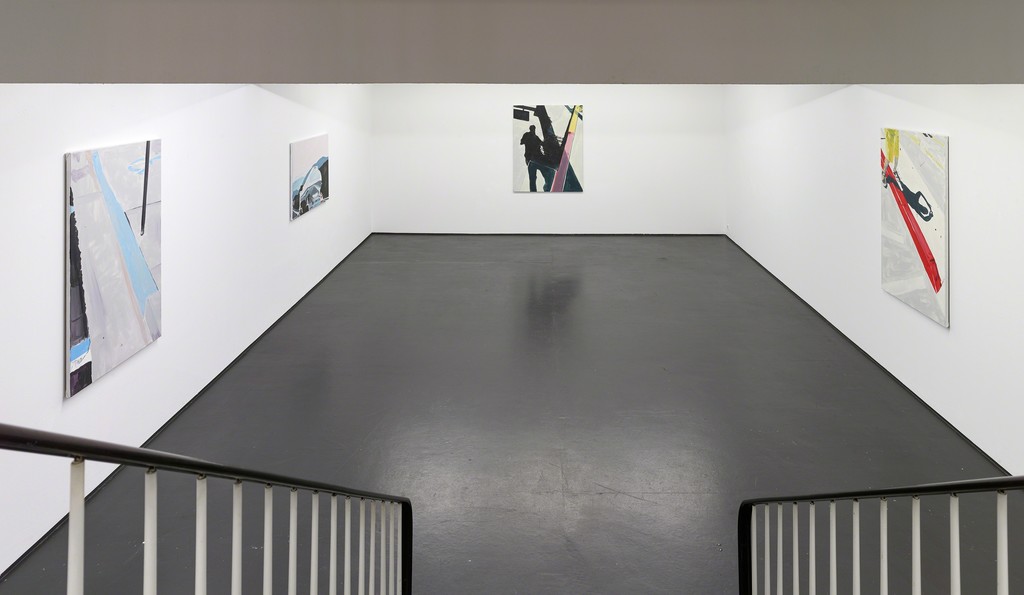 While van den Broek is often seen mainly as a painter of borders or representations of other land- or cityscapes that are normally barely considered to be worthy to be painted, he always dared more than just fulfilling the cliché. Thus, he created works that did not use photographs taken mainly during prolonged trips to the South of the USA as the basis of his paintings. On the contrary, in the last years he has composed rather abstract works with the help of Photoshop. For that matter he isolated elements of earlier paintings and reassembled them in new compositions in Photoshop. And these compositions were used as basis for the new paintings. He remained true to what he had done before by using self-created blueprints for his paintings, however, he superseded the photograph and its depicted reality.
With the works that will be shown in the upcoming exhibition, Koen van den Broek seemingly regressed. Because we see, more than ever, readable landscapes, objects, and persona, everything is directly related to his photographs that are used again one on one for the composition. In some of the works he even adds a somewhat uncanny atmosphere.
While this new development seems to be a step back, one should not forget that van den Broek's œuvre was always characterized by swinging forward and backward, motivated by the search for the answer to the question what is possible in today's painting, taking into account the contemporary techniques and possibilities. For this reason he used, in the beginning of his career, photography as a 'sketch' for his paintings that can be seen as a mixture of abstraction and figuration, stressing equally form and content. And again for this reason he used Photoshop for the compositions in his more recent paintings.
Now, van den Broek introduces the subject, the human being, and his moods to his painting. This extension – compared to what he did in his earlier painting – certainly is a reaction to what happens in our contemporary world. We experience human crises and tragedies that are broadcasted daily. However, van den Broek does not depict what happens, he has not assumed the role of the reporter of the contemporary situation. But by intensively introducing the Other and himself to his paintings (for instance in Self Portrait. Pool) he is positioning himself in his world and showing us in the same time that this emotional aspect can be part of painting too.
In the end, his interest remains in the conditions and possibilities of painting, that he has analyzed since years and that he is demonstrating as a painter. He is also interested to not be reduced to a specific, linear direction, suggesting the modernist phantasm of a targeted evolution as real. Rather, he shows us with his œuvre that everything is equally eligible without loosing the sight of the quality of painting. And this is what defines also our current
exhibition.