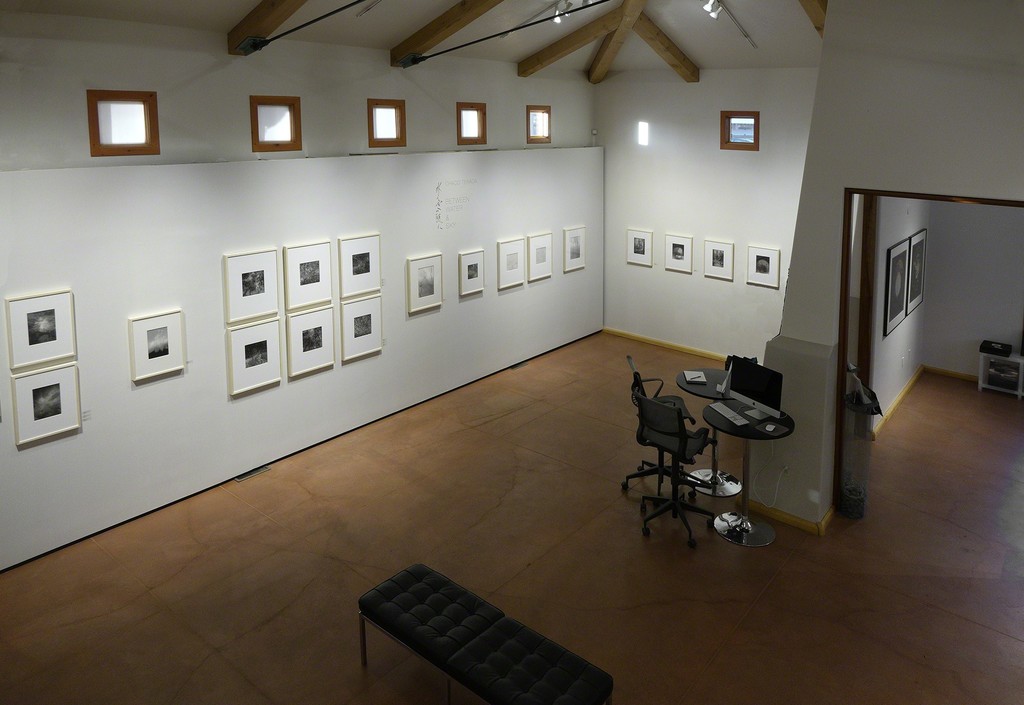 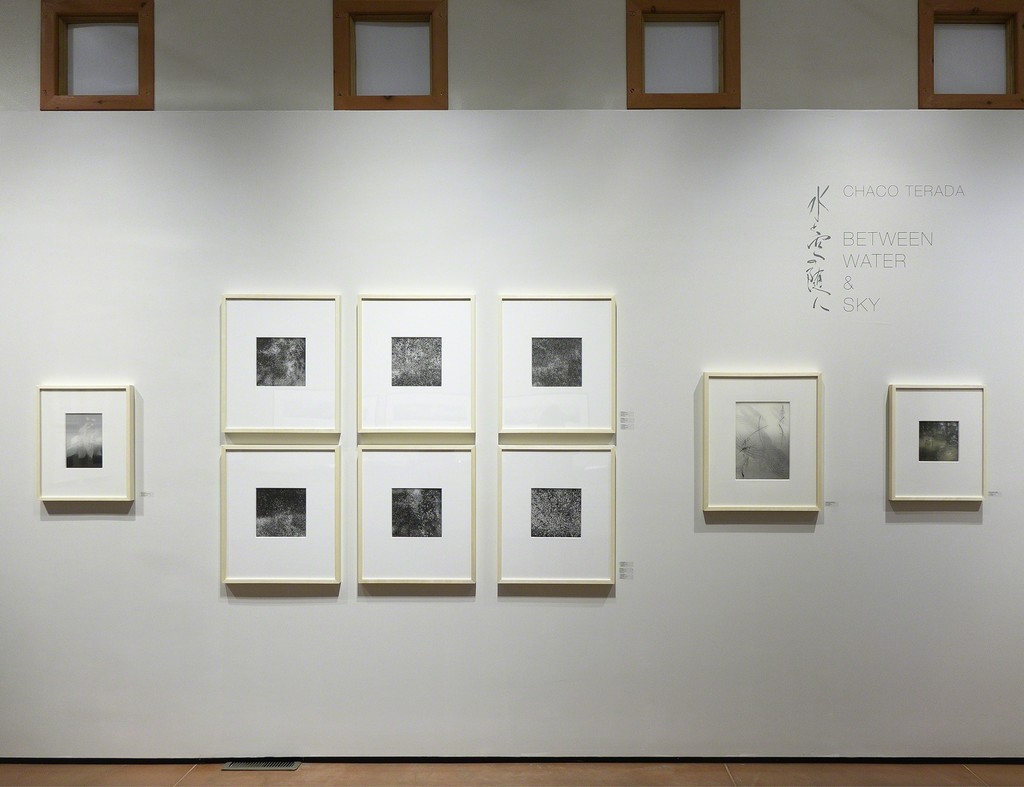 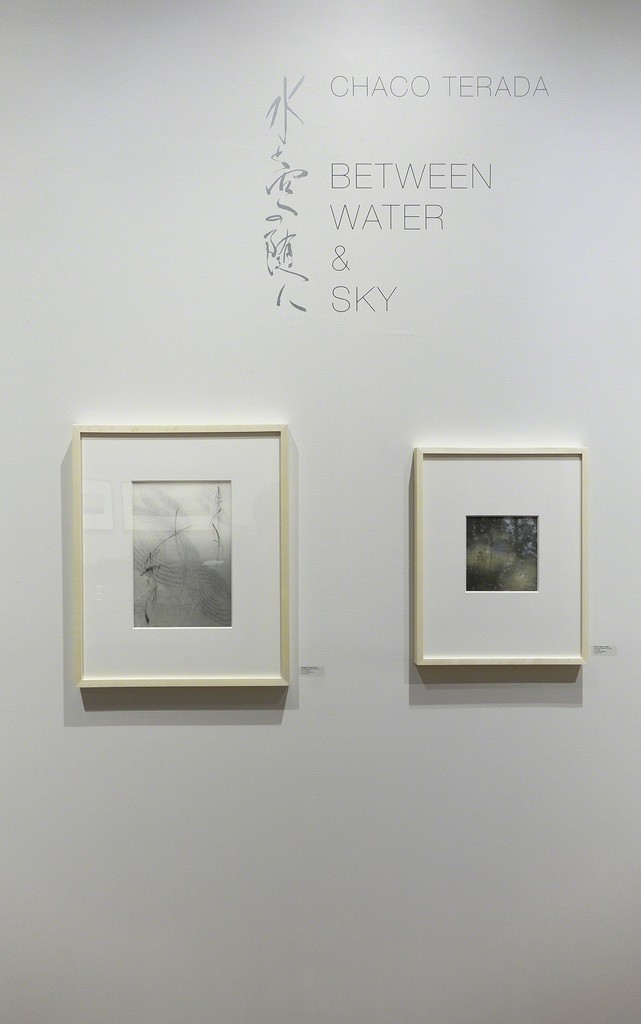 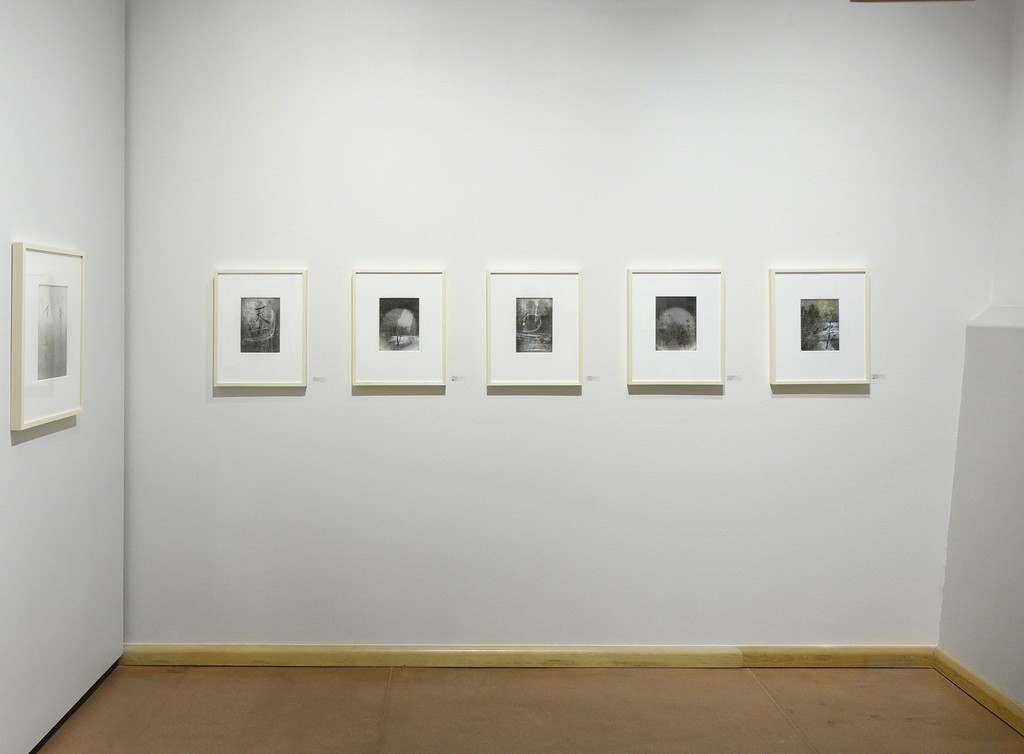 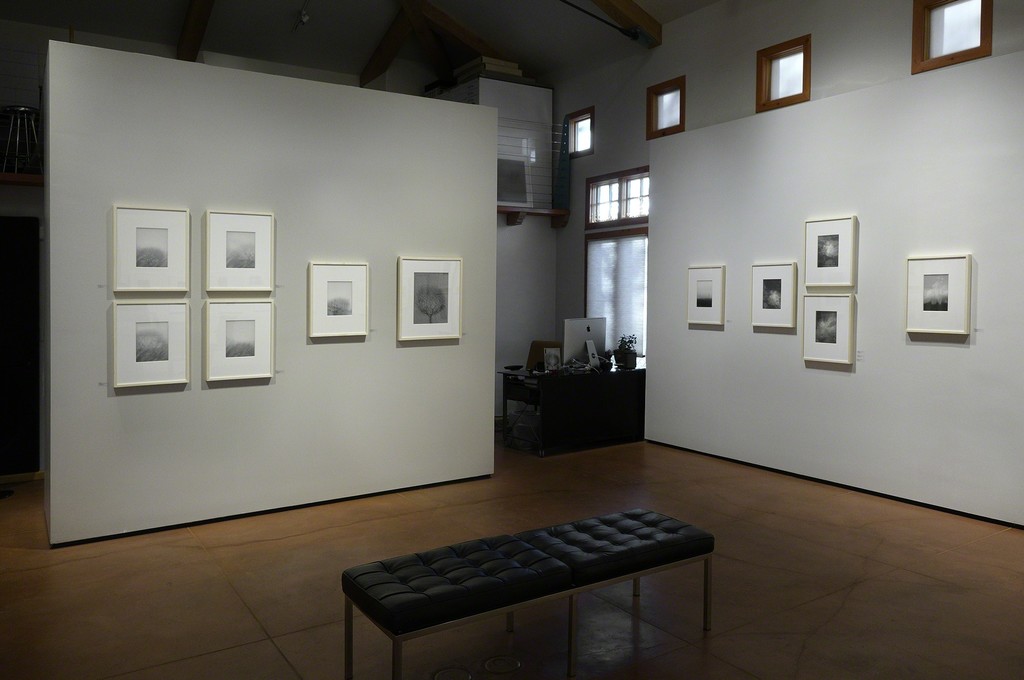 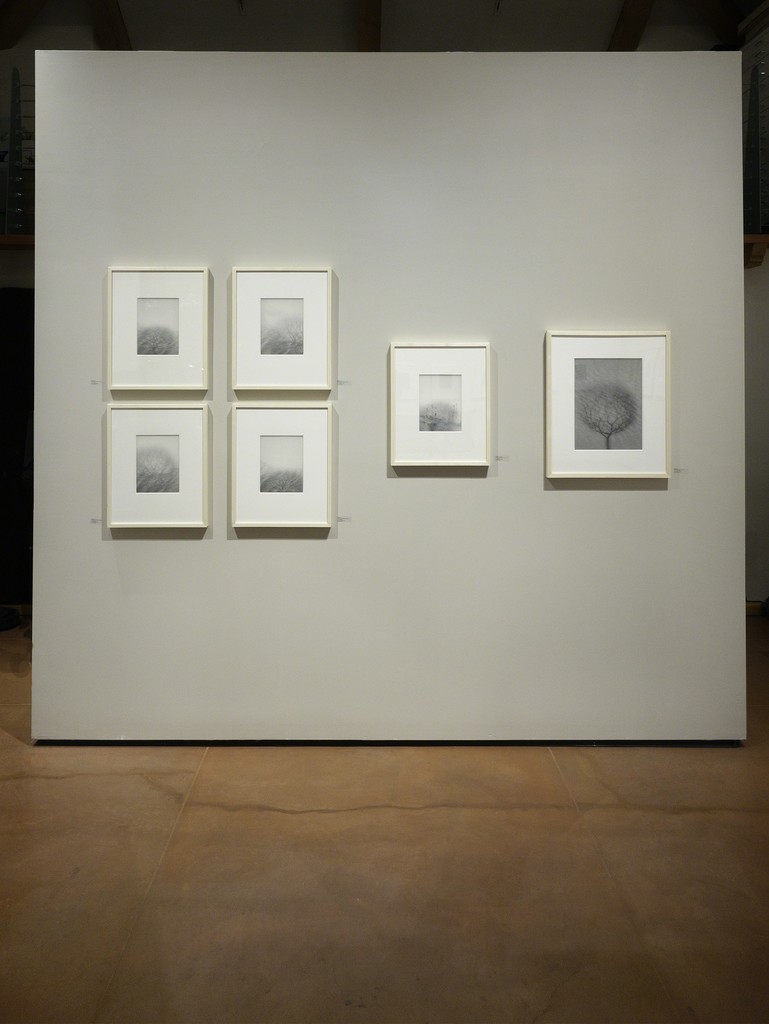 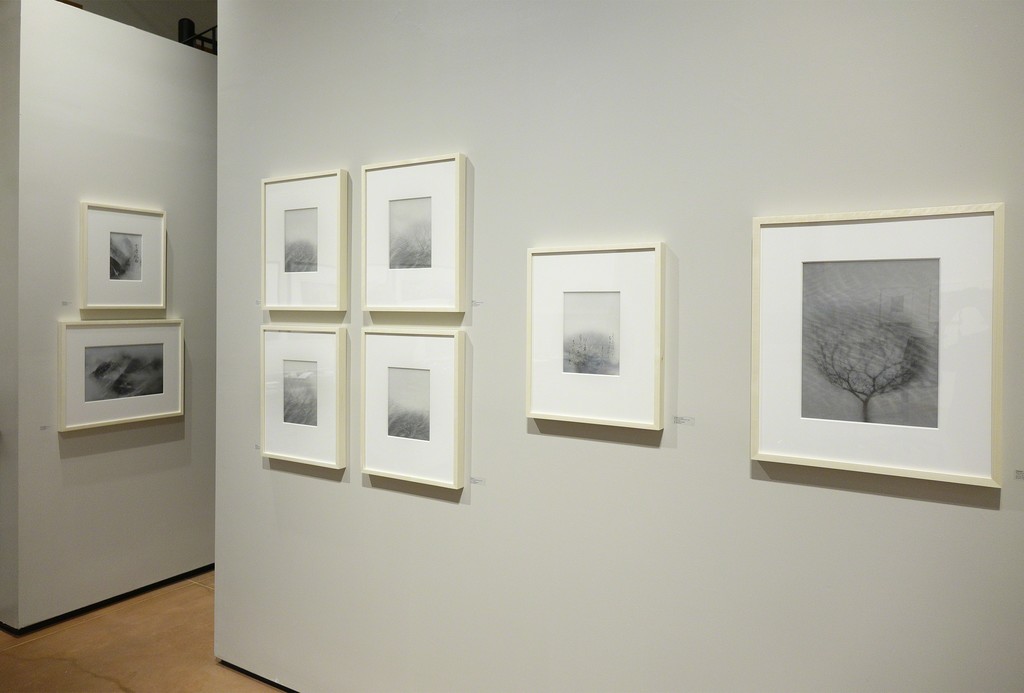 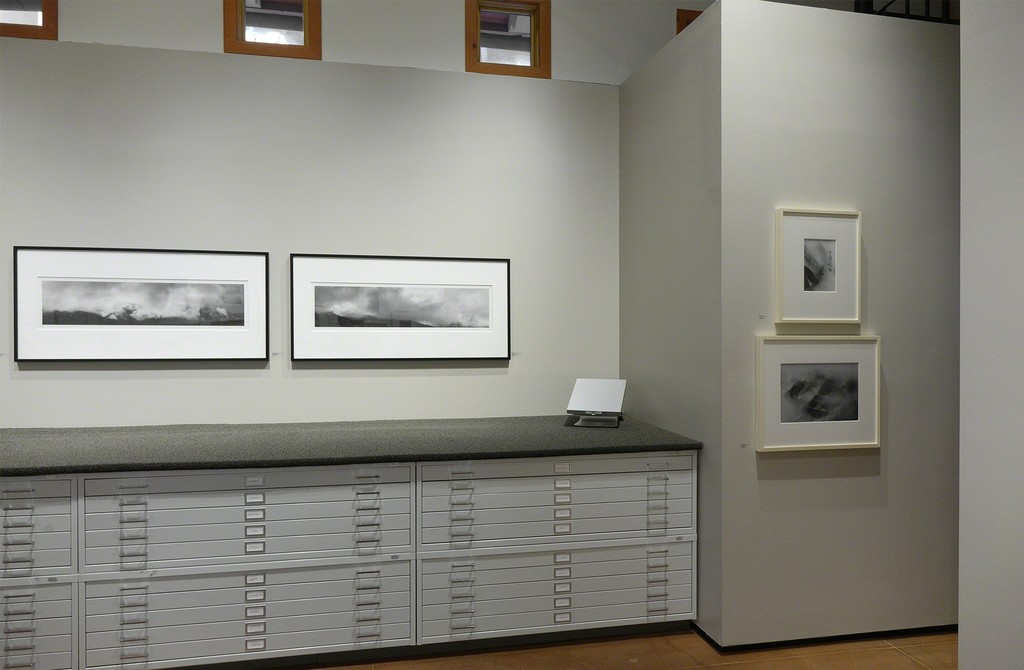 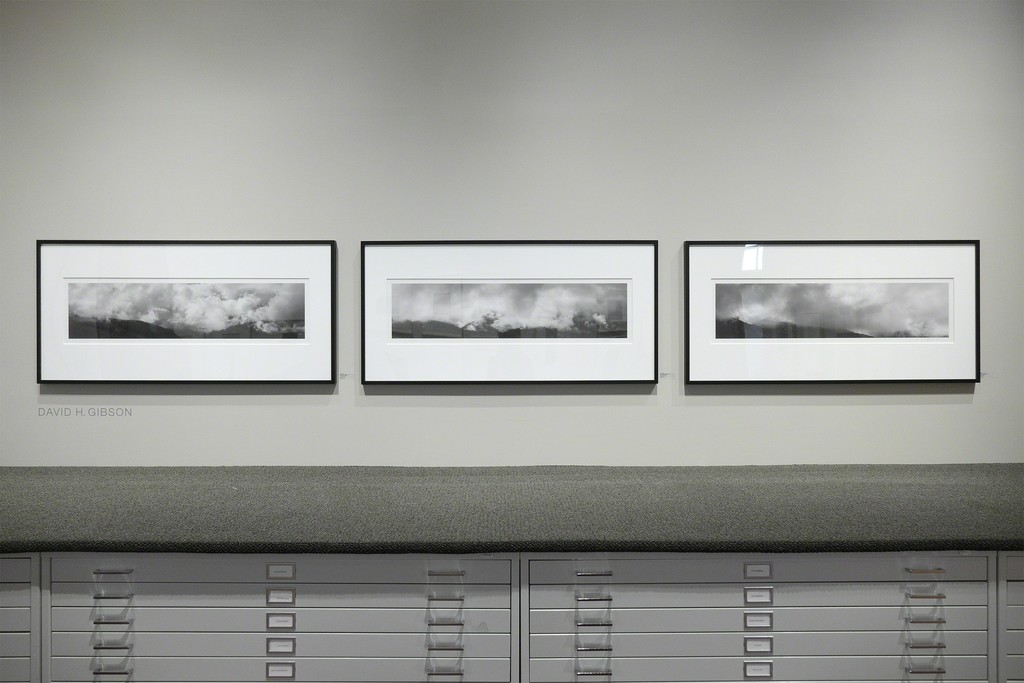 ABOUT THE EXHIBITION
photo-eye Gallery is proud to announce a new exhibition of unique photographic works on silk by Chaco Terada entitled Between Water and Sky, showcasing various projects produced by Terada between 2005 and 2015. The Opening and Artist Reception will take place on Friday December 11 from 5–7 pm and the exhibition will continue through January 16, 2016.

ABOUT THE ARTWORK
Chaco Terada’s work addresses notions of light, time, and space – but in a completely unique fashion. Printed on two layered silk screens bound and separated by mats, her images literally hold light and space within the picture. Quiet and contemplative, the image changes ever so slightly as you move around it, reacting in space, and allowing cherry blossoms to flutter, water to ripple, and brushstrokes to float as if in air or on water. Terada’s visual experience is captivating, speaking of transient states and giving rise to meditative moments. Meditation is a key role in the creation of her images. The images vacillate from the observation of natural elements to the active practice and expression inherent to the calligraphic brushstroke. Though she draws inspiration from traditional Japanese culture and calligraphy the final result is a modern and personal approach. The creation of the images, populated by her own photographs and expressive ink strokes serve as meditative moments for both the artist and the viewer. Due to Terada’s painterly process many of the works in this exhibition are one of a kind.

ABOUT THE ARTIST
Chaco Terada was born in Toyama, Japan in 1963. Her first introduction to artistic expression was the practice of calligraphy at age four. The calligraphic tradition was passed down from her father, Yhohei Terada, a master practitioner, and would become a lifelong practice utilized in both teaching – which brought her to the United States – to an instrumental technique in her artwork. Terada’s artwork has been exhibited nationally and internationally including a retrospective at The Crow Collection of Asian Art in Dallas, Texas the same city in which the artist currently lives and works.