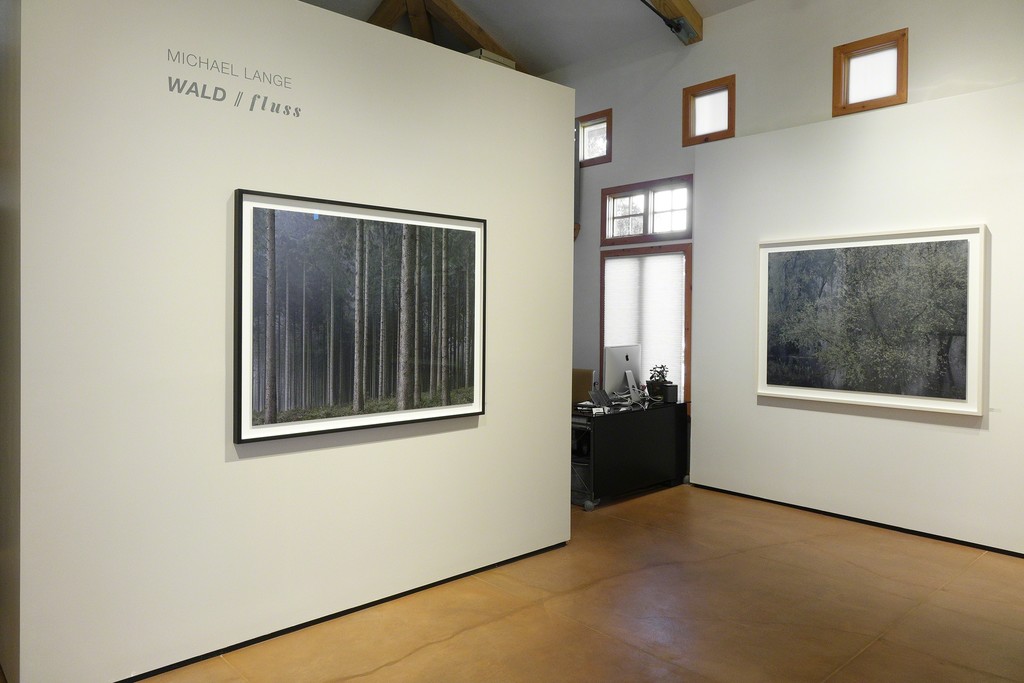 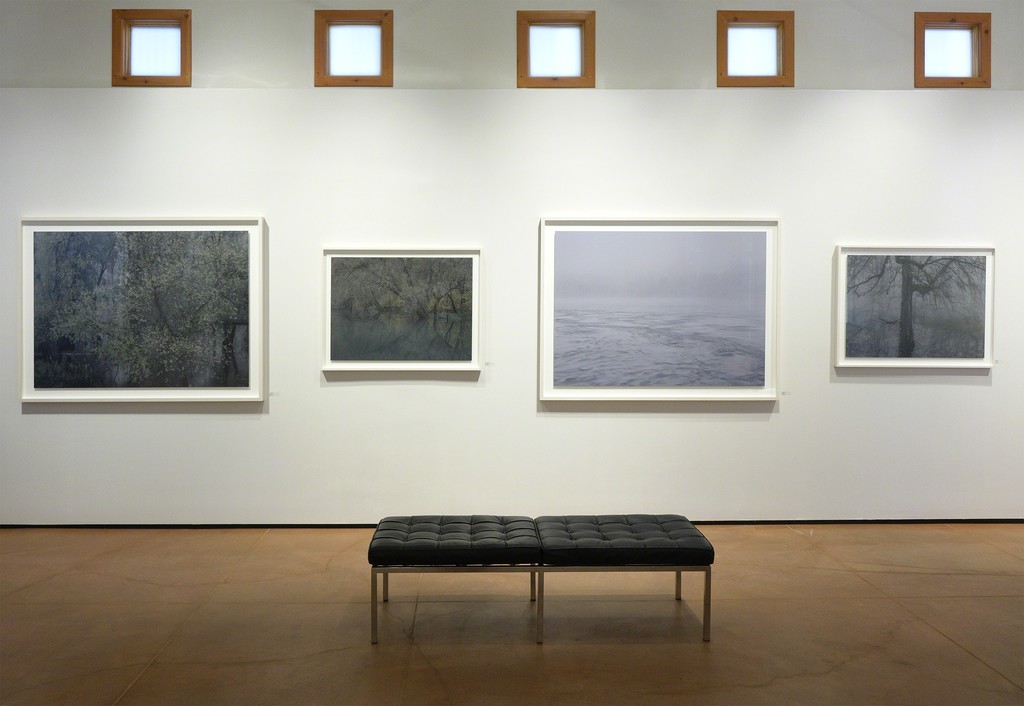 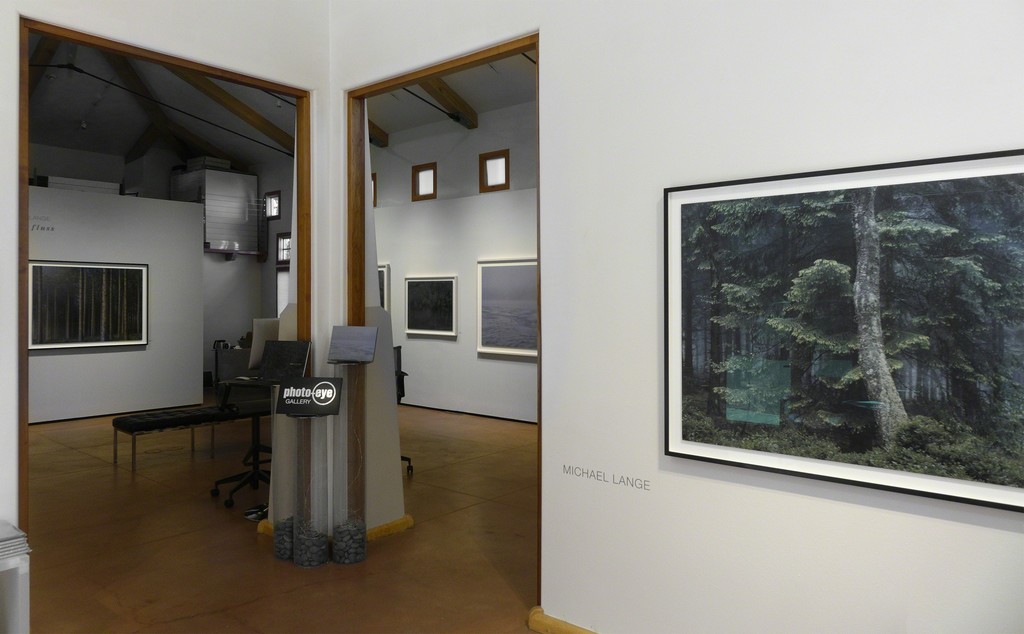 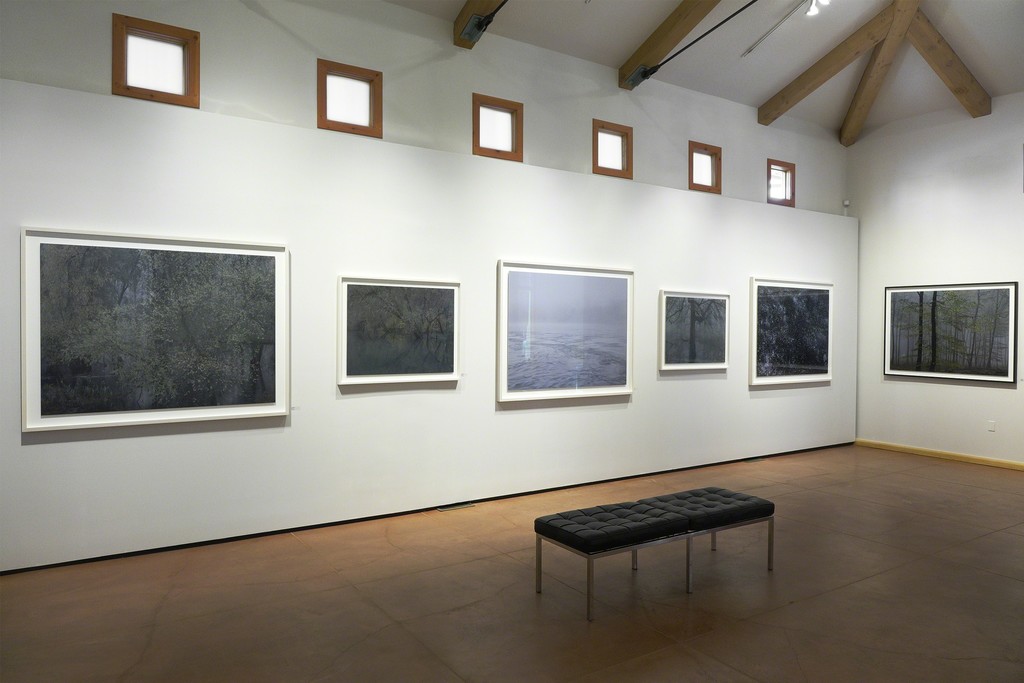 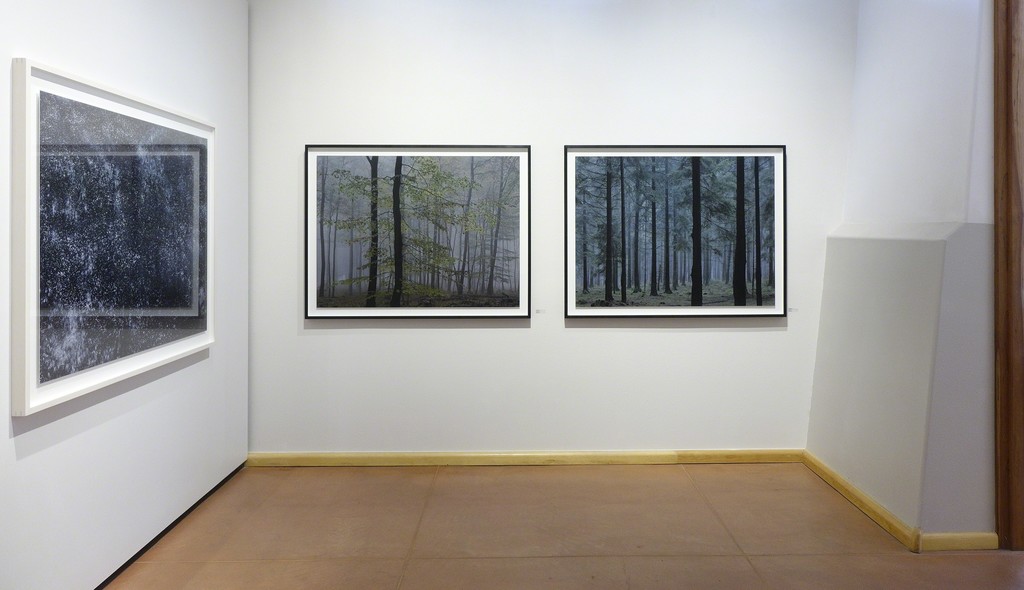 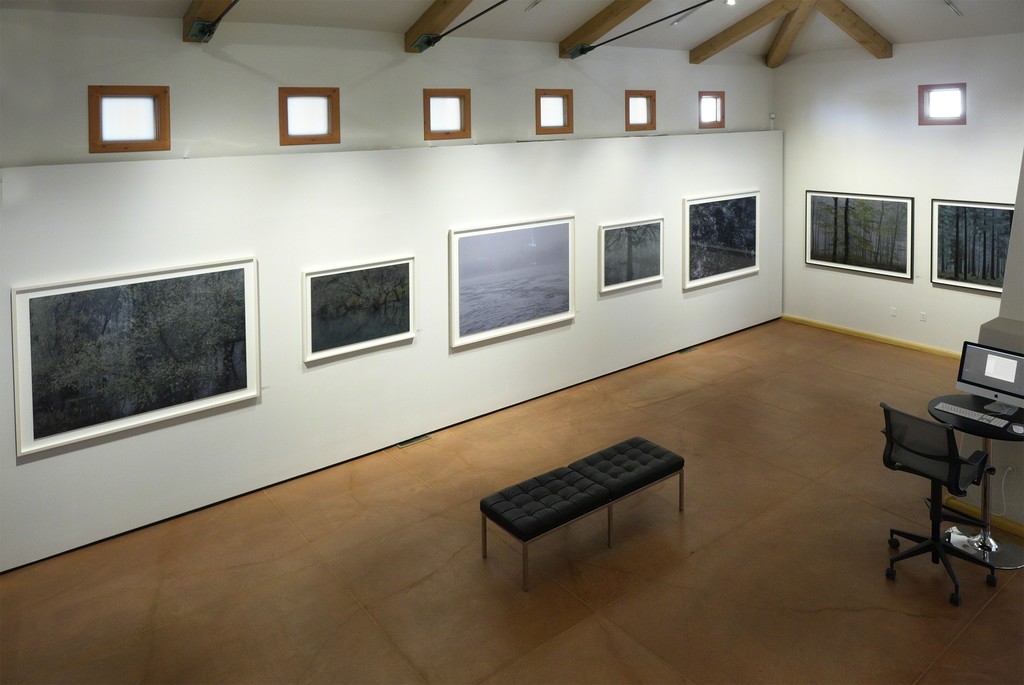 photo-eye Gallery is excited to announce WALD | FLUSS, an exhibition of large format color landscape images by German photographer Michael Lange. This is Lange’s inaugural solo exhibition in the United States and photo-eye is proud to debut a selection of photographs from his series FLUSS, recently published as a monograph by Hatje Cantz, as well as photographs from is previous body of work WALD. Lange will be in attendance at the exhibition opening Friday, August 28th, and will be signing copies of his books from 5–7 PM.

WALD, German for woods, focuses on the forest as a symbolic and emotional location. The etymology of wald finds its root in the word ‘wild,’ – uninhabited, untamed, or unrestrained. Lange’s invitingly eerie landscapes wholeheartedly embrace this notion, capturing the primordial essence of the forest as a place of wonder, peril, and promise. WALD is the forest of fairy tale – subdued, silvery, and luminescent, the hushed scenes in WALD vibrate with sublime anticipation. FLUSS, German for river, is a similar interpretation of the Rhine photographed over a three-year period. According to Lange: “My images express a longing for pacification, depth, and beauty – the desire to lose one self. A part of my work is to trace the unceasing process of change until a landscape is in harmony with the internal images that express my feelings.” Dr. Christian Stahl in his discussion of FLUSS notes: “With all its lightness and beauty the apparently motionless surfaces of the water suggest hidden depths below. In the breath-taking, abstract detail of its agitated surfaces, the river … unfolds its entire driving and formative power. The finest gradations of tone and color produce compositions of atmospheric intensity and distilled clarity.”

Michael Lange is a self-taught photographer who has exhibited extensively in Europe including Robert Morat Galerie, Hamburg, Alfred Ehrhardt Foundation, Berlin, Photofest "La Gacilly", France, Art Cologne and has received grants from both the Culture Foundation, Bonn, and the Kulturfonds VG BildKunst. His monographs include WALD, 2012, and FLUSS, 2015 both published by Hatje Cantz. Michael Lange currently lives and works in Hamburg, Germany.